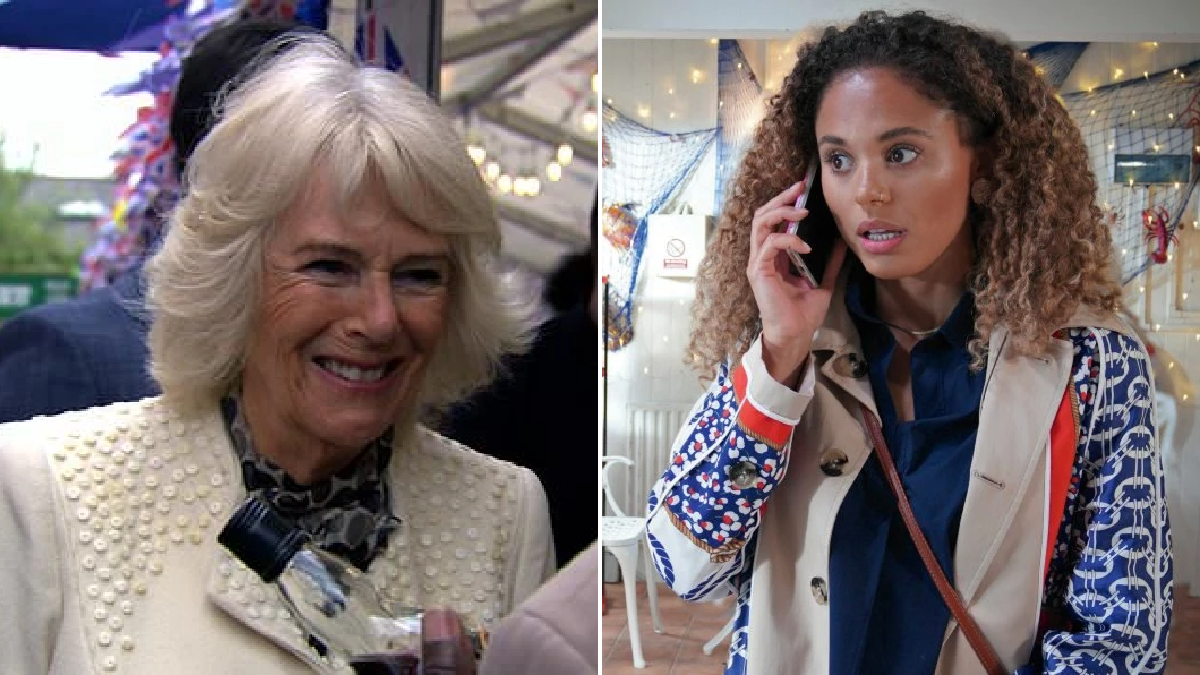 Prince Charles and Camilla paid a visit to Walford in tonight’s EastEnders as part of the Queen’s Platinum Jubilee celebrations.

The arrival was thanks to Mick (Danny Dyer) and Linda (Kellie Bright), who booked the Royals for the street party.

When Charles and Camilla arrived, Mick and Linda set about introducing them to their friends and family.

Charles asked Jack how he manages to keep the residents in check, and he jokingly responded with ‘I just let them get away with what they want to!’.

Elsewhere, as Sharon (Letitia Dean) watched the big day unfold, an idea started to form in her head.

Sharon politely asked Camilla to follow her to the new tree in the Square gardens that Karen (Lorraine Stanley), Bernie (Clair Norris) and Martin (James Bye) had planted in memory of Chantelle.

The Duchess of Cornwall was given a purple ribbon and hung it on Chantelle’s tree, announcing ‘this is for all victims of domestic abuse’.

Chantelle, as viewers remember, died at the hands of her abusive husband Gray Atkins in 2020.

Following the emotional moment at Chantelle’s tree, Karen and Bernie joined their fellow Walford residents to raise a toast and watch Charles and Camilla cut a specially made cake for the Jubilee.

Taking place from Thursday, June 2, to Sunday, June 5, the celebrations mark Her Majesty’s record-breaking 70th year on the throne.

Across the UK, there will be street parties, concerts, and other special events attended by the Queen and senior members of the Royal Family.