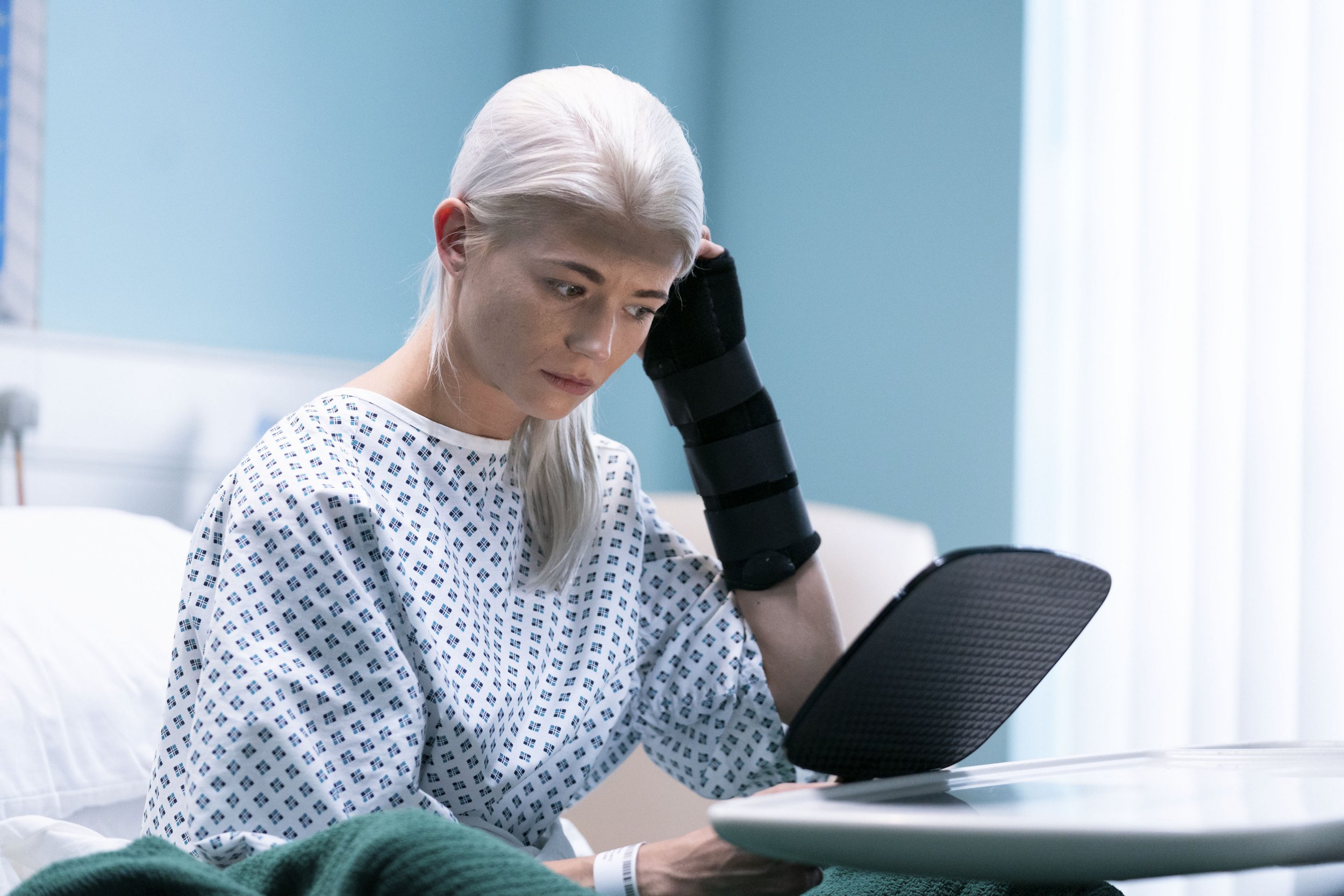 Lola Pearce is set to die in a devastating brain tumour storyline, and now EastEnders boss Chris Clenshaw has opened up about killing off Danielle Harold’s character.

Writing out Danielle was a controversial decision that sparked a passionate response, but many fans are now on board with one of soap’s most powerful stories.

Praise has flooded in for both Danielle, and Jamie Borthwick, who plays Jay Mitchell, for their emotive performances.

Lola has just been told that her prognosis is a tragic one; she will not survive her cancer.

‘It’s such an important issue to tell, and Danielle is doing a phenomenal job,’ the producer, whose work on the soap began screening earlier this year.

‘When you play big stories it has to be with characters you love. Lola is a much-loved character – she has grown up in Walford and is very close to the audience’s heart, which is why her story matters so much.

‘We wouldn’t do this story with anyone, but it is an important story that needs to be told.’

On whether it was a tough choice to make, Chris added to Inside Soap magazine: ‘Of course, that is the nature of soap, it’s always tough and we don’t like to say goodbye.’

Throughout Lola’s tenure on the show, she has had a moving on/off romance with Jay, who is ultimately her true love.

And this was important for Chris, as he insisted that the couple belong together on the show, regardless of the storyline.

‘I wanted Lola and Jay back together, especially for this story,’ he said. ‘Although I probably would have found a way to reunite them, as I think they’re meant to be together.

‘Certainly for this story, as it’s an emotional one. And there’s a love story at the heart of it.’

Danielle, who has played Lola on and off since 2011, revealed to us that taking on such a big storyline is a ‘massive responsibility.’

‘There’s so much pressure to make sure you get it right and keep it as true for the audience as you can,’ she told Metro.co.uk on the red carpet at the Inside Soap Awards.

‘That’s why we’ve been trying to make sure we keep it on point and all the research is used and it’s been great.’

EastEnders is working with Brain Tumour Research and Macmillan Cancer Support on the storyline, which will see Lola and her loved ones deal with her journey.

The actress continued: ‘It’s really difficult, the whole journey of the brain tumour and how hard it really is.

‘I didn’t realise just how devastating it really is until I got into my research and followed the story.

‘We don’t know where it’s going to go yet and where it ends up so I’m not really looking too far down the line and I’m just taking it as it comes at the moment because it’s quite tough, all these steps.’