The pop star looked great and full of attitude as she confidently ripped off her clothes to reveal her stunning figure for viewers. 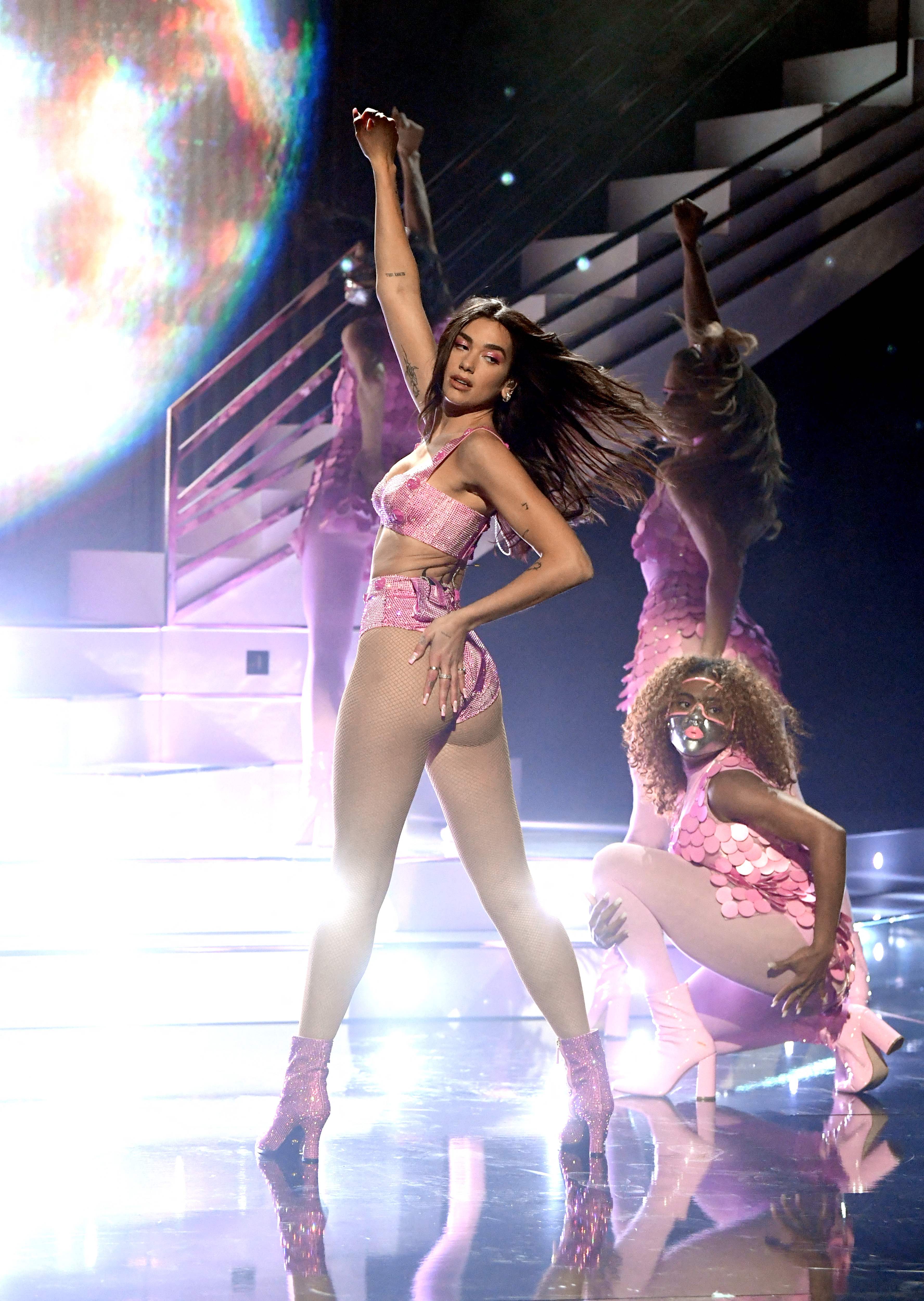 The star entered the stage wearing a voluminous pink ball gown that exposed one shoulder, and revealed a glitzy pink bra beneath.

But as the Londoner turned up the heat as she ripped off her dress.

Confident Dua gave fans a real treat as she sang Don't Start Now, showing off her phenomenal curves in matching lingerie on stage. 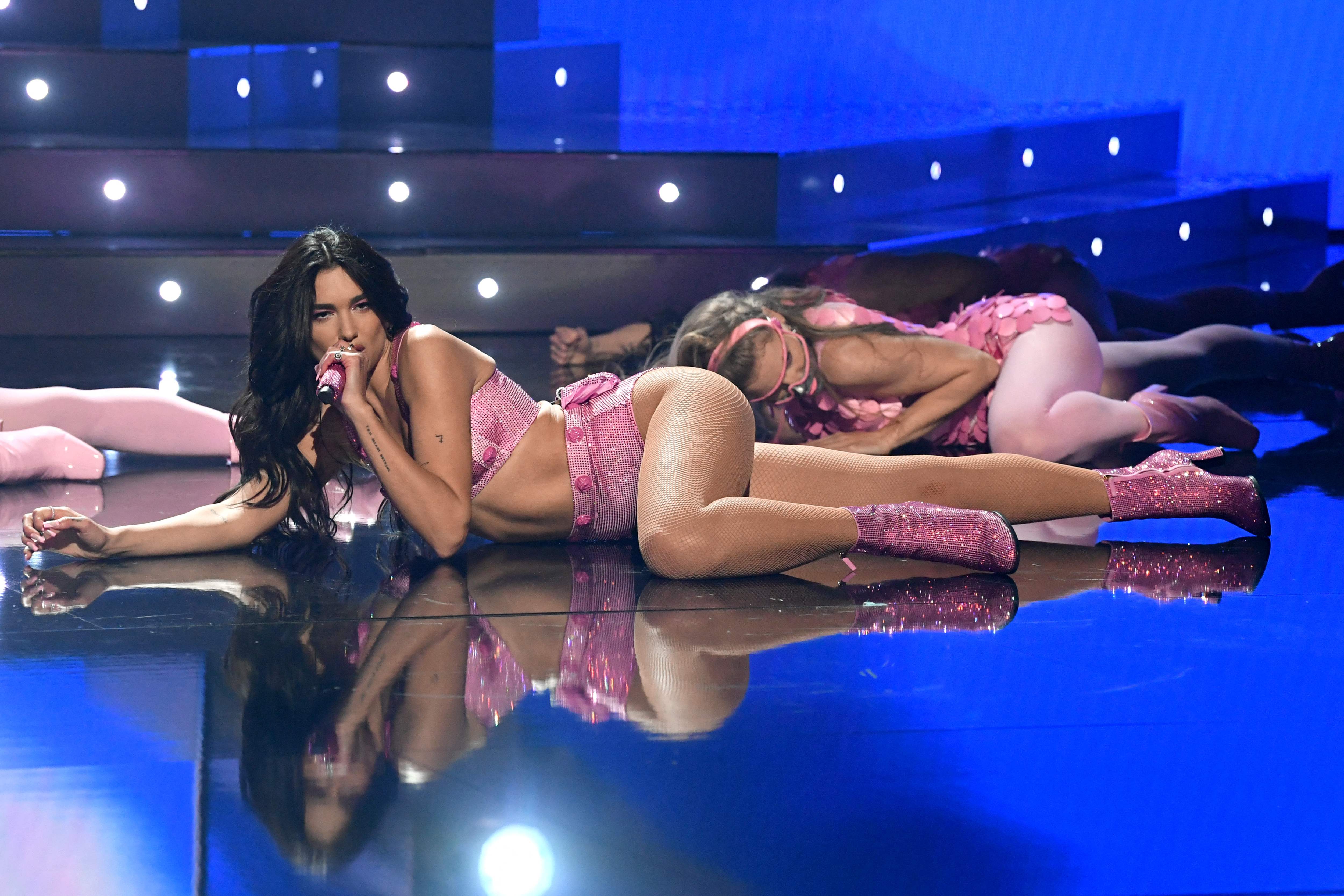 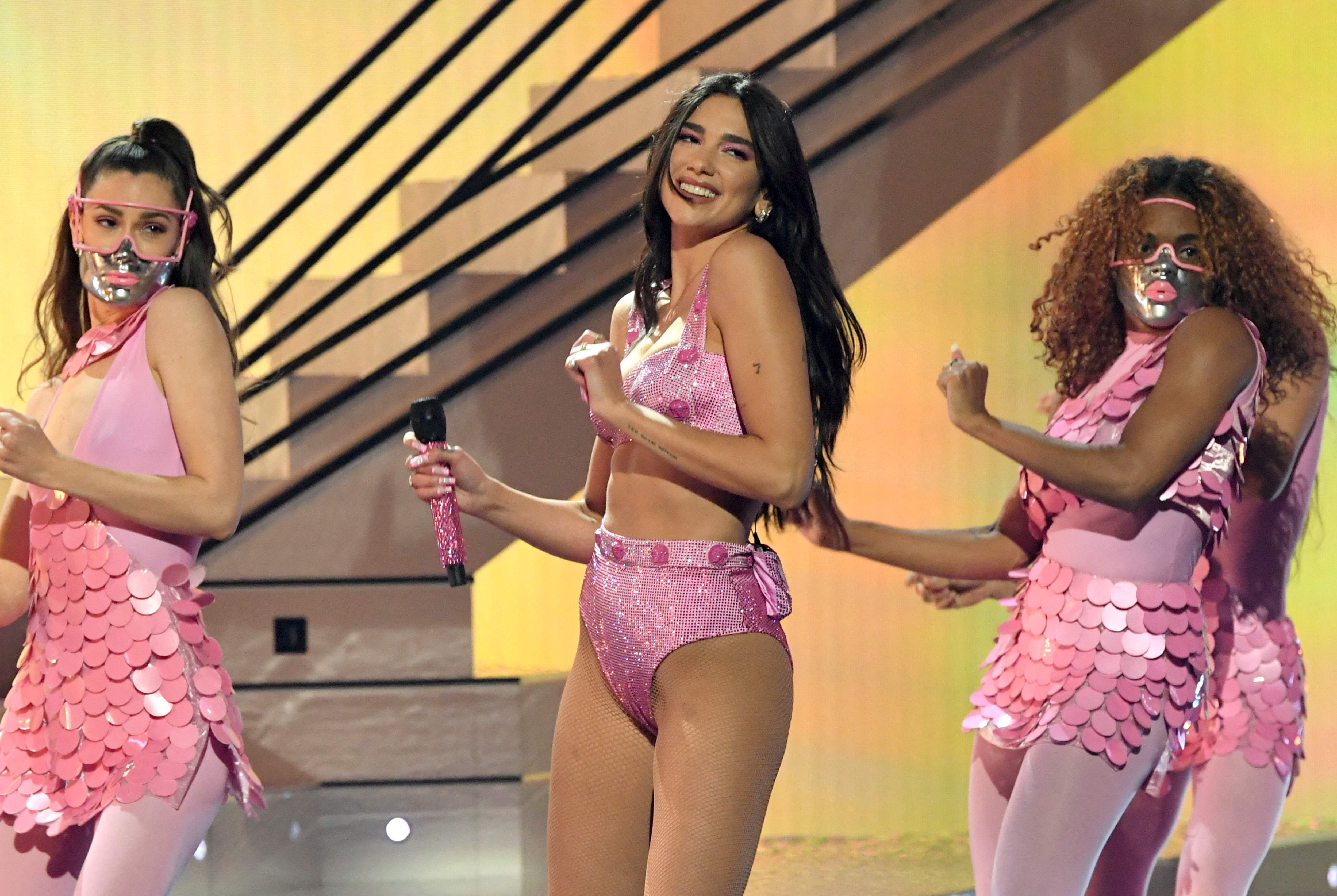 Flanked by a bevy of scantily clad dancers Dua stalked the stage in heeled boots and writhed across the floor.

The singer was nominated for six awards, including Song, Album, and Record of the Year, and walked away with a gong for Best Pop Vocal Album for her record Future Nostalgia.

After being presented with the gong Dua hit the red carpet and continued her pink theme, in a sparkly sheer butterfly-detailed gown with jewelled heels to match.

The singer wore her long dark hair straight down her back and showed off her slim figure with the look. 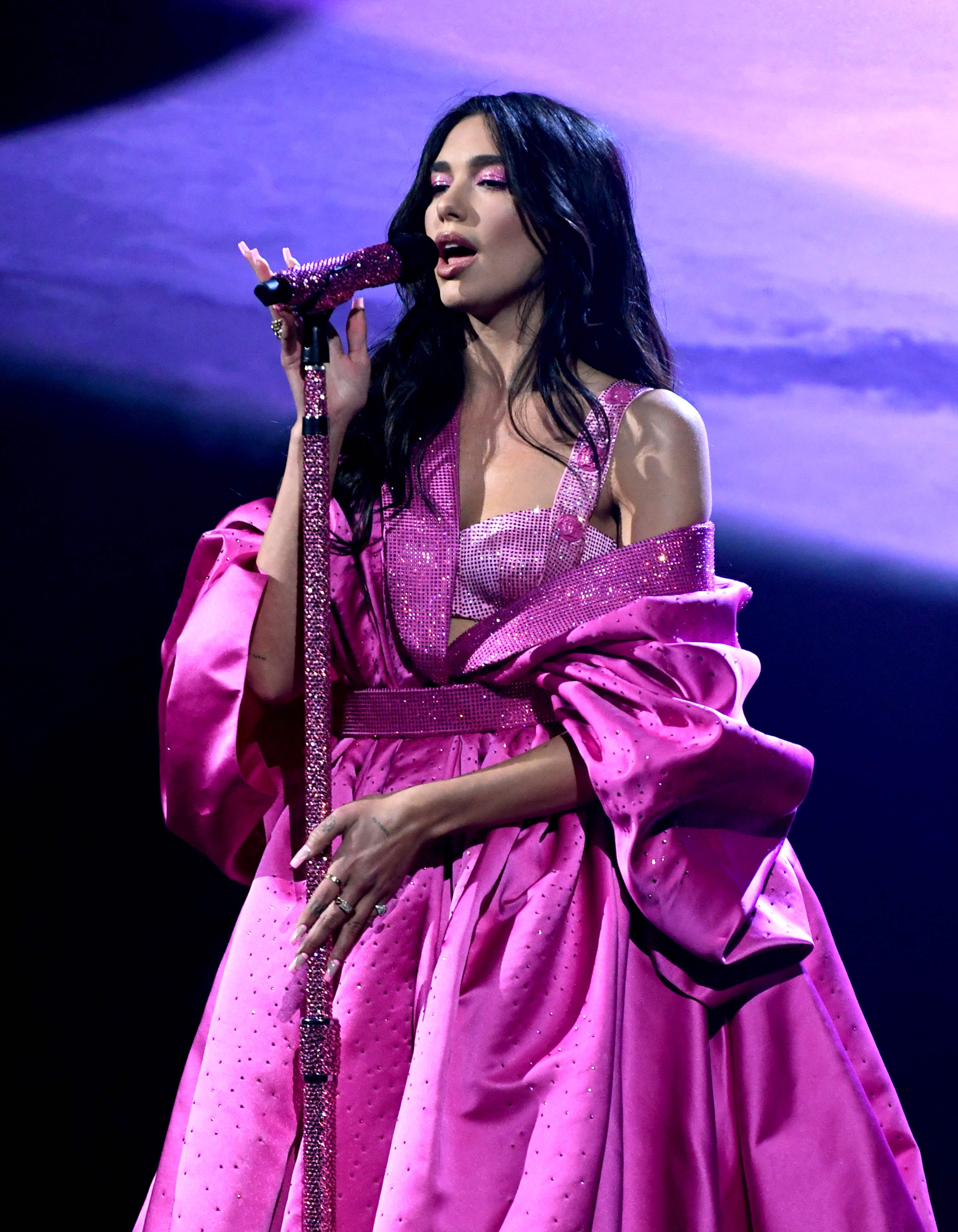 Dua’s second studio album, Future Nostalgia, which came out last year, has scored the British singer six nods for this Sunday’s Grammys, including for Album of the Year and Best Solo Pop Performance.

But while the record has propelled her to super-stardom, Dua insists she wants to keep her feet firmly on the ground.

On US telly, she said: “I’m so lucky that my hobby is my job. 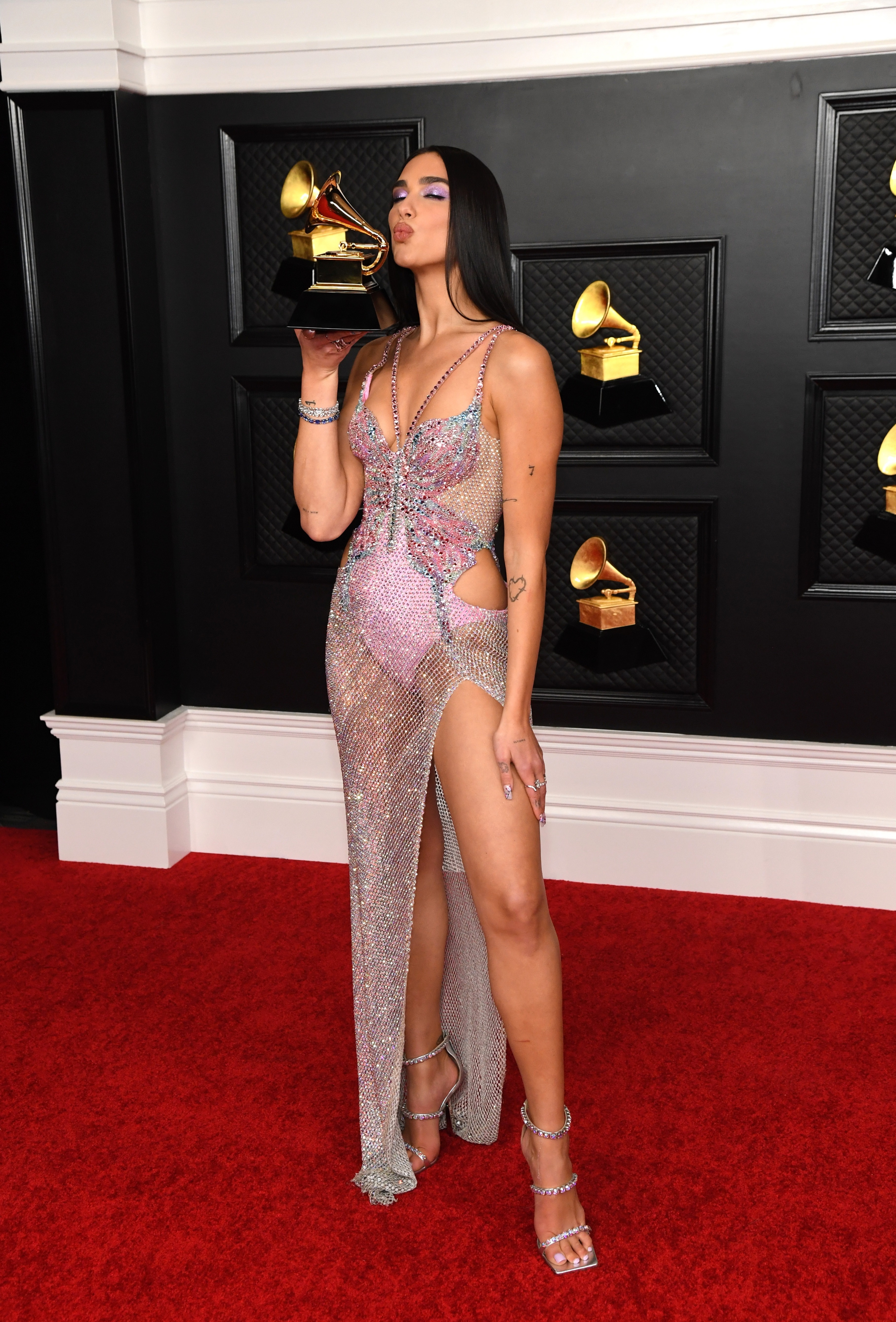 "And I get to do all these incredible things.