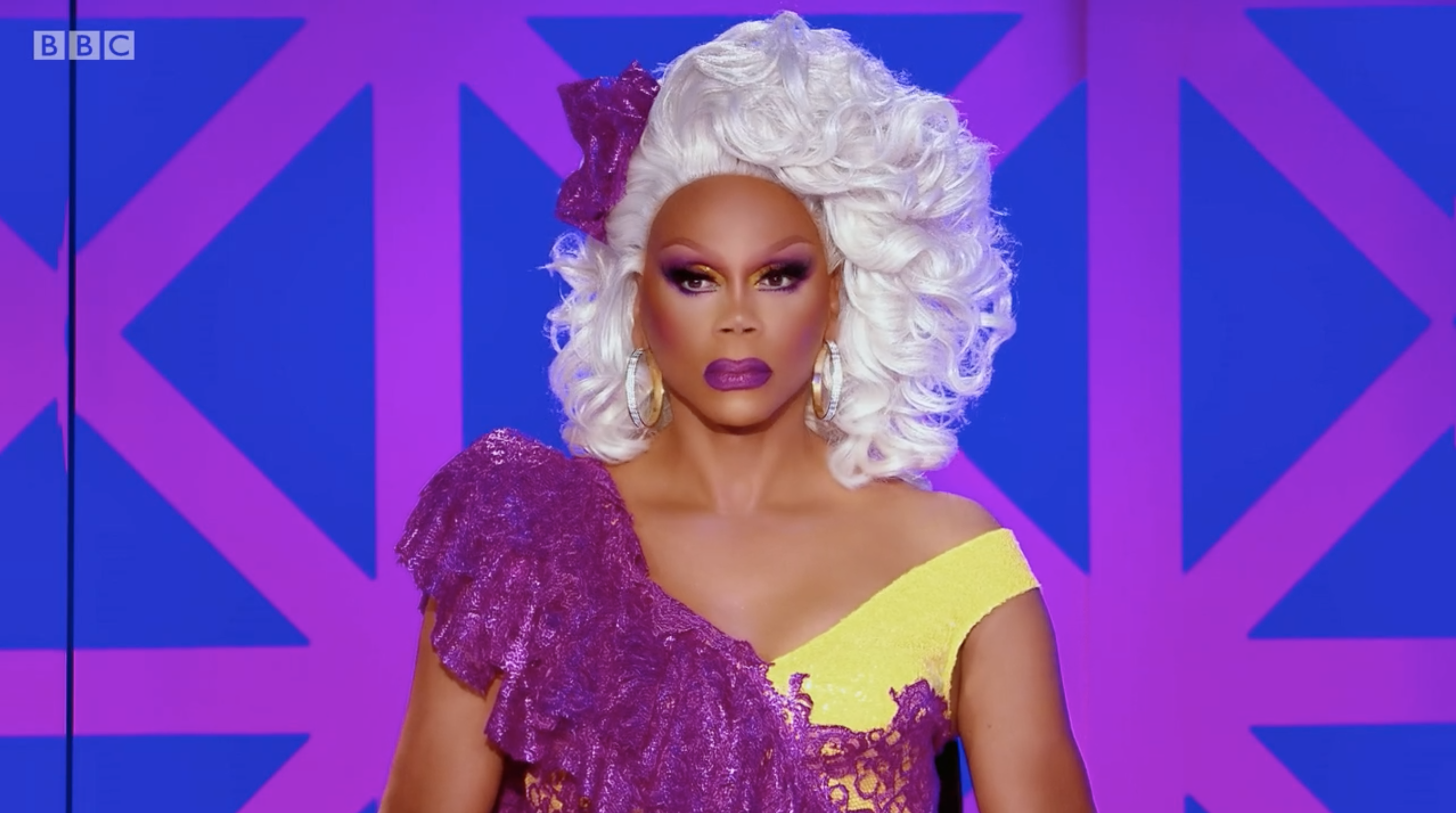 This week’s episode of RuPaul’s Drag Race UK was always going to be tense, with only four queens left.

However, RuPaul spun the entire competition on its head with an elimination twist that no one, including the remaining contestants, could have possibly seen coming.

On the runway, the queens were tasked with putting together their best scene stealer looks, donning stunning ensembles inspired by Cruella De Vil, an Oompa Loompa, Halle Berry in B.A.P.S. and Kate Winslet’s Rose in Titanic.

With all four queens impressing in the challenge and on the main stage, RuPaul made a jaw-dropping decision – to allow all four of the queens to proceed to next week’s semi-final.

This result came as a huge surprise, especially considering the way in which the head judge announced it.

Because… as Ru loves to do… she couldn’t reveal the big news without a spectacular tease.

After the queens discussed in the Werk Room who they thought could be in the bottom two, they came to the conclusion that Vanity and Krystal were the most likely duo.

So, we can only imagine what was going through their minds when Ru announced Vanity as the first competitor safe from elimination.

Krystal was the next one told that she was safe – leaving everyone gobsmacked as the strongest two queens of the week waited nonplussed, desperate to find out what was going on.

Luckily, Ru quickly put them out of their misery, revealing that they were the top two queens of the week and would be lip syncing for the win. Phew!

After performing their lip syncs to Something New by Girls Aloud for judges Ru, Michelle Visage, Graham Norton and extra special guest judge Russell Tovey, Ru revealed the icing on top of the cake.

Not only were Ella and Kitty named the top two queens of the week, but they also entertained so much during their lip sync that it was a draw, earning them both a coveted RuPeter badge.

Now that we have our semi-finalists, who’s going to slay their way to the final? We can’t wait to find out.

RuPaul’s Drag Race UK returns next Thursday at 7pm on BBC Three and is available to watch on BBC iPlayer.