Piers Morgan, 54, and his Good Morning Britain co-host Susanna Reid, 48, were joined by Jon Ashworth, 41, ahead of the polls opening on Thursday morning for the British public to vote on which party they want to lead the government for the next five years. Although Labour leader Jeremy Corbyn, 70, has refused to say if he will remain in his position whatever the result of the General Election, the straight-talking host grilled his guest about whether he would consider replacing the current leader.

The probing came after the Shadow Health Secretary discussed what he would do with regards to the NHS crisis if the Labour party won a majority on Friday.

As the interview came to an end, Morgan pressed Ashworth on whether he believed the opposition could topple the Conservatives.

“I’m saying we are going to win,” the politician told the host, to which he disagreed with the Health Secretary.

With the belief the MP might not get the result he was hoping for, the interviewer turned attention to Corbyn and if he would replace him if he were to stand down. 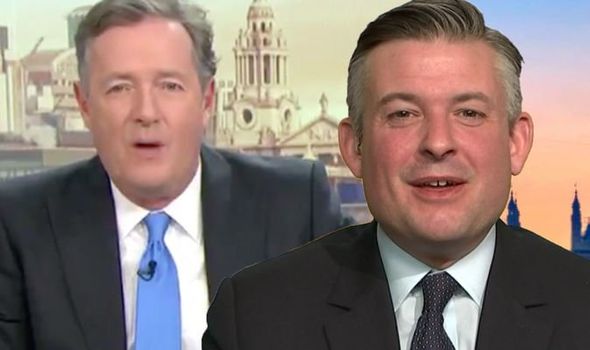 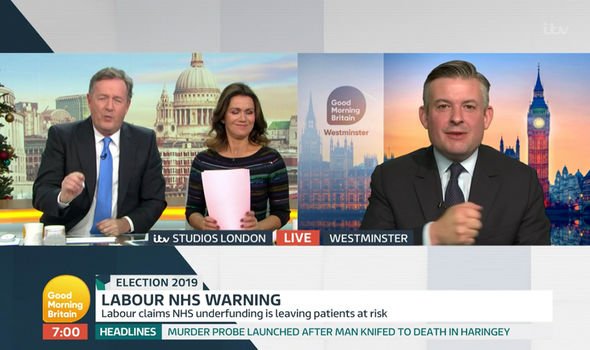 Although Ashworth did respond, his demeanour was one of embarrassment as he tried to shut down any idea he would be Labour leader behind nervous laughter.

Morgan put to the Shadow Health Secretary: “If you lose and Jeremy Corbyn has to stand down, would you put your name in the hat?”

After the politician stated he would “never” want to take the top position, the host persisted to repeat the question over and over again.

“You would never run for Labour leader, that’s what you’re saying?” the interviewer declared. 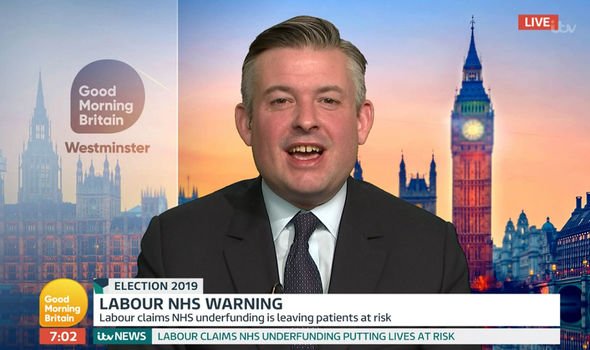 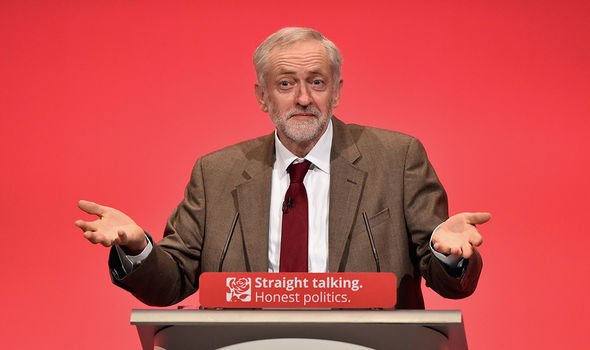 “People don’t want me to be leader of the Labour party, I want to be the Health Secretary,” Ashworth replied.

However, Morgan wasn’t satisfied with the answer and hit back: “That wasn’t the question,” before repeating himself.

The MP replied: “I don’t want to be leader of the Labour party, I want to be Health Secretary.”

Morgan reiterated his question once more, to which the politician looked confused as to why his answer wasn’t sufficient.

After stating he would “never be leader”, the host asked him to repeat himself once again as evidence to bring up in years to come if he were to put his name in the ring.

“I don’t want to be leader,” Ashworth exclaimed.

Rounding off the grilling, the host said: “I look forward to playing that back to you,” before adding: “If you don’t think you’re a leader, that’s fine.”

Shadow Chancellor of the Exchequer, John McDonnell, 68, has also ruled his name of the leader race if Corbyn were to stand down.

Believing the current leader would have to relinquish himself of the role, the Labour MP told GQ Magazine he “can’t see” why Corbyn would stay in the top position.

“I can’t see… I think it is the same for my own personal position, I can’t see so,” McDonnell explained.

“What we’d do is as the tradition, which is have an election for a new leader. I’m still of the view now that whoever comes after Jeremy has got to be a woman,” he commented.

April 10, 2020, Comments Off on Democrats opt for blackmail over small-business money — and the media covers for them
We and our partners use cookies on this site to improve our service, perform analytics, personalize advertising, measure advertising performance, and remember website preferences.Ok