Insiders tell me that rival “dance captains” Cheryl Tweedy and Oti Mabuse are already frosty after failing to hit it off on set. 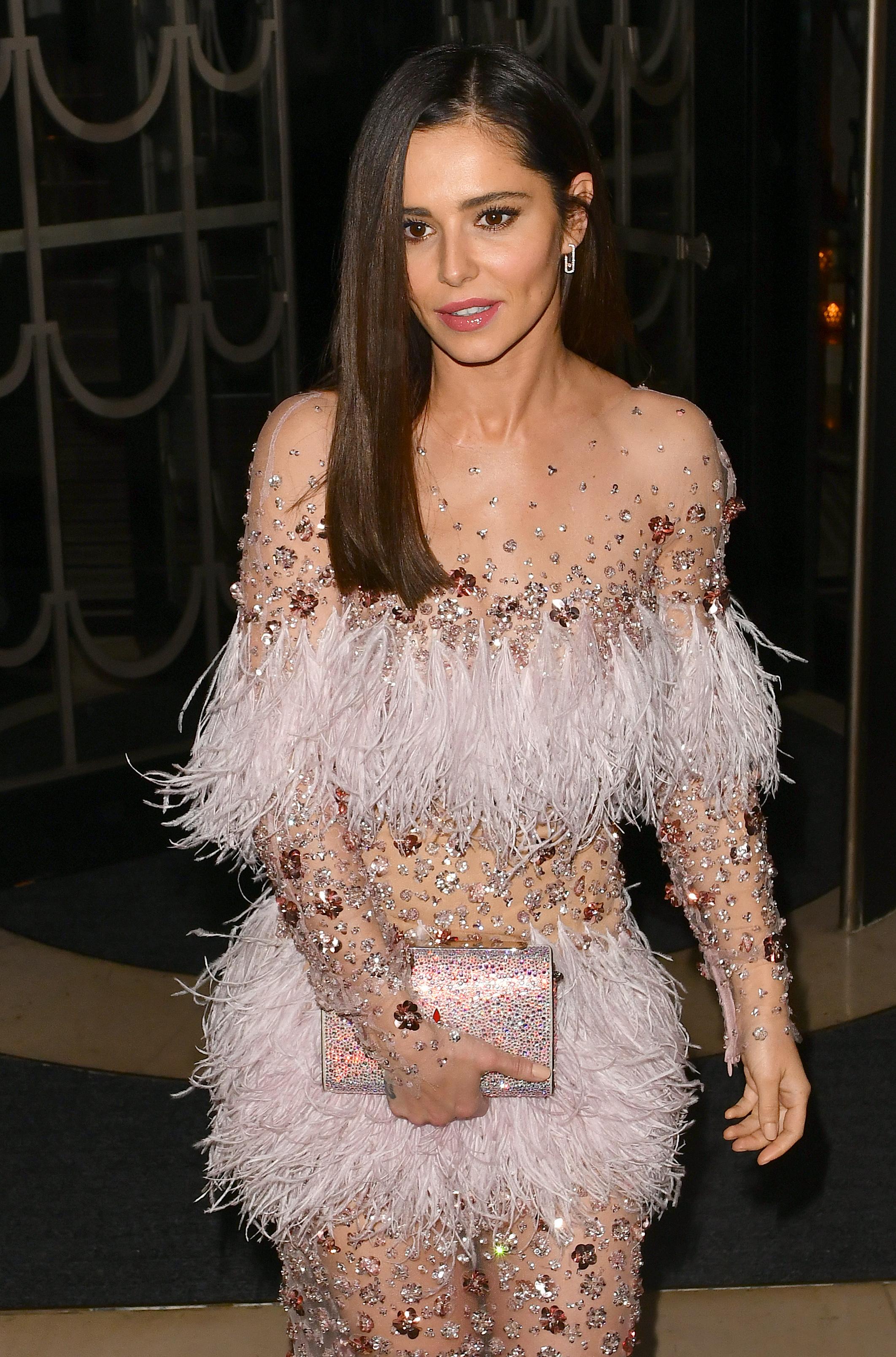 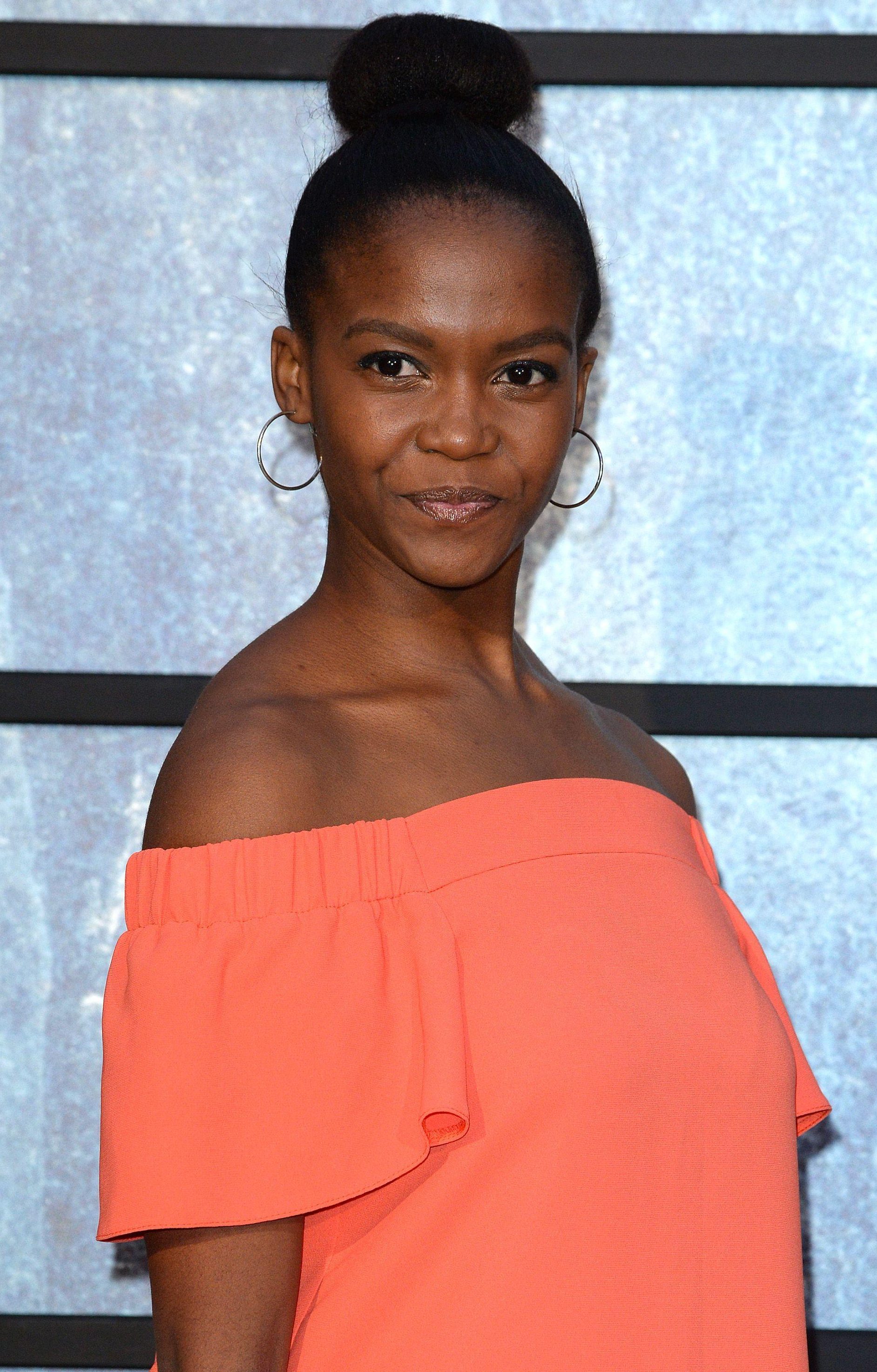 And some proper tension is exactly what this sort of reality TV is desperately missing.

A well-placed source at the show told me: “Cheryl clearly sees herself as the bigger name, even though Oti has impeccable dance credentials. It’s created a real atmosphere.

“Cheryl arrived with such an air of superiority — a few of the crew thought she was being a bit of a diva.

“Oti has years of dance competition experience alongside Strictly where she’s been massively popular with fans – but has absolutely no ego at all. They didn’t seem to gel and it was pretty uncomfortable.” 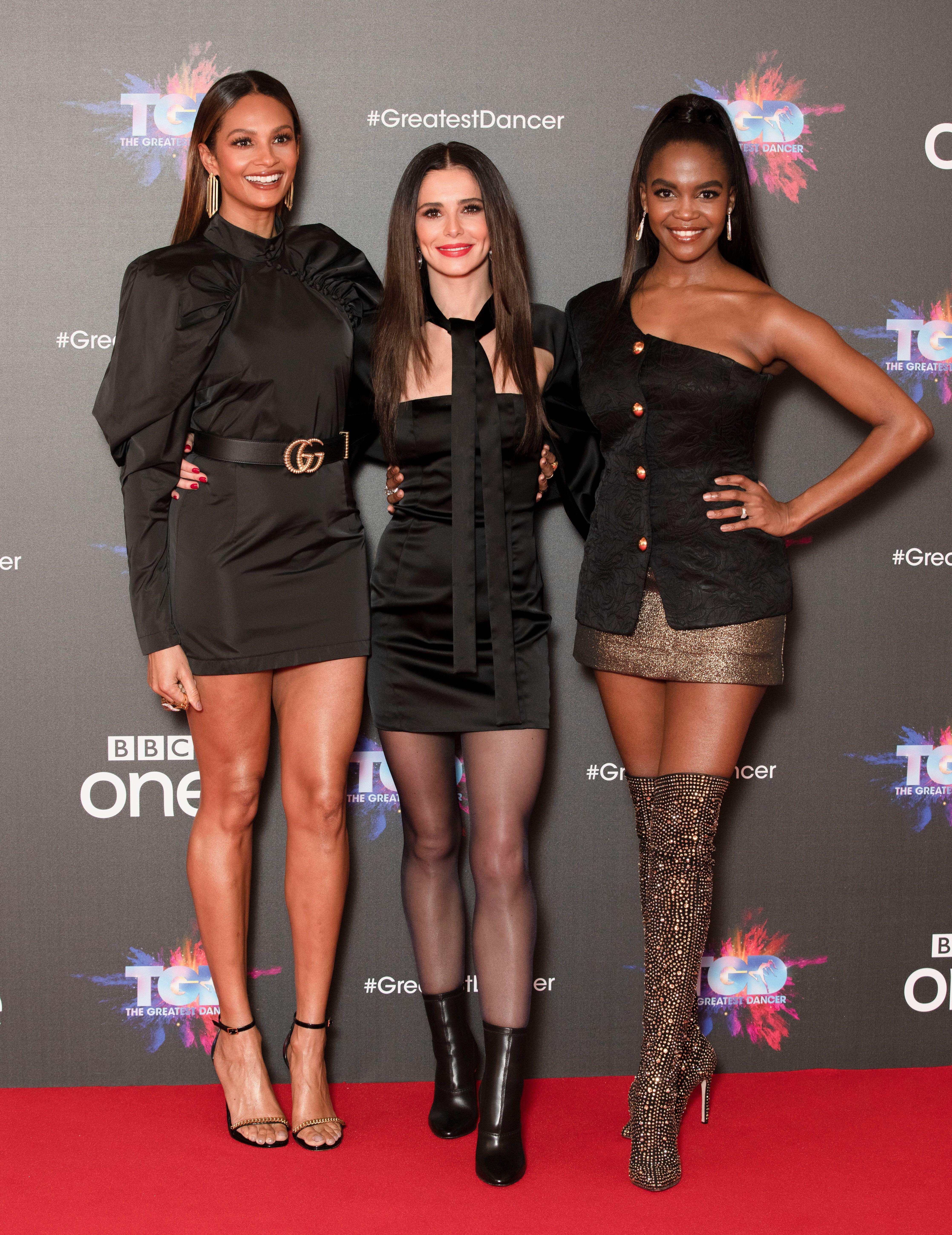 The duo will join Glee’s Matthew Morrison on the show, choosing from competing wannabes who they’ll mentor — alongside hosts Alesha Dixon and Diversity dancer Jordan Banjo.

Despite her undeniable talents as a mover, Cheryl’s latest performance, on Michael McIntyre’s TV show this weekend, saw her perform her cringe-worthy hand lick as she sang Love Made Me Do It in bizarre baggy boots.

Show boss Simon Cowell is hoping the BBC1 dance series will prove a major success when it launches early next year. 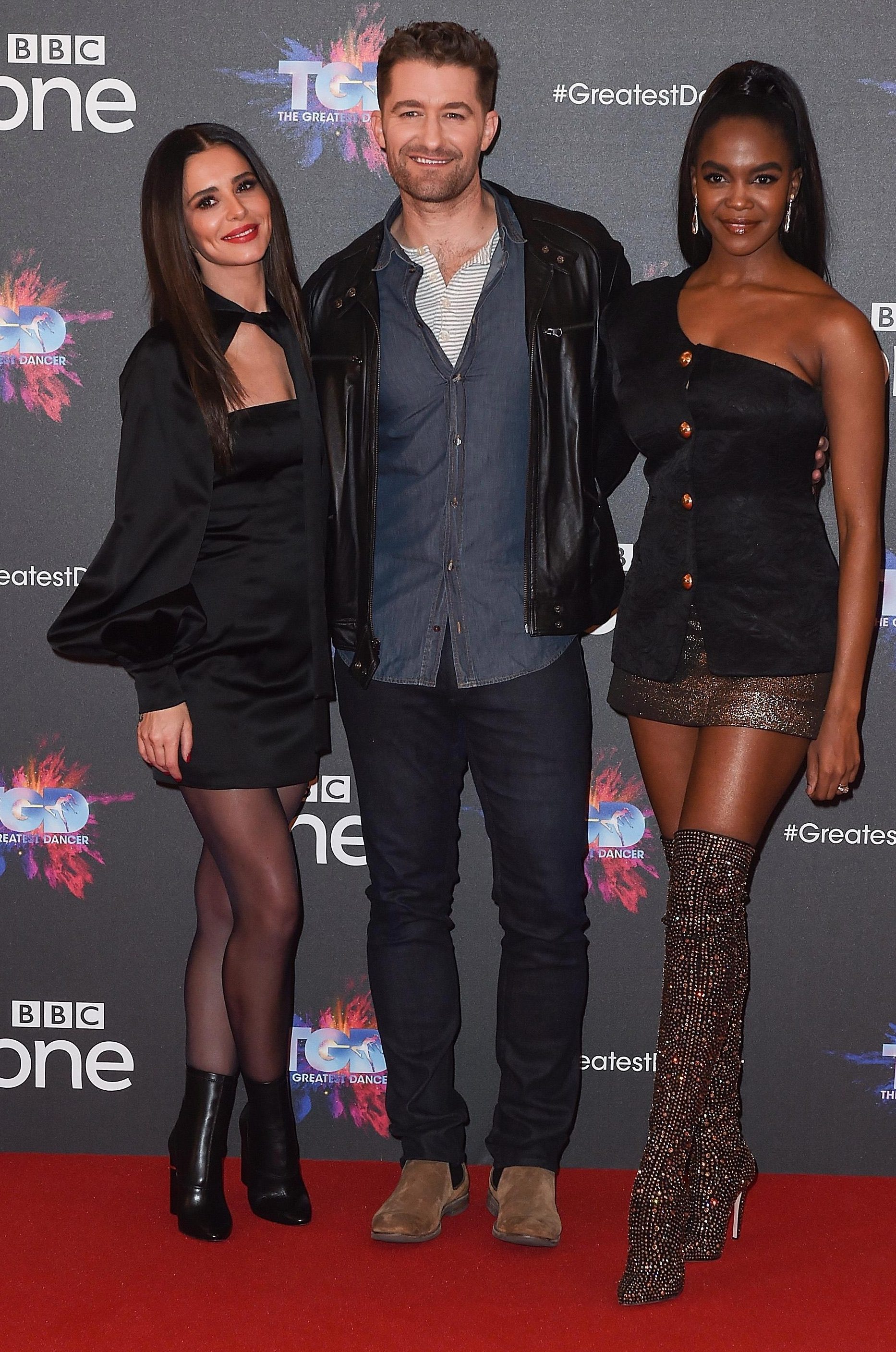 Cheryl and Oti were quick to insist they do get on, while a spokesman for the show said bosses are delighted with their chemistry on set.

Whatever the party line, let’s hope a bit of the backstage frostiness makes its way onto our screens and kicks some much-needed attitude into the show.

READ ON FOR THE REST OF

Cardi not ready to forgive

CARDI B’s face turned a shade to match her red outfit at a gig when her estranged hubby Offset crashed the stage in a bid to win her back.

She was stunned as the rapper unfurled a banner made of roses reading Take Me Back and issued a grovelling apology. 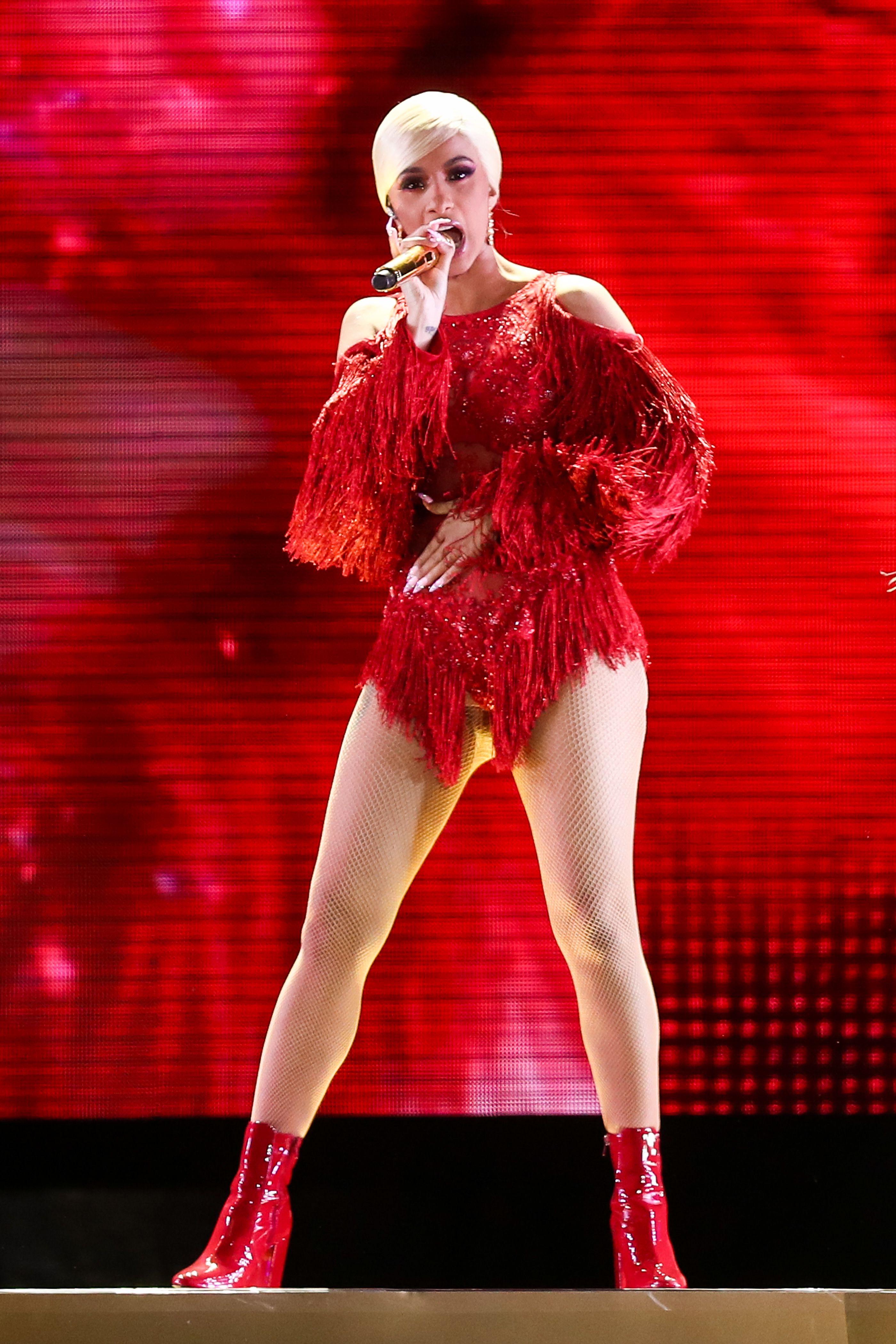 Cardi appeared to reject the gesture by pulling back from Offset’s outstretched hand at the festival in Los Angeles on Saturday .

The couple, who married last year and share five-month-old daughter Kulture, split earlier this month amid claims he cheated on her. 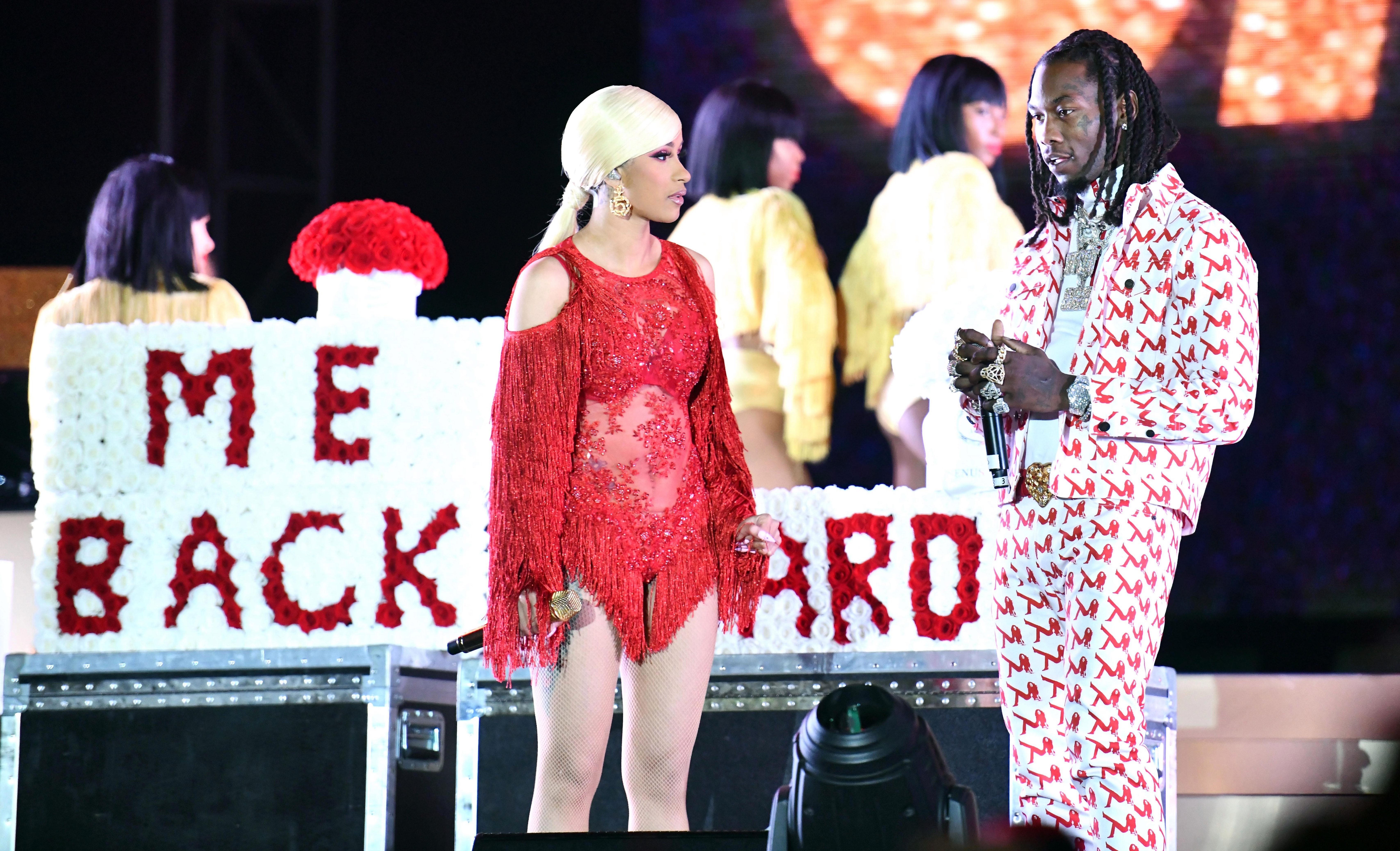 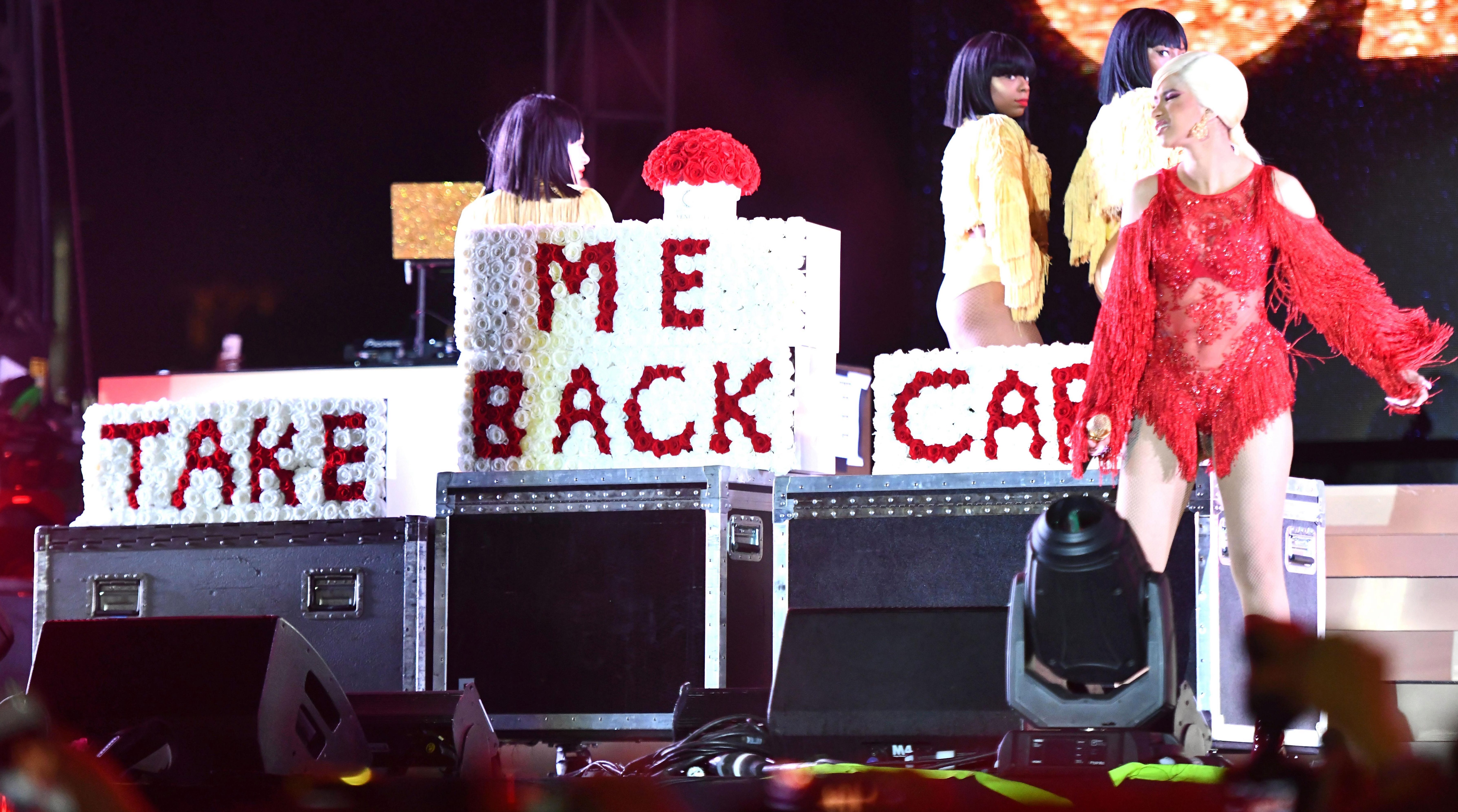 Offset has since been making social media overtures including tweeting “Y’ALL I MISS CARDI”.

If Cardi B somehow didn’t get the message then, she definitely has now.

BENICIO DEL TORO has been cast as the villain in the Dora The Explorer film.

The Star Wars actor will voice Swiper, who is a thieving fox in the kids’ cartoon show.

BEBE REXHA looked festive in red at the Jingle Bell Ball on Saturday – and it seems like Christmas has come early for her too.

The US singer was nominated for two Grammys, including Best New Artist, which will see her vie with Brit stars Dua Lipa and Jorja Smith at the ceremony in February. 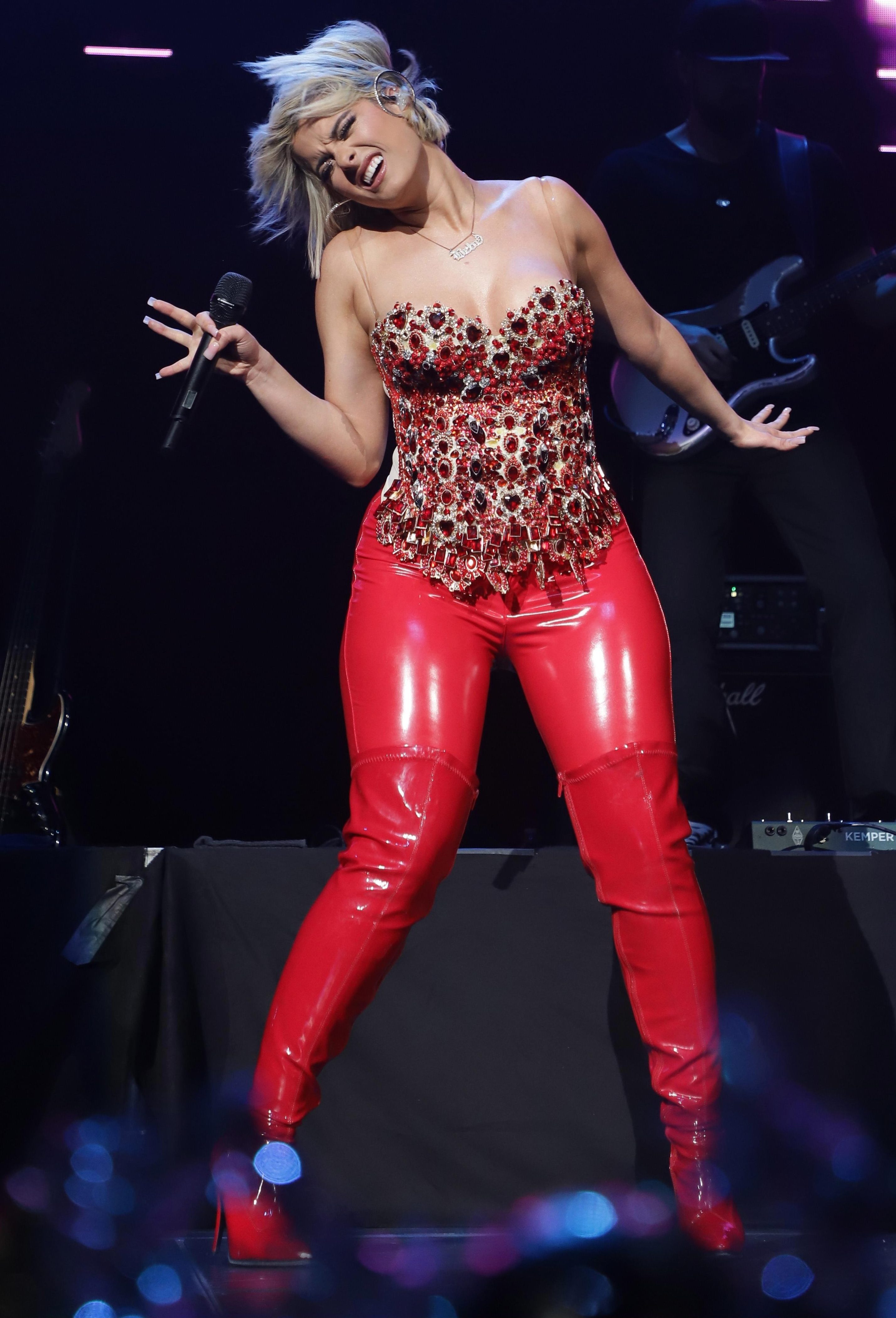 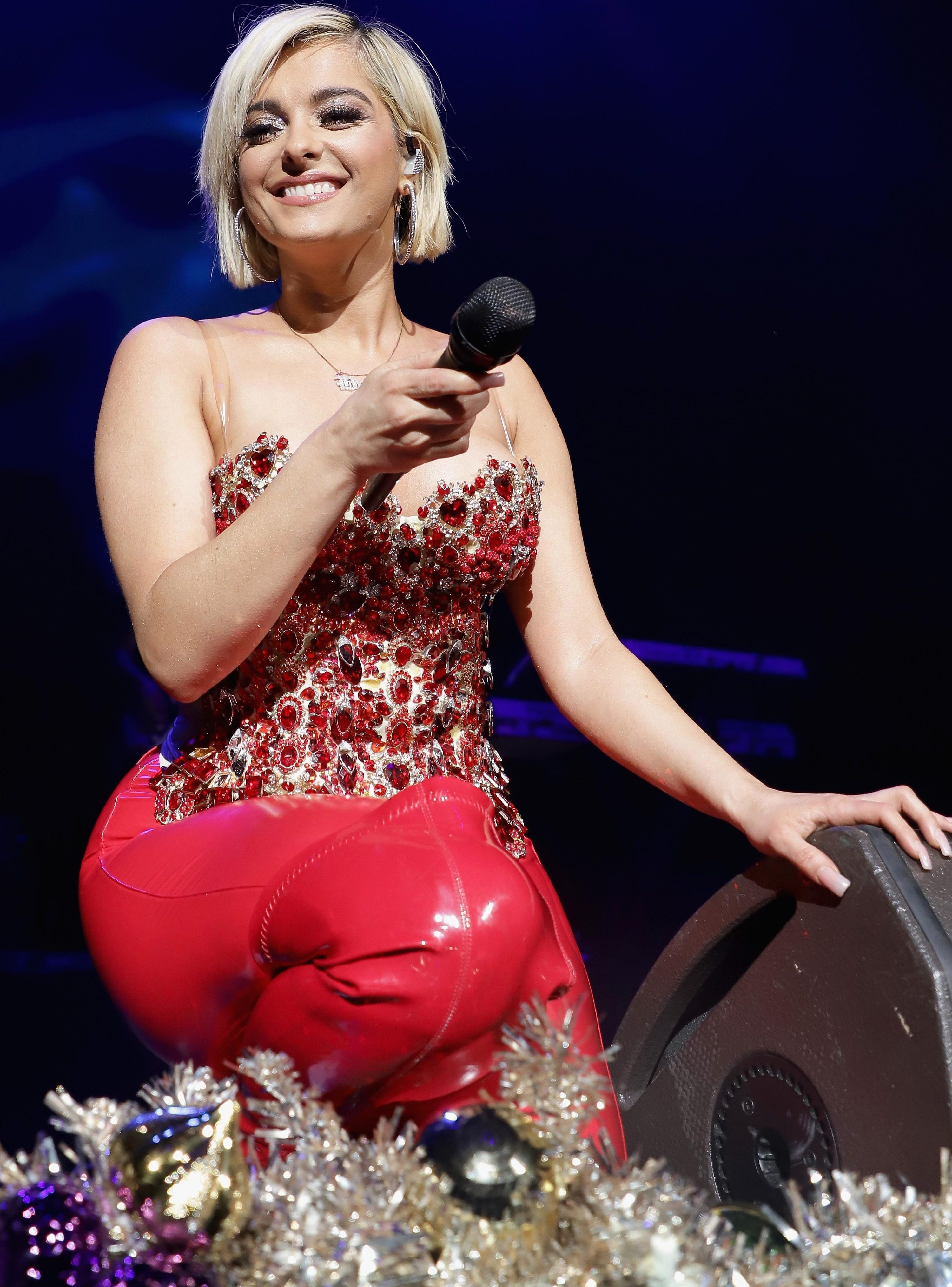 It crowned a huge year for the rising star, who released debut studio album Expectations in June.

Bebe drew all eyes with a rhinestone- encrusted top and red strides at the Ball.

When I met her in London recently, she was launching a support collective for women working in the music business – proving she’s no shrinking violet behind the scenes either.

The couple finally tied the knot after getting engaged last year.

Josh proposed to the Captain America star, from Canada, during a hike in the woods.

The comic, who has had mental health issues, wrote he “doesn’t want to be on this earth any more” – causing Ariana to race to see him. 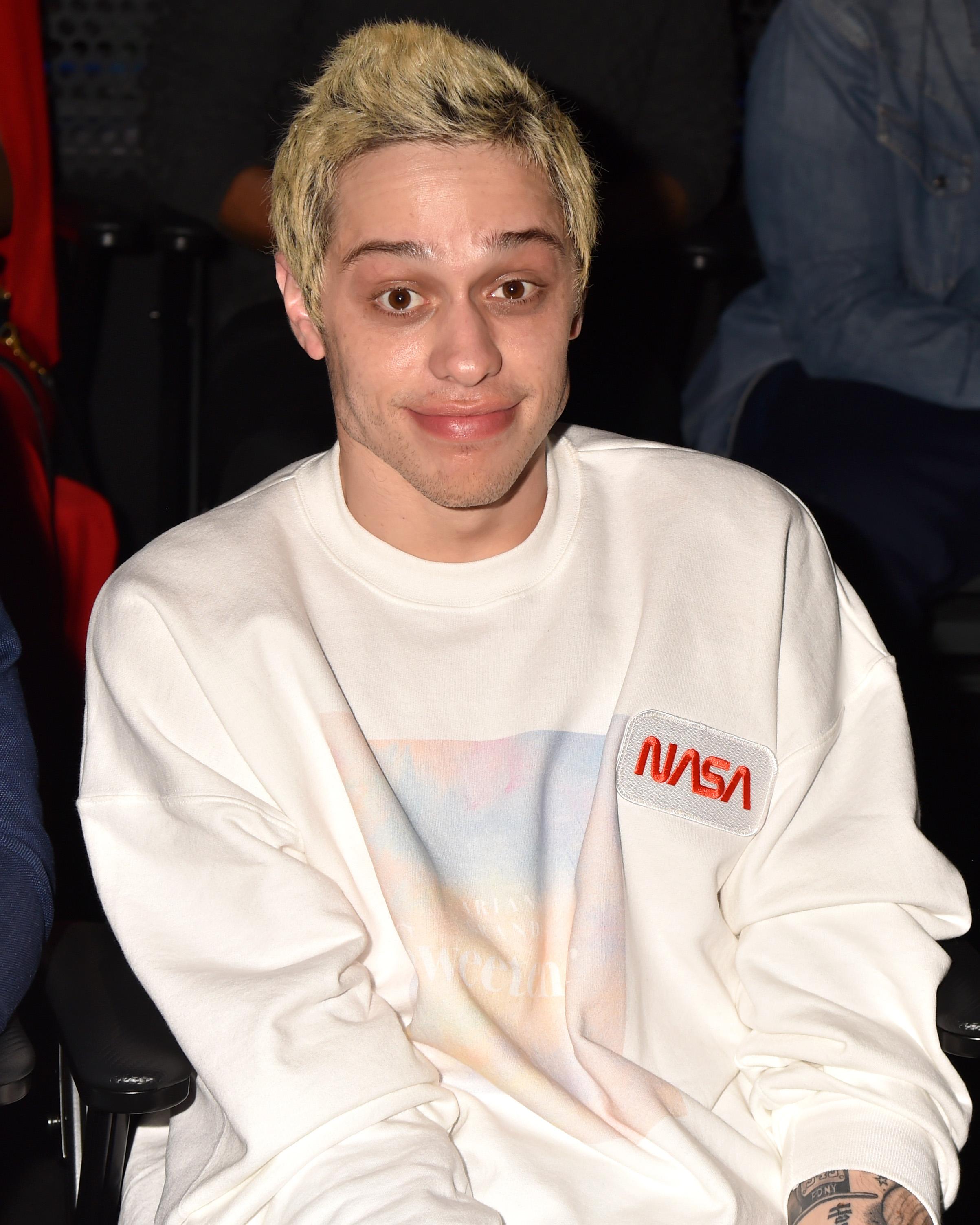 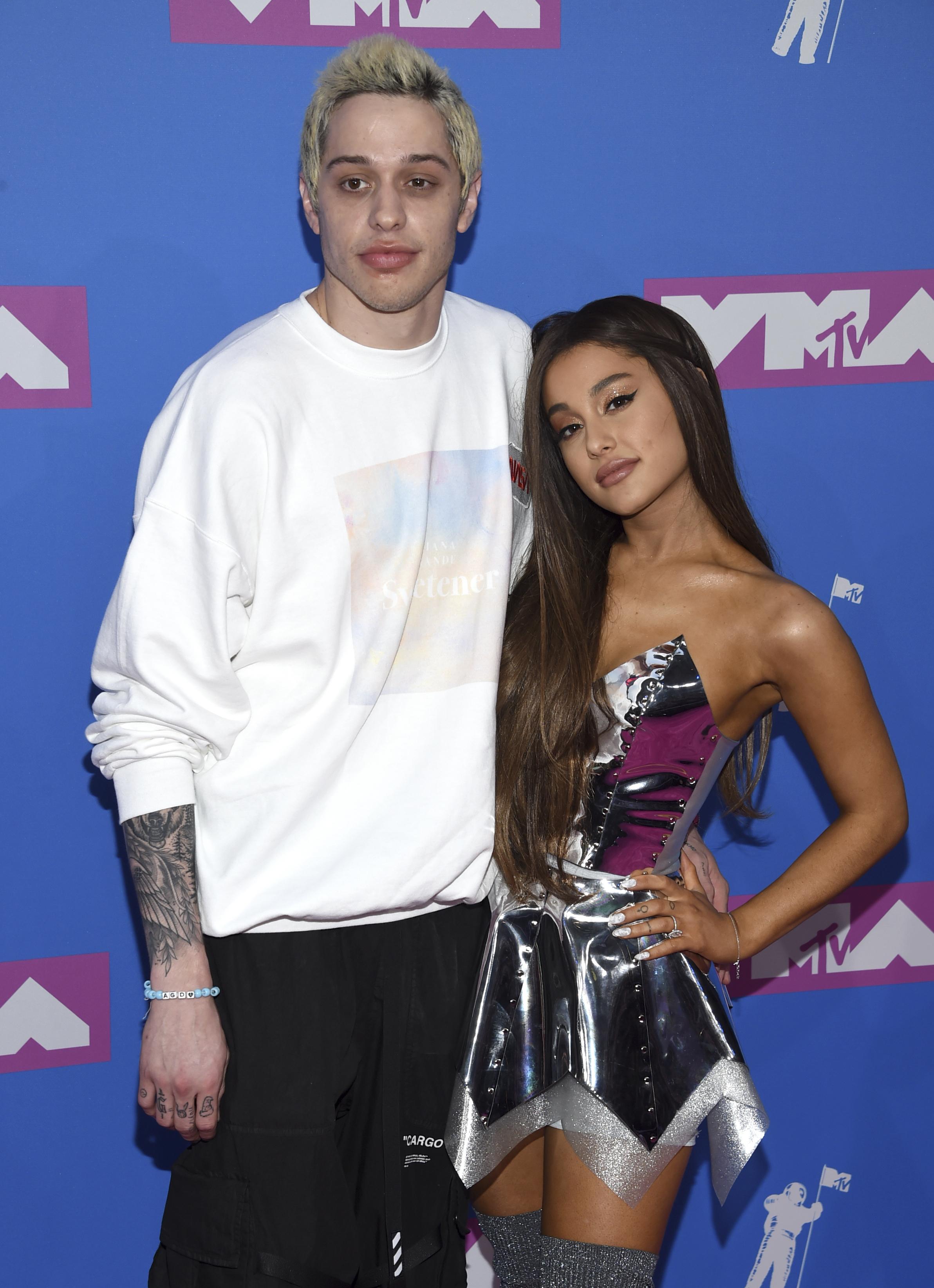 New York police also paid a visit to check up on him.

In a now-deleted post, Pete said: “I’m doing my best to stay here for you but I actually don’t know how much longer I can last.

"All I’ve ever tried to do was help people. Just remember I told you so.”

Despite all this he later made a surprise appearance on US TV show Saturday Night Live, introducing Miley Cyrus, Mark Ronson and Sean Lennon.

I hope he gets any help he needs.

IT’s been the musical hit of the year, with waiting lists of many months – and tickets changing hands for a small fortune.

For those yet to catch Hamilton there’s good news after creator Lin-Manuel Miranda confirmed he wants to bring an adaptation of the story to the big screen. 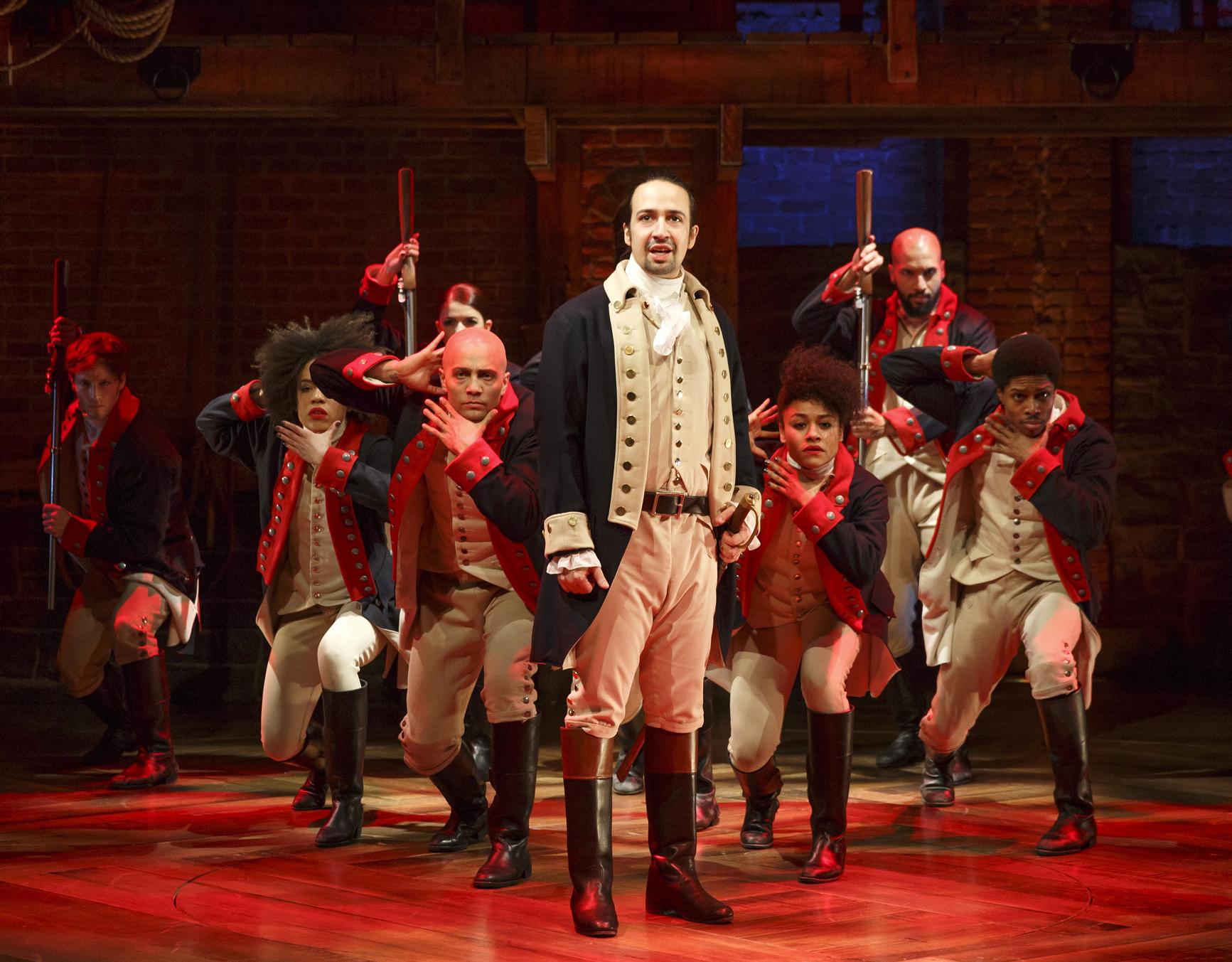 But there is a catch – the delay looks likely to be even longer than the queues to see the theatre show.

Speaking at a screening of Mary Poppins Returns, actor, writer and composer Lin-Manuel explained: “At some point I think there will be a film.

“I think that I spent seven years making that as a piece of theatre, so I want as many people to see it in that form as possible – and then we will start talking about the movie. It’s a tricky leap from stage to film, so we’ll see who figures it out.” 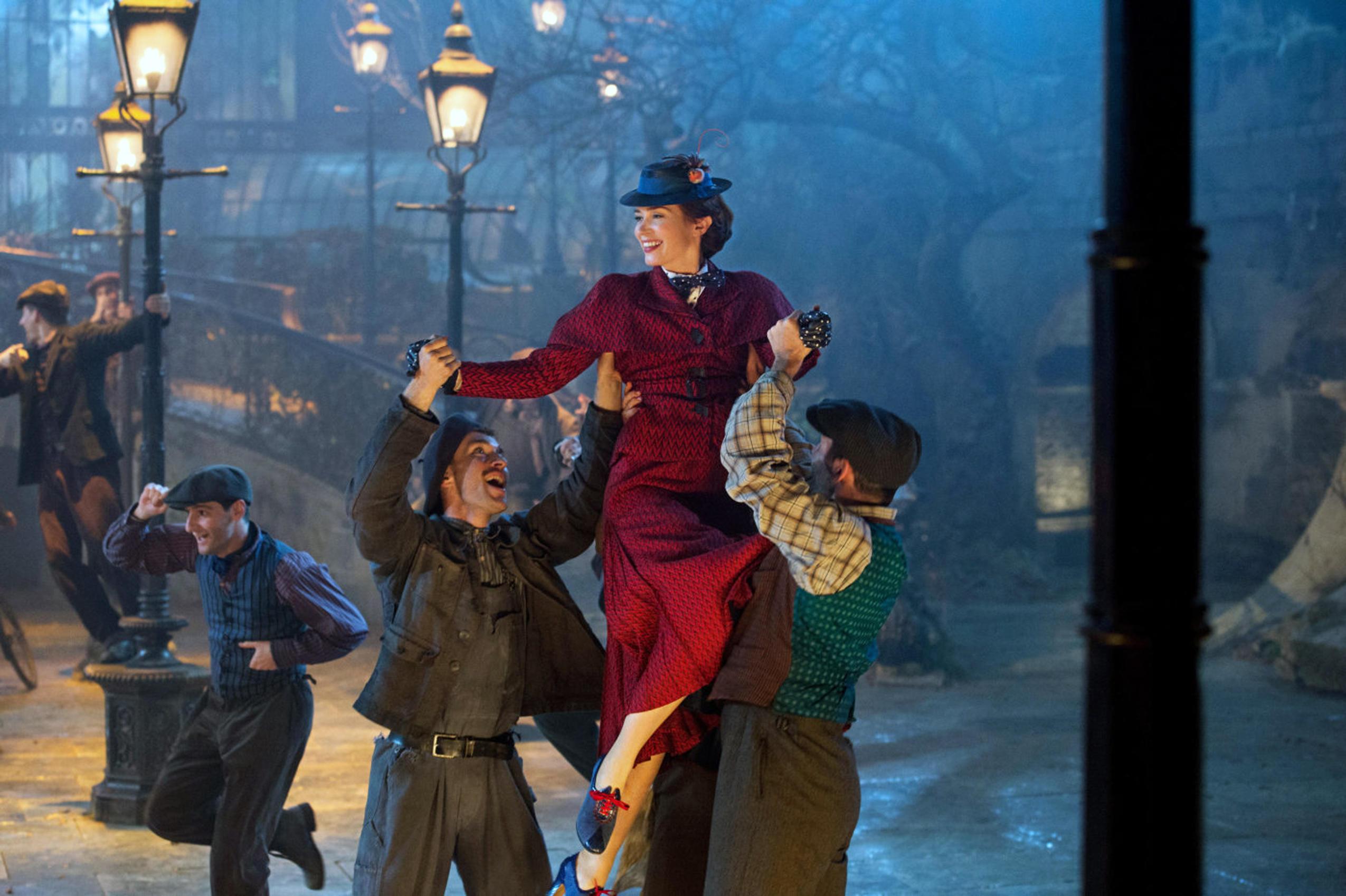 The acclaimed star plays Jack in Mary Poppins Returns, a cockney lamplighter who was the apprentice of Bert played by Dick van Dyke in the original movie – and told how he was thrilled to find Meghan Markle knew the words to Hamilton “better than I do” after meeting her and Prince Harry at the show.

He said: “It was pretty wild. It was pretty surreal to see that the Duchess knows the lyrics a little better than I do.

“She was sitting next to me and mouthing along.”

NOT even Christmas can keep Ariana Grande off the top spot as Thank U, Next tops the charts for the fifth week in a row.

FESTIVE hits dominate the chart and Mariah Carey’s take is the favourite. Lucky for her, as I can’t recall her last non-Christmas hit

SHE’S no stranger to a sombre ballad – but Emeli Sande is set to pull on heartstrings more than ever in BBC1’s new animated rabbit epic Watership Down.

The singer has joined Sam Smith in contributing music to the drama, providing the vocals for an imprisoned rabbit who sings a track called 10,000 Enemies. 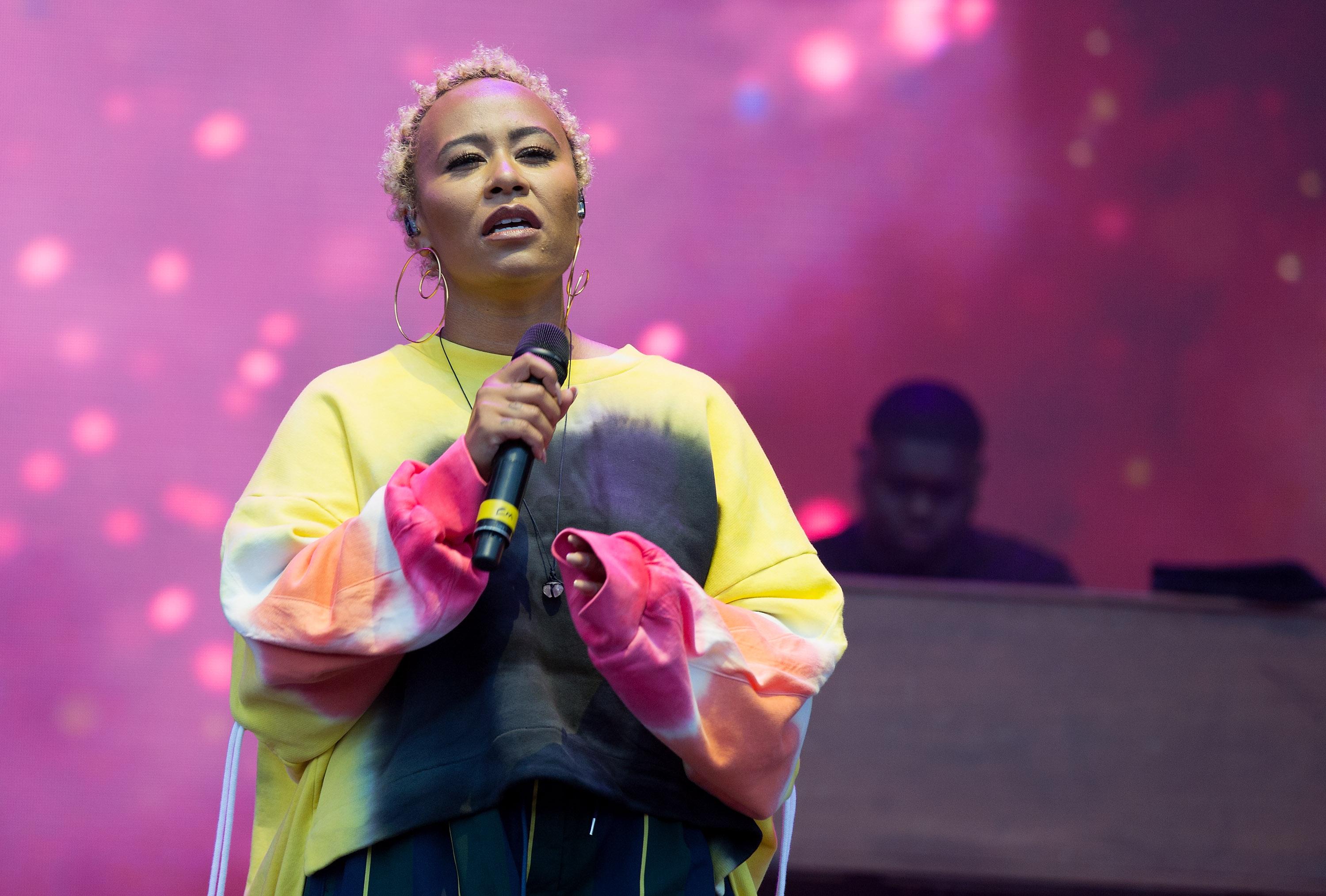 It is guaranteed to spark tears when the £20million two-part series, co-produced by Netflix, begins on December 22.

The hugely talented cast for the drama, based on Richard Adams’ 1972 novel. 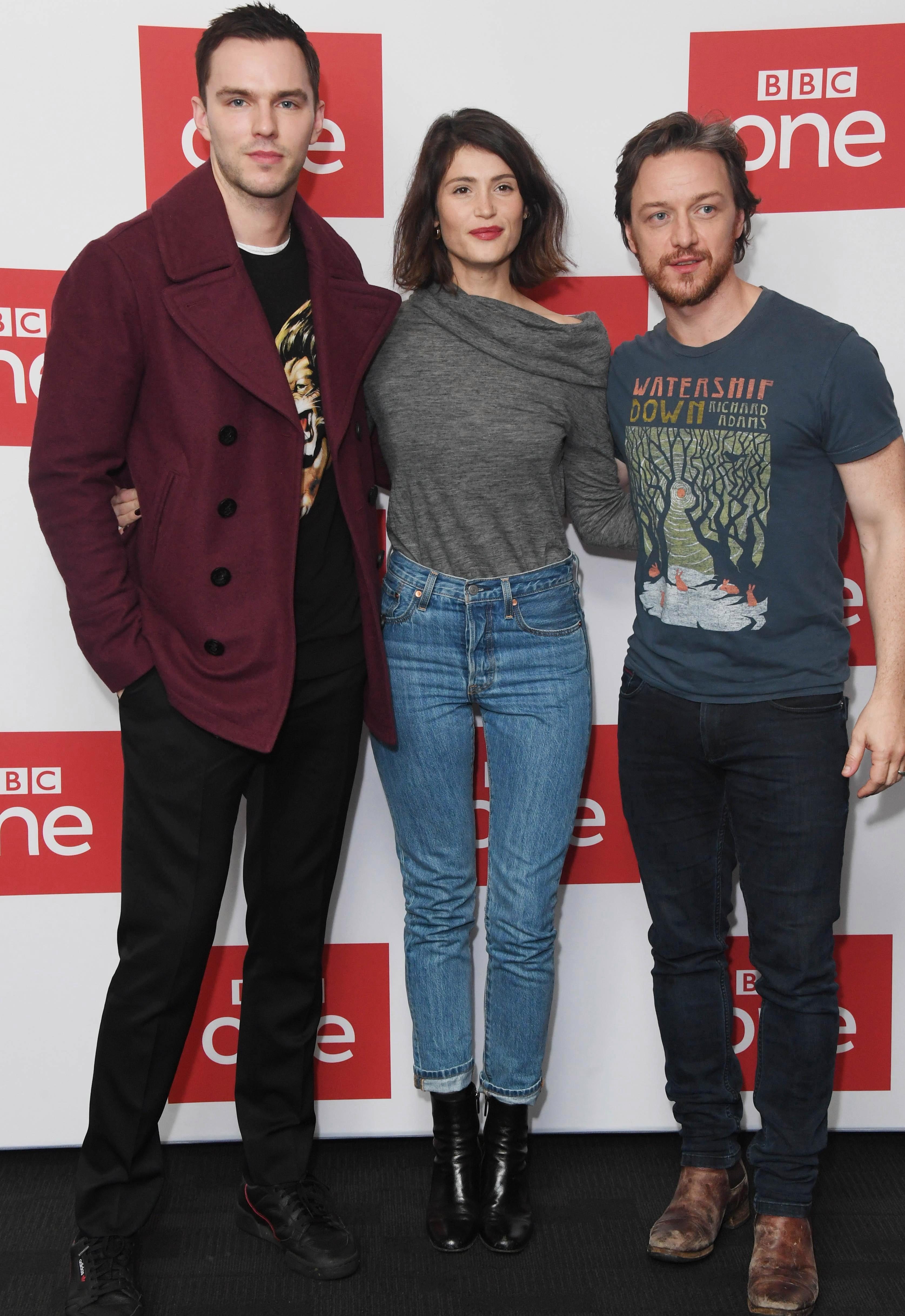 Olivia Colman, Ben Kingsley, Taron Egerton, John Boyega and Gemma Arterton also appear in the tough-to-take tale, first made into a film in 1978. As I recall it, the story is as horrifying as it is heart-warming.

And judging by her back catalogue I can’t see Emeli doing much to add any light relief.