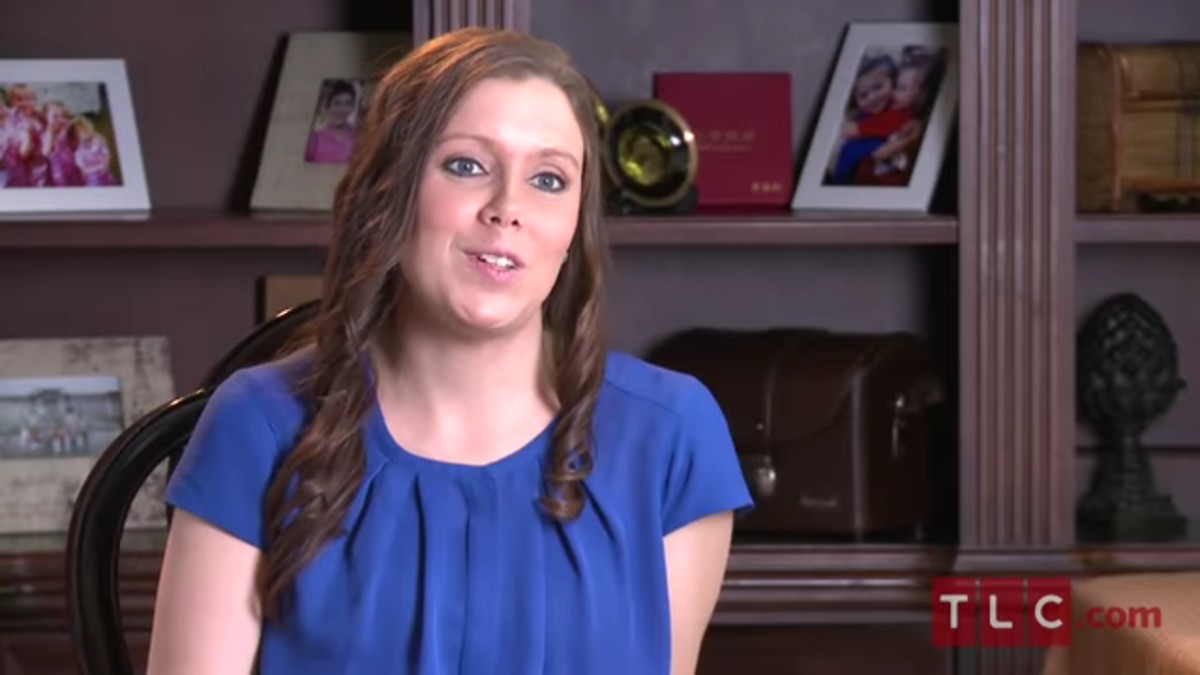 Anna Duggar doesn’t usually get snarky, but a comment on Instagram has Counting On fans wondering if she just shaded Michelle Duggar’s buddy system.

She took the time to share some updated photos of her children yesterday in honor of Labor Day. The comments were filled with praises about her braiding skills, how adorable her children look, and the one that is getting all of the attention.

When a Counting On fan asked if the children were shown with their buddies. She was referring to the buddy system that has been used by Jim Bob and Michelle Duggar in order to manage all of the children.

It worked for the Duggars because it helped to delegate some of the tasks so that Michelle wasn’t incredibly overwhelmed. Earlier this season on Counting On, they talked about their buddies and jurisdictions they had while growing up.

As for Anna Duggar’s response, it is unclear if it was an intentionally shady comment or if it just came out that way. She replied, “We do not have a buddy system. I’m mom, and as much as possible I want our children to be free to enjoy their childhood!”

There has been plenty of criticism about how Michelle Duggar raised her children or rather didn’t raise her children. Counting On fans have been openly critical of how much the older Duggar girls had to do and what Jana Duggar continues to do. 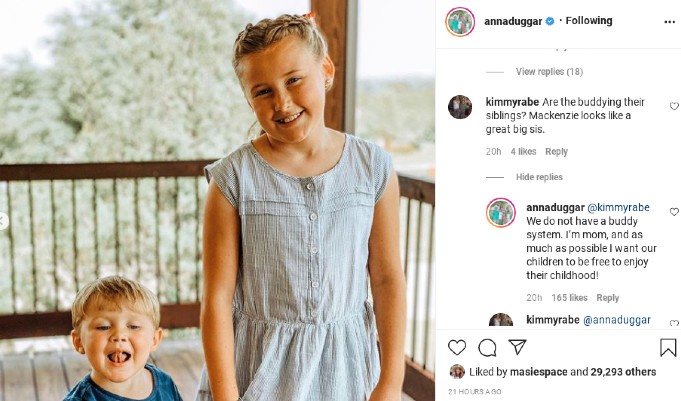 What is Anna Duggar’s relationship with Michelle Duggar like?

The two women are incredibly close for a mother-in-law and daughter-in-law duo. Anna Duggar moved in with Jim Bob and Michelle Duggar after Josh Duggar’s scandals blew the family’s world upside down. She leaned on them while he went off to rehab in Rockford, Illinois.

Their relationship has also developed because they have children the same age. Jordyn and Josie Duggar are both around the same age as Mackynzie Duggar, Anna’s oldest daughter. The three girls spend a lot of time together.

Given how close Michelle and Anna Duggar are, it is unlikely the comment was shade or put out to be negative about what worked for her mother-in-law. It was probably more of a matter of fact response, especially since deciphering a tone over the internet isn’t easy.

Counting On airs Tuesday nights at 9/8c on TLC.