Hemsworth plays Neil, a man who discovers video footage of himself murdering his wife … but can’t remember doing so 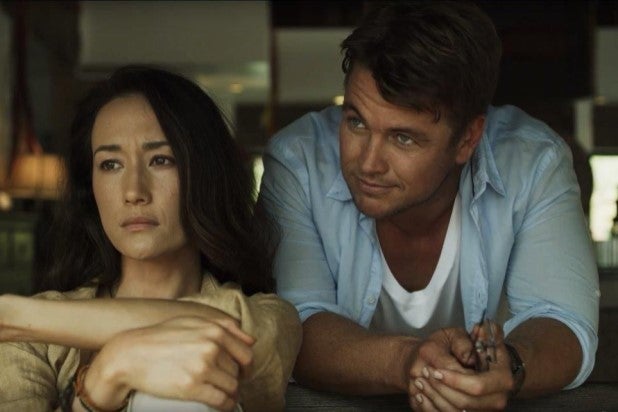 Luke Hemsworth is no stranger to surveillance.

Most fans know him from HBO’s sci-fi series “Westworld,” where he plays Ashley Stubbs, the security chief who monitors guests via video feeds. But surveillance also plays a central role in “Death of Me,” now available on-demand. Hemsworth and Maggie Q play Neil and Christine, a married couple vacationing on a remote island in Thailand. Neil is a travel blogger who is documenting their journey via a vlog.

The couple awakens in their vacation rental covered in bruises and dirt but can’t recall how they got there. They play back Neil’s footage from the previous night and watch in horror as Neil appears to snap Christine’s neck and bury her body.

Neil and Christine have to unravel the mystery of the found footage and Christine’s “death,” all while the island’s inhabitants creepily look on.

That surveillance — from the camera and the islanders — sets the unsettling tone of the movie, Hemsworth tells TheWrap.

“I think it’s something that creeps into everything that we kinda do nowadays. The threat of being watched all the time. Somewhere, somehow,” the Australian actor explained. “It makes for an interesting comment about your accountability and what you’re able to get away with.”

In “Death of Me,” the mystery is whether or not Neil literally gets away with murder.

The film delves into some more traditional horror elements that won’t be spoiled here, but working on it has changed Hemsworth’s perspective on technology.

“Now there’s so many cameras everywhere. I notice it more coming back to Australia. There’s a chance that people are involved in people’s lives a lot more,” he said. “I don’t think it’s necessarily a good thing.”

“That eerie feeling of people watching is one of the things I can’t stand. I do my utmost to get away from it as much as I can. The kids don’t have phones. I’ve definitely started to use my phone less and less,” he added.

As for his role on “Westworld,” where his character’s whole job is to watch others, Hemsworth tells TheWrap he’s excited to return.

“I think the plan is still to shoot next year,” he said but noted that restrictions around travel and production due to the ongoing coronavirus pandemic are still in place. “As to when, what, where how, who and whether it happens or not is another question.”

“Death of Me,” directed by Darren Lynn Bousman, is available on-demand now. Check out the trailer below: