Death in Paradise fans were overjoyed when Camille Bordey’s (Sara Martins) return to Saint Marie was announced. But the detective will be caught off-guard when she realises newcomer Marlon Pryce (Tahj Miles) has developed a crush on her after joining the police force. Will Camille reject the trainee or could she be interested in seeing where their relationship could lead to?

Tim explained: “JP has grown so much over the time he’s been in the show, Tobi is a really intelligent actor and has brought that character to life.

“This is a really cool year for JP because we’ve watched him go from being a boy into a man and this is the year where his wife gives birth to twins.

“So he becomes a father and you see him sort of learn how to deal with that and how that affects him.” 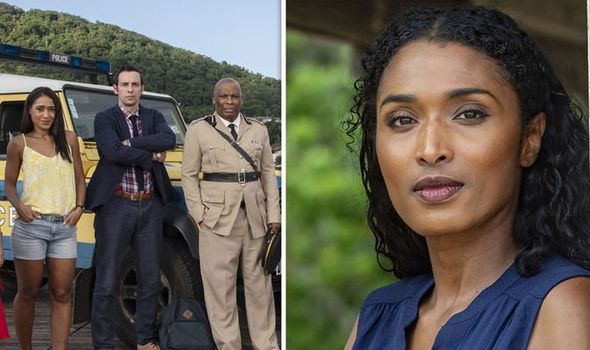 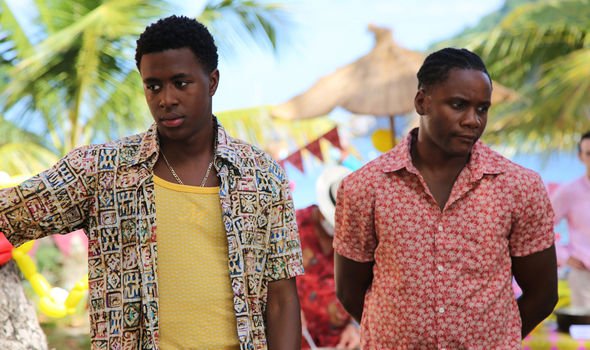 “He also has to look after our new character Marlon played by Taj,” Tim continued.

“So at the same time that he’s sort of getting used to fatherhood he’s also trying to deal with this wayward recruit, who JP has very little respect for really at first and the feeling sort of mutual in a way so it’s a really challenging series for him.

“Some of the moments he and Taj have together [are wonderful] they’re just this joyous double act they’re really good. 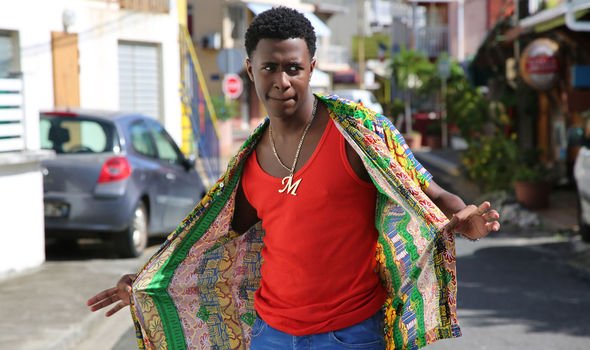 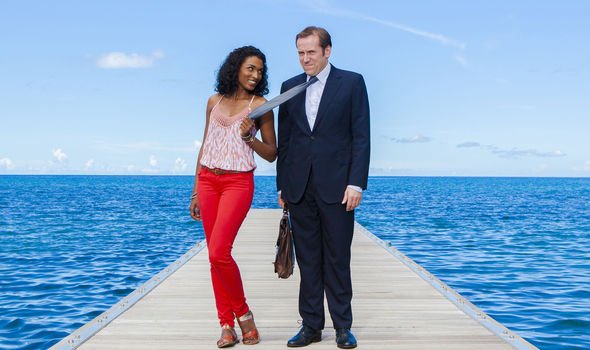 “From the first day he stepped on set, he just felt like he absolutely fitted in perfectly and every character that he interacts with it feels really fresh and exciting and fun,” Tim remarked.

“But his scenes with Camille are really good because he basically got a crush on her, and Taj plays it beautifully. We’re very lucky to have him.”

Marlon will struggle to fit into the Saint Marie police force at first but will be eager to impress Camille.

Will Camille feel the same way about Marlon or will she break his heart and reject him?

Discussing the new arrival, Tim continued: “Marlon is this young kid sort of a bit of a crossroads in his life who when we meet him is definitely on the wrong side of the track.

“Selwyn as always as this kind of knowing puppet master spots an opportunity with him that maybe no one else can see and believes that there’s something there that needs not just harnessing but also this kid has got a chance to turn left or right basically and if he takes the right direction, there’s something very special there.

“He comes in in a very different way for us. He doesn’t come in as a police officer, he comes in as a trainee, and the series is his journey to discover whether or not he’s got what it takes to be a cop.

“And for everybody else to try and work out whether or not he’s got what it takes to be a cop.”

“As always it’s told with a lot of humour but a huge amount of heart as well and Taj fitted in straightaway on day one,” Tim added.

Meanwhile, Neville Parker star Ralf Little revealed he was “irritated” by the newcomer during the Death in Paradise Q&A with Tim.

Ralf quipped: “I’m not a fan, he steals every single scene he’s in without a question without even effort.

“And not by doing naughty tricks that actors do just by being brilliant and it’s really irritating to me.

“I’ll do three pages of dialogue trying to explain a case, Tahj does one look at the end and that’s all anyone’s going to remember. I’m furious about it, it’s way too good,” Ralf added.

Death in Paradise returns to BBC One in 2021.