Your Complete Guide to Pilots and Straight-to-Series orders 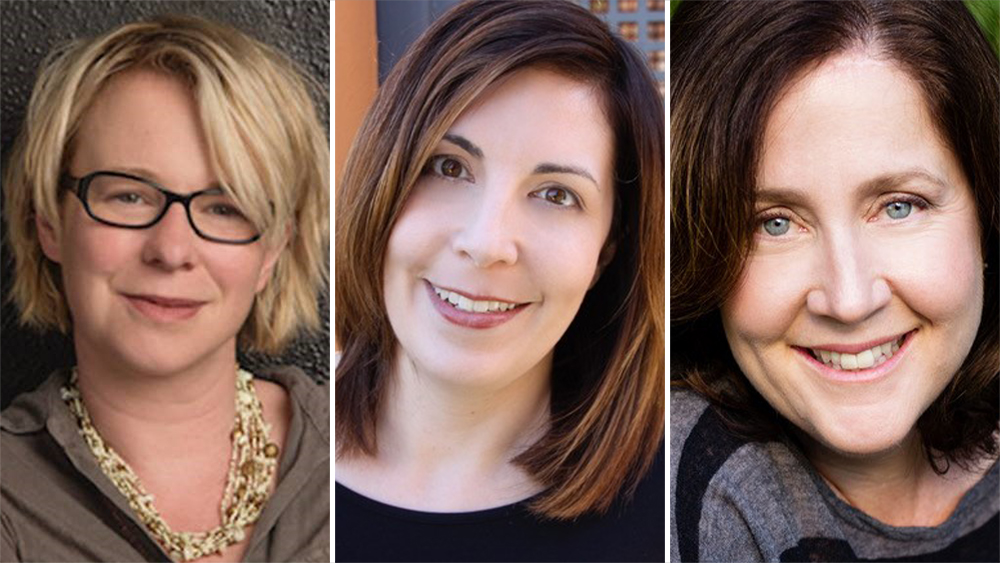 In Hide, a Jekyll & Hyde tale by way of a conspiracy thriller, a disgraced journalist (David Tennant) stumbles upon a story that could resurrect his career. But he quickly learns he’s seen something he shouldn’t have, and is now the target of unknown adversaries who will do anything to silence him. On the run as people around him go missing or die, a serious accident has an extraordinary side effect, and he realizes there are monsters in the world – and he may be one of them.

Robinson executive produces via her CannyLads, and Fazekas and Butters through their Fazakas & Butters. Universal Television, a division of Universal Studio Group, where CannyLads is based, is the studio.

“I am ecstatic to have this opportunity to work with such creative and talented individuals,” Robinson said. “The Jekyll and Hyde story is a classic, and it is so thrilling to be bringing a new and exciting iteration to the screen with such brilliant collaborators.”

Fellow Brits Robinson and David Tennant have been friends for years and had always wanted to develop something together. Almost two decades ago, Robinson saw Tennant in a play at The National Theater and immediately cast him as one of the leads in BBC’s Viva Blackpool, on which she was director and executive producer. The musical drama received a BAFTA nomination and helped jump-start TV careers for both of them.

As the two were chatting one day, Jekyll and Hyde emerged as a theme they wanted to collaborate on. Universal TV was on board, and Robinson, who had been looking for an opportunity to work with Fazekas and Butters, reached out to them and they responded to the idea.

“One of my earliest jobs was playing ‘first policeman’ in a BBC radio adaptation of ‘Dr Jekyll and Mr Hyde’,” David Tennant said. “I read the book many years ago and I’ve been fascinated with this character for as long as I can remember. This story has followed me around for years, tapping on my shoulder slightly impatiently. When Julie Anne approached me to talk about reimagining it for the 21st century, alongside her, the magnificent Fazekas and Butters and with the ever-brilliant Georgia Tennant, I didn’t let her finish the sentence. I couldn’t be more thrilled to be playing this character, telling this story and working with these people.”

David and Georgia Tennant recently starred in the BBC series Staged, which received a slew of awards and nominations. Doctor Who alum David Tennant’s recent series credits also include Good Omens, Jessica Jones, Camping, There She Goes and the upcoming Around the World In 80 Days and Inside Man. He is repped by UTA and UK’s Independent Talent Group. Georgia Tennant, also seen in In the Dark, is with Conway van Gelder Grant.

Robinson is currently nominated for an Emmy for her work as a director on Bridgerton and received a DGA nomination earlier this year for the hit Netflix series. Her directing/producing credits also include Castle Rock (Hulu), Masters of Sex (HBO), Grey’s Anatomy (ABC), Brooklyn Nine-Nine (NBC), I Feel Bad (NBC), The Middle (ABC) as well as the feature The Last Song with Miley Cyrus and Liam Hemsworth. She is repped by LBI and Sloane, Offer, Weber & Dern.

This marks Fazekas and Butters’ return to NBCUniversal where they were writers-producers on NBC’s Law & Order: SVU for five seasons, earning two WGA nominations. The duo were recently based at ABC Studios/ABC Signature where they created and executive produced Emergence and Kevin (Probably) Saves the World. Additionally, the duo also served as executive producers/showrunners on both Marvel’s Agent Carter and Resurrection on ABC. Additionally, Fazekas and Butters created and executive produced the CW cult hit Reaper. They are repped by ICM Partners and Gendler & Kelly.