DANI Dyer will be cheering on England tonight in a HUGE inflatable pub as she dressed son Santi for the game.

The reality TV star showed off the boozer on Instagram that came stocked with bottles of beer, soft drinks, and even lager on tap. 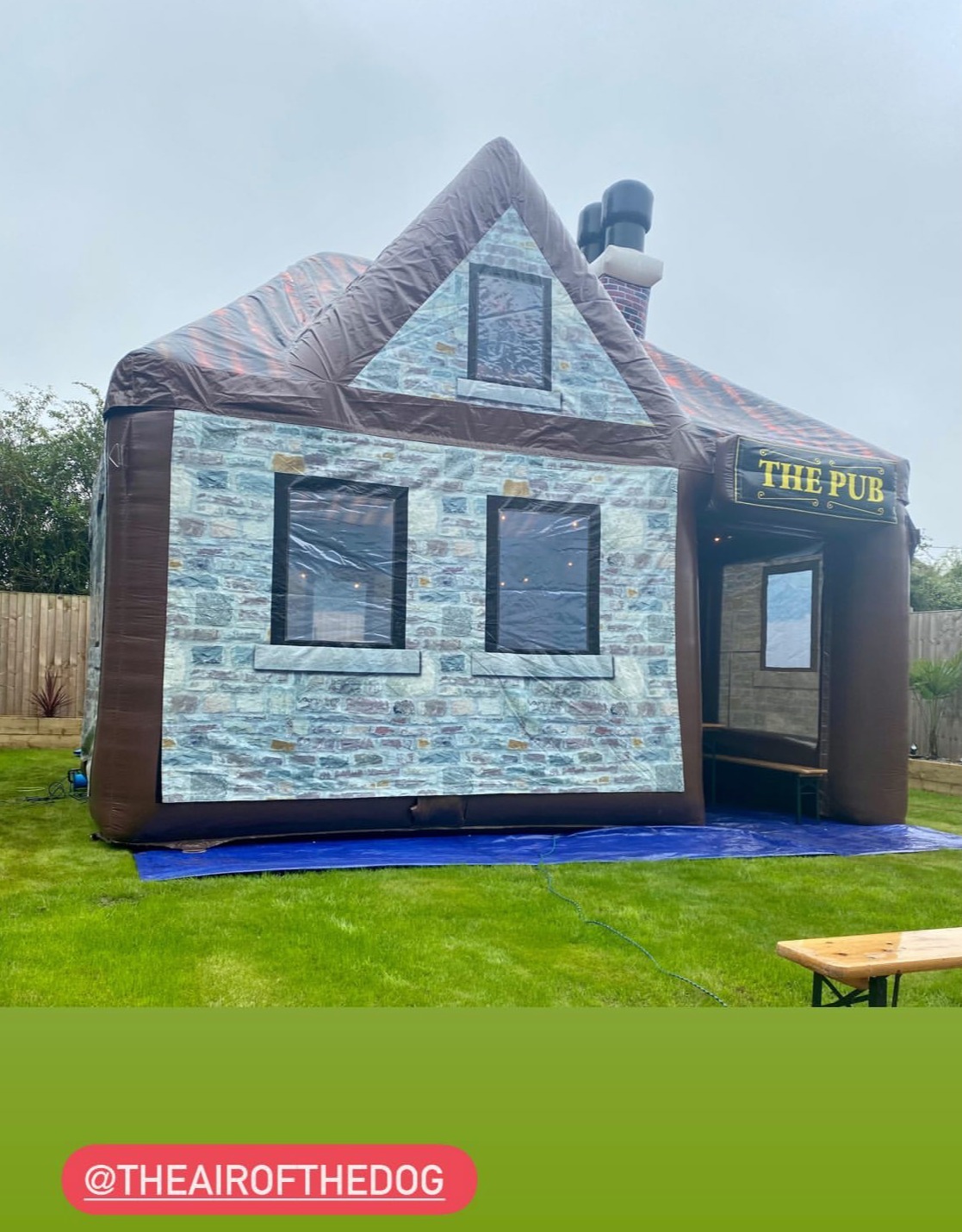 Its brick pattern exterior, windows and two chimneys made it look just like your local.

The boozer took over her garden with benches also outside for smokers.

Love Island winner Dani, 24, gave her 3.4million followers a tour inside the blow-up pub showing off its tables, fully stocked bar, and a large flat screen TV to watch England take on Ukraine for a place in the Euro 2020 quarter final.

Meanwhile, she melted hearts with a video of adorable baby Santi in his England stripe. 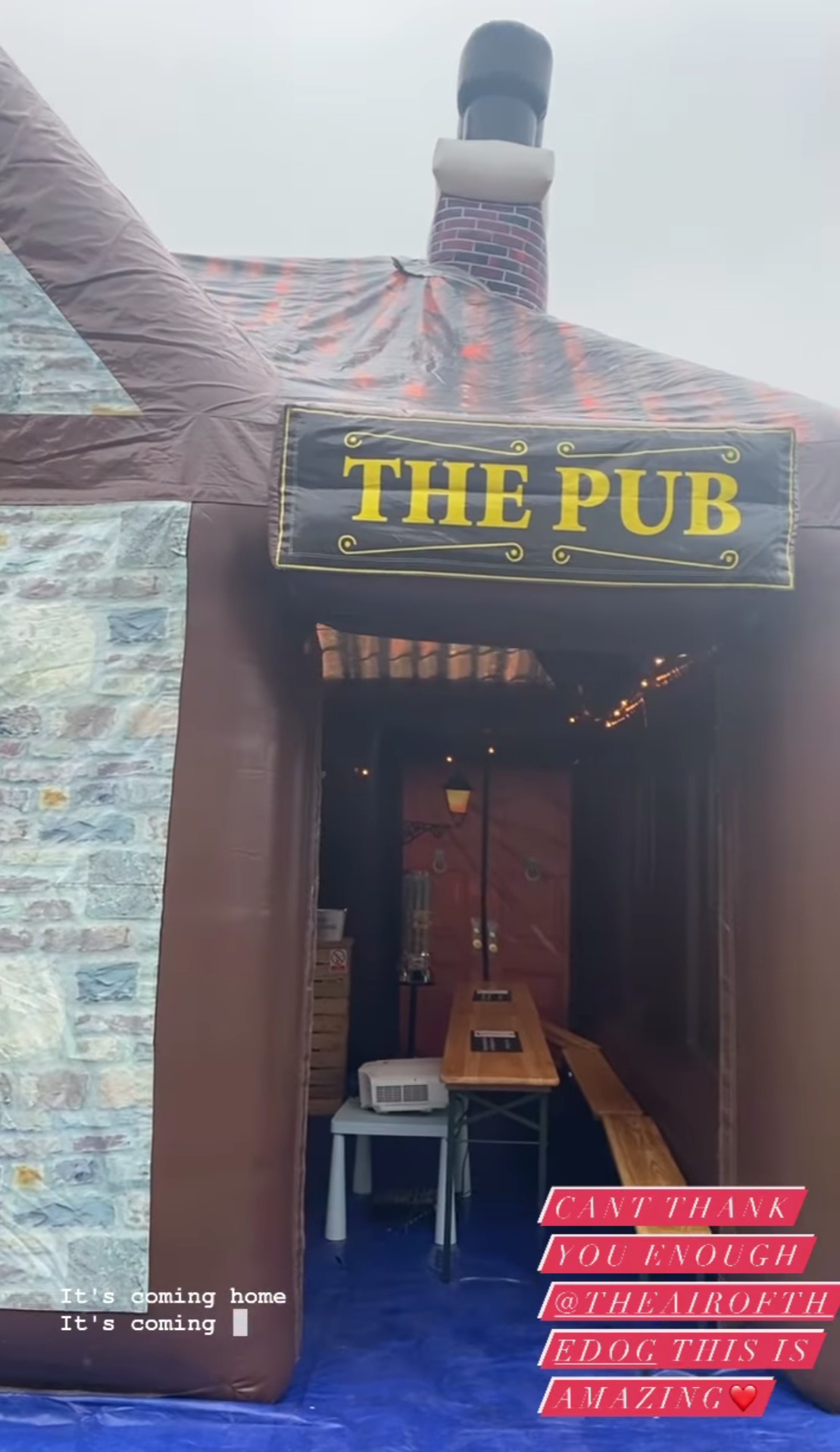 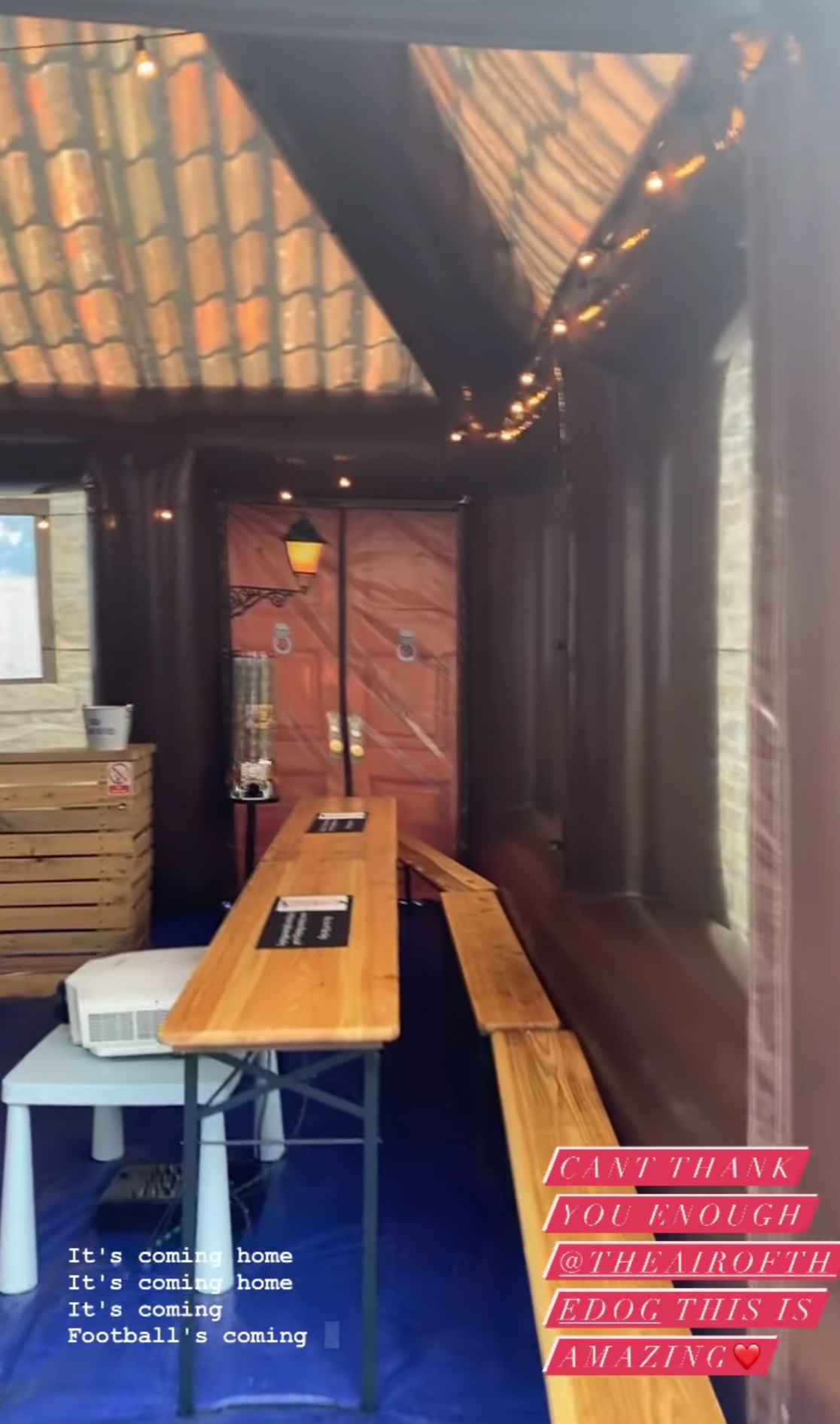 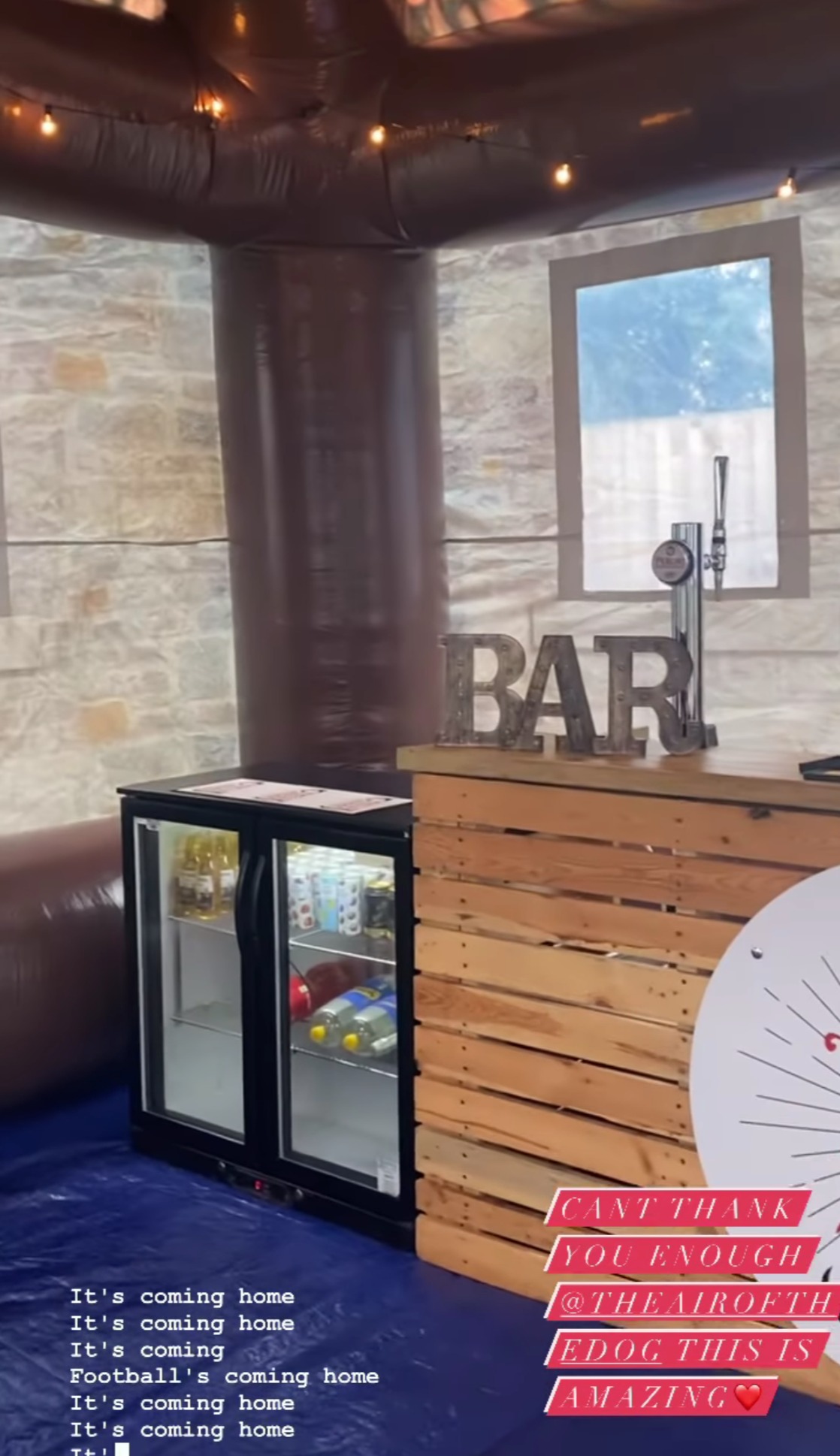 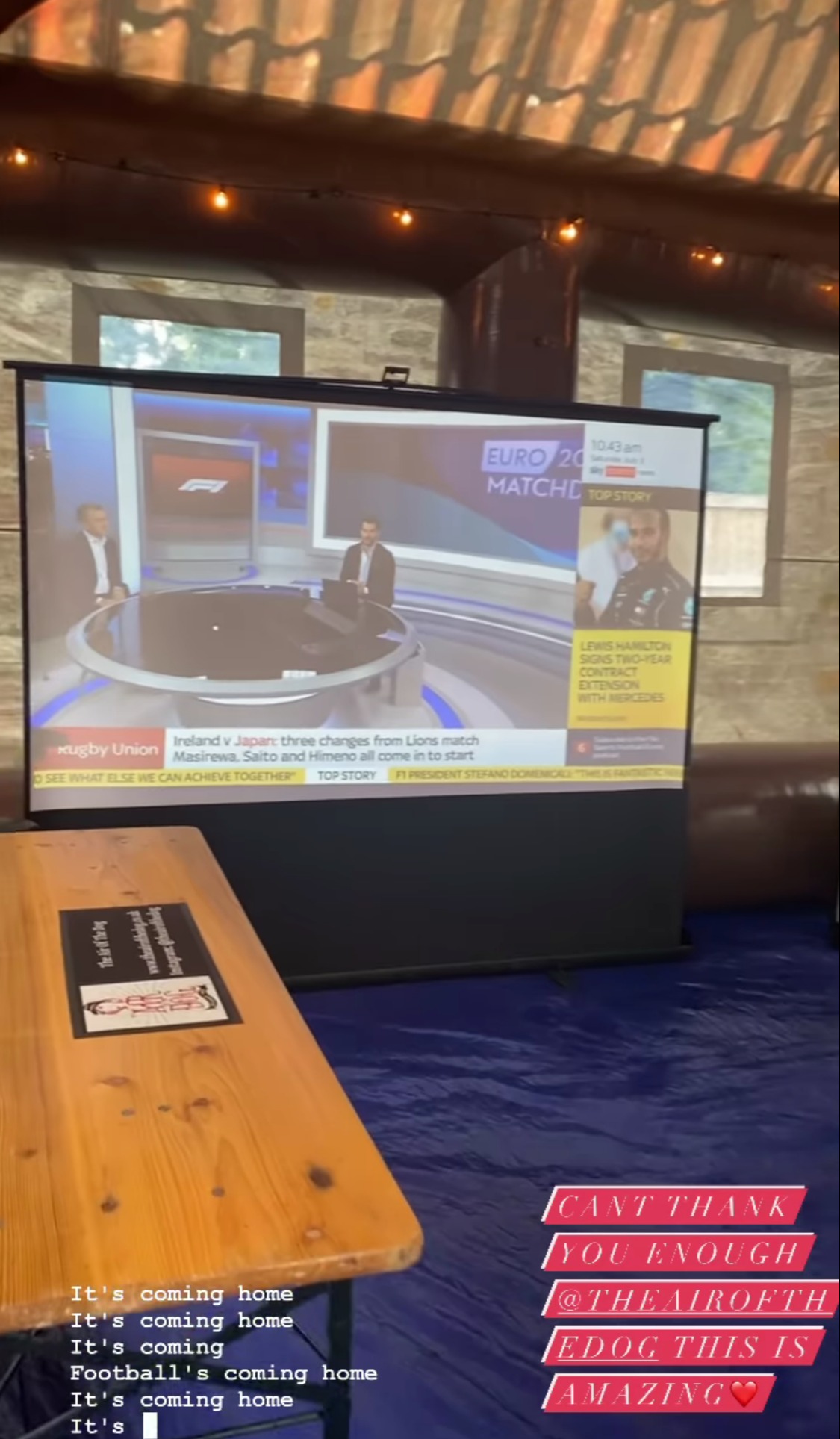 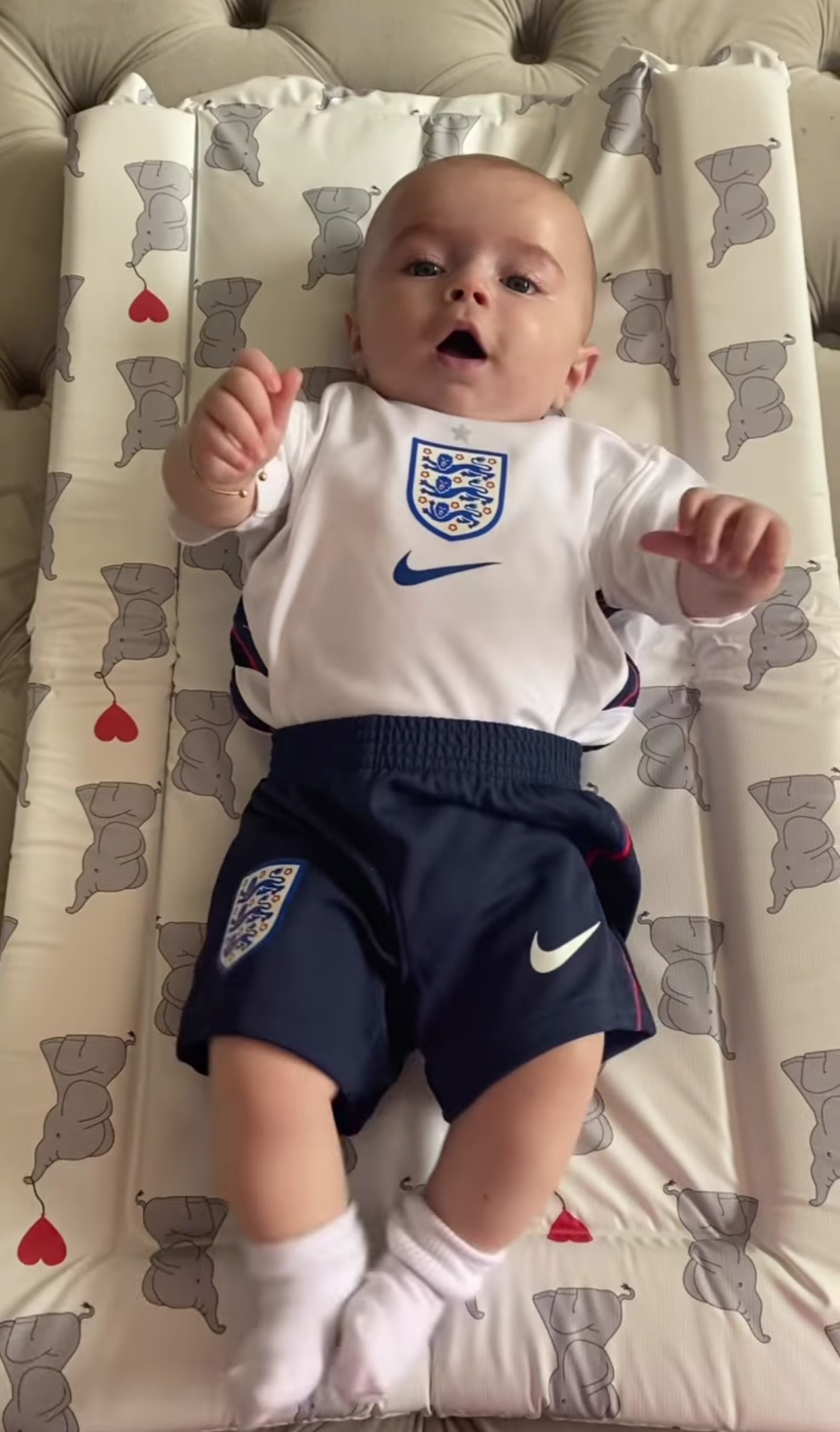 Last week her dad Danny Dyer showed off his football skills as he left Wembley after England’s win against Germany.

The 43-year-old looked in great spirits as he mucked around with a ball outside the stadium alongside actor Will Mellor.

Danny – who is a huge West Ham supporter – almost toppled over at one point as he went to kick the ball.

Will and Danny are good mates and recently appeared on a new recording of footie anthem Vindaloo. 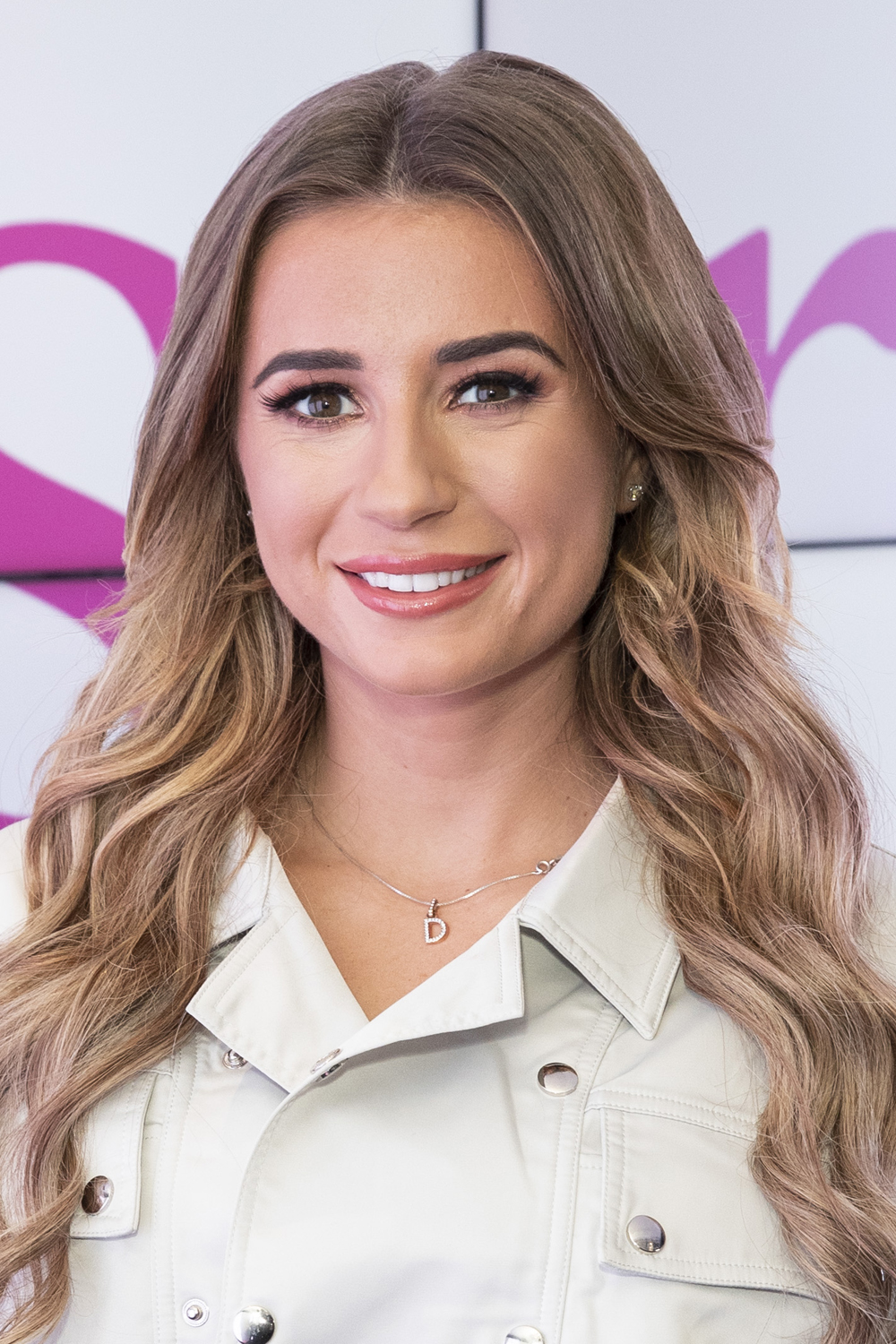 The song, remade for the Euros, features Will, Leigh Francis, Bez and Paddy McGuinness, with proceeds going to NHS charities.

Wembley erupted in the second half as Raheem Sterling – the Three Lions' star man of the tournament – broke the deadlock in the 75th minute with a tidy finish from Luke Shaw's low cross.