Prince Harry and Meghan Markle have hit headlines following their CBS interview with Oprah Winfrey. The fallout continued to dominate the agenda on BBC Breakfast this morning as Louise Minchin and Dan Walker covered the latest headlines. However, when host Dan put the debate to Mr Buckland, it’s safe to say the Justice Secretary was more concerned with other topics of discussion.

Robert Buckland joined Dan and Louise to discuss the proposed changes to policing and criminal justice which are set to be laid out in parliament later today.

However, Dan kicked off the interview right away with questions surrounding claims made by Meghan and Harry in the interview.

“We will get to some of those police reforms in a moment,” Dan began. “I just wanted to ask you this morning, obviously the interview with Oprah that Harry and Meghan have done.

“It’s what a lot of the nation is waking up to again and talking about, have you seen it, Mr Buckland?” 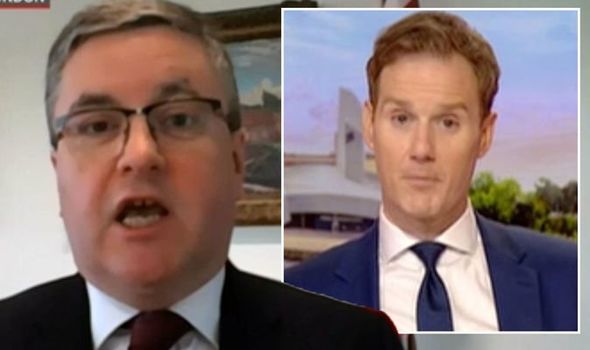 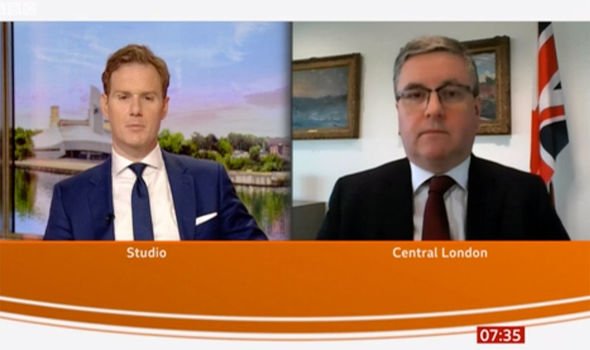 The Justice Secretary made his opinions clear: “No, I’m afraid I haven’t, Dan.

“I think like a lot of the nation I was busy doing other things last night,

“Most chiefly, work. So I’ve not seen the interview,” he added.

Ruling himself out from discussing the interview further, Mr Buckland said: “I know it’s been commented on a lot. 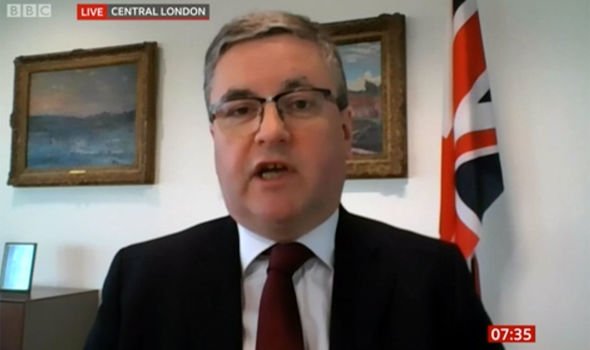 “I think this is a matter really for Buckingham Palace and the Royal Family and it’s not appropriate for ministers to air their contributions to a running commentary on it.”

But despite Mr Buckland’s refusal to be drawn on the issue, Dan tried again to get his thoughts regarding the fallout from the interview.

“With that in mind I will just ask you one other question on it, based on what Keir Starmer said yesterday,” he said.

After citing Mr Starmer’s comments that Meghan and Harry’s claims should be taken “seriously”, Dan asked how important it was the Palace investigates.

Mr Buckland quickly shut the line of questioning down once more, reiterating his stance: “That’s a matter for the Palace to deal with.

“It’s not a matter for me or other ministers to comment on.

“And I think it’s best left there,” he added before concluding: “I’ve not seen the interview so I don’t think it’d be right to talk about something I’ve not seen.”

After being shut down for a second time regarding his Meghan and Harry questions, Dan eventually moved onto the police reforms Mr Buckland was on the show to discuss.

Thomas spoke with Piers and Susanna all about the claims made by his daughter in the chat and addressed the claims of “betrayal” he faced.