HE may have countless hits to his name but Craig David’s pulling tactics run the risk of girls Walking Away.

I can reveal that the chart-topper once tried to woo EastEnders legend Jessie Wallace’s Page 3 sister Danielle Mason by serenading her in the back of a Chinese takeaway. 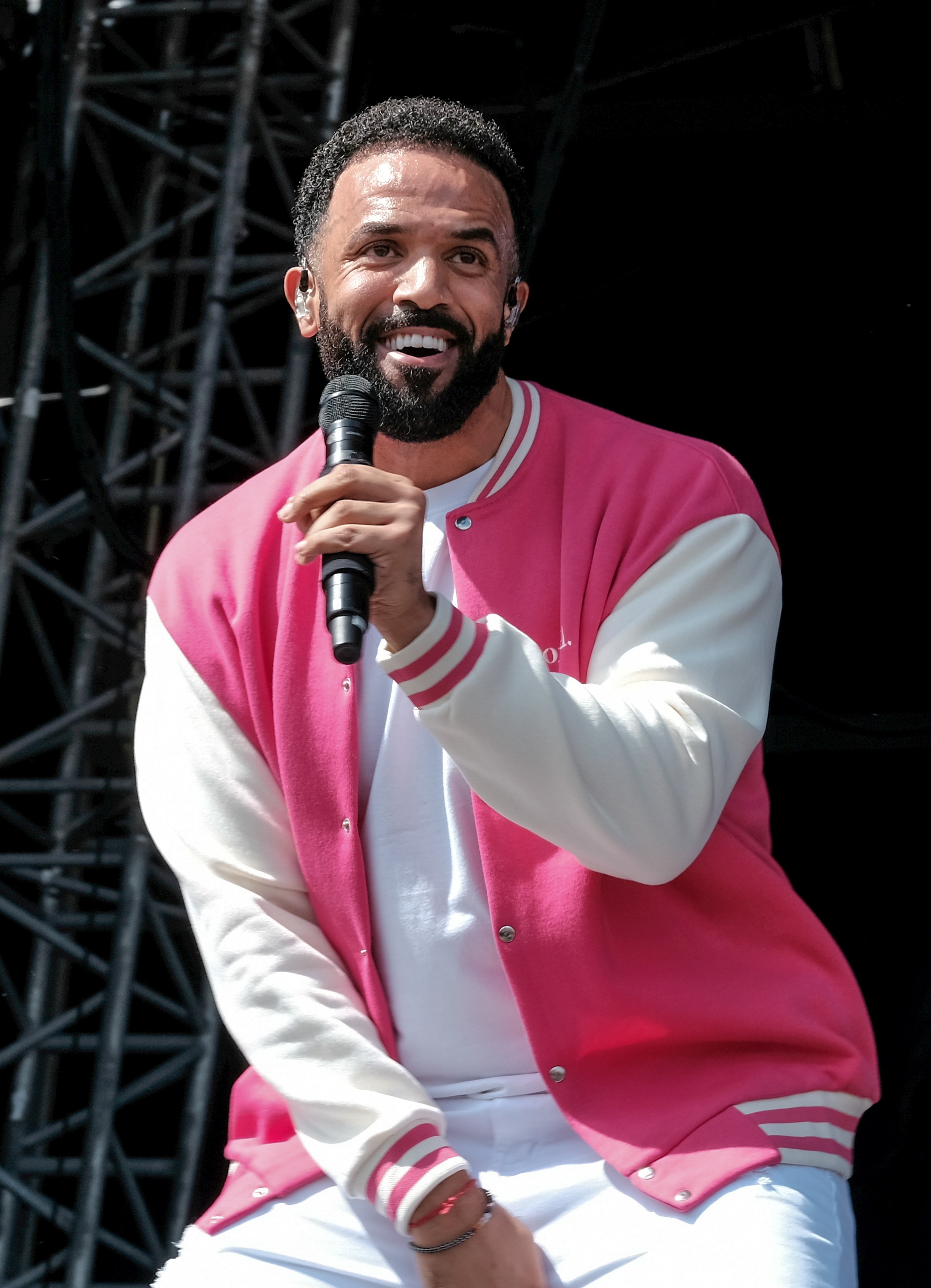 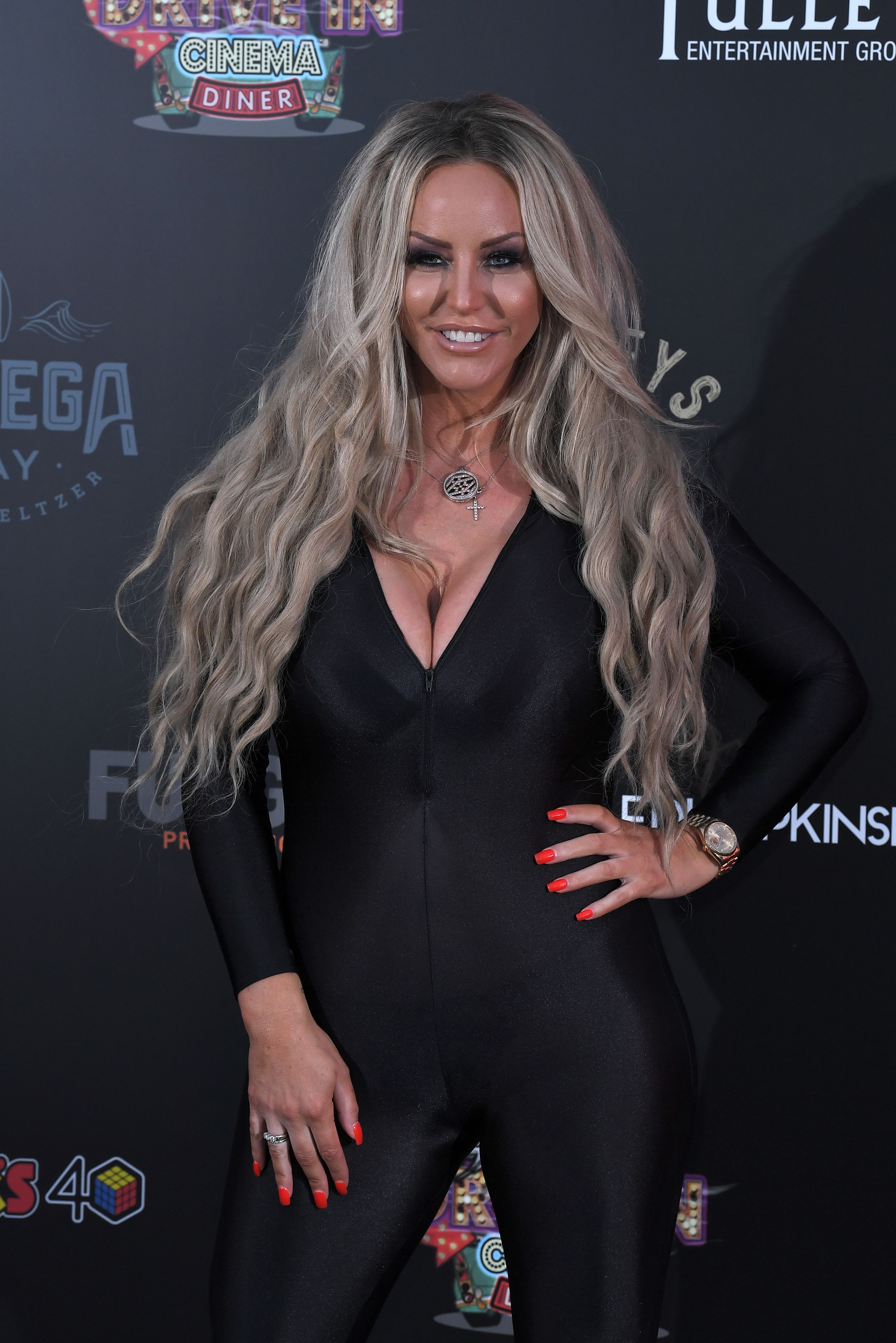 Rather than asking the blonde What’s Our Flava? as they picked from the menu, Craig started to sing his 2000 hit 7 Days, the smash single from his debut album Born To Do It.

The stunned model admitted the rendezvous in Hertfordshire was made even stranger by the fact she had her arm in a sling, which her friends had decorated with countless phallic drawings.

Danielle told me: “Craig took me on a date to a Chinese restaurant in Hemel Hempstead where he serenaded me by singing 7 Days.

“He was a total gent and paid for the dinner but it was hilarious. Even though it was a few years ago now it still sticks in my mind.

“I had a broken arm at the time so I was in a sling which was covered in willies that my friends had drawn on it.”

The former My Big Fat Gypsy Wedding star added: “We did see each other a few more times but it fizzled out. I think I was playing hard to get.”

Craig is in the middle of a series of summer festival gigs and will kick off his Hold That Thought UK arena tour in April next year.

The trek will see him play 13 dates up and down the country, including two nights at London’s O2 Arena.

Despite being two decades into his career, last year Craig bagged another hit single after his Really Love collab with KSI and Digital Farm Animals shot to No3 in the charts.

Before moving into topless modelling the starlet won a small part in Heath Ledger’s film The Four Feathers, alongside Kate Hudson.

If that fails, I’m sure she can count on Craig for a takeaway, for old times sake at least.

SHE became a global sensation following the success of her debut single Driver’s License and subsequent No1 album Sour.

But years before most of us had even heard of Olivia Rodrigo, British pop star HRVY knew she would be a hit.

Now the Strictly Come Dancing finalist, back with new single Runaway With It, is angling for a collaboration with the American sensation.

In an exclusive interview, HRVY explained: “I love Olivia so much, she is unbelievably good.

“I slid into her DMs two years ago. I said, ‘I’ve seen you sing, you are incredible and you’re going to be a star’. She is a dream collaboration.

“I did the same with Billie Eilish too. When she first started out I told my producers, ‘You need to see this girl, she will be huge’.

“They listened to Ocean Eyes, at this point it had hardly any streams, and I said, ‘She will blow up’. I have very good taste.

“I need to start my own record label and begin signing everyone. I swear I have a talent for doing that.”

The singer, who has signed a new record deal with BMG, says he feels inspired again.

HRVY added: “It feels like I’ve been given a new lease of life. I’m really excited about Runaway With It and can’t wait for people to hear it.”

He will perform the track, which samples Shanice’s 1991 hit I Love Your Smile, at the National Television Awards tomorrow night.

He said of the gig: “I am feeling nervous because normally it is screaming people in front of me, this time it’s going to be a load of actors sitting at their tables.

“I don’t want them sitting there looking at me like, ‘Who is this?’”
He’ll get full marks from his Strictly co-stars at the very least.

Daisy's risk of getting grub-by

THERE is nothing that makes me more happy than a bevy of beautiful women and a kebab – especially when it’s not 3am.

So if there was ever a dream event for me, it was Monday night’s British Takeaway Awards at Old Billingsgate, central London, which model Daisy Lowe attended in this slashed, nude gown. 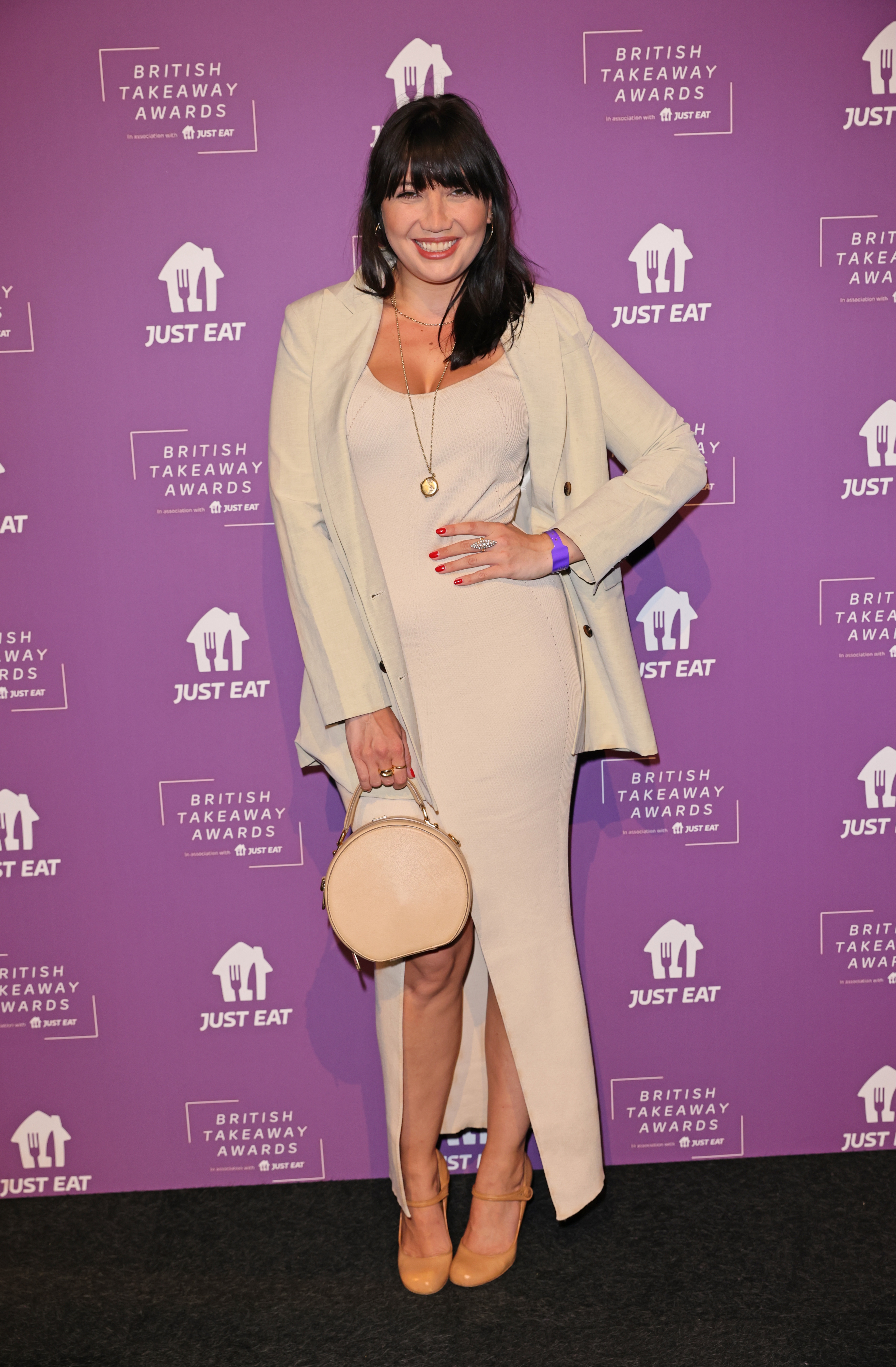 Singer Pixie Lott and her model hubby Oliver Cheshire, and reality star Lucy Mecklenburgh were also there to try the free grub at the bash, which was hosted by Take Me Out and Top Gear’s Paddy McGuinness.

But I can’t help but feel these ladies were being far too optimistic, heading to a ceremony like that in these light-coloured outfits.

If Pixie is anything like me on a night out, that white number will have been covered in ketchup by the time she hopped in a cab home.

JARED Leto appears to be taking inspiration from Kanye West with his latest look.

The Hollywood actor walked around New York in this bright yellow balaclava. 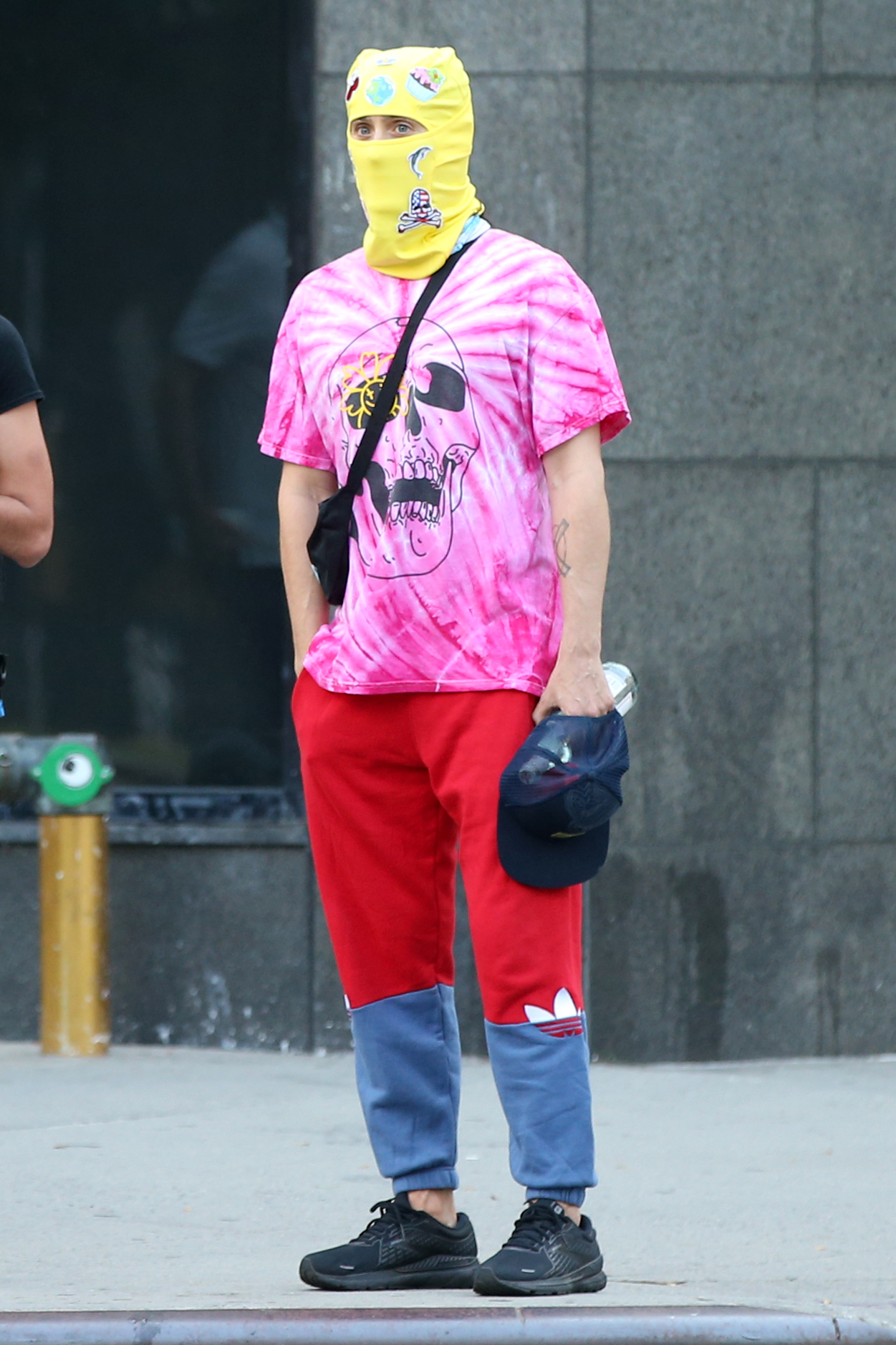 Rapper Kanye has taken to wearing the headgear as a disguise when he is out and about, but it seems Jared didn’t quite get the point – as he got even more attention than usual.

The House Of Gucci star paired it with a tie-dye pink T-shirt and red-and-blue joggers.

I assume his invitation to the next Fashion Week will conveniently get lost in the post.

NAOMI Campbell's idea of a summer holiday is a lot different to mine – she jetted off to a resort which examines guests’ wee.

She has just returned from the Austrian resort of Vivamayr Maria Worth, which apparently “helps you find your way to long-term health and a new quality of life”.

Prices for a week-long stay start at £1,800, with services including nutrition counselling and urine analysis.

It sounded right up new mum Naomi’s street. She wrote on Instagram: “In my field we get looked upon with an external eye for outside appearances.

“Its important to me is to focus on the internal.”

But those “outside appearances” have made her one of the highest paid models.

THEY say birds of a feather flock together – and so do superstars.
Nicki Minaj has revealed she invited Rihanna and her boyfriend ASAP Rocky to her home in New York for a get-together.

Nicki captioned the photograph: “Queen Rhi . . . love her down.”

Plenty of people would have loved to be a fly on the wall at that meeting.

RADIOHEAD are celebrating the 20th/21st anniversary of their albums Kid A and Amnesiac by releasing a new triple record.

Kid A Mnesia will feature the two classic collections as well as a third disc, dubbed Kid Amnesiae, with previously unheard remixes and songs that didn’t make the cut during the recording sessions.

New track If You Say The Word is available now as a digital single while the special celebratory record is out on November 5 – putting them head-to-head with ABBA’s new album Voyage.

Look Who's on tour

HE’S only three years off the big 8-0 but nothing is slowing down Roger Daltrey.

The Who frontman is hitting the road for a 13-date solo tour in November and said: “Singers need to sing, use it or lose it.

“I want to take the audience on a musical journey through my career, with a show of songs and sounds that explores and surprises.

“This pandemic has brought home what an important part of me singing is and it’s made me determined to get back on stage asap.”

The tour kicks off in Sheffield on November 4, then Roger will be visiting venues across the country.