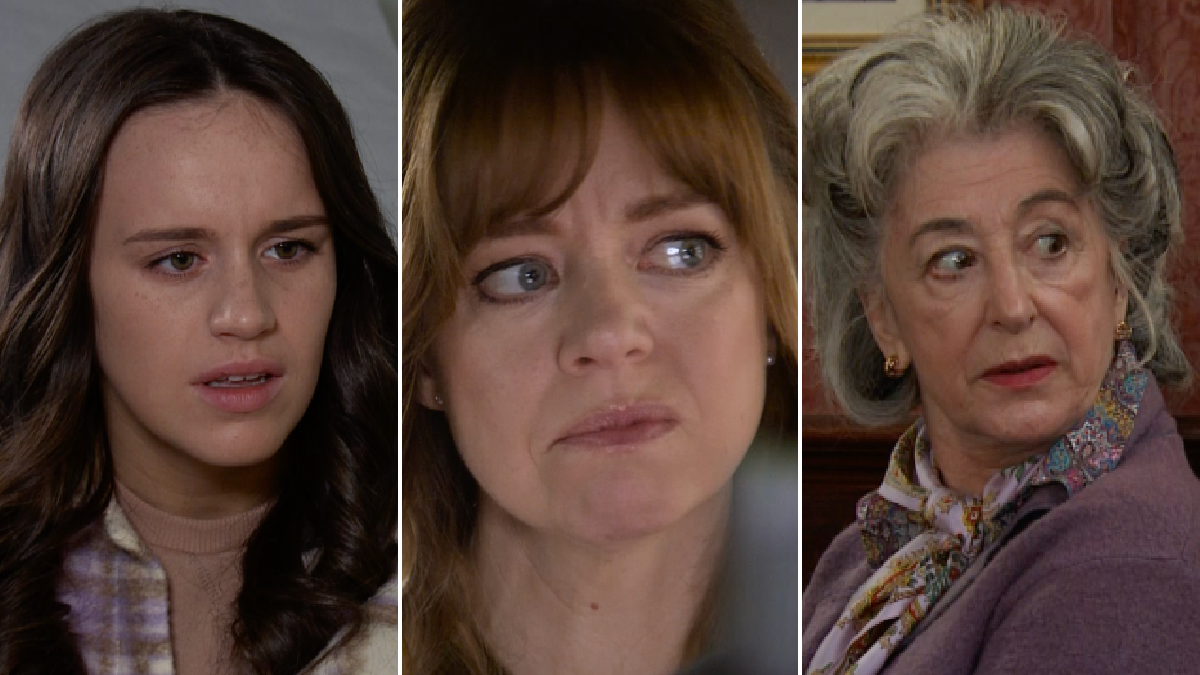 From shocking revelations, to intense showdowns, it’s safe to say that it was all kicking off in Coronation Street this week!

Max Turner (Paddy Bever), meanwhile, found himself fighting for his life after lacerating his leg on a piece of glass, as he attempted to run from the law.

It was quite the week, right? Well, don’t think the drama is over just yet, because as is always the case in Weatherfield, there is much more to come.

We thought you might fancy a little sneak peek of next week’s shenanigans, and if so then you’re in luck, as we’ve got five little treats to tide you over until Monday.

The fallout of this week’s developments, as ever, continue into the next, and with so many questions left unanswered, here are some brand new spoiler clips to keep you entertained.

You don’t have to thank us.

Faye is left utterly stunned when Dr Gaddas reveals that she has early onset menopause, meaning that she and Craig will never be able to have any biological children.

Abi explains to Toyah that she’s doing everything that she can to ensure that she is the best mother possible to Alfie, before asking her if she would really be marrying Imran if Alfie wasn’t in the equation.

Toyah is left with food for thought, as Abi once more pleads with her to reconsider getting wed to the lawyer.

Kelly pleads with Imran to not take Alfie away from Abi due to the morphine situation. Imran, however, manipulates Kelly, claiming that if anything were to happen to Alfie, then it would be on her conscience.

After overhearing Mr Thorne boasting to a colleague that he wants to collect a bet for his rapid transplantation of Peter’s liver, Aggie refuses to let it lie, despite his denial.

Eileen assures George that she can cope with his snoring. Evelyn, however, reckons that this won’t be the case, which leaves her feeling unsettled.

Coronation Street airs these scenes w/c Monday May 2 at 8pm on ITV.