The actress is back on the cobbles, reprising her role as Evelyn Plummer. 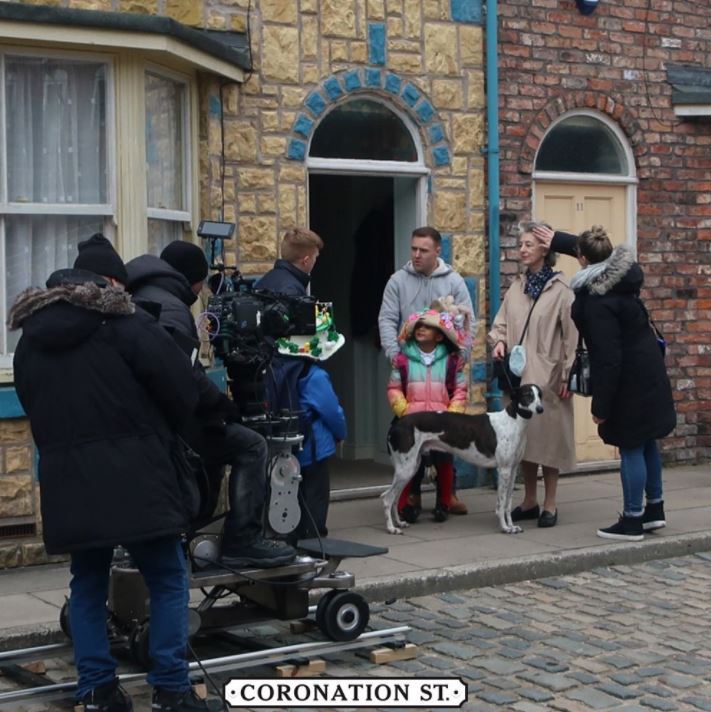 Maureen and Alan were joined onset by Sam Aston – who plays Chesney – Brown – as they filmed their upcoming episode.

During her last Corrie appearance, Evelyn told Tyrone that it was she – and not his mother – who had abandoned him as a baby.

She also revealed that his mother, Cassie, was hooked on drugs and Evelyn left him on the steps of the police station, believing it would be the kindest thing all round.

Evelyn told Tyrone how sorry she is and that there wasn’t a day that went past that she didn’t think of him. 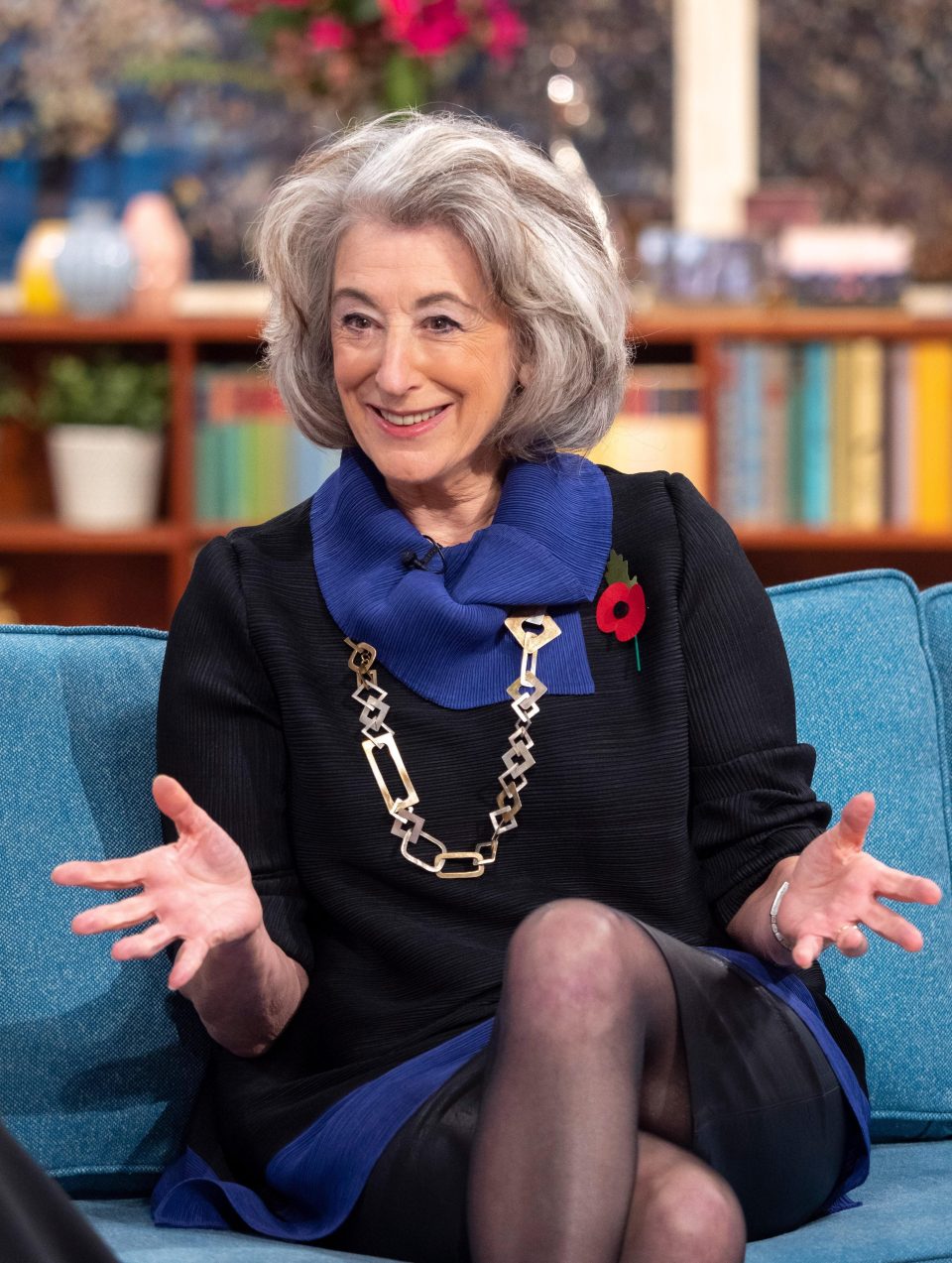 She tried to reassure him that she wants to be part of his life, but Tyrone is hurt and upset and doesn’t respond well.

He bitterly told her to enjoy her holiday and not to bother coming back to Weatherfield when it’s over, leaving Evelyn reeling.

Last year Maureen said she gets "depressed" at the sight of her character.

She revealed: "There isn't much comedy in the actual storyline by the very nature of what it is. 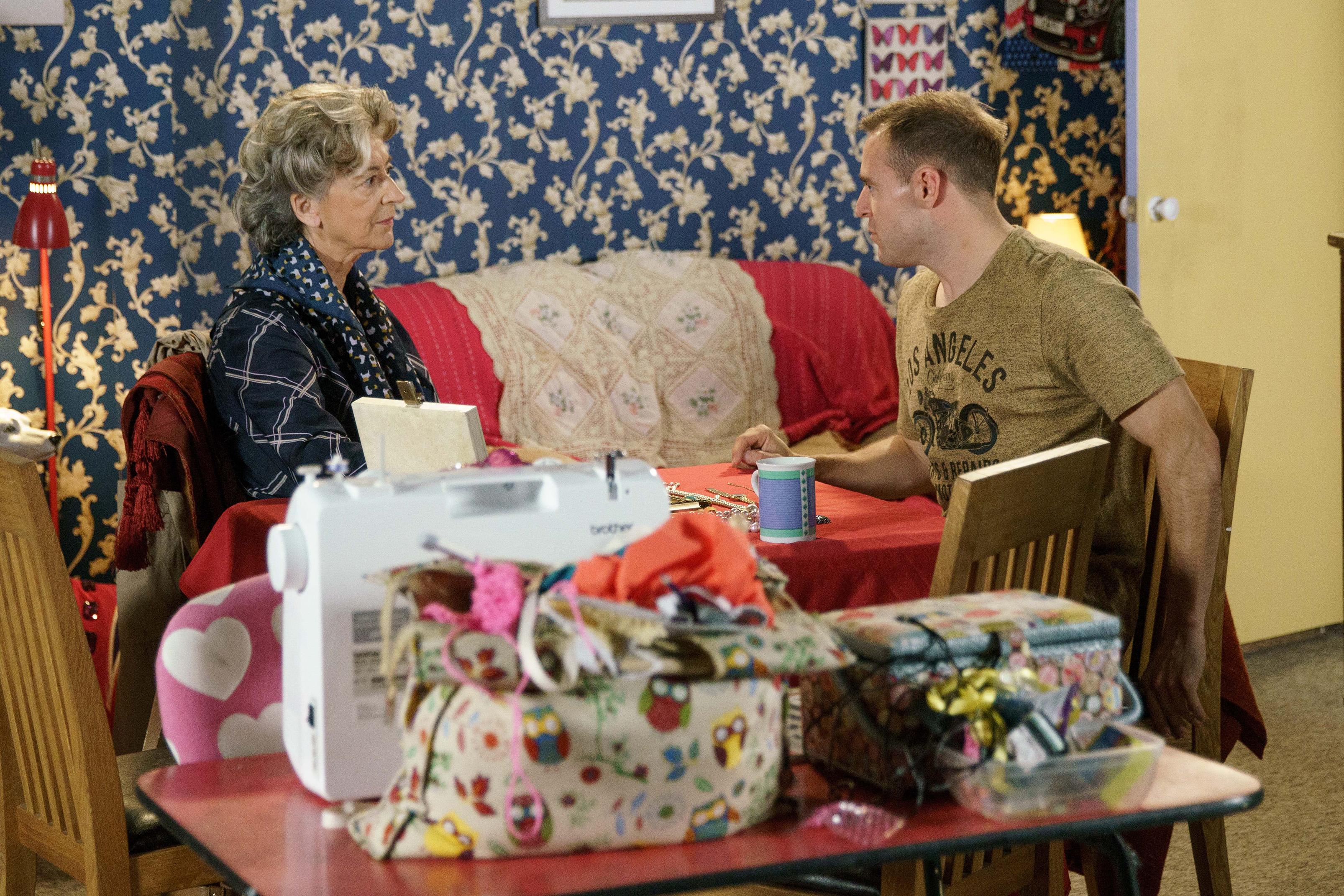 "But the lines are dry and in a way you have to put your own personality into it, and the writers start to respond to the way it is going so I can only wait and see."

Maureen recently hit out at chat shows for being "too smutty" for her liking.

Speaking to the Radio Times she said: "I will be 'no-platformed' from Hogwarts to Hull for saying this, but it’s actually rather misogynist.

"It forces female actors into a predatory role while the male Hollywood actor’s job is to sit in studied rictus, unable to believe such loucheness is allowed on National Television. 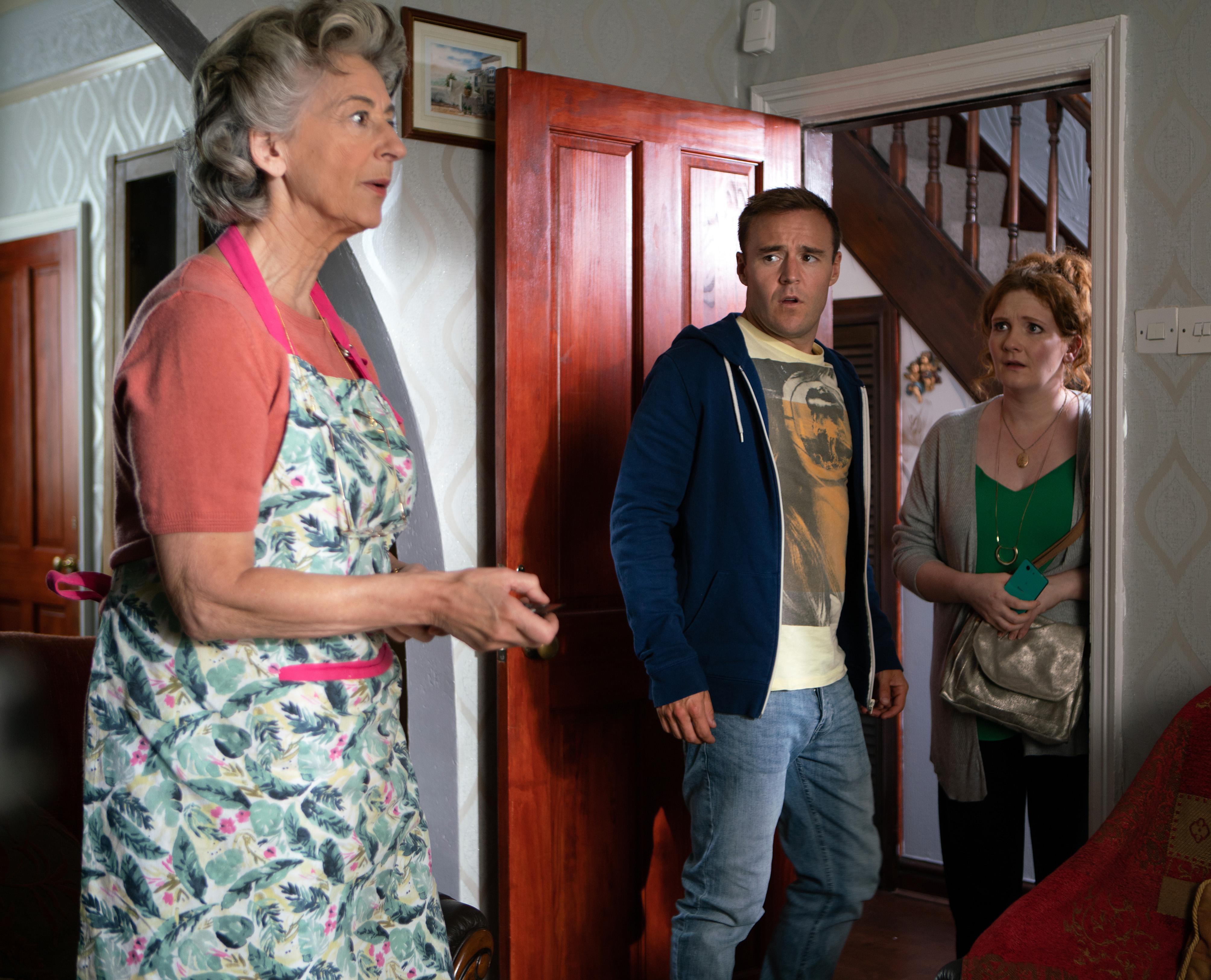 "Now what matters most in them are the bum, poo, willy, titty references, a sign in my view of the increasing initialisation of TV these days.

"I accept the chat-show format had to change, but the sofa is crammed with English actors telling their juiciest genitalia stories while the host sniggers in a three-piece suit.

"Chocolates are pressed between Hollywood buttocks in the night by one beauty, an Oscar contender recounts placing a sponge between her legs for a sex scene and the show peaks with a 'relief' story of self pleasure in a tree from a gay actress in her 70s."