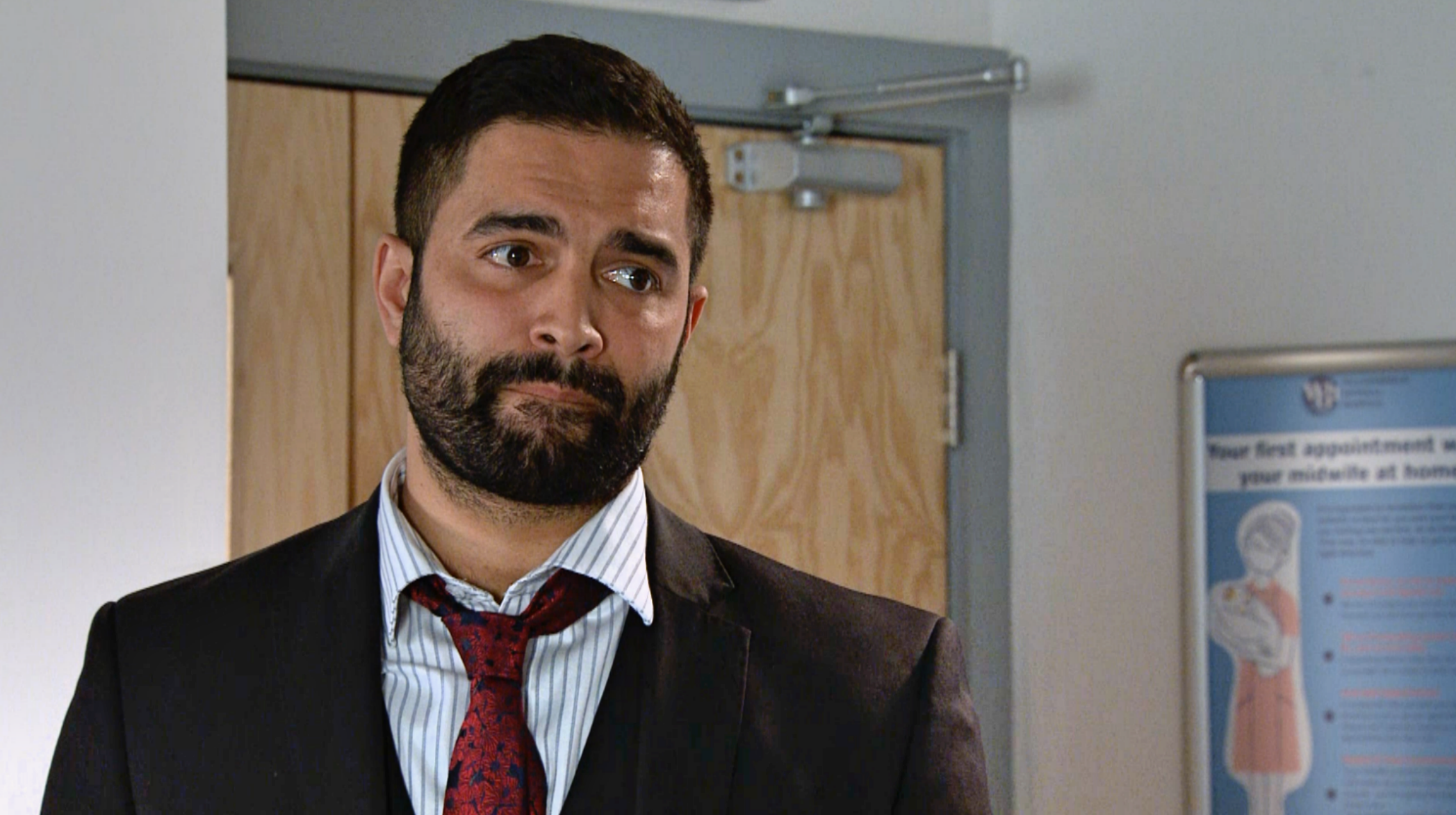 Coronation Street star Charlie De Melo did not hold back in revealing what he really thinks of his character Imran Habeeb.

The actor described his cobbles alter-ego as ‘selfish’, admitting that the lawyer consistently serves himself and often avoids taking responsibility for his actions.

‘Imran is far more selfish than he would let on,’ Charlie told Metro.co.uk. ‘You’re never supposed to judge your character but I feel I’ve been doing this long enough that I’m allowed to have an opinion of him now.

‘I think he presents himself as heroic and wants to be seen like that. But I don’t think anything he does is selfless.

‘In regards to his white knight syndrome of wanting to kind of protect the innocent and be the one that supplies justice to the street, I think it’s self serving.

‘He’s shown that when he has done wrong to those he professes to love, he does everything he can to avoid responsibility. He will eschew it, he will try to hide and he will run away.

‘His own ends are more important than anything else and the fact that that includes his loving family is almost secondary.’

Imran, as viewers know, is currently at the centre of a huge storyline in the ITV soap, after Abi Franklin (Sally Carman) gave birth to his baby last week.

The solicitor discovers that he’s a father in upcoming scenes, after Toyah Battersby (Georgia Taylor) asks him for advice on an ‘ex-client’ who just had a baby.

Imran ultimately puts two and two together, realising that she’s talking about Abi and thus makes his way to the hospital to get confirmation.

Abi initially denies that the baby is Imran’s but soon enough she confirms his suspicions.

‘In the initial few scenes in the neonatal care unit when he sees his son for the first time, he’s premature, he’s tiny, he’s hooked up to wires and machines,’ said Charlie, describing scenes which will air this week.

‘He sees this little guy who’s so helpless and needs help from his family unit, he makes an instinctive snap decision that this is the only thing that matters.

‘He says that out loud, the sacrifice that he’s now willing to make – his set up at home, his career, his love life with Toyah and the situation with fostering Elsie – all of that he is willing to risk in order to be present and be there for his son – and by extension, Abi – to make sure her misdemeanours and mistakes aren’t used to keep her away from the baby as well.