Kelly Neelan (played by Millie Gibson) finally discovers the truth about Gary Windass (Mikey North) killing her father Rick Neelan (Greg Wood) in her final Coronation Street episodes. However, despite the teenager plotting to kill her dad’s murderer, Gary will risk everything to save the girl who has become like a daughter to him.

The teenager is drawn into the world her dad inhabited and pays a hitman to kill Gary.

However, when the plot tragically backfires, will Gary be able to save Kelly in time or will they both end up fighting for their lives?

Coronation Street Mikey spoke to Express.co.uk and other press about Kelly’s last scenes on the cobbles.

In recent weeks, viewers have seen Gary take Kelly under his wing and become a family with Maria Connor (Samia Longchambon). 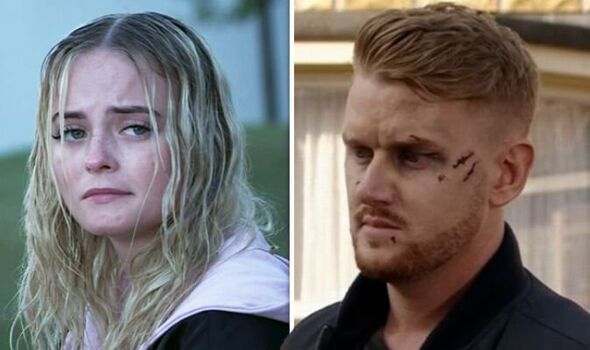 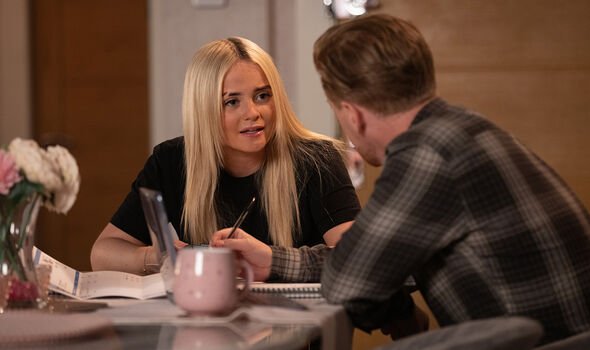 “I’m glad this softer side of Gary is starting to pop up more and more now,” Mikey said.

“Hopefully it’s starting to round him off as a character. He’s grown up a lot in the last few years and I’ve really enjoyed getting to play that side, but obviously with the knowledge that he could go at any point.

“There’s the protective side, where Gary wants to look after his family. I always say everything he has done has mainly been with his family in mind and he wants to do the right thing.

“Hopefully that is the redeeming quality of the character and how we can progress him forward if he makes it.”

Fans have seen Gary do everything in his power to keep the truth about Rick’s murder under wraps but he’ll be unable to keep Kelly in the dark. 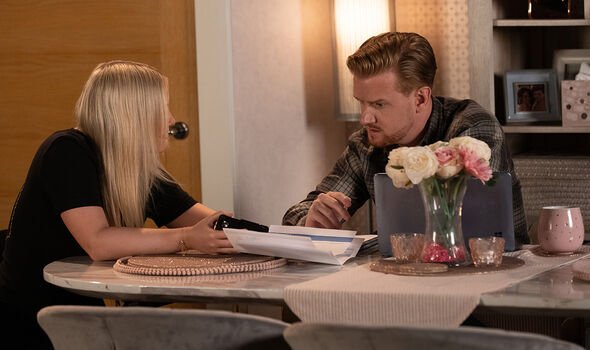 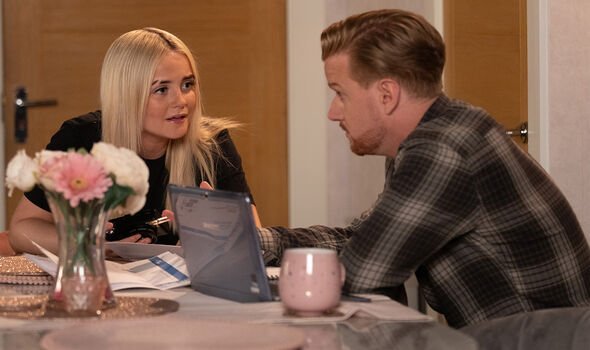 “Gary always tried to be one step ahead,” Mikey remarked.

“He’s got himself out of many a sticky situation down the years. I always say he’s like a cat with nine lives. But this is getting pretty drastic now.

“I think the crux of it is, when it’s his life at stake, he always knew it would end like this.

“But when he finds out that Kelly’s involved, he is willing to die for that girl and that’s the start of this story and this is what plays out.”

“I think he feels more fear when it comes to other people being in danger, as opposed to himself,” he added.

As part of Kelly’s dramatic last scenes, she will find herself on a roof with a hitman and Gary.

Will Rick’s killer get a chance to explain himself or will the gunman shoot him before he has the chance?

Mikey revealed his character would do whatever it takes to protect the teenager.

He said: “When they’re up on the roof later in the week, Gary will happily go off the roof for that girl.

“He genuinely would jump off if it meant saving her. That is his main aim. Whether he dies or not is of no consequence to him, he’s just looking to save Kelly. That’s how things play out.”

Coronation Street fans will know Millie is leaving the ITV soap and her final scenes will play out with Gary.

Will the gunman shoot and kill Kelly when her revenge plan backfires?

Gary may leap across to try and save Kelly but the hitman could end up shooting and killing them both.

Mikey admitted he was thrilled to be a part of his co-star’s final scenes.

“I think it was inevitable that this is the way it would end. I’m just really happy that the story has come full circle and we’re ending up where we began,” he shared.

“I can still remember Kelly coming into her dad’s office about four years ago, like a little schoolgirl. I think she said: ‘Where’s my dad?’ I think that was her first line. It feels like yesterday, but now we’re four years on and I can’t believe it. It ends where it all started. It’s been a real pleasure.”

Coronation Street airs on ITV on Monday, Wednesday and Friday at 8pm.