Coronation Street viewers have seen Ed (played by Trevor Michael Georges) and his son Michael (Ryan Russell) the subjects of offensive comments from Don as they finalise renovations on the Bistro. As the reopening dawns nearer, Don’s racism will heighten, leaving Michael pleading for his dad to fight back. But, with Ed holding off from doing so, will it be down to Michael to put things right

The Bailey family quickly found their feet on the cobbles after moving to Weatherfield last July.

However, it’s not all been plain sailing as secrets from the characters’ past began to emerge as the months went on.

The youngest member of the clan, James (Nathan Graham), had been hiding the fact he was gay for years.

He finally told his mum Aggie (Lorna Laidlaw) and brother last year but he was reluctant to tell his father as he worried about his reaction to the news. 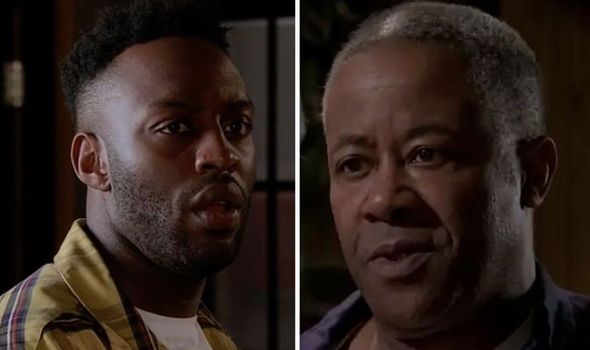 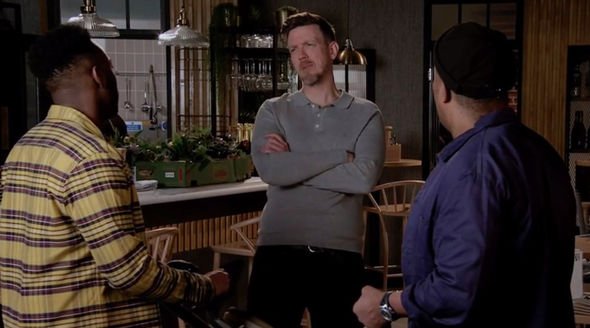 Sure enough, when he opened up to Ed at long last, it wasn’t met with the response he had been desperately hoping for and there has been a rift between the pair ever since.

He’s not the only one with a difficult situation to deal with as Michael was revealed to have a secret daughter late last year.

He admitted he had abandoned his girlfriend Grace (Kate Spencer) when he discovered she was pregnant and is now trying to make amends.

However, with the family now in a whole new set of drama due to Bistro manager Don’s verbal abuse towards Ed, will Michael step up and land himself in trouble? 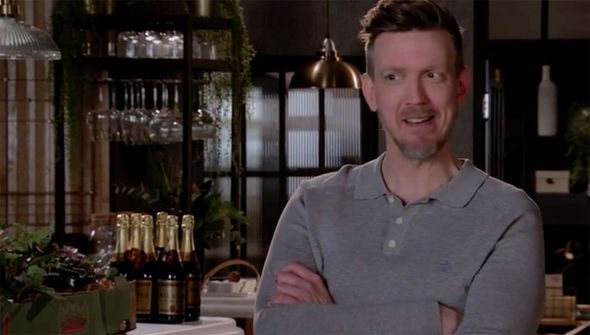 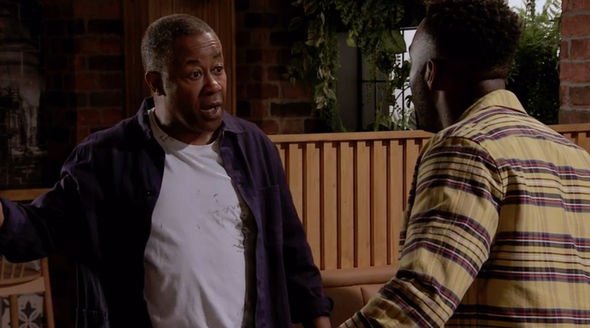 In a preview clip for this Friday’s episode, Don’s remarks worsen and Michael clashes with his dad after Ed refuses to hit back.

Michael pays Ed a visit in the Bistro with his daughter Tianna and questions why his dad hasn’t been helping other son James out.

James will be dropped from the squad of his football team early next week and left wondering whether to leave the sport altogether.

However, Ed will not be the supportive presence he needs and explains how he warned James what could happen after he opened up about his sexuality.

After Michael’s comments about his brother, Ed replied: “He chose to do what he did and it blew up in his face like I said it would.

“Why? am I the bad guy now?” before Michael reminded him: “I don’t think he chose to be gay.”

As their chat became more heated, Don walked over to hand out his latest tirade of abuse: “Another break is it?” he asked the pair.

Michael rolled his eyes, with the manager continuing: “Oh calm down Fresh Prince, I’m only having a laugh. I know you’re grafters but you’re just keen to keen to get home for your drop of rum and your chicken, rice and peas.”

As Don walked away, Ed threw his hat down in anger with Michael asking: “How much more of this are you going to take?”

Create your own survey at doopoll.co

A dismayed Ed noted: “Like I said mate, you choose your battles. If I have a fight with him it ain’t going to change him.

“All that happens is, I get sacked and we don’t get paid,” with Michael asking: “So we just suck up whatever he says then?”

However, could Michael decide to fight back instead after being less tolerant of Don’s behaviour?

With things set to come to a head at the Bistro reopening in upcoming episodes, will Michael use this to expose Don and give him his comeuppance?