Coronation Street resident Yasmeen Nazir (played by Shelley King) has been abused by her husband Geoff Metcalfe (Ian Bartholomew) for over a year on the ITV soap as the wannabe magician made his spouse’s life hell. Yasmeen fought back this summer and defended herself when Geoff waved a knife in her direction. As the Speed Daal owner finally faces the jury in the episodes to come, it seems there could finally be a way out for her as Ian Bartholomew teased the end of the long-running storyline – but will this mean Geoff is finally on his way out?

In explosive upcoming scenes, several of the show’s characters will see their respective storylines come to a climax.

And one plot viewers are desperate to discover the outcome of is Yasmeen’s fate after she was abused by Geoff and put in prison for attacking him.

The restauranteur will go on trial in episodes to come as several of those in Weatherfield will testify against Geoff.

It’s not yet known what the outcome of the trial will be but star Ian has teased a possible exit on the cards for his alter-ego. 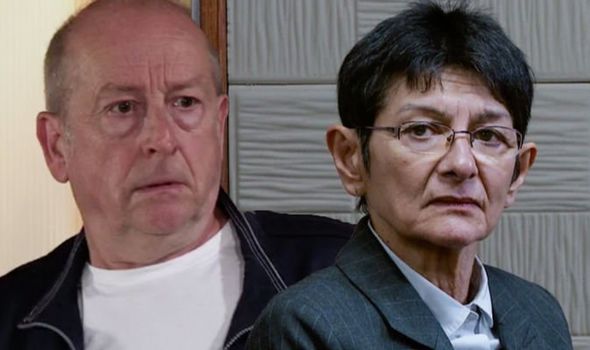 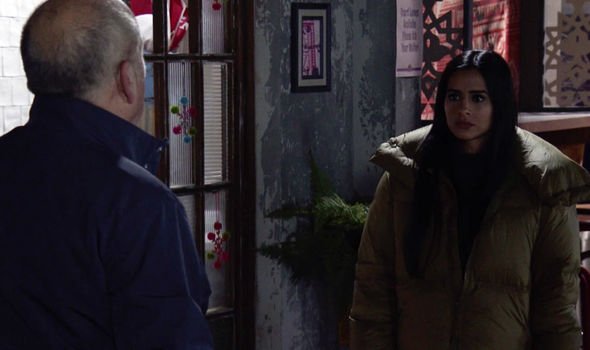 Speaking to Express.co.uk and other press ahead of the soap’s 60th-anniversary week, the actor reflected on his character’s development.

Fans will remember Geoff joined back in 2018 and first drew attention from Audrey Roberts (Sue Nicholls) before embarking on a quest to charm Yasmeen.

Ian said: “When I first joined, Geoff was a bit of a bumbling idiot, a sort of amateur magician and DJ. 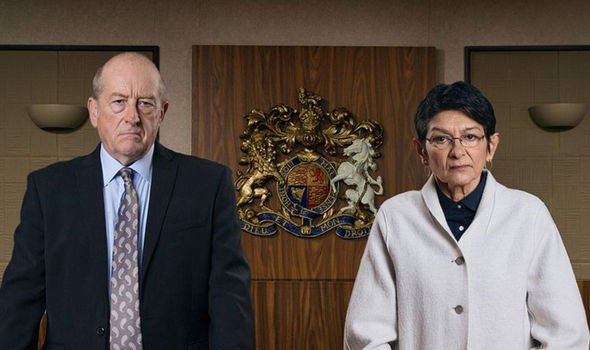 “That was about six months in and we’ve been playing this story now for the best part of two years.”

But the star hinted his character is set to say goodbye to the cobbles for good as the storyline reaches its conclusion.

He continued: “I think it’s pretty much understood that if you play a character like this, if you are a villain or baddie, there is a certain amount of shelf life.

“So, it wasn’t a surprise when we realised that we were coming to some sort of conclusion, or some sort of catharsis for Yasmeen.”

However, whether Geoff decides to go and live it up in Cyprus as he currently plans to, or face a spell behind bars is currently unknown.

But will Yasmeen finally get the justice she rightly deserves and get to see her husband leave the cobbles, or will Geoff come out on top once again?

Geoff continued to rile up his son Tim (Joe Duttine) in the latest instalment of the ITV soap leading to the latter punching him in the face.

And this could well affect Tim’s ability to be able to give evidence against his dad in court.

Imran (Charlie Di Melo) will step up and act as representation for Yasmeen as she awaits her verdict – but what will the jury decide?

“Whatever happens,” Ian added, “She [Yasmeen] has to deal with the aftermath of it and I think that’s important to stress and to understand that that is going to be continuing.

“And it needs to continue because that’s part of the story is not just what happens before any major incident is what happens after.”

He went on to explain what it has been like to be a part of such a hard-hitting storyline: “It’s been a ride, it certainly has been a ride very challenging.

“But as Shelley [King] said, you know, people around us were so supportive and understanding.”

Coronation Street airs Mondays,  Wednesdays and Fridays at 7:30pm and 8:30pm on ITV.