Actress Conchata Ferrell passed away on October 12 at 12:30 PM PST, at the age of 77 as a result of complications following a cardiac arrest. She died peacefully surrounded by family at Sherman Oaks Hospital in Sherman Oaks, California. 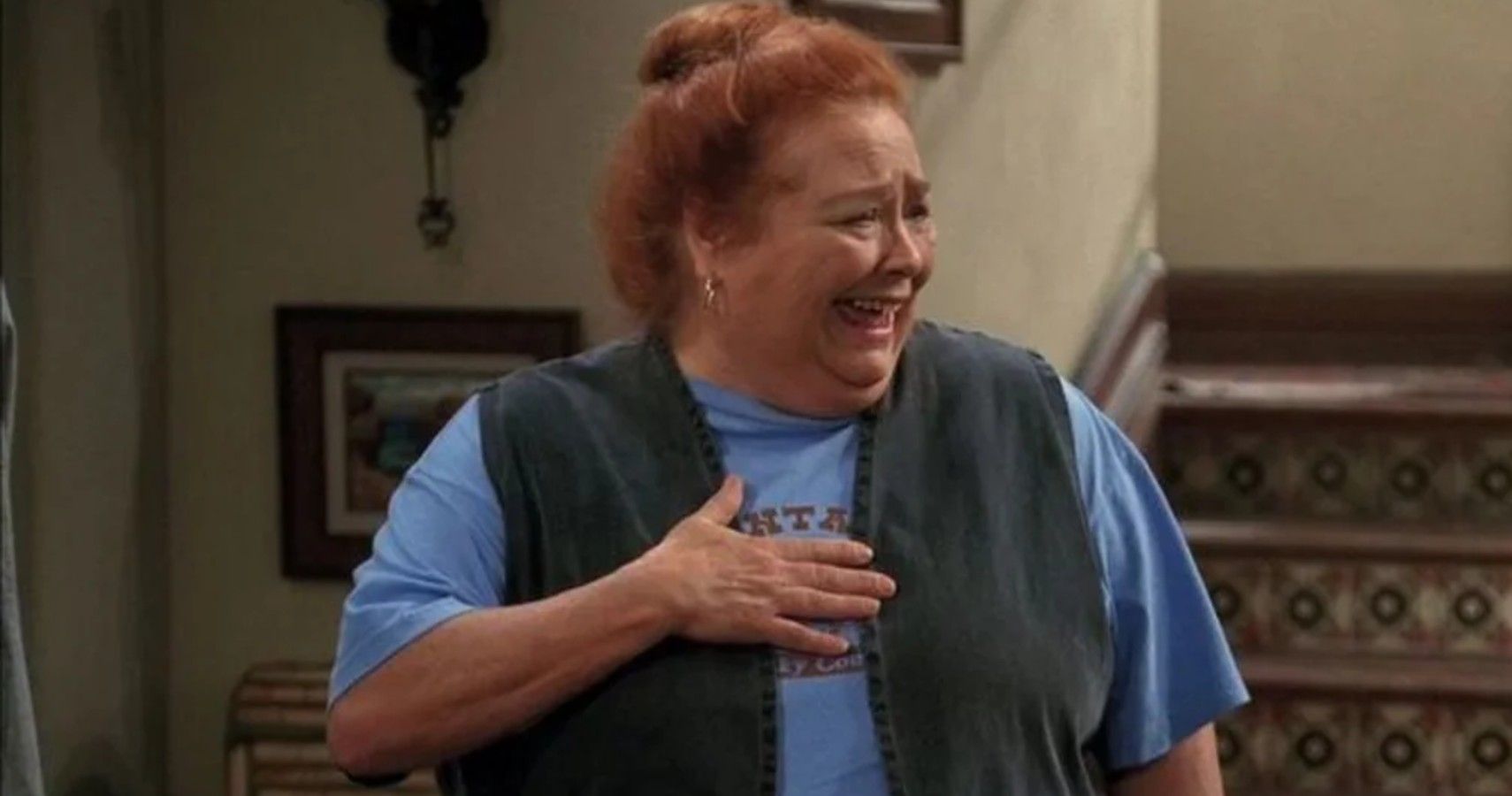 Ferrell is probably best known for her role as no-nonsense housekeeper Berta on the hit CBS comedy Two and a Half Men. This role earned her two Supporting Actress in a Comedy Series Emmy nominations in 2005 and 2007.

“She was a beautiful human,” Two and a Half Men star Jon Cryer said following the news of Ferrell’s death. “Berta’s gruff exterior was an invention of the writers. Chatty’s warmth and vulnerability were her real strengths. I’m crying for the woman I’ll miss, and the joy she brought so many.” (You can see his tweet below.)

The veteran actress also landed an Emmy nomination in 1992 for her role as Susan Bloom on L.A. Law. Her other notable TV series include Good Times, E/R, Grace and Frankie, Buffy the Vampire Slayer, and BJ and The Bear.

Ferrell was an accomplished stage actress. She gained success off-Broadway as an original member of the Circle Repertory Theatre. For her appearance as Gertrude Blum in Edward J. Moore’s “The Sea Horse,” she received a Drama Desk Award, a Theatre World Award, and an Obie Award for Best Actress in 1974. Her role as April Green in Lanford Wilson’s “Hot L Baltimore” led her to Los Angeles and a starring role in the Norman Lear series of the same name. Other notable productions include “Battle of Angels” in 1974 by Tennessee Williams (later known as “Orpheus Descending”), and “Picnic” by William Inge at the Ahmanson Theater.

“Conchata Ferrell was exactly the kind of artist for whom we created our theater – a deeply honest performer who would inspire our playwrights to create roles for her,” said Circle Rep’s founding artistic director, Marshall W. Mason. “She was our first home-grown star.”

Ferrell, whose most recent credits included Netflix’s The Ranch, TV movie A Very Nutty Christmas and the upcoming feature Deported, moved into a long-term care facility several months ago after suffering a cardiac arrest. She is survived by her husband Arnie Anderson and her daughter Samantha. In lieu of flowers the family requests any donations to TheLovelandFoundation.org and the ASPCA.org.

Here is more of Mason’s memories of Ferrell, whom he directed in her most significant plays:

After graduating from Marshall University, Conchata Ferrell came from West Virginia to the Circle Repertory Company, an off-off-Broadway company in its first year, where she made her debut as the Maid who lighted a chandelier and then raised it to illuminate Chekhov’s Three Sisters.

Lanford Wilson saw Chatty (as we all knew her) as Agnes in his one-act Ludlow Fair opposite Trish Hawkins, and he was so delighted that he wrote The Hot L Baltimore for them. Chatty anchored the long-running hit as April, the world-weary wise-cracker who had done everything and enjoyed most of it. Her star turn attracted the attention of Norman Lear, who created a television series of Hot L around her.

Before she left for Hollywood, Chatty came back to Circle Rep to play Gertie, a mesmerizing performance in The Sea Horse, which won her an Obie Award.

Then, she played the breathless, sexually hysterical artist Vee Talbot, the wife of the red-neck Sheriff in the New York premiere of Tennessee Williams’ Battle of Angels.

In the early 80’s, she joined an all-star cast in the Ahmanson Theater production of Picnic, as Mrs. Potts, the warm-hearted neighbor of Jennifer Jason Leigh and Rue McClanahan. She reprised her role in the Showtime television version.