Troy Katsur has what is sometimes described as a devilish grin — or is it angelic? For anybody who knows American Sign Language, it may look like the former while the words he’s signing on the computer screen spill forth from laughing, nimble translator Justin Maurer as Kotsur’s fleet hands show how to talk in sign language about copulation in all its forms: “There’s so many different ways — you can sign ‘fucking’  like this” (a couple fingers part meaningfully) — “or show 69 this way…jerking each other off…or lesbians might do this…”

Kotsur is detailing one of the complications that arose as Sian Heder’s film “CODA” (Children of Deaf Adults) told the story of  the Rossi family — his dad character Frank, mom Jackie (as played with, let’s-just-say-verve by Marlee Matlin), tempestuous son Leo (Daniel Durant), and the family’s one hearing person, Ruby (British actress Emilia Jones). Made on a tight budget and schedule after several years of set-up and struggle by writer-director Heder (“Tallulah”), it found an opening night slot at Sundance last year and became a bust-out audience favorite that drew the richest festival sale — $25 million to AppleTV+.

Collecting enough critical kudos and nominations to make it a potential dark-horse darling of Oscar season, the recognition the streamer might be proudest of came with Kotsur’s string of nominations as Best Supporting Actor, topped off by one from the Screen Actors Guild, which also gave “CODA” a coveted Ensemble nod.

“When I got the nomination, my response was, ‘I’m handless’ — meaning speechless, of course — and I just feel so honored to be recognized, because I am a member,” he told IndieWire. “And it’s a blessing because there are so many talented actors out there that I’ve been able to share these nominations and celebrate with.”

Kotsur completes his progression — it’s like getting The Talk from your dad in thirty seconds — without spraining any digits, but he has a point to make. Sometimes with ASL “dialogue,” once translated via subtitles or a speaking character onscreen, things get too real for the larger room. “It’s too much for hearing people and they’re not ready to see that,” he said. “It’s a true story that the MPAA wanted to give our film an R rating.” 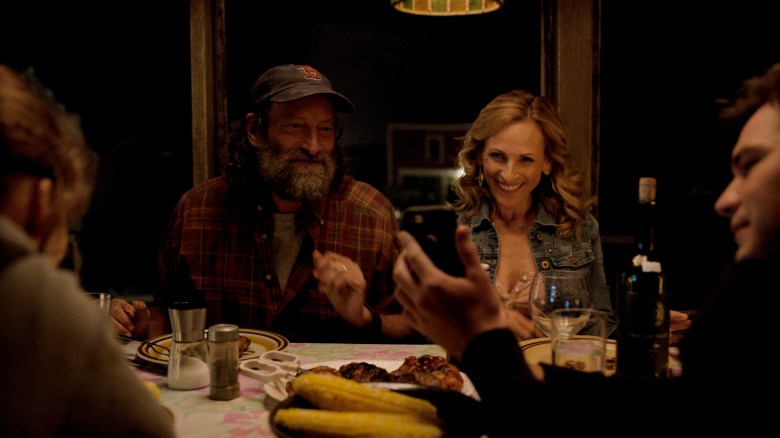 Kotsur entered this privileged stature thanks to the chops he developed onstage and in a sprinkling of little-seen film roles over many years, and scored with audiences and critics because his now-irascible, now-gleeful, portrayal of Frank shows a nuance and depth that only gains effectiveness from the verbal tools he’s not allowed to use.

It’s hard to overstate how arduous the journey has been: born in 1968 in Arizona to Mesa police chief Len Kotsur, he says with philosophical evenness, “I’ll never forget when my father called me a risk taker, ever since I was young. He called me that after I graduated school. ‘You know, Hollywood, it’s going to be impossible to be a deaf actor. Why don’t you become a teacher or an engineer?’ And I remained stubborn. I continued with my aspiration as an actor, because I had a strong gut feeling that something would come, I didn’t know when. And it didn’t matter, the timeline. But I have to admit that it was an extremely tough journey.”

In Kotsur’s favor was a skill set that drew notice — and roles — for the places he could find work, most notably a theater troupe called Deaf West: “I was extremely strong on the theater stage. And I was able to meet people and work with various directors and actors there and able to perform for different audiences. And you never know if a casting director or an agent or someone was an audience as I was acting in all these plays, and I was hoping for that throughout these years and trying to build my reputation as an actor.”

From her Oscar-winning role in “Children of A Lesser God” 35 years ago, Kotsur was devoted to Marlee Matlin: “I was able to finally see authentic deaf representation and it was an inspiration.”

As Heder told IndieWire, “Marlee had seen Troy for years on stage with [theatre group] Deaf West and was a big fan of his as well. So they came in really loving and respecting each other as actors, and did a lot of rehearsal both with me and on their own to really find this couple, and the specificity of the people in this fishing town.” 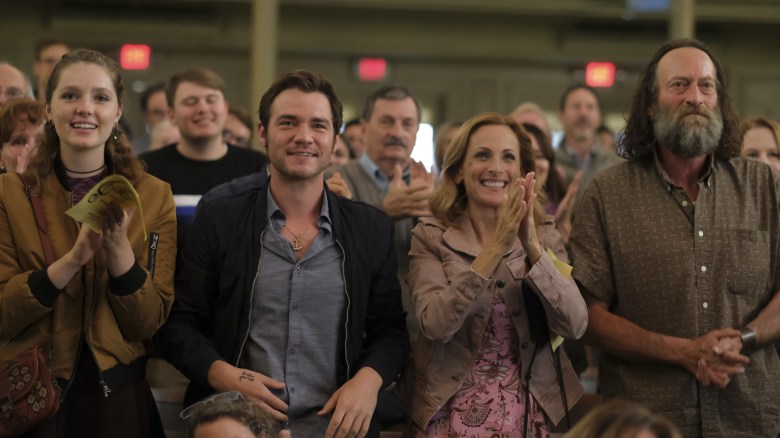 The film opens with and often returns to the Rossi family’s weather-beaten fishing boat, where the skills of father, son and daughter enabled Heder to shoot their work day freely: “I had fishing doubles ready to jump in. I never used them. Because Troy was so adapted, learning the equipment and the nets and the winch. At one point he was mending a net with a needle and thread. And I said, ‘Troy, you know, there’s no scene where Frank mends a net — I’m never going to use that.’ And he was like, ‘Yeah, but he’d know how to do it, so I want to know that.’ He wanted to live this guy and know him on every level.”

Jones, although a busy rising star, used the film’s long runway to a start date to study ASL and singing for nine months each — a commitment Kotsur prized: “She is so gifted, so motivated, and so brave. And then learning sign language, but that she put in the effort to really communicate with us, even without interpreters present. She would just approach us and chat with us, just dove into the deep end, shooting or not.”

As Jones told IndieWire’s Kate Erbland, “Troy has a CODA daughter the same age as me almost. So we kind of fell into this. … I was away from my dad because I was filming a TV show and then I went straight to ‘CODA,’ and so I was missing my dad. We had that father-daughter bond.”

Central to the story’s unfolding is the predicament the family faces — if Ruby is to pursue the musical destiny her talent could provide, she has to all but abandon the financially struggling relations whose ears and voice she is. As his own daughter’s interest in music grew, Kotsur found himself buying her not one, but two guitars. “I bought her both an electric and an acoustic, and she could choose which one to play,” he said. “I didn’t want to take away any chances of her life, keep in mind only what would be best for her. Sometimes my daughter will play the piano, and I’ll just sneak behind and I’ll touch the wood of the piano to feel the vibrations.”

Heder may have a taste for raunchy humor, but she had to dial back the gleefully improvisatory Kotsur — particularly an illustration of the agonies of jock itch featuring not just an evocation of testicles but a lighter the actor fished out of his pocket.

When the film goes to resonant silence to capture the deaf parents watching their daughter’s concert duet of Marvin Gaye and Tammi Terrell’s “You’re All I Need To Get By,” the director became aware of a dramatic poignance in father Frank’s reaction as the nearby audience appreciates what Frank and family cannot hear. “In that concert scene,” said Heder, “the heart of the story is a father/daughter story. Even though it’s about a family, what stood out the most to me was the way that the two of them were both deeply connected, and yet still trying to search for that with each other. When he stands and claps for his daughter, I find the look on his face so heartbreaking because it’s this desire to know your kid.”

Next and almost last in Heder’s script is the scene where Ruby sits by Frank in the back of his pickup and he asks her to sing to him (as in her concert, it’s the Gaye song). “In the back of his mind, the whole car ride home, he’s obsessing over it,” Heder said, “and he sits to have this moment alone, and she chooses to join him. And he’s getting what’s bothering him off his chest, because he doesn’t want to rely on strangers to know his daughter in that moment. He doesn’t want to have to look to an audience to understand why she loves this.”

Kotsur and Jones already had an intense bond, and wanted to connect in the scene, which was shot late in the day, said Heder. When they started rehearsing the scene, Troy turned to the director and said, “I don’t feel anything on her throat.” 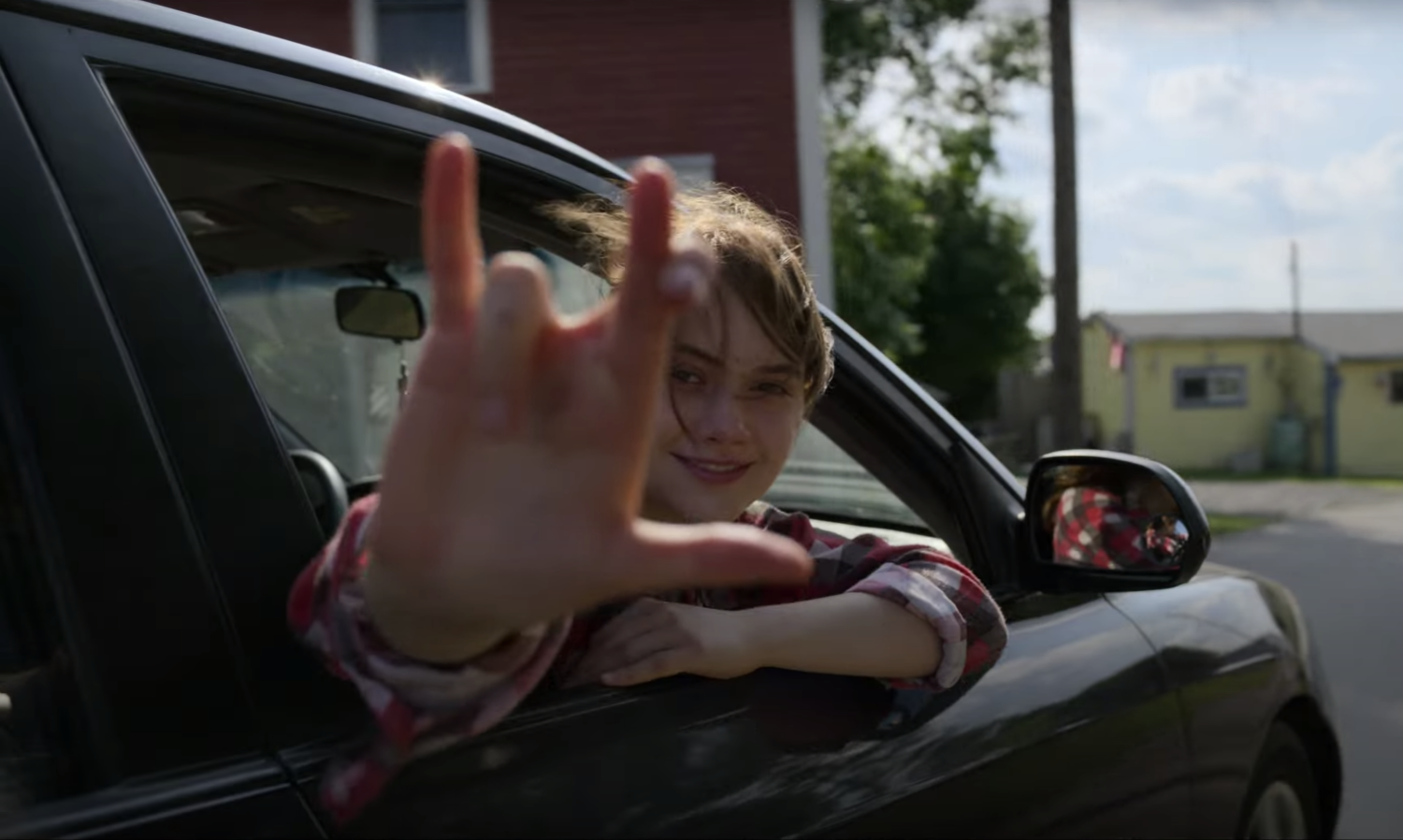 As the scene unfolded, Heder said, “I was so moved by watching, not just the characters, but two actors work as a team to try to give something to each other. It was moving for both of them and for the crew that was watching. I looked around and three interpreters had walked away from set because they were all crying — a very powerful moment because it was both Frank and Ruby having a moment, but also Troy and Emilia.”

Indeed, for Kotsur this moment so deep into the shoot paid off because of what preceded it. He decided not to say the word “thank you,” but to express it another way: “My in-my-gut feeling, I wanted to get rid of it and instead kiss Ruby on the forehead as my way of — as Frank Rossi — saying thank you.”

Kotsur reflects for a moment, with family clearly on his mind. “When I first became involved in theater, my father had retired as a police chief, and so he started to enjoy coming to see me in the theater in California, various other states he would drive to and support me,” he said. “And I realized that my father was proud to see me and have these small successes, but it’s a shame that he’s passed away, and he didn’t have the opportunity to see ‘CODA’ getting nominated for these awards. And I do wish he was here to see it now, ‘Hey, Dad, don’t call me a risk-taker anymore.’”

“CODA” is currently available to stream on AppleTV+.