Tanner Buchanan has confirmed he has obsessive compulsive disorder. In an interview with the Just for Variety podcast on Aug. 24, Buchanan said he was diagnosed in the last year. It was the pandemic that brought the diagnosis home, Buchanan said. He filmed season 4 of Cobra Kai under coronavirus (COVID-19) safety protocols, and those illustrated to him that he was, in fact, dealing with an anxiety disorder.

Tanner Buchanan already dealt with anxiety before his OCD diagnosis

“I’m very much a clean freak,” Buchanan said. ”So I was freaking out. I actually have, I found out through the pandemic I have OCD. Actually it was very hard for me because I had to get used to it and being around people.”

Cobra Kai returned to production in Atlanta, Georgia in January. Creator Jon Hurwitz shared a lot of behind the scenes photographs on his social media accounts. In the photos, producers were wearing masks and face shields. Industry protocols also include separating departments so there is less overlap between cast and crew members on the set.

“We shot He’s All That during the pandemic as well,” Buchanan said. “It’s weird. We’re getting COVID tests every other day to try to stay safe. No one can really hang out with each other. You really are only hanging out on set when in reality you usually get to hang out with everybody off the set. You’ll go out to eat, go do something on the weekends with everybody. That just wasn’t possible.”

COVID protocols have been a challenge for many in the industry. Casts and crew wanted to go back to work, and many productions have been able to continue safely thanks to the protocols. However, some shows still have people testing positive. Neither Cobra Kai nor He’s All That had any positive cases, though. 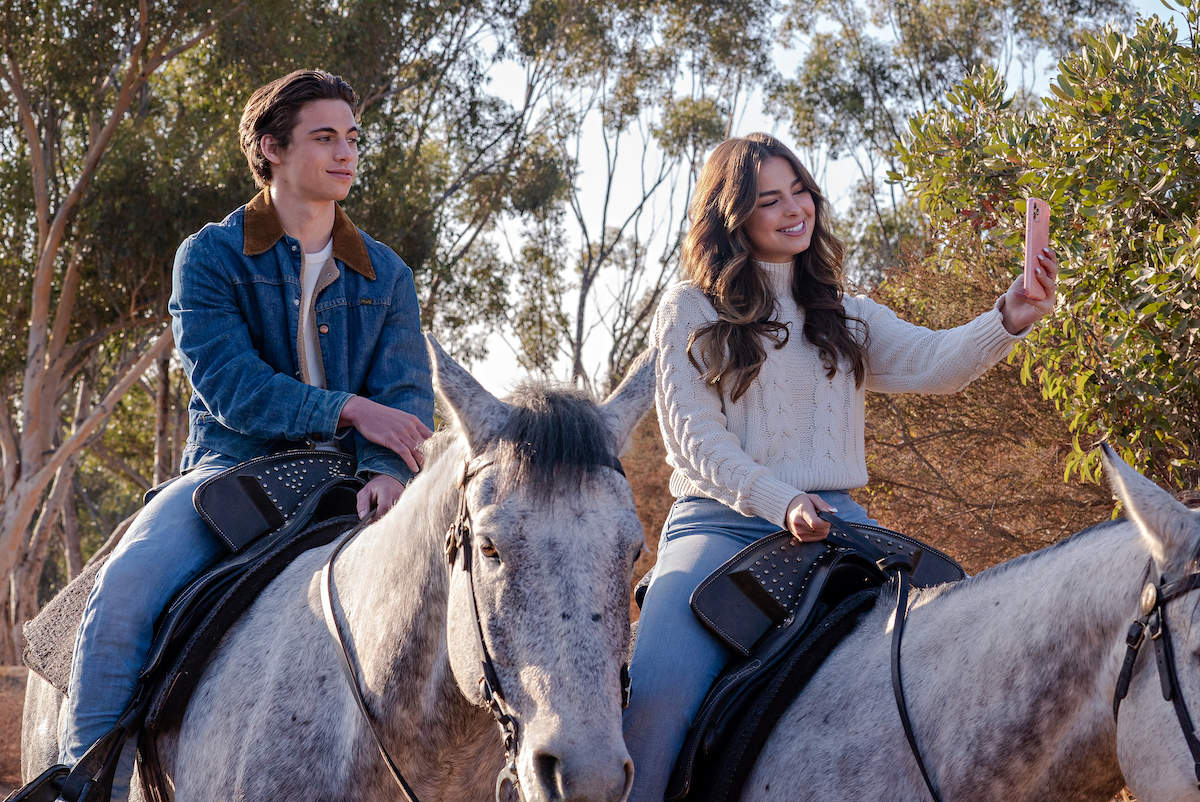 How Tanner Buchanan copes with OCD during COVID-19

Buchanan has been acting since he was 12. Since Cobra Kai he has gotten more film work, which is good career-wise, but also challenges him to be on more sets. Having OCD, Buchanan still struggled with returning to work every day. He shared some of his coping mechanisms with Malkin.

Meditation, breathing, iIt’s a lot of meditation and breathing. I’ve gotten better now. I’ve gotten better now just because I take all the vaccines and everything makes everybody feel a little bit safer. So I’m not as bad but I still have to prepare myself and do breathing. Even though everybody’s getting tested and we’re wearing masks, as soon as they say cut it’s still nerve wracking. It’s interesting to be in a business where they’re telling us you need to wear masks and you can’t do that. Our job requires us to take our masks off. So it was nerve wracking but if you just breathe through it and remember to have fun and stay as safe as possible and everybody has.

Cobra Kai Season 4 will premiere on Netflix Dec. 31. He’s All That is now streaming on the service.