The Karate Kid was one of the most successful movie series of the 1980s. So when an unlikely team of creators launched Cobra Kai, fans were understandably skeptical. Yet, the series — which reunites original stars Ralph Macchio and William Zabka — is an undisputed hit. But the Netflix series has room to introduce a bit of self-referential humor into the mix. 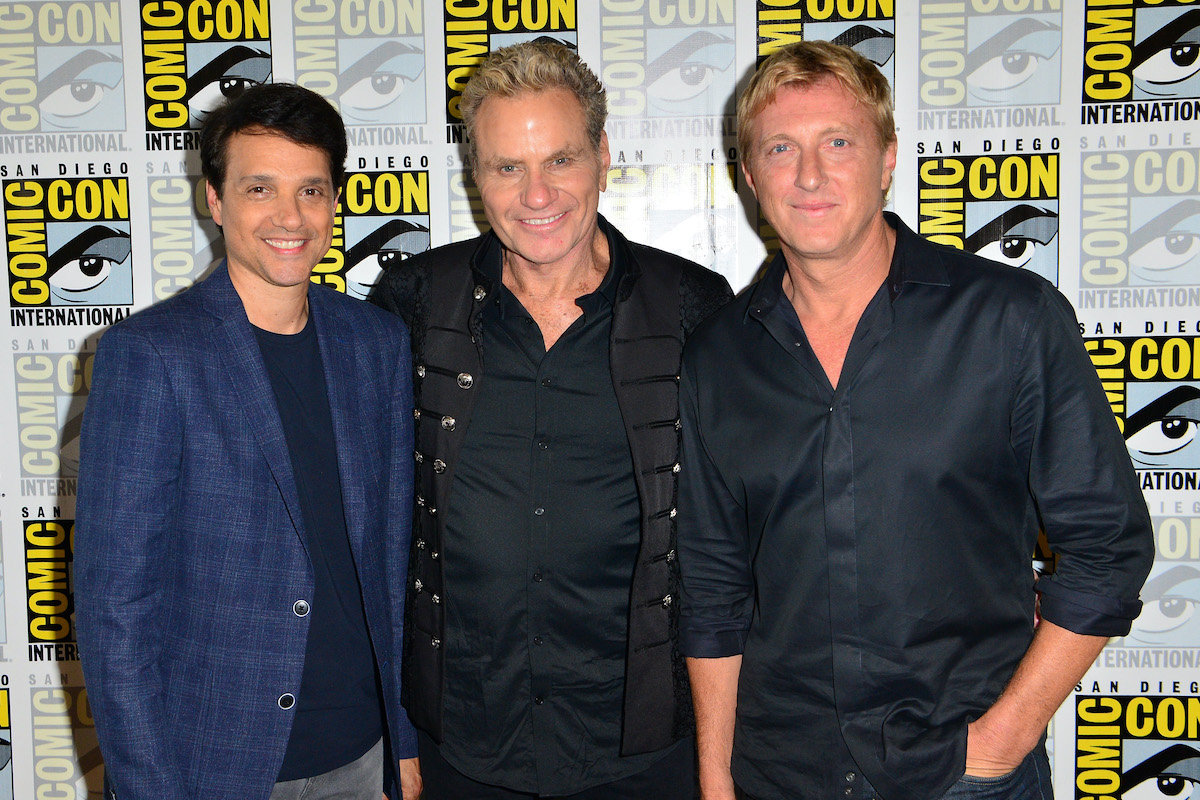 Much of ‘The Karate Kid’ cast returns on ‘Cobra Kai’

Macchio and Zabka hadn’t appeared together as Daniel LaRusso and Johnny Lawrence together, respectively, since 1986’s The Karate Kid Part II. So the 2018 premiere of Cobra Kai had a lot to live up to. The two stars had their first brushes with karate while making the original movie, which defined their careers. So Cobra Kai was an opportunity to bring it full circle.

But the show — which started on YouTube before Netflix picked it up — has delved much deeper into The Karate Kid’s history. Martin Kove is back as John Kreese, the main villain of Cobra Kai. And such past stars as Elisabeth Shue, Randee Heller, Yuji Okumoto and Tamlyn Tomita reprised their roles from the first two films. Fans wonder which elements of The Karate Kid’s past will return next.

The showrunners have acknowledged the original four films — which they call the “Miyagi-verse” — are all considered canon to Cobra Kai. These movies (including 1994’s oft-dismissed The Next Karate Kid) feature Mr. Miyagi — played by the late Pat Morita — and, as such, coud play into the show. But what of the 2010 remake starring Jaden Smith and Jackie Chan?

After all, Will Smith remains a producer on Cobra Kai because his company still owns the series’ rights. Unfortunately, fans hoping to Jaden Smith’s Dre interact with the kids of West Valley High School are bound for disappointment. Co-creator Jon Hurwitz confirmed on Twitter that the 2010 Karate Kid movie is set in another universe. Hurwitz explained more his approach to that movie.

While the continuities of the original The Karate Kid movie and the 2010 remake won’t mesh, Hurwitz’s statement doesn’t mean Cobra Kai has to ignore the latter completely. After all, the showrunner himself said that the Smith and Chan movie would be the one the characters would be familiar with. So why not include that in the series itself somewhere down the line?

Cobra Kai is slowly but surely making its way through the series’ past. Season 4 will more than likely start to dip into The Karate Kid Part III territory. It stands to reason then the show could eventually feature a storyline in which Smith and Chan make cameo appearances as themselves. That would give Cobra Kai the chance to include the 2010 film in a cheeky way.

Besides, a sequel to The Karate Kid remake is stuck in development. Perhaps bringing its star in could drum up interest. Or at the very least, it gives Cobra Kai the chance to poke fun at the original movie’s title, which was unpopular with the cast. The fact the 2010 movie — despite its inaccurate title — features kung fu and not karate feels like fertile ground for the show to cover.