Claudia Milne will oversee standards and practices across CBS News and stations, after she was tapped as a new senior VP for the division. 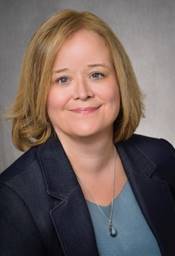 Milne joined the network in 2019 as managing editor of CBS This Morning and took on additional responsibilities, like breaking news, last year.

She’ll start in her new post in September, reporting to Neeraj Khemlani and Wendy McMahon, who were named in April as presidents and co-heads of CBS News and Stations, as the two divisions were merged together.

In a statement, Khemlani said, “There is nothing more important than ensuring the credibility of our reporting, on every platform, and Claudia’s commitment to the highest standards will serve the entire division well as we move forward into the future.” Added McMahon, “She is someone our journalists will be able to utilize as an additional resource and North Star.”

Before joining the network, Milne was the senior editor of video at ProPublica, and previously was the head of live TV for Bloomberg TV. She spent the majority of her career at the BBC, working as a producer for broadcast programs and for digital platforms. Her father, Stephen Milne, worked as an editor in CBS News’ London bureau for 30 years.