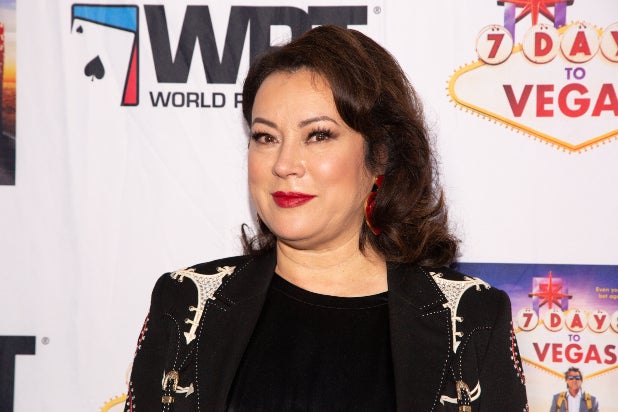 Jennifer Tilly is set to reprise her role as Tiffany Valentine for Syfy’s upcoming TV adaptation of “Chucky.”

The series, based on the horror film franchise, was ordered more than a year ago by Syfy. It will air on both Syfy and USA Network.

Don Mancini, who wrote all seven “Chucky” films (and directed three), will serve as showrunner and direct the first episode. David Kirschner, who produced all the films alongside Mancini, will executive produce alongside Nick Antosca and Harley Peyton, under Antosca’s Eat the Cat production company. UCP is set as the studio.

In the new series, a vintage Chucky doll turns up at a suburban yard sale and throws an idyllic American town into chaos as a series of horrifying murders begin to expose the town’s hypocrisies and secrets. Meanwhile, the arrival of enemies — and allies — from Chucky’s past threatens to expose the truth behind the killings, as well as the demon doll’s untold origins as a seemingly ordinary child who somehow became this notorious monster.

The cast for the series is led by Zackary Arthur, Teo Briones, Alyvia Alyn Lind and Björgvin Arnarson. Devon Sawa will also recur in an undisclosed role.

Chucky, who is a children’s doll that becomes possessed by the soul of notorious serial killer Charles Lee Ray, first appeared in the 1988 film “Child’s Play,” which was directed by Tom Holland. The franchise spawned six sequels, the most recent being “Cult of Chucky” in 2017.

Tiffany Valentine was the girlfriend of Ray who first appeared in 1998’s “Bride of Chucky,” when she got murdered by the doll himself. The doll then brought his dead girlfriend back in the form of her own female doll.