Nothing says the holidays like reanimated mannequins, furry familiars, and other spooky sights — which is what’s packed into this trailer for “Chilling Adventures of Sabrina: A Midwinter’s Tale.”

It was just a few weeks ago that Netflix let slip the news that “Chilling Adventures,” its bold and spooky take on the classic Archie Comics character Sabrina the Teenage Witch, would be returning earlier than the announced Season 2.

Per the official description provided by Netflix:

The Church of Night, like all covens, celebrates the Winter Solstice—the longest night of the year—when families gather around the Yule Fire to sing pagan carols and tell ghost stories. But the holidays are also a time for guests and visitors—both welcome and unwelcome — you never know what might come down the chimney…

At the end of Season 1, Sabrina (played by “Mad Men” alumnus Kiernan Shipka) was seen embracing her witchy side — as symbolized by her new white-blonde hair color. But she still has her connections to the human world, including one-time boyfriend Harvey (Ross Lynch) and Roz (Jaz Sinclair), who will undoubtedly continue to impact her attempts to understand the dark power she contains. Nothing says Christmas like grappling with your relationship to Satan!

“A Midwinter’s Tale” was written by series creator Roberto Aguirre-Sacasa & Donna Thorland and directed by Jeff Woolnough, and will launch globally December 14. Production is now ongoing on Season 2.

Check out the trailer below, which includes a very important lesson about why exactly we light a yule log this time of year — as Aunt Zelda (Miranda Otto) warns, you never know just what might come down the chimmy otherwise. Also get a peek at some first look photos that promise a merry, if strange, holiday season. 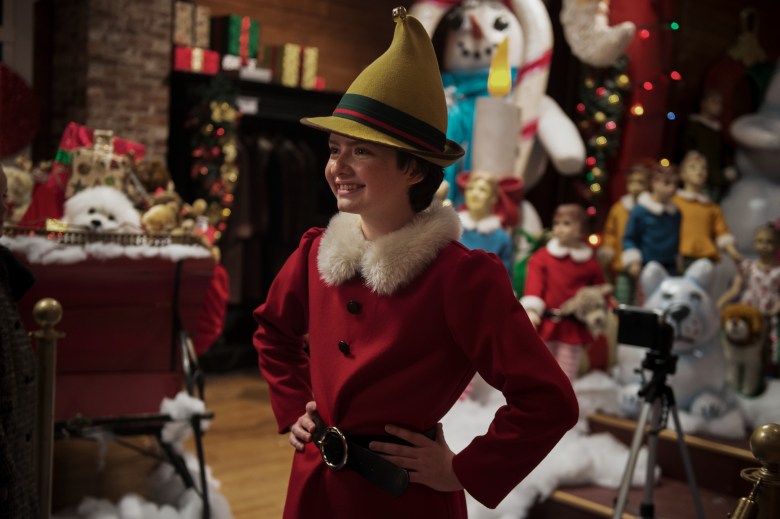 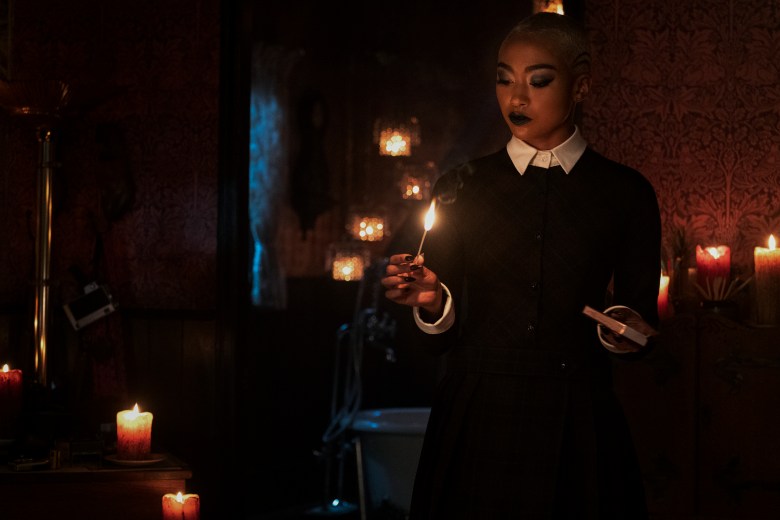