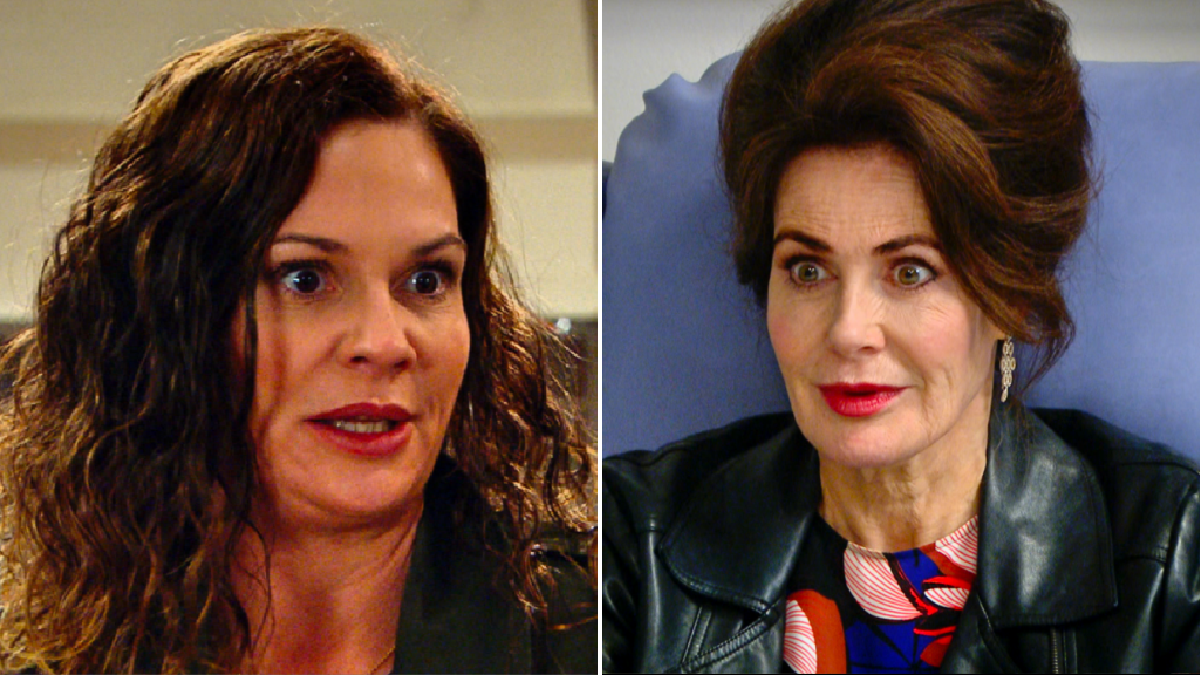 Chas Dingle (Lucy Pargeter) knows full well that Faith (Sally Dexter) is hiding something in Emmerdale, and thus she’s made it her mission to find out what it is.

The former landlady of the Woolpack became suspicious of her mum last week, when she realised just how much time she was spending in Moira’s (Natalie J Robb) company.

She jumped to the wrong conclusion, however, as she’s now come to believe that Moira is having an affair with Nate Robinson (Jurell Carter) – and that Faith is covering for her.

Monday’s (May 30) edition of the ITV soap saw Faith claim that she and Moira were going rambling.

In reality, she was heading to her first chemotherapy appointment at the hospital, which understandably left her feeling unwell.

Chas, however, popped up to Butlers farm, where she found a half-naked Nate in the company of Moira, who was wearing a dressing gown. Moira revealed that she and Nate got covered in mud while working on the farm, hence their state of undress.

Despite the convincing story, Chas had doubts, and came to believe that Nate and Moira were taking advantage of the fact that Cain (Jeff Hordley) was out of town.

With Faith lying once again about where she was on the day in question, Chas was certain that Moira was having an affair, and thus she resolved to expose it, once and for all.

The next episode will see Moira look after Faith, who’s feeling unwell following her first dose of chemotherapy.

Faith accidentally spills her cup of tea all over Moira, which results in Moira removing it, as she prepares to chuck it in the wash. Chas, however, enters, and finds the farmer in a state of undress, and once again jumps to conclusions.

‘Don’t come the innocent with me, Moira!’, she exclaims. ‘Nate was here yesterday, and you were both freshly showered, and I heard you on the phone telling him that you had an empty house.’

Will Chas’ investigation lead to her finding out about Faith’s cancer diagnosis? Will Faith be left with little choice but to tell her daughter the truth?

Emmerdale continues Tuesday May 30 at 7pm on ITV.