WHEN it comes to Halloween, celebs don't settle for a pointy hat and a splash of make-up – as these pictures show.

Here, we run down some of the best outfits from 2021's spookiest night of the year… 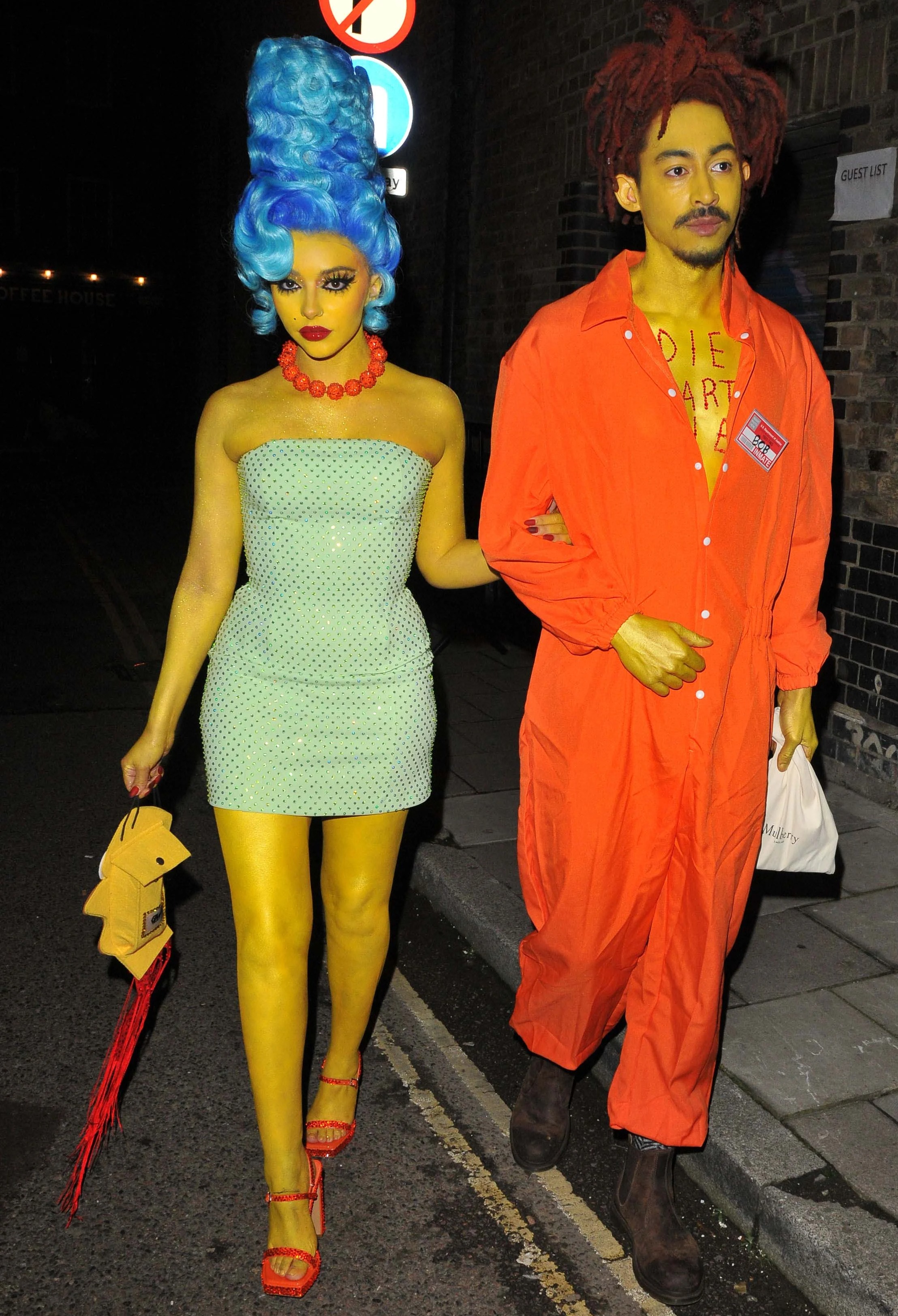 Boyfriend Jordan Stephens opted to dress as Sideshow Bob, instead of Homer.

He completed the look with the words 'Die Bart Die' on his chest just like the character as they were seen heading to Maya Jama's Halloween party. 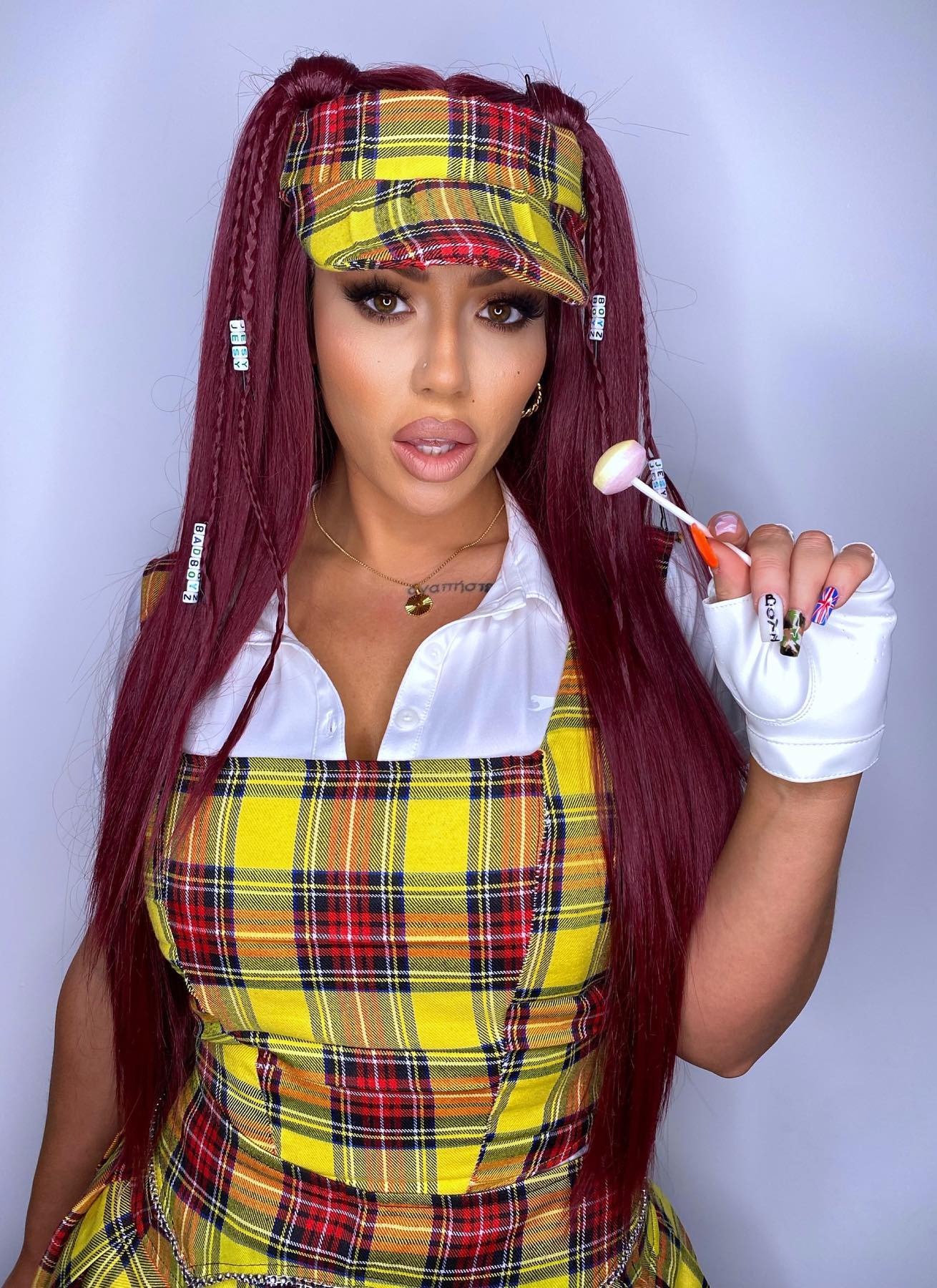 Jade would have done a double-take if she bumped into Holly Hagan last night – because she was dressed as her former bandmate Jesy Nelson.

Taking a major step in the American 'Halloween costumes don't need to be scary' direction she dressed as the Boyz singer.

The costume even won applause from Jesy herself who wrote "You look incredible 😍😍😍❤️." 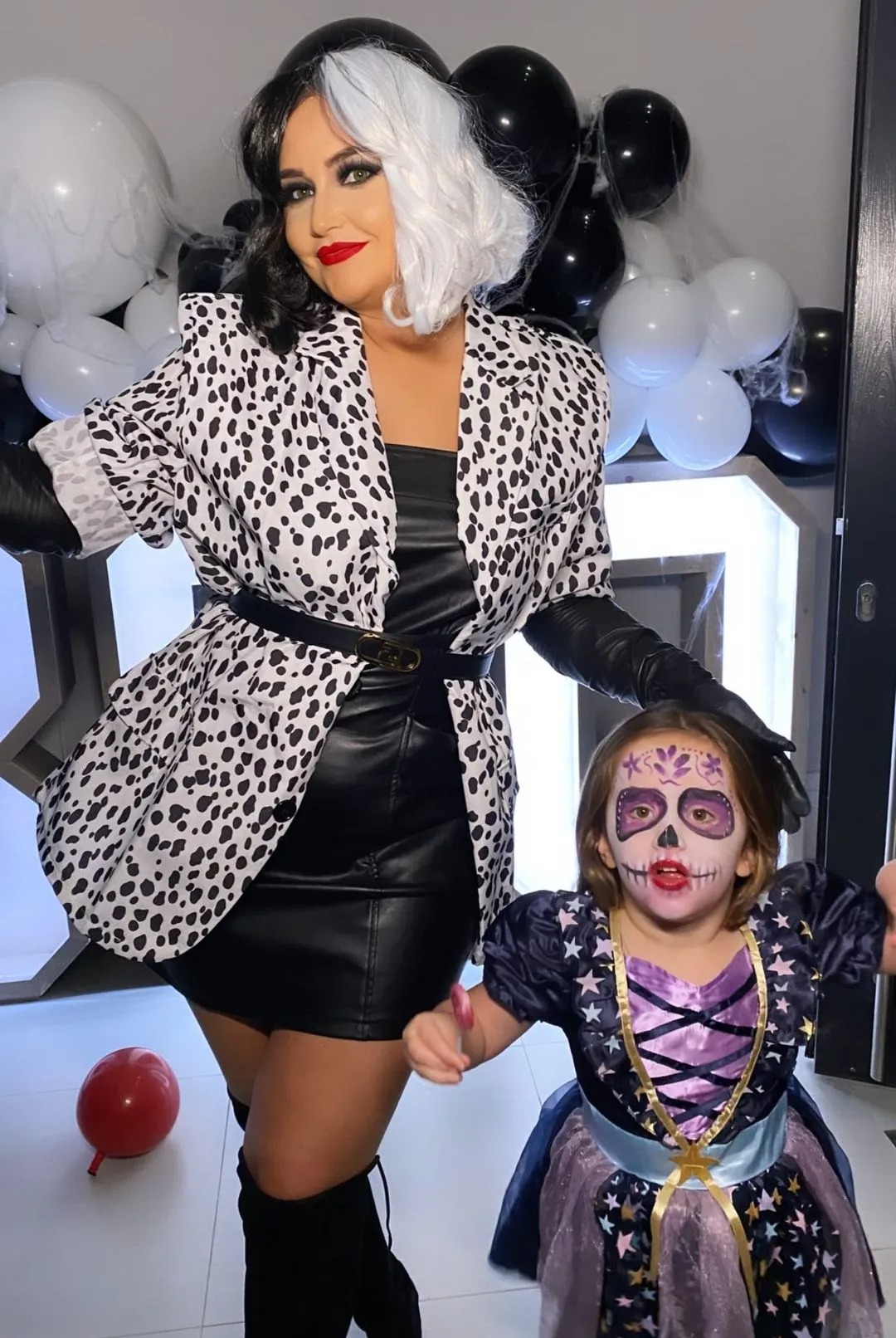 The former EastEnders star decided to combine the two events with a huge fancy dress party in her home bar where she dressed as Cruela DeVil.

She even had the 101 Dalmatians baddie's voice perfected as she wandered about the event snapping: "So don't." 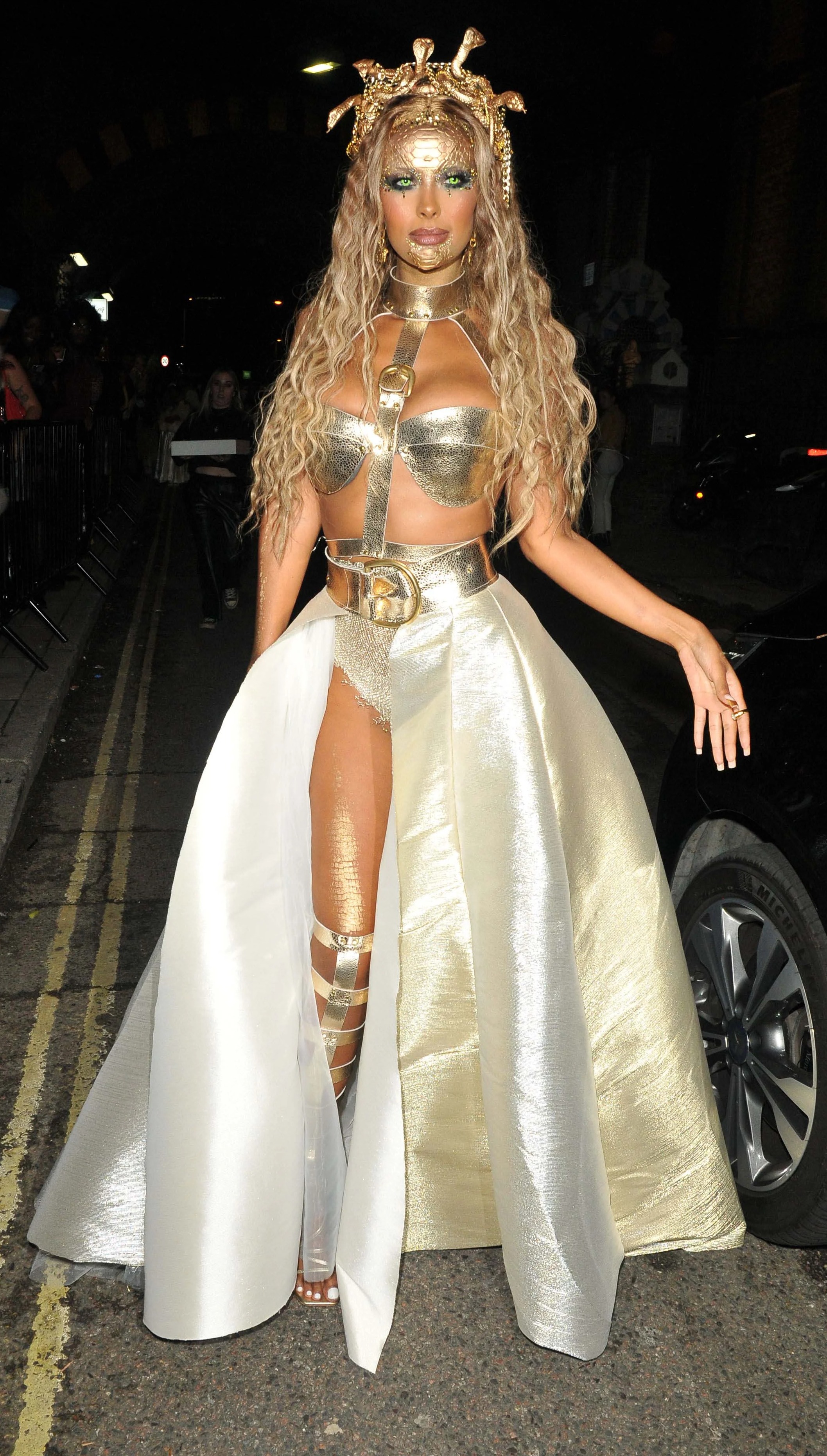 Party host Maya Jama pulled out all the stops – and, er, most of the snakes – as she dressed up as Medusa.

The serpent-haired monster from Greek mythology could turn people to stone with a glance but she was probably more worried about the cold.

Clad in a skimpy bikini and a floaty skirt, the TV star staked a claim for the best costume of the night. 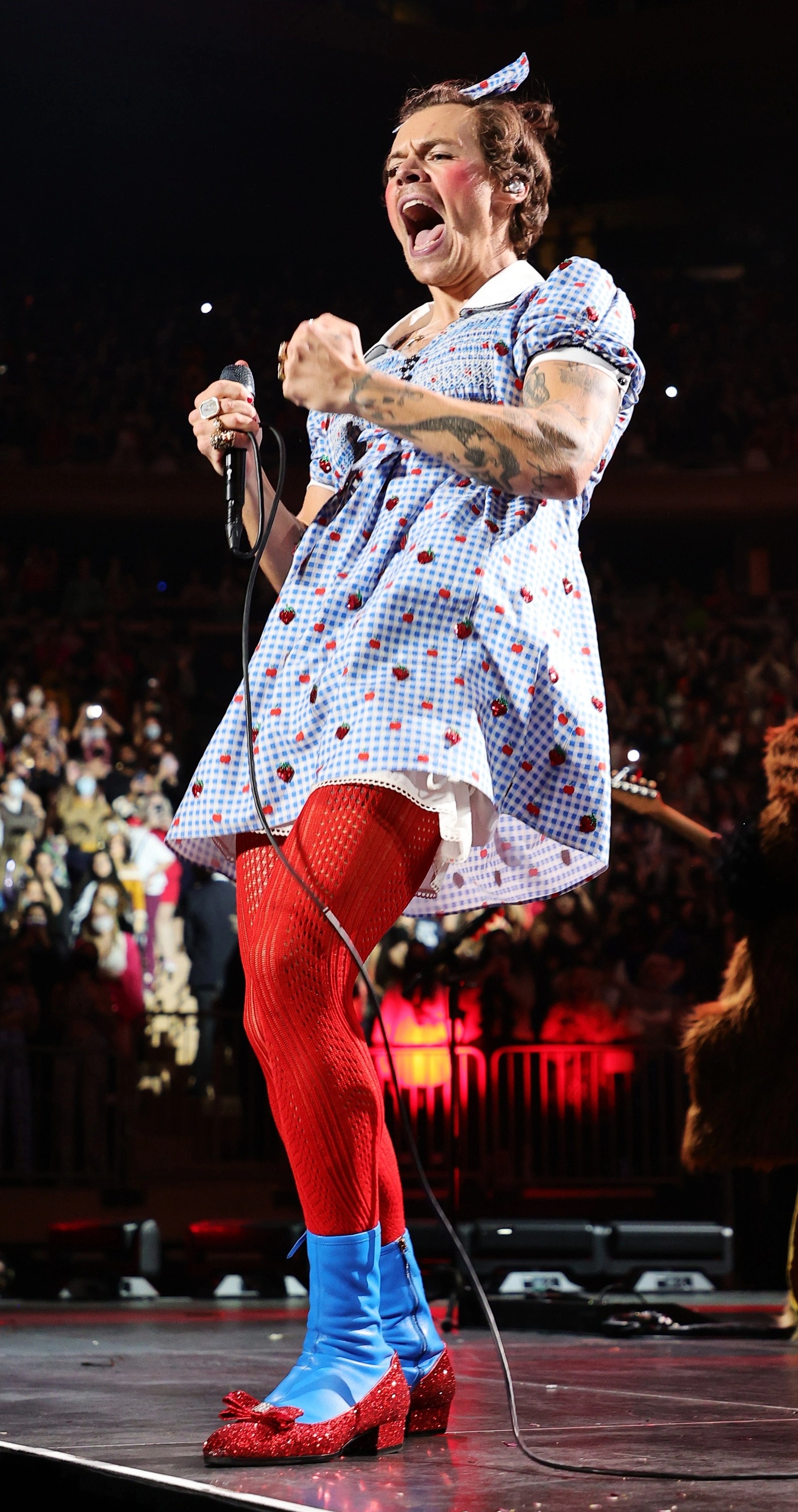 Noted dress enthusiast Harry Styles looked sensational as Dorothy from The Wizard Of Oz over in America last night.

The former One Directioner performed at 'Harryween' in New York dressed in the character's trademark sparkly red heels.

Even the bulging biceps and tattoos couldn't overshadow the impressive effort. 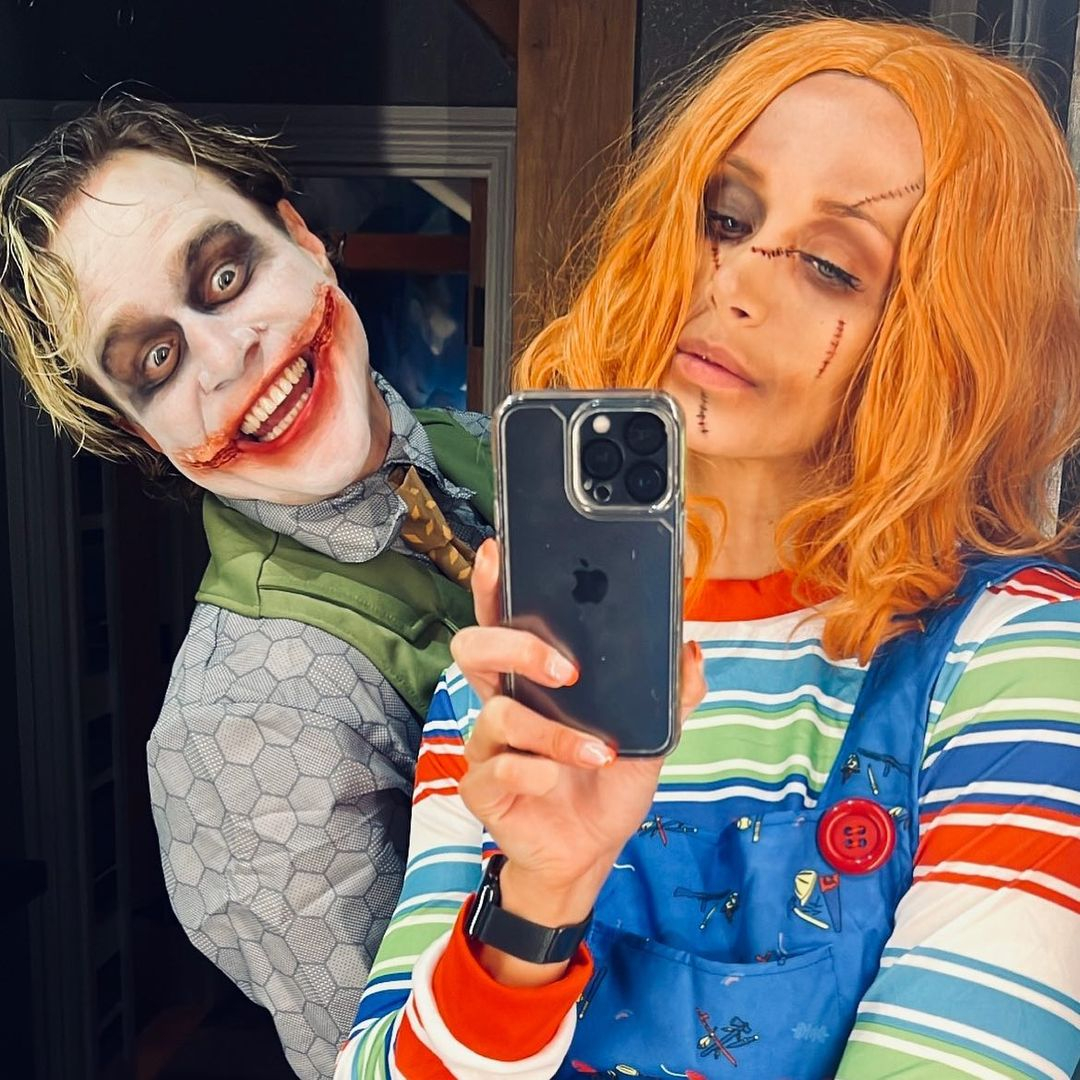 Singing superstar Olly Murs and his fiance posed for this entirely chilling picture writing: "Halloween with a smile 🎃."

He was the Joker while his girlfriend came as Chucky, the murderous doll from the vintage horror movies.