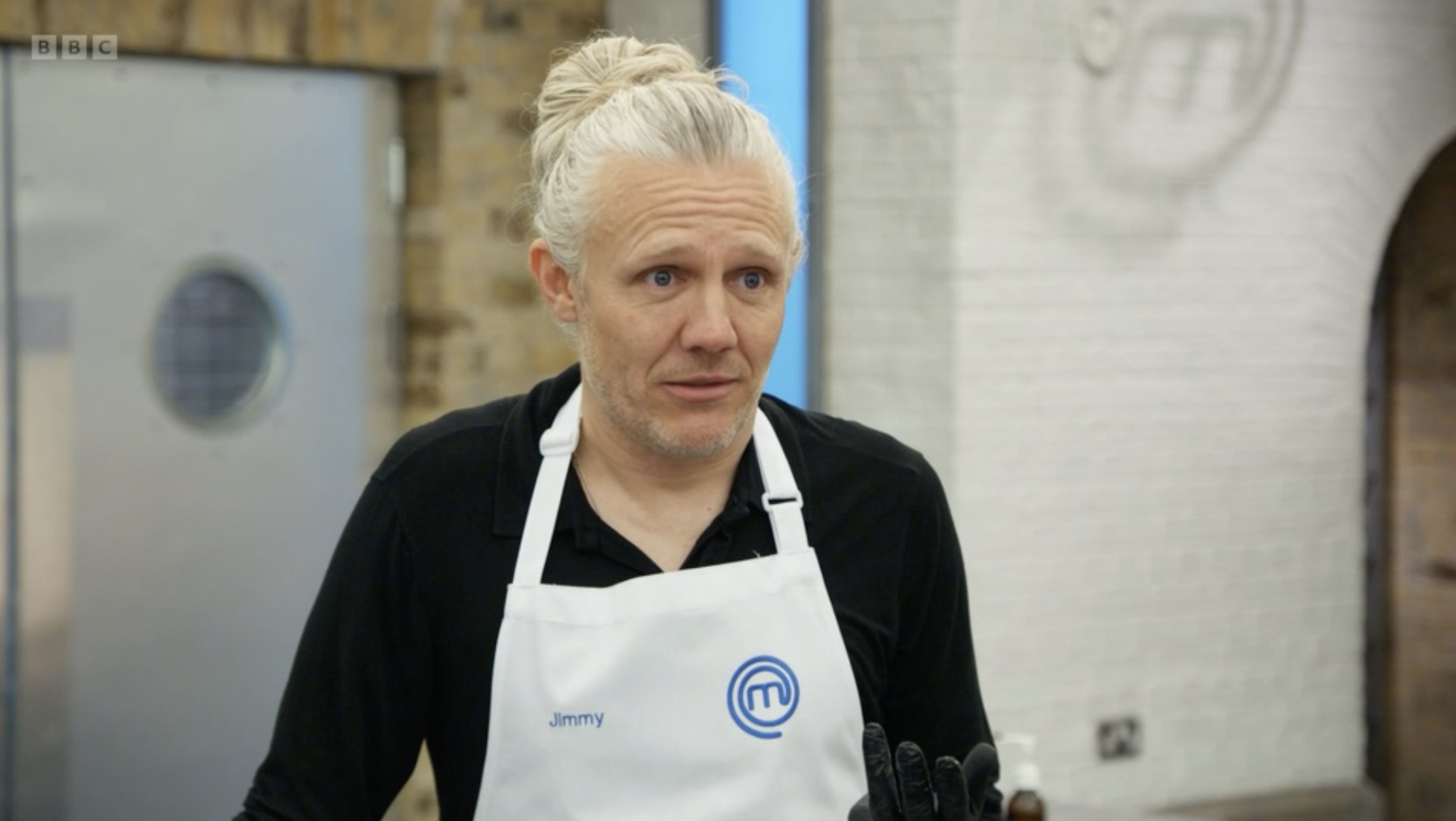 Celebrity MasterChef fans were reaching for their sick buckets after seeing former footballer Jimmy Bullard use an unusual ingredient in a classic recipe.

The Soccer AM co-host was handed a block of goat’s cheese to use in a meal designed to impress Gregg Wallace and John Torode.

Revealing he was going to ‘wing it’ with a new creation, the 43-year-old opted to put a spin on moules marinières.

Although he had never cooked mussels before, the athlete decided to whip up mussels in a garlic and white wine sauce, along with the fromage.

John, 57, raised an eyebrow at the meal, saying he understood serving up mussels, but not with the addition of goat’s cheese.

Viewers were very much on the side of the chef, with one telling their Twitter followers: ‘The idea of mussels and goats cheese is enough to make me puke up the nuts I just ate. Those are two things that don’t go together! Grim.’

‘If I had a lump of goat’s cheese it’d go straight in the bin,’ another remarked.

A fan added: ‘Someone please take the goat’s cheese and mussels away from Jimmy Bullard IMMEDIATELY.’

Last week, Chris Eubank provided some TV gold on MasterChef, leaving the audience in stitches after a chaotic appearance.

His most questionable quip came when judges John Torode and Gregg Wallace asked him if he’d tasted his pesto before serving it.

Chris confidently replied: ‘I can see the taste with my eyes.’

Celebrity MasterChef continues at 9pm on Tuesday on BBC One.