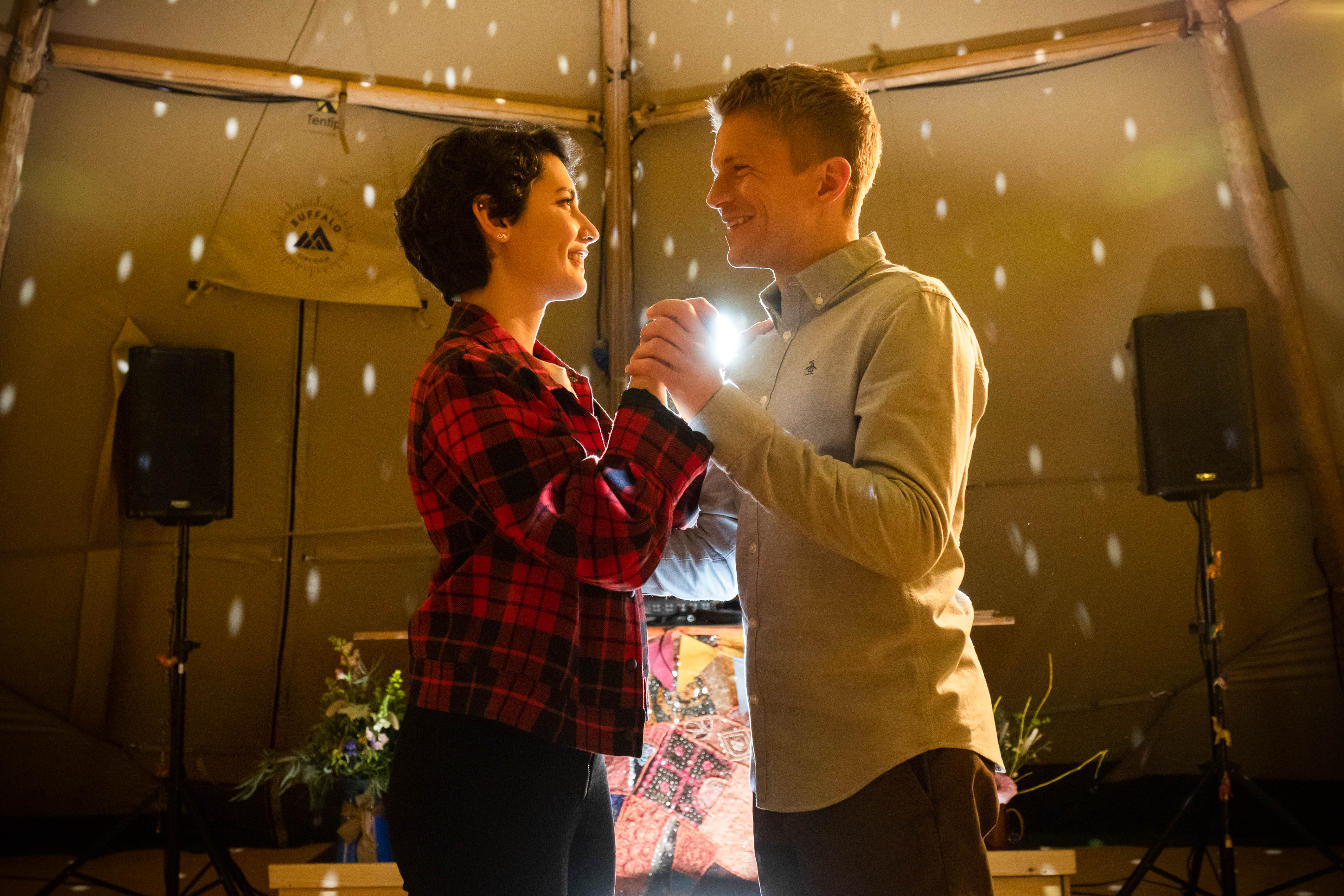 It’s Fenisha (Olivia D’Lima) and Ethan (George Rainsford)’s wedding day in Casualty, and there’s a lot to do. The bride and groom have to practise their first dance together, Fenisha has the wedding favours to finish and Rash (Neet Mohan) is struggling to write his best man speech. Should he mention the bit about Fenisha previously being a runaway bride, or not?

Of course the happy couple have more serious concerns as well. Ethan knows that his consultant has news about the progression of his Huntington’s and he wants to find out what the situation is as soon as possible, while Fenisha wants him to wait until after they’re married so they can face whatever’s going to happen together as a couple.

What will Ethan decide to do? And will the wedding go ahead? Surely Fenisha wouldn’t be a runaway bride for the second time, would she? One person who’s hoping she might is the man she ran away from the first time, Matthew (Osi Okerafor). He wants to be happy for her, but he still has feelings for her and knows his chances are running out. Would he do anything to try to split her and Ethan up?

Elsewhere, Lev (Uriel Emil) has been hiding the fact that he’s gay from his father, Anton (Alexei Sayle). But as Anton’s grumpiness towards his grandchildren and criticism of how Lev and Faith (Kirsty Mitchell) are bringing them up starts to push Lev’s buttons, it’s only a matter of time before sparks fly – and Lev has to find the courage to finally face up to his father.

And when Ollie Hide (Harry Collett) returns yet again with the same mystery symptoms that have brought him to hospital on numerous occasions, David (Jason Durr) insists that Dylan (William Beck) treats him.

Can Dylan find something that Rash missed? David hopes so – but he’s not happy with Dylan’s initial assessment.

Sue Haasler is the author of five novels and the official BBC Holby City book, which you can read about here.