Casualty fans were heartbroken when Faith Cadogan (played by Kirsty Mitchell) ended her short-lived romance with Dylan Keogh (William Beck) after realising her actions had put her daughter in danger. The nurse practitioner has brushed her feelings for the consultant to one side but may be tempted to embark on a romance with Iain Dean (Michael Stephenson) in tonight’s episode of the BBC drama. However, will Dylan decide he has to leave the hospital rather than watch Faith move on with someone else?

In tonight’s episode, Faith is determined to move forward with her life.

The nurse practitioner feels trapped at home as she continues to keep her husband Lev Malinovsky’s (Uriel Emil) sexuality a secret from their children.

However, at work, Faith decides she has to put herself first and indulges in some innocent flirting with Iain.

The colleagues bond over an elderly couple who are brought into the Emergency Department by Iain.

Read more: Casualty: Amanda Mealing breaks down as she speaks out on final scenes 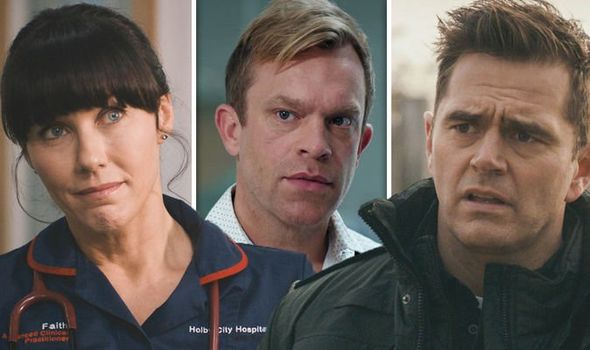 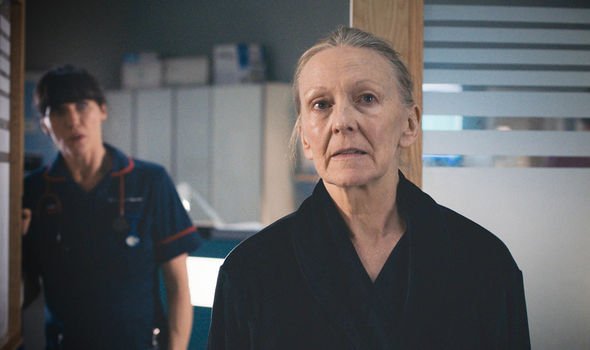 They both agree to help the couple feel at home as much as possible and decide to decorate the cubicle.

When Faith and Iain learn about a particular tradition of the couple’s, they secretly decorate the area with fairy lights.

At the end of the day, Iain takes the plunge and invites Faith for a drink.

However, the nurse practitioner realises she had to put her family first and rushes home to spend time with her children. 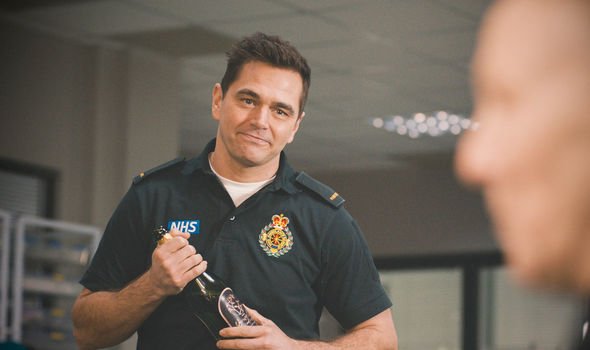 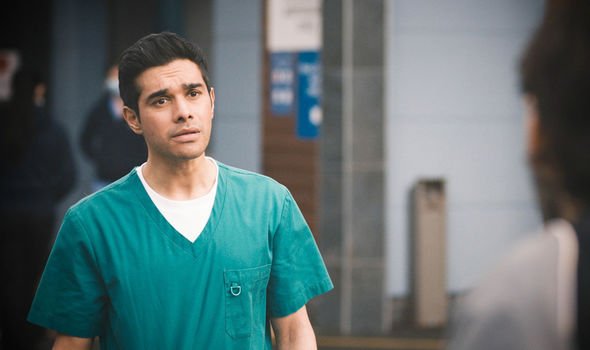 Although Faith turns down his request, Dylan may have picked up on his colleagues flirting in the ED.

When Dylan and Faith were caught in a tragic ambulance crash, the nurse practitioner admitted she loved the consultant before being rescued from the vehicle.

The colleagues went on to spend the night together but Faith ended their brief romance when her daughter put herself in danger after discovering what her mum had done.

If the consultant learns that sparks have flown between Faith and Iain, he may leave the hospital for good.

Will Faith realise she still loves Dylan or will he move on before she gets the chance to confess her true feelings?

Elsewhere, Rash Masum (Neet Mohan) finds himself struggling to cope when Ethan Hardy (George Rainsford) signs him up for the finance meeting which is usually attended by consultants.

The doctor is floored when his old athletics coach Adil is brought into the ED.

Adil refuses treatment and admits he’s trying to drink himself to death because he has pancreatic cancer.

Robyn Miller’s (Amanda Henderson) surprised when Rash reveals he used to be a rising athletics star but had to change careers due to an injury.

After looking into Adil’s symptoms, Rash is alarmed when he realises his old coach may have been given an incorrect diagnosis.

When the pair discuss their history together, Robyn picks up on the tension between the two.

Will Rash open up to his former coach about the doubts he experiences after being forced to give up this athletics future?

Casualty continues tonight on BBC One at 9.20pm.