The Love Island presenter, 39, is playing Roxie Hart after seeing off competition from Cheryl to win the part. 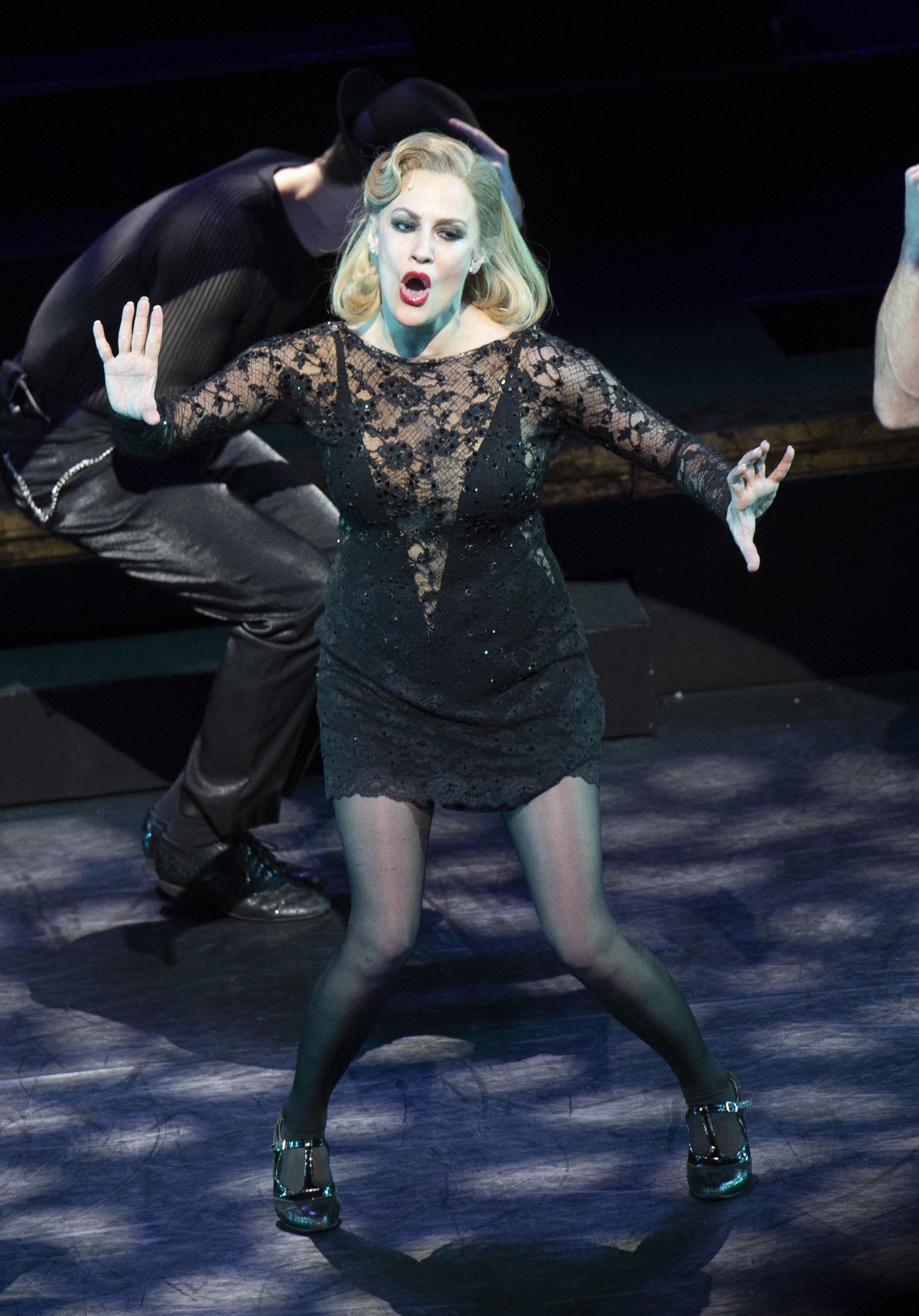 Caroline looked the ultimate professional in snaps from her first show at London’s Phoenix theatre tonight.

Before she went on, the telly beauty revealed she was worried about her performance as she had just eight days to get ready.

She said: "I've just had my one rehearsal with the band. The one and only rehearsal I get. I've had eight days to learn the show, one dress run and I go on tonight. This is crazy. I don't know how I'm going to do it."

After finishing up tonight's production, Caroline took to Instagram to share a video of herself being handed a drink by a crewmember after the curtain came down. 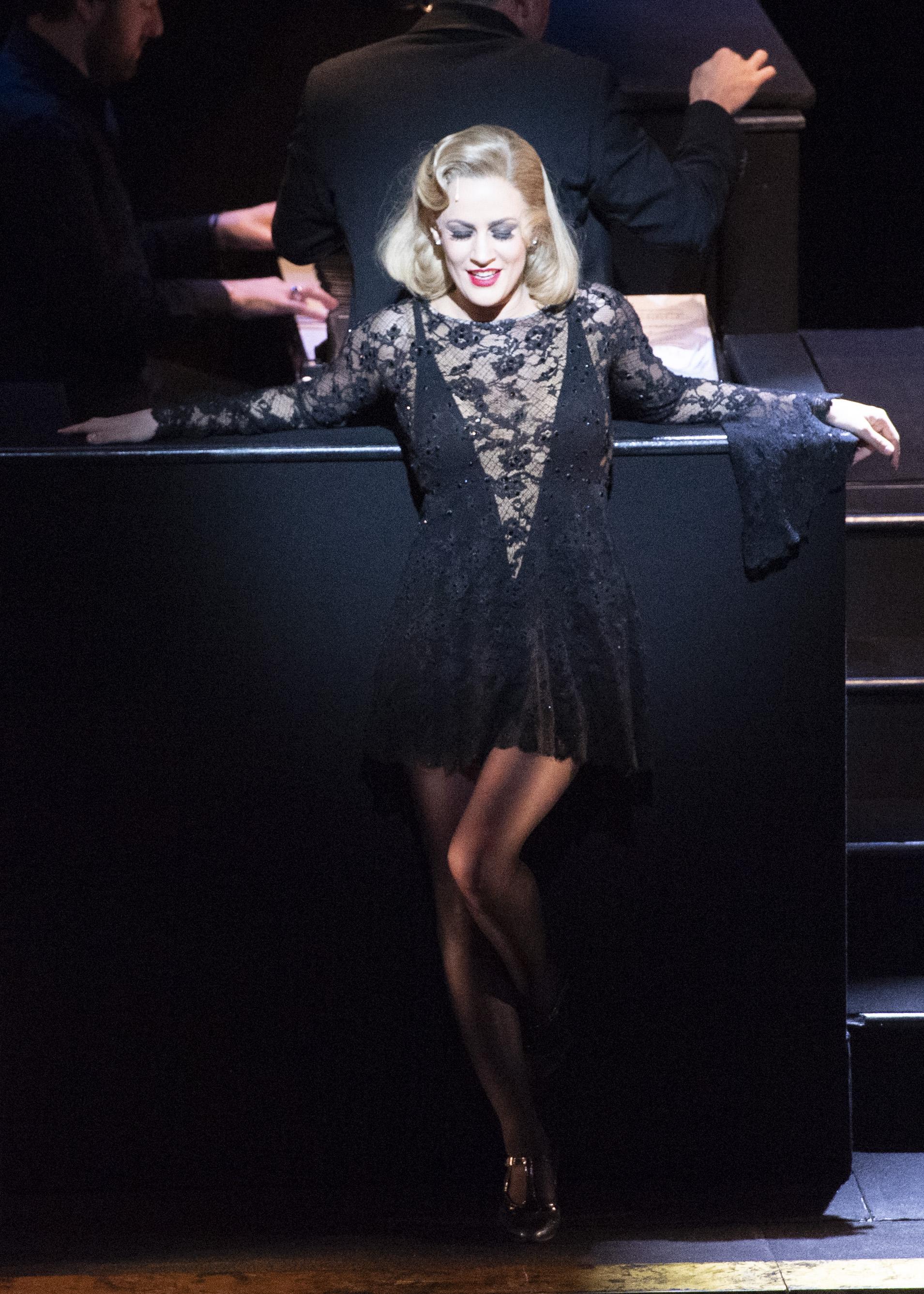 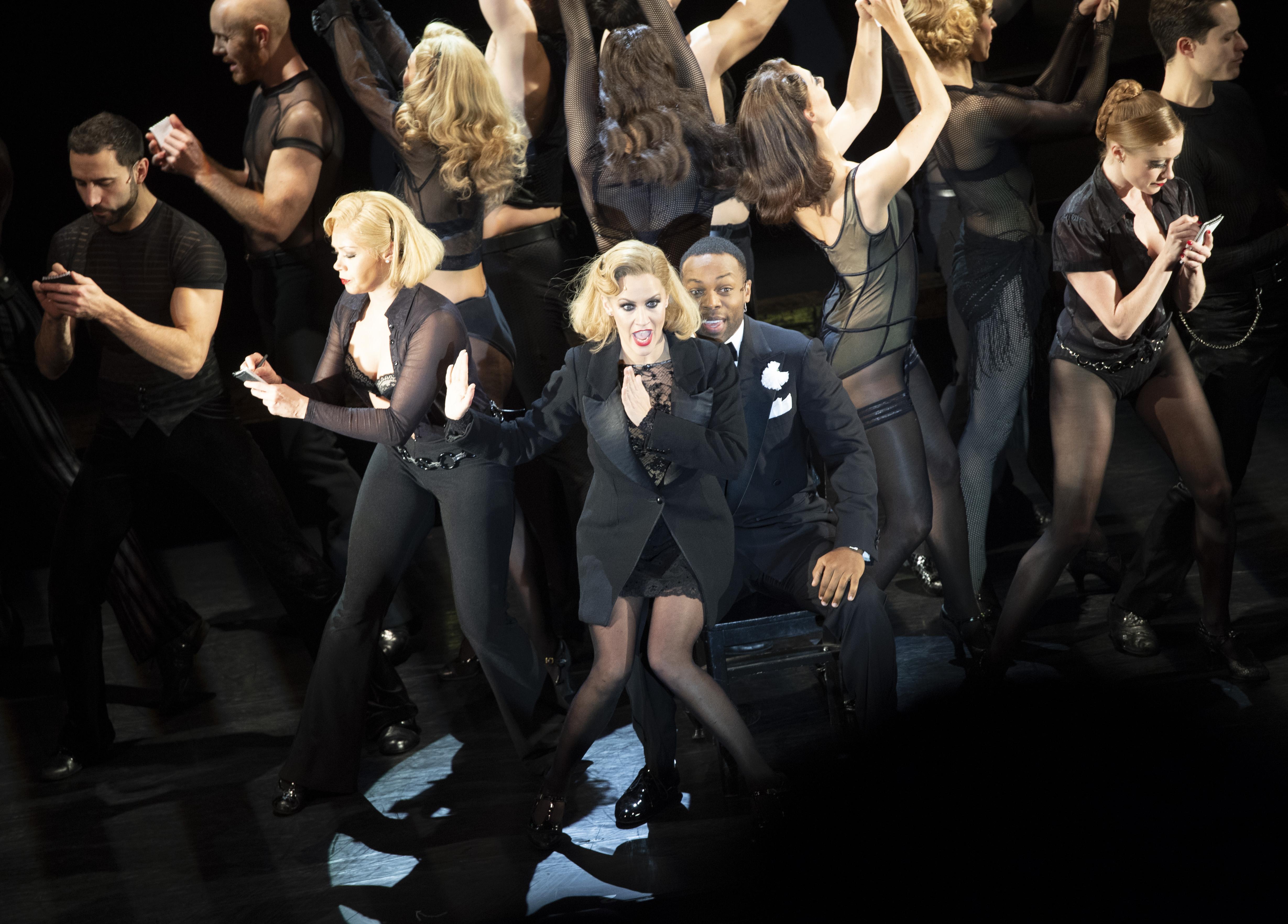 She also shared pictures of her dressing room stacked with flowers and bottles of fizz from well-wishers.

Caroline even got a good luck note from her dog Ruby.

The star's successful opening night came at a price though as just days earlier she revealed she had been left battered and bruised from gruelling rehearsals.

She only announced she was playing the lead role of Roxie Hart in the theatre production on November 28, just weeks ahead of tonight's opening show.

On Saturday the 39-year-old presenter shared a picture of the markings on her shins and knee cap in an Instagram Story which she captioned: "The pain of climbing and singing on ladders." 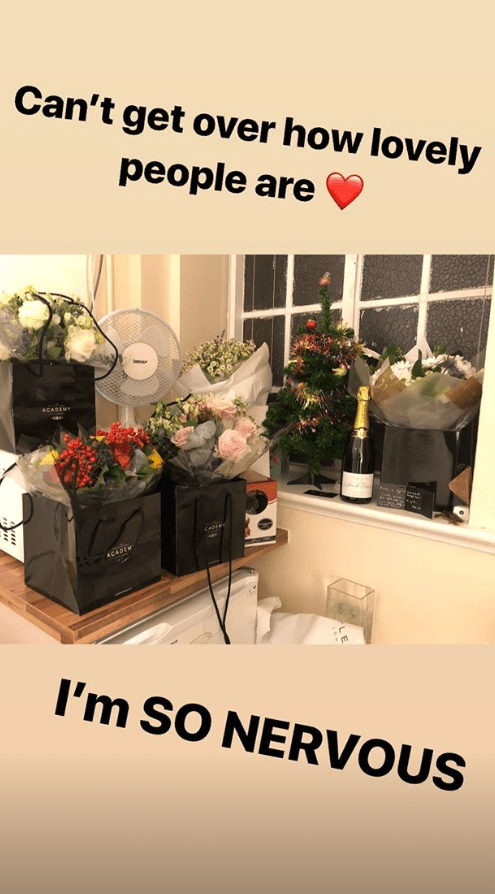 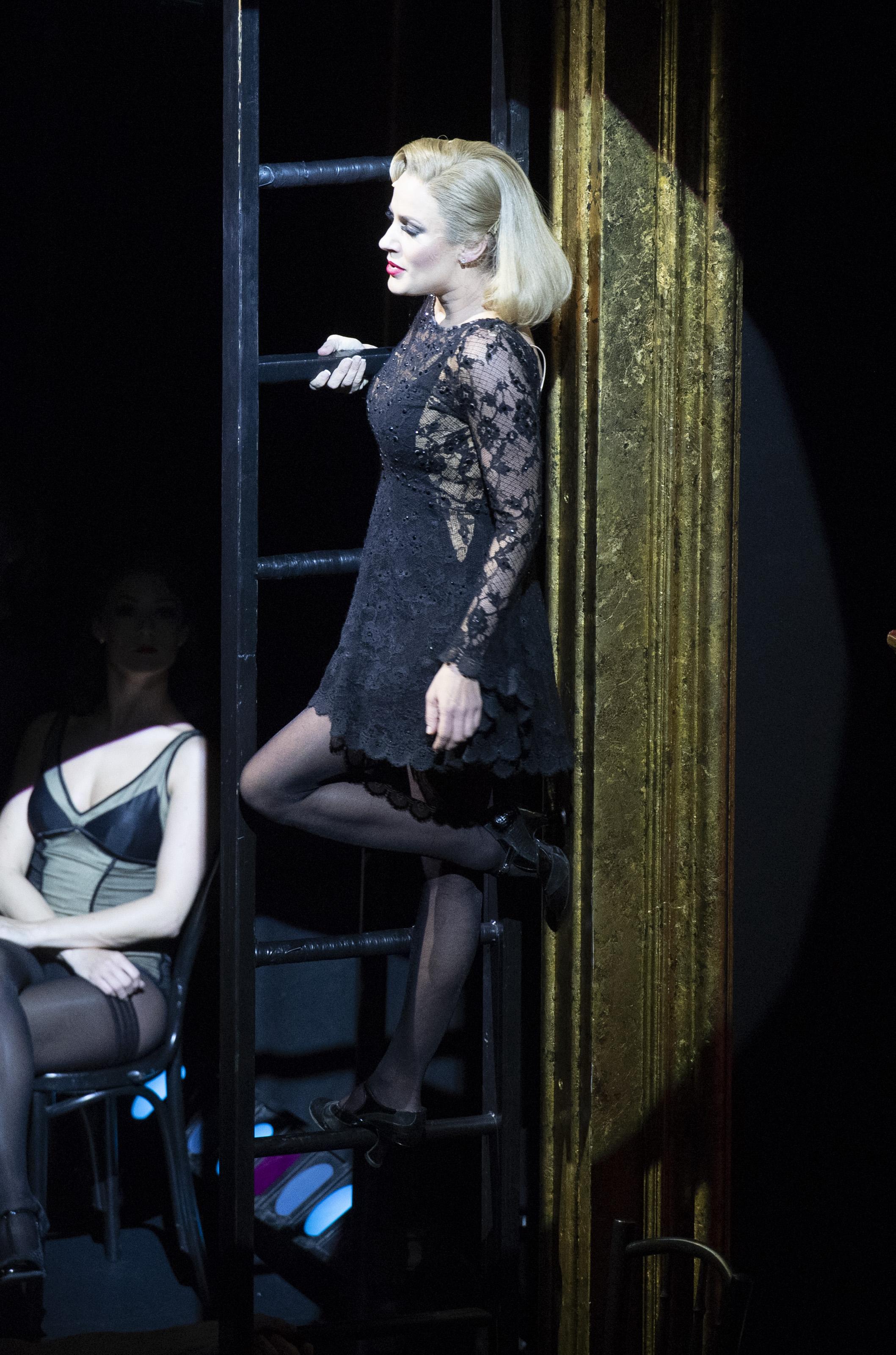 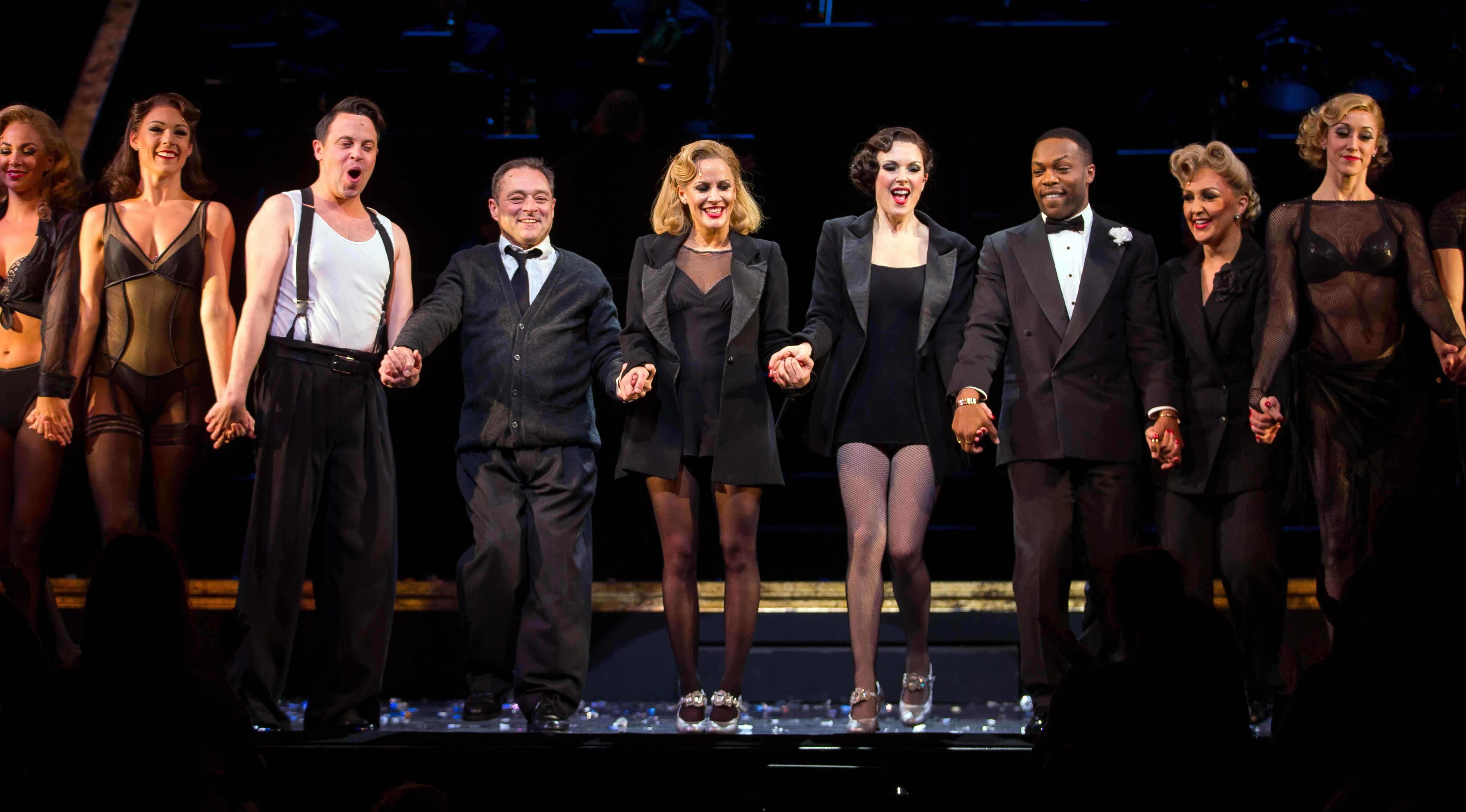 In a previous post Caroline described rehearsals as the "hardest thing" she has ever done.

She said: "This week has been a weird one.  On the one hand I have been becoming Roxie, so obviously it is a lot of fun and I have always wanted to do it.

"On the other hand it is seriously one of the hardest things I have ever done. I am covered in bruises from climbing the ladder." 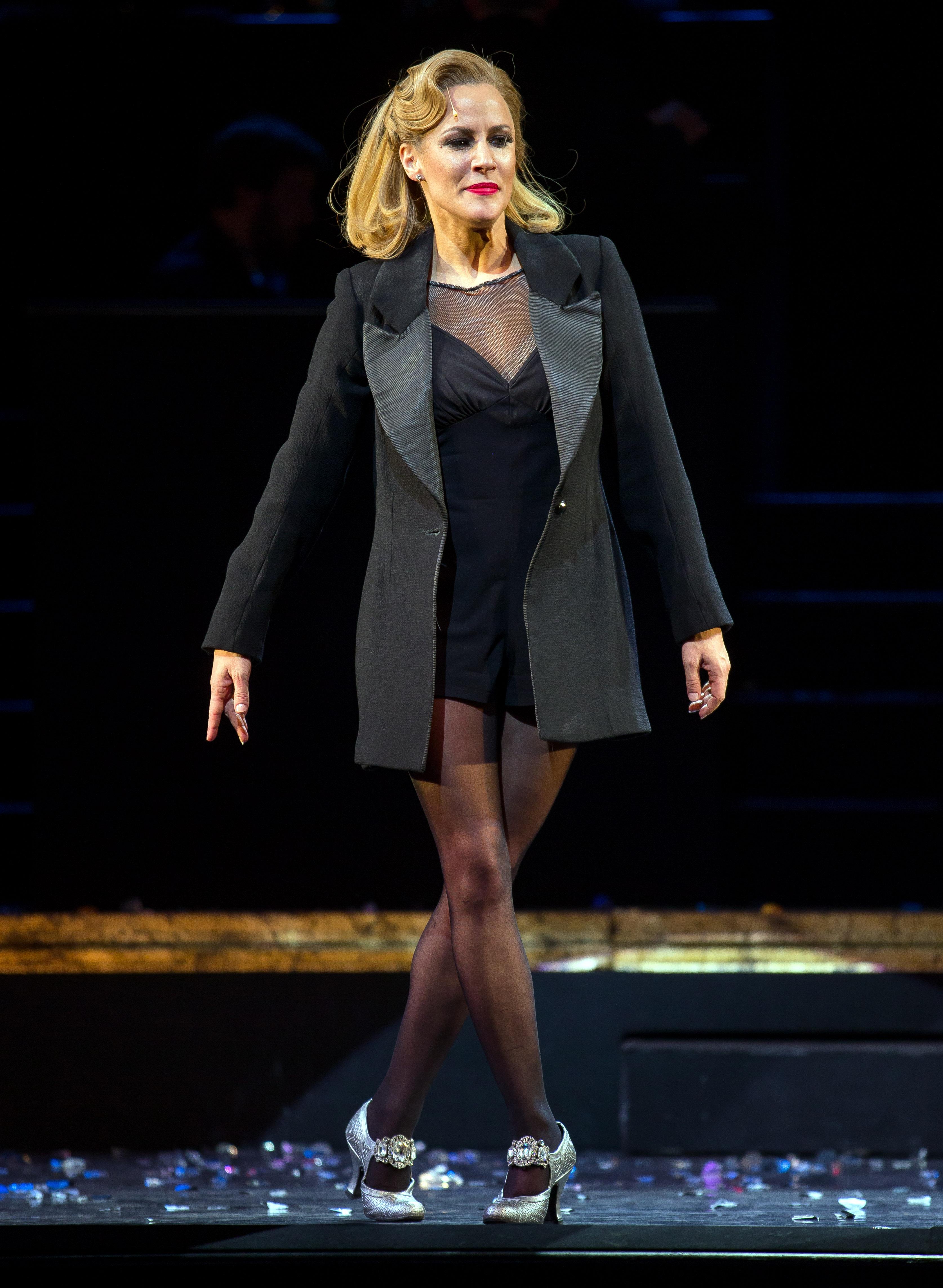 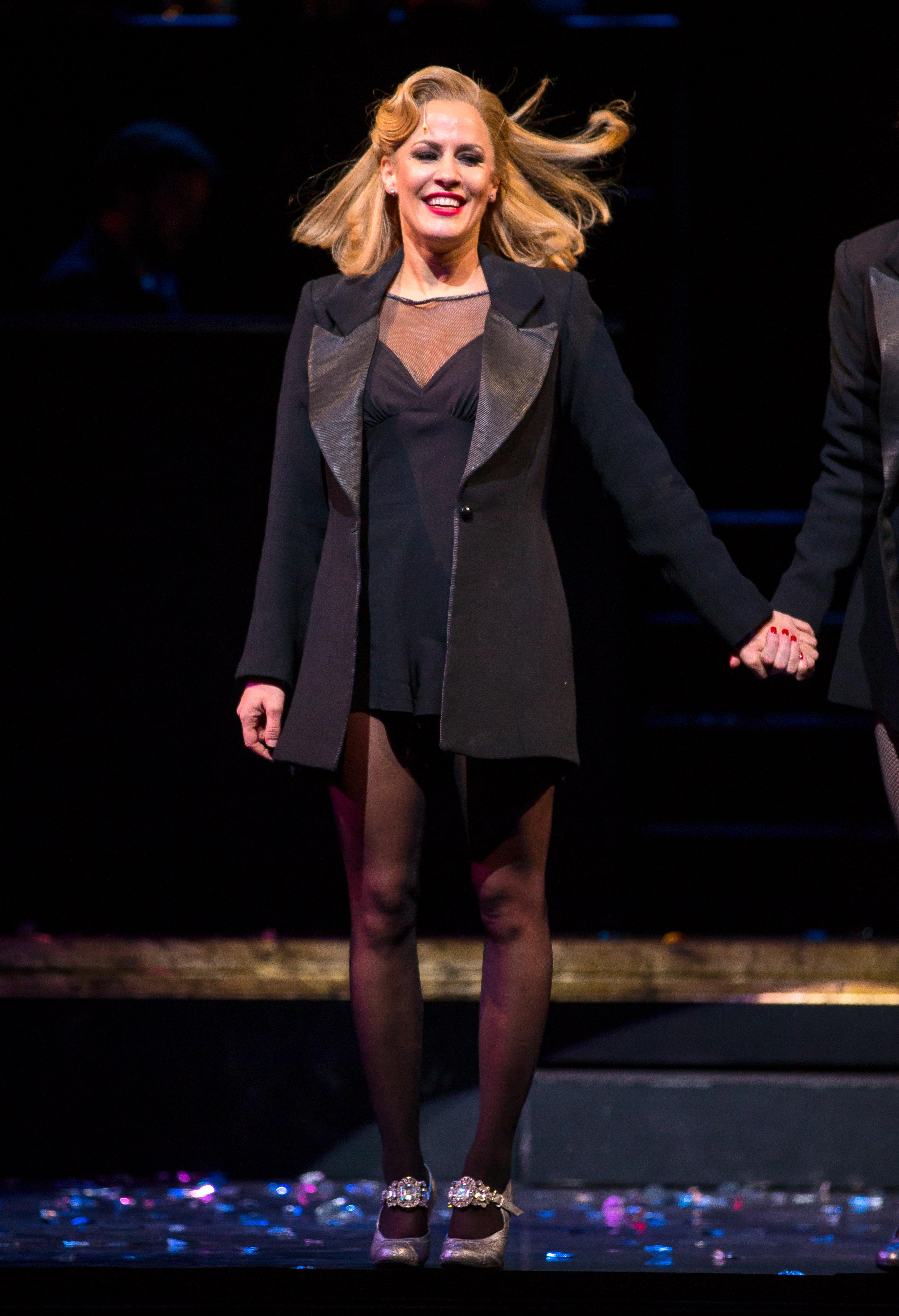 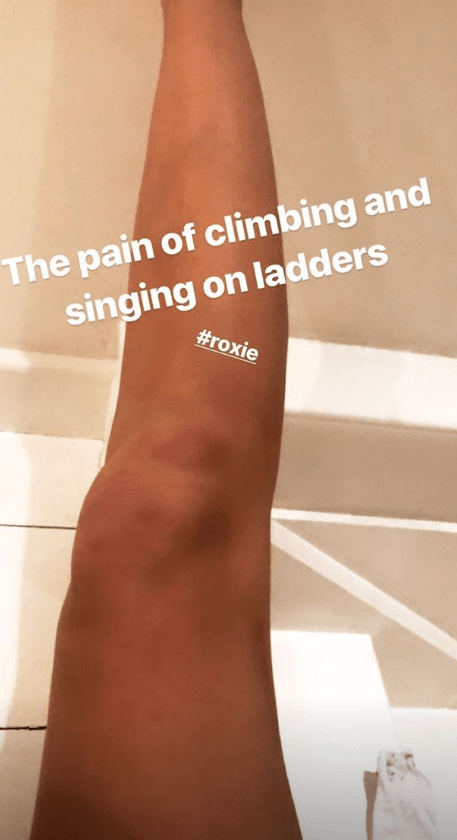 She continued: "They told me it is the shortest time anyone has taken to learn the part, which is a bit scary, so I am a bit out of my comfort zone but I am looking forward to it.  I am exhausted, but good exhausted."

Caroline has admitted her transformation into the character is well underway, as she has cut her hair and will be dying her locks blonde this weekend.

In a separate video, she said: "I am slowly turning into Roxie, chopping my locks off and going blonde on Sunday."

The Sun's Dan Wootton previously revealed in his columnthat Cheryl was in advance negotiations to take on the role of Roxie in Chicago – but producers ditched her in favour of signing Caroline.