Royal biographer Angela Levin joined Christine Lampard on Lorraine to speak about her latest book, Camilla: Outcast to Queen Consort, and time she spent with Queen Consort Camilla. Angela detailed how the former Duchess of Cornwall introduced her to the late Queen as they viewed horses at the Buckingham Palace stables.

Christine asked: “Tell me about the time she introduced you to the Queen.”

“Yes, well that was really funny,” Angela replied. “I was at home and got a phone call from Buckingham Palace saying was I doing anything in the afternoon because the Duchess would like to meet me at Buckingham Palace.

“So obviously I dropped everything, rush over there and they said, ‘Oh she’s got a surprise for you but it might not happen. 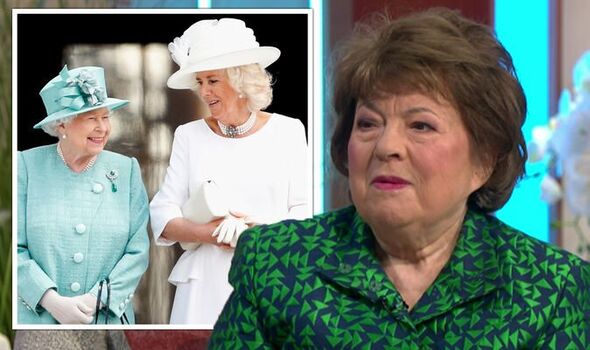 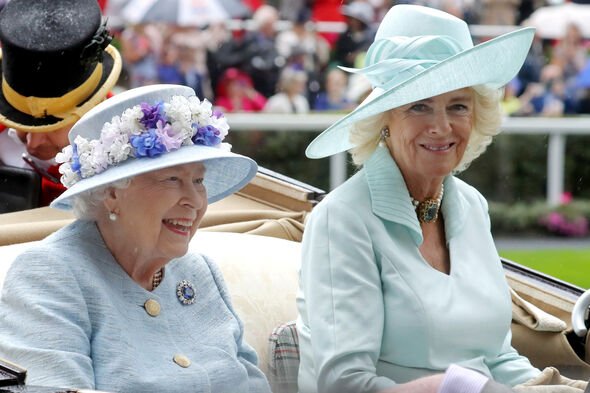 “And they said, ‘You’ll just have to wait and see. It’s a big surprise. We’ll know in 10 minutes whether you’re going to get the surprise or not.’

“I didn’t know what it was really, chocolate or? Anyway, she arrived and shook hands, I’d practised my curtsy already so I knew how to do that and then the Queen arrived.

“She introduced me to the Queen and she said, ‘Come on in, we’re going to look at something amazing.’

“So I walked into Buckingham Palace stables and there they were, there was a man called Monty Roberts who could talk to horses and tell them what to do. 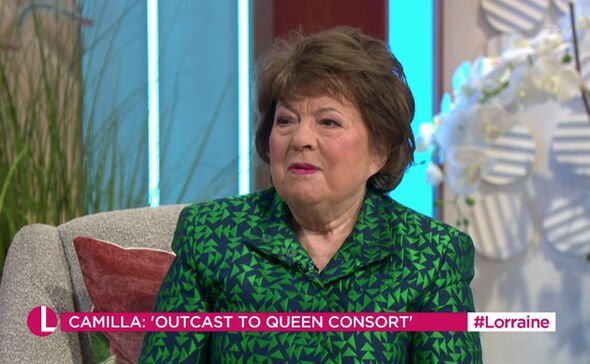 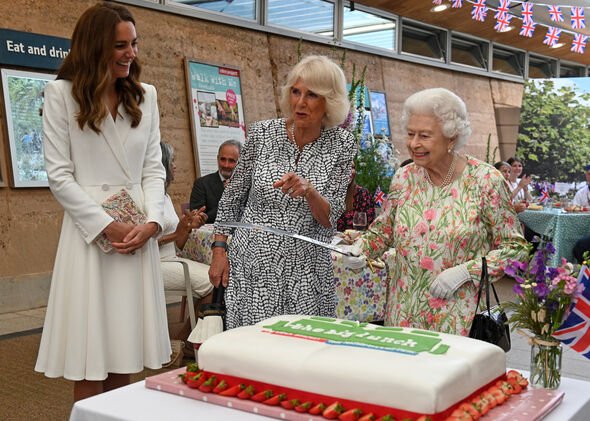 “The idea was in 20 minutes he could get a horse that had never been ridden and never had a saddle, okay for someone to ride.

“I thought that would be not on but the idea of it was they were talking non-stop and laughing because they both adored horses.”

Angela noted Camilla did not have to say a word about her relationship with the Queen as the royal expert could see it for herself.

The biographer remarked it was a clever tactic of being able to give someone an insight into royal life without speaking directly about it.

Also in the interview, Angela spoke about how she felt compelled to write a biography about Camilla.

“I decided that somehow I had to rebalance things,” Angela explained.

“One was The Crown which I felt had been quite cruel to her and the other was Prince Harry who had said really nasty things about her too.

“I decided it shouldn’t just be me saying, ‘Oh actually I spent some time with her in 2015. I spent about three months with her to write a really long piece.’

“I needed to have people who really know and will give me their names and don’t say, ‘Keep me anonymous.’

“Then, you don’t know if it’s really true. Somebody close to them, who could that be? It could be you.”

Lorraine airs weekdays on ITV at 9am.