Call the Midwife: Rhoda goes to see Dr Turner in 2017

Filming for the highly-anticipated season 12 of Call the Midwife is currently underway. The series is set in 1968, a year after abortion was decriminalised in the UK under the Abortion Act. Ahead of the season landing on BBC One, screenwriter Heidi Thomas has revealed a family is returning to the drama.

He gave Rhoda the drug as she was suffering from morning sickness, but her daughter Susan was later born with birth defects the following season as a result of the thalidomide.

Heidi has now revealed Rhoda’s storyline is being revisited for season 12, with the mother due to have another baby in upcoming scenes.

The screenwriter, who is married to Stephen, said: “This puts them under a certain amount of pressure and gives them a lot to worry about.” 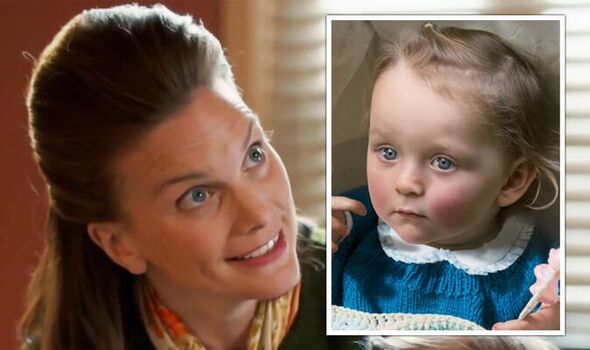 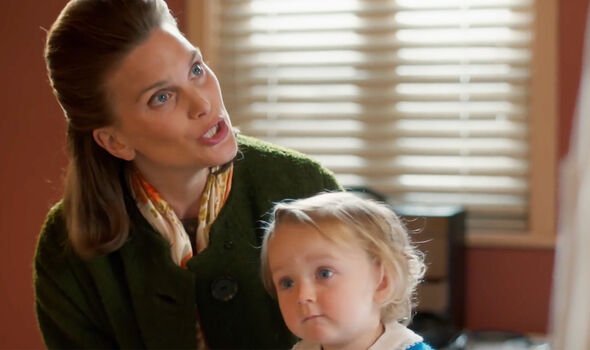 “We haven’t actually been with that family for five years, so we’re picking up the pieces for them and it makes for a very special Christmas special,” the 59-year-old told Radio Times.

Rhoda made her first appearance on the Poplar-based programme when she was pregnant with her third child.

She hoped the birth would go as smoothly as her first two, but immediately after delivery, two nurses saw her baby was born without proper arms and legs.

When Rhoda insisted on seeing her newborn, still unaware of what she looked like, a nurse explained she did not develop as she should. 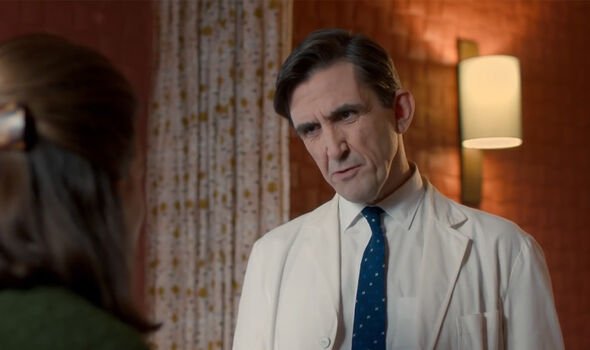 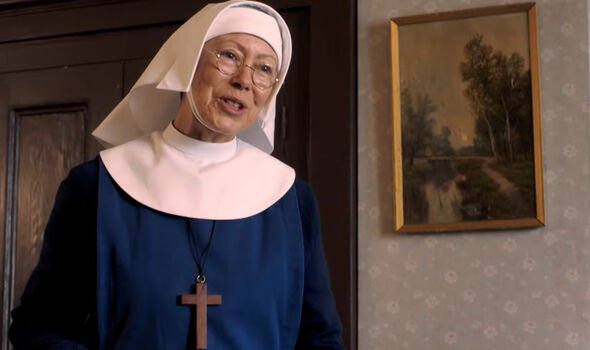 Her husband Bernie (Chris Reilly) soon accepted his daughter was different from his other children and he and Rhoda did their best to raise her.

However, the protective parents did not want to show their baby while they were out in public as they feared she would be ridiculed.

Season 12 will tackle the thalidomide scandal and it will also explore medical advancements of the time, including the show’s first ventouse birth.

Rhoda and Bernie are not the only familiar faces returning to the drama as it has previously been announced that fan-favourites such as nurse Trixie Franklin (Helen George) will be back at Nonnatus House delivering babies.

Helen left halfway through series 11 as the actress was having a baby in real life.

Heidi teased: “Something rather wonderful happens to Trixie, Lucile has to contend with a reasonable amount of sadness, and what else can I say?

“We have a new nun coming to join the line-up, Sister Veronica.”

Call the Midwife is set to return on December 25 for the Christmas special.

The festive special has aired on the same day since the show’s inception, so this is unlikely to change any time soon.

New episodes of season 12 are expected to land on BBC One in January, but an official date is yet to be confirmed.

Call the Midwife episodes are available to watch on BBC iPlayer.