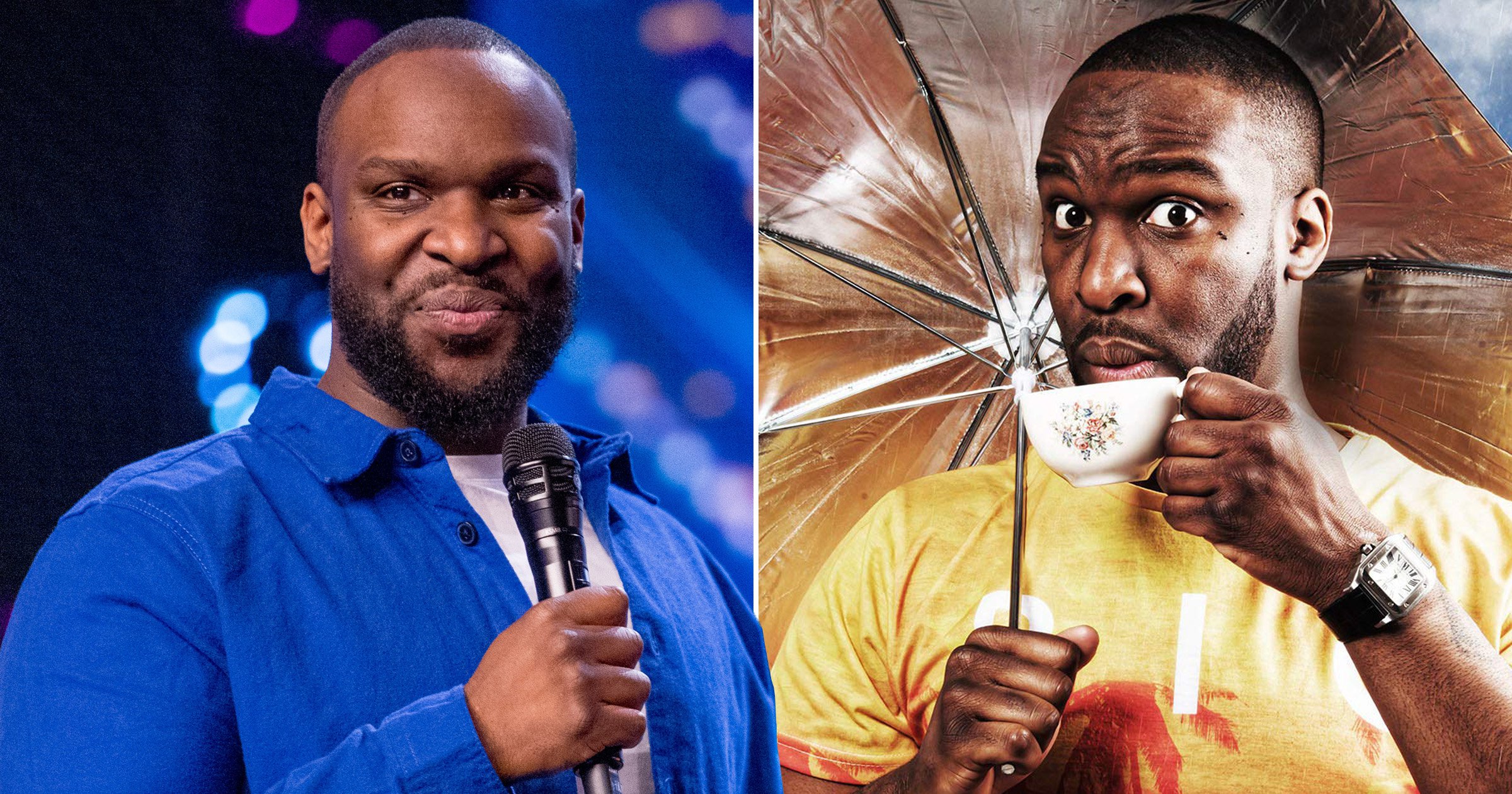 Britain’s Got Talent fans have been left perplexed after discovering Axel Blake’s comedy special on Amazon Prime Video following his triumph on the talent show on Sunday.

The comedian received Simon Cowell’s Golden Buzzer after his stand-up audition, which went down equally well with the audience at the London Palladium.

During his stand-up routine, Axel brought humour to everything from naming his newborn Pfizer, nicknamed Pfiesha, as she was a pandemic baby, and the funny arguments he gets into with his fiancée.

Simon said the competition ‘needed acts like him’ after a difficult couple of years in the pandemic, while fellow judge David Walliams described the sketch as ‘brilliantly funny and original’.

‘A comedy superstar is born tonight. You made it all seem so effortless and you’ve got a wonderful, so likeable personality,’ he said.

Media and music mogul Simon also praised Blake as ‘super confident’ and labelled him the first person to ever make a joke about Covid which was actually funny, before pressing his buzzer and sending the 33-year-old straight through to the live semi-finals.

However, following his appearance on the show, viewers questioned his selection as Simon’s Golden Buzzer act, given the name he has already made for himself on the stand-up circuit.

Axel, who also works as a property maintenance manager, has a comedy special uploaded to Amazon Prime Video.

The filmed set comes from his 2018 headline show I’m Not Gonna Lie, which he performed at The Indigo at the O2 arena.

Although searchable on Prime Video, the special is not currently available to watch.

‘Ok he was funny but he’s been advertised by Amazon Prime,’ tweeted one viewer after watching Axel on BGT.

‘Deffo not Joe Public,’ they added.

‘No this is a joke, he’s already got his own show and tours,’ one fan pointed out.

‘Another professional with a golden buzzer. And an agent,’ another said, while one fan wrote: ‘What do the #bgt golden buzzer acts have in common?’, alongside screenshots of Axel and fellow Golden Buzzer act Loren Allred’s search results, showing professional credits.

Others lamented the lack of ‘nobodies’ on this year’s edition of BGT, while one fan joked: ‘How to get a @BGT golden buzzer.. be famous already.’

His observational style of comedy has earned him headline shows around the country, as well as supporting spots for major names such as Dave Chappelle and Eddie Griffin.

However, others defended his right to be on the show.

‘Axel Blake has been around for at least a decade on the Black British comedy scene but not made it big. Happy he’s got the #golden buzzer on #BritainsGotTalent,’ posted one.

‘Why are people moaning about Axel Blake because hes supposedly well known?’ asked another. ‘Did you know who he was before he stepped on stage? No you didn’t. Which means he hasnt had his big break. Leave him alone.’

BGT bosses are yet to address the backlash against Axel nabbing Simon’s Golden Buzzer, but they did speak out against the criticism of his fellow contestant, Loren, who provided the vocal for huge hit song Never Enough from Hugh Jackman movie musical The Greatest Showman.

A spokesperson said: ‘We are thrilled to [come] back this year and look forward to viewers watching our BGT bumper special on Saturday and Sunday this weekend.

‘Whilst most people will have heard the infamous Greatest Showman track, Loren is not a household name, and she deserves her spot on the BGT stage.

‘We hope that such articles will not count against somebody who is well-deserving of this opportunity.’

Metro.co.uk has contacted reps for Britain’s Got Talent and Axel Blake for comment.