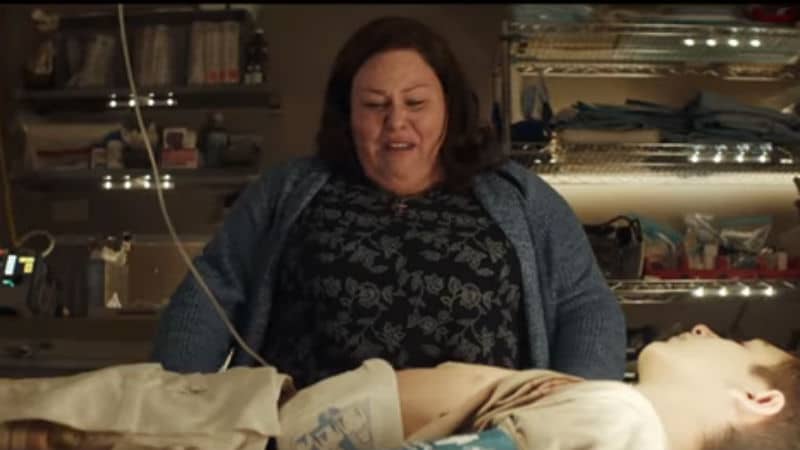 The trailer for new movie Breakthrough was just released — and gives a glimpse of what promises to be one of 2019’s most emotional films.

It is based on the incredible true story of Joyce Smith, a brave mom who refused to give up hope after her teenage son John “died” for nearly an hour.

At the age of 14, John fell through ice on Lake St. Louis in Missouri and was under water for 15 minutes before he was rescued.

Everyone feared the worst as he lay lifeless in hospital. But Joyce put her trust in faith and, after praying for him in the hospital room where he was laying, an apparent miracle happened.

Joyce Smith recounts her journey in book The Impossible

Joyce told her story in 2017 novel The Impossible. It recounts the events as they unfolded, and gives insight into a mom who was desperate to make sure her child stayed alive.

Despite the odds of John surviving being next to nothing after he fell through the ice, rescue workers did what they could to find him and get him the medical help he needed.

Joyce then went into her son’s hospital room, where he reportedly had been without a pulse for an hour, and prayed over him. She recalls asking the Holy Spirit to give her John back. Incredibly, he started to get a pulse and from there began on his journey to recovery.

Chrissy Metz plays the lead role of Joyce Smith in the movie, and the quality of her performance is already a hot topic on social media.

The film, based on the book, takes viewers through the journey as told from Joyce’s perspective. The movie is faith-based and filled with a lot of emotion, and is set to debut in theaters on April 17, 2019.

It comes after 20th Century Fox announced in 2017 that they would be working on an adaptation of the book written by Joyce Smith.

Breakthrough will be in theaters in April 2019.