In Season 4 of Netflix’s animated puberty comedy, “Big Mouth,” the anxiety level intensifies for everyone, kicking off with “The New Me,” the Emmy-qualifying episode at summer camp, in which a former camp member has transitioned as Natalie (Josie Totah). This sets off a whole series of panic attacks, according to creators Andrew Goldberg and Nick Kroll.

“We’re trying to portray what it’s like being a kid right now and anxiety seems to be central so many kids’ experiences,” Kroll said. “Obviously, we didn’t know about a global pandemic, but we did know there was going to be a national election around the time the season came out, and it proved to be anxiety ridden in its own right. Fear of intimacy and connecting with other people was weirdly hard for all of us to write about this season. Our writers room was filled with anxiety, but it was also very therapeutic and gratifying to attack, and to try to understand if there are tools to help mitigate the problem.”

They created Tito the Anxiety Mosquito (Maria Bamford) because Kroll figured that anxiety can be like a mosquito: It buzzes around and won’t go away, and scratching it just makes the problem worse. “Part of anxiety is projecting into the future what people are saying about you,” Kroll added. “And Maria has been very eloquent and funny about her anxiety in her stand-up.” 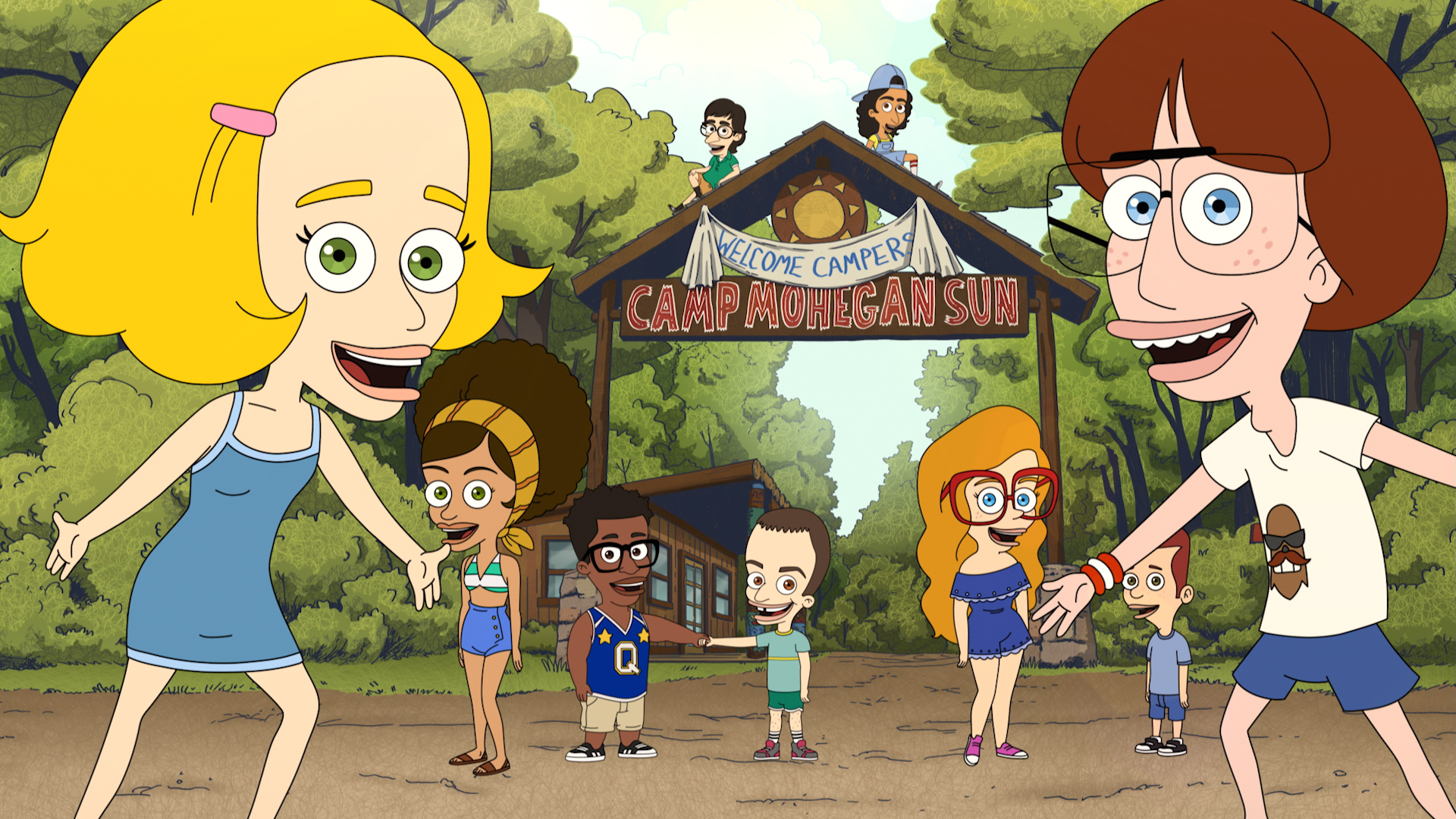 But the introduction of the trans character Natalie was an important component. They brought in actress and comedian Patti Harrison (“Together Together”) as a new writer, they did a lot of research, and added several trans artists to the team. “We also spoke with teenagers who were in the process of transitioning, which was really helpful,” continued Kroll. “We figured out with Josie that this character was tough and funny and vulnerable at the same time.”

The total rejection of Natalie by her fellow campers was quite revealing. “It’s a tough run,” Goldberg said. “I think we found over making this show that no matter where you fall inside of puberty and adolescence, it’s embarrassing, and you feel largely alone and that people don’t understand what’s happening to you. Our goal is to make you realize that you are not alone. The writers room experience is sharing some of the most horrible childhood experiences and conveying the universality of it to viewers.”

Meanwhile, the pairing of Lola (Kroll) and Jay (Jason Mantzoukas) became one of the new developments in Season 4, yet it didn’t come as a total surprise. “It leapt out at us the way they got together,” added Goldberg. “But once we got into it, it made sense how much they belonged as a couple. They’re that volatile couple that’s always fighting or fooling around, and both of their emotions run high.” 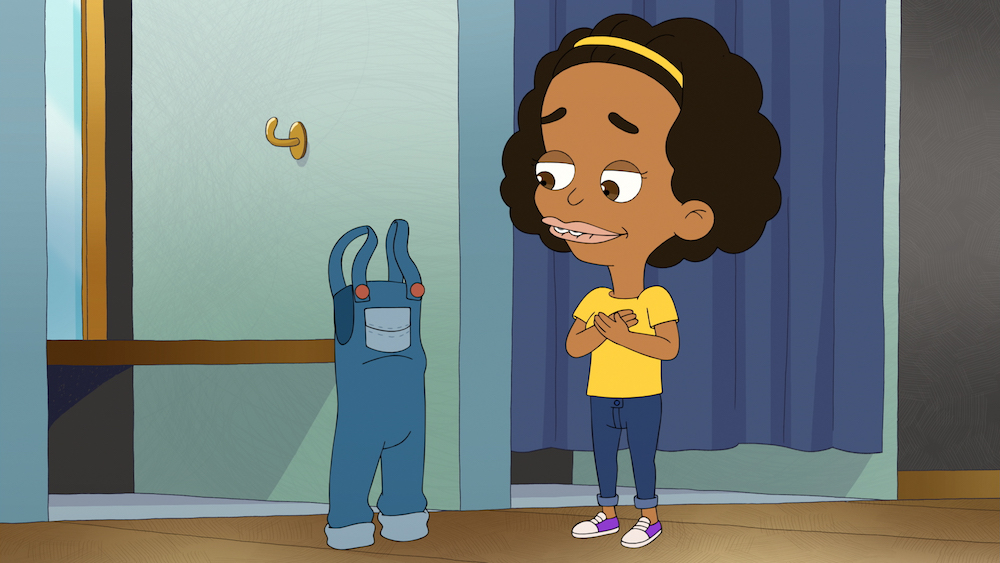 It certainly proved to Kroll that Lola’s in charge. “They actually have much in common because they both seem to be ignored by their parents, and obviously Jason and I are good friends,” he said. And this was a chance for us to make out with each other without having to upset my wife. But we thought their chemistry would be fun to watch and the stakes are very high.”

The stakes were certainly raised for Missy (Jenny Slate) this season in a number of important ways. First, she traveled to Atlanta with her parents to visit her cousins, who helped her embrace her Black identity. Then, in “A Very Special 9/11 Episode,” DeVon (Jak Knight) teaches Missy (Jenny Slate) about code-switching by singing the titular song (“It’s called code-switching….I’ve got a different me for every situation”). And in “Horrority House,” Slate’s final episode voicing Missy, she meets Mosaic Missy (voiced by Ayo Edebiri, who takes over Missy for the remainder of the series).

“Our writers have rightfully been wanting to talk more about Missy’s racial identity, so we began to explore that [going to Atlanta],” Kroll said. “We recorded this season with Jenny, and, with the murder of George Floyd and the ensuing Black Lives Matter movement and a real racial reckoning in our country, Jenny didn’t feel comfortable and stepped back from the show. And our writers were very excited about the opportunity of having a Black writer [Edebiri] come here not only for the representation, but also because we could begin to explore stories about that element of Missy more openly and with less trepidation.”

Added Goldberg: “Ayo is a writer on the show, knows it well, and went through an extensive auditioning process. Missy will continue to be a mosaic, who is not defined solely by her race, or sexuality, or nerdiness. We are all mosaics and happen to be on a journey with Missy on this one.”