Better Call Saul fans were overcome with emotion when the AMC series resumed for a final episode. The Breaking Bad spin-off, which also airs on Netflix, saw Jimmy McGill (played by Bob Odenkirk) make a life-changing decision. Express.co.uk has all you need to know about what happened at the end.

What happened at the end of Better Call Saul?

The finale started with a flashback to season five, when Jimmy was trekking through the desert with Mike Ehrmantraut (Jonathan Banks).

Jimmy suggested the pair split the millions of dollars they have and run away, and the pair discuss where they would time travel to.

In the Gene timeline, he is seen running away from the cops but he is soon found hiding in a Dumpster.

At the police station, he calls an old friend Bill Oakley (Peter Diseth) who owes him a favour and tries to help him out.

This is where fans catch a glimpse of Hank’s (Dean Norris) widow Marie (Betsy Brandt), who tells Gene how much destruction he has caused. 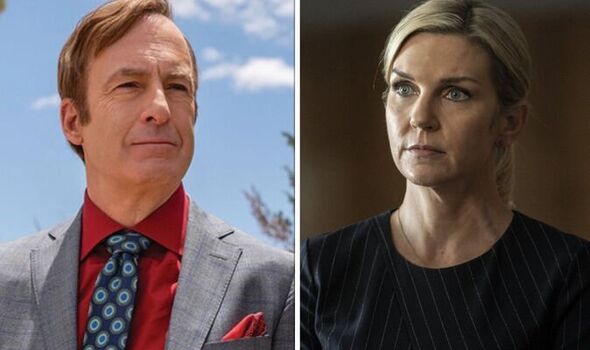 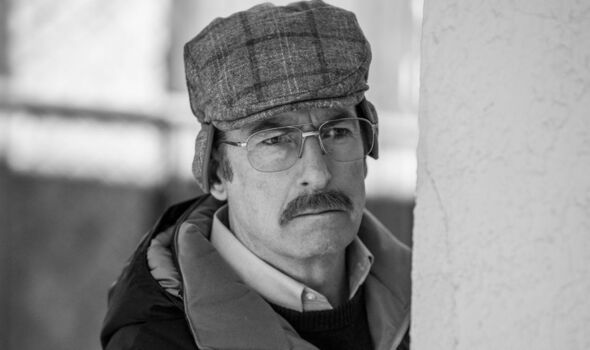 He is offered 30 years in prison for admitting the long list of crimes, but after some negotiation, he is eventually given a measly seven years.

Gene asks Bill what happened to his former lover Kim Wexler (Rhea Seehorn) as the pair had not spoken for a long time.

He discovered she was facing civil litigation from Howard’s (Patrick Fabian) widow, and she was volunteering at a free legal service firm in Florida.

Kim was later informed how Saul had been arrested and was giving testimony that would impact her directly.

She watched from the courtroom as Saul attended his hearing, and he told Kim he played an active part in setting up Walt’s drug empire. 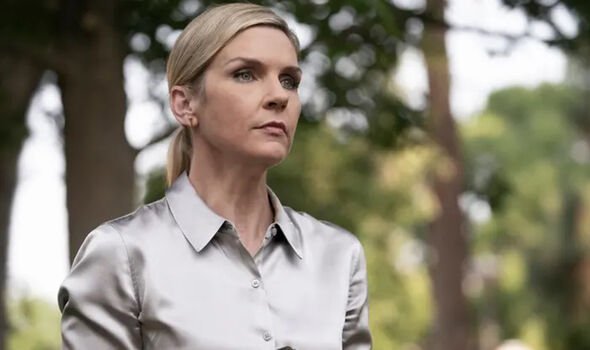 In an emotionally charged scene, Saul pays tribute to Kim and praises her for starting her life over.

Later, in prison, Jimmy (as he wanted to be called) received a surprise visit from Kim.

His sentence had been reverted back to 86 years but Jimmy told her that with good behaviour, he could be out sooner.

In the final moments, Jimmy was seen looking at Kim as she walked away from the prison.

The finale proved how it is never too late for justice to be served, which is something Saul Goodman once said. 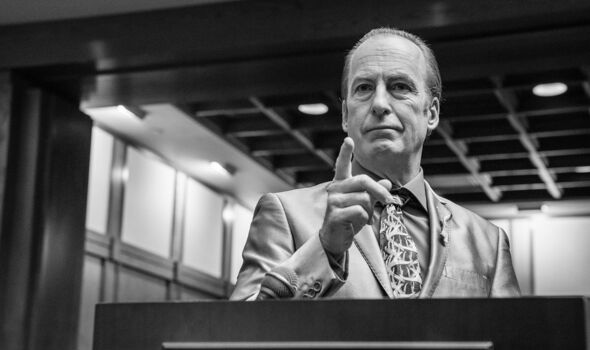 Bob explained how now there is peace, they are both finally able to breathe and accept one another.

Whether Kim goes on to marry someone else or not, Jimmy will know Kim will always have a special place for him in her heart.

The star said he believed Kim would come back to visit Jimmy once a year in prison.

He told Entertainment Weekly: “I think he helps a bunch of guys in prison to get out who are innocent, or he helps shorten their sentences.

“I don’t know what kind of dispensation they have for an 80-year-old, but I believe they have some, once you get to be that age where you can do something else.”

After choosing to be Jimmy McGill and attempting redemption, the price was another 80 years in prison.

Bob Odenkirk told Entertainment Weekly of Jimmy’s change of heart, saying: “He’ll never again be hiding from himself, like he did through the whole series.

“He’s realized it’s not worth it, you know? And the most important thing is he’s going to get to leave Earth having told the one person he cares about how much he loves them and he’s shown it.

“He’s an older guy. When you get over 50, you stop thinking, ‘I have three lifetimes left,’ and you realize, ‘I have one lifetime’.”

When Jimmy and Kim share a cigarette for the last time, they recognise each other’s flaws.