Better Call Saul Season 6 Episode 7 brought the first half of the final outing to a close, delivering a shocking ending that’s likely to keep fans on edge as they await the show’s return. Better Call Saul Season 6 Part 2 won’t premiere until July, but it has some major lifting to do when it does. It’s time for the Breaking Bad prequel to tie up loose ends. Specifically, we need answers to these five questions.

Better Call Saul Season 6 Episode 7 brought Howard Hamlin’s (Patrick Fabian) storyline to a tragic end. Although Howard wasn’t Jimmy (Bob Odenkirk) and Kim’s (Rhea Seehorn) favorite person, neither of them wanted him dead. And his murder is likely to haunt the pair, especially since their scheming inadvertently led him into Lalo’s (Tony Dalton) line of fire.

Needless to say, Jimmy and Kim will have to grapple with their role in Howard’s death when Better Call Saul Season 6 Part 2 arrives. Could the mid-season premiere’s tragedy be the real reason Kim is missing in Breaking Bad? It seems inevitable it will shake up her relationship with Jimmy in a way that can’t be undone.

2. What is Lalo Salamanca’s plan to get back at Gus Fring?

During Better Call Saul‘s mid-season finale, Lalo Salamanca returns to Albuquerque to get revenge on Gus Fring (Giancarlo Esposito). After staking out in a sewer, he calls his uncle and reveals he’s returning to “Plan A.” He never clarifies what this means — but whatever Plan A entails, Hector Salamanca (Mike Margolis) isn’t happy about it.

Given Lalo’s sudden appearance at Jimmy and Kim’s apartment, it’s probably safe to assume the plan involves them as well. It’s hard to say how they could help Lalo get back at Gus — but whatever’s about to unfold, it could explain how Jimmy comes to work for the Chicken Man in Breaking Bad.

The first half of Better Call Saul Season 6 revealed what happened to Nacho (Michael Mando) and Howard. The latter portion of the final season will need to account for Kim Wexler’s whereabouts in Breaking Bad. Given the other characters’ fates, things aren’t looking good for her.

Kim’s absence in Breaking Bad has become one of the central mysteries of Better Call Saul, and it’s one that season 6 part 2 will be tasked with solving. Saul Goodman doesn’t even mention his partner in the original show. Considering how close they are, it’s hard to imagine a world without them side by side. However, that’s exactly the world Breaking Bad gives us.

As such, it seems likely something major will happen between Jimmy and Kim in the prequel’s final chapters. Fans had better buckle up. They might be in for more heartbreak.

4. What happens to Lalo Salamanca in ‘Better Call Saul’ Season 6?

Interestingly enough, the original series does contain a single reference to the character. When Walter White (Bryan Cranston) and Jesse Pinkman (Aaron Paul) first kidnap Saul, he asks if Lalo sent them. This could indicate that Lalo’s alive during the Breaking Bad timeline — or at least that Saul believes he is.

It’s hard to see how Lalo will survive Better Call Saul Season 6, especially knowing Gus will come out of their confrontation on top. The final episodes need to show us how their feud plays out and what becomes of Lalo.

5. What pushes Jimmy McGill fully into his Saul Goodman persona? 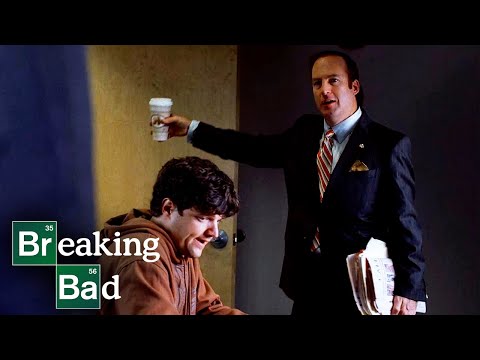 Jimmy McGill has already adopted the name Saul Goodman, and Better Call Saul has depicted his entrance into criminal law. However, he still has a ways to go before becoming the lawyer we know from Breaking Bad. Better Call Saul Season 6 Part 2 will need to get him there, fully rendering him a “friend of the cartel.”

Whether the coming episodes do this gradually or with one explosive development is anyone’s guess. We’d wager Kim’s absence factors into his transformation somehow.