Ben, 45, was on hand to host the final instalment of Good Morning Britain this week today with fellow presenter Charlotte Hawkins, 45. As he does on a Friday, the Tipping Point star gave an update on Kate’s, 53, husband Derek Draper, 52, as he continues to battle coronavirus in hospital. As well as sending their best wishes to their ITV co-star and her family, the hosts also discussed how to celebrate birthdays in lockdown as Piers Morgan’s, 55, replacement said his son was set to mark his big day next week. However, he recalled how the former I’m A Celebrity…Get Me Out Of Here! campmate exposed a secret about young Sam when he was born 13 years ago.

The presenters got onto the discussion of birthdays after Charlotte celebrated turning 45 earlier this week, but couldn’t see her family and friends physically due to social distancing restrictions.

With Ben set to mark son Sam’s big day on Monday, he wanted to know how viewers had still been carrying on with the celebrations in lockdown.

This led him to take a trip down memory lane as he spoke about the birth of his youngest son back in 2007 when he and Kate presented GMTV together.

However, he explained how his co-star had made a slight hiccup on air as she revealed the then newborn’s name live on air before he’d told his family. 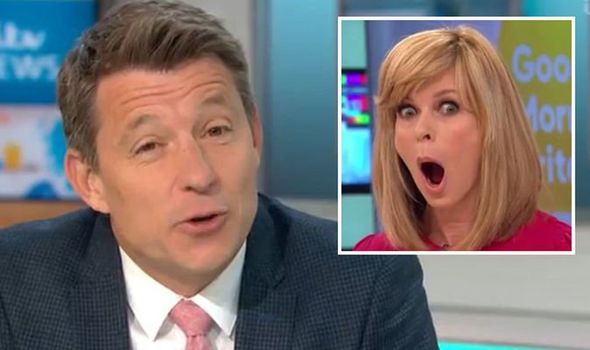 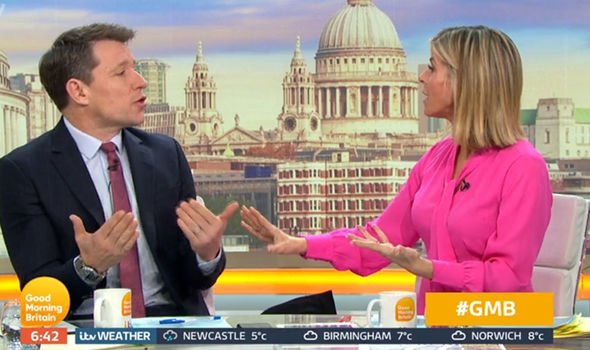 “I can remember announcing that he’d been born on GMTV all those years ago to Kate,” Ben began as he then went on to explain what he’d told Kate about the family secret.

“I said to Kate, ‘The one thing I can’t say is, because I haven’t told everyone in the family that he’s called Sam yet.’

“‘So, don’t mention his name and don’t ask me what we called him’,” the host continued, to which Charlotte replied: “I think I know what’s coming.”

“So, of course, the first thing she says is, ‘Congratulations, wonderful news. Little baby Sam’s been born,” he detailed of his co-star’s mistake. 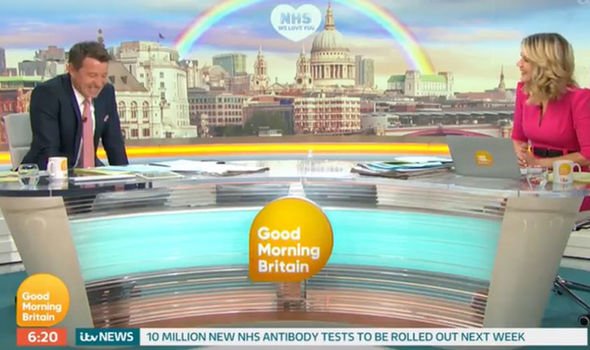 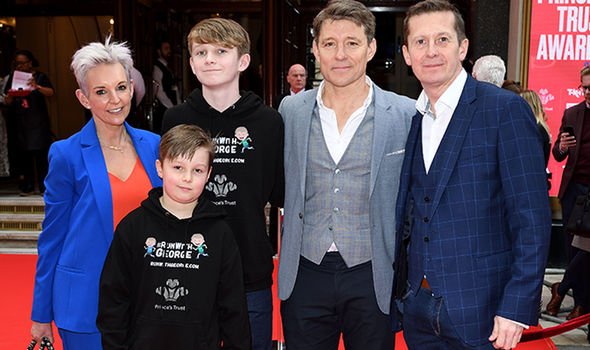 The father-of-two was then seen laughing with Charlotte, before saying he couldn’t believe his son was celebrating his birthday on Monday.

Talking about the difficulties of marking the occasion in lockdown, Ben added: “It’s trying to find a way to make it feel special.

“All the days are merging into one, so you’ve got to try and take those opportunities to make it special.”

“Yeah, because it is a tough time for everybody and there are lots of different challenges,” his co-host said.

“But, if you can look back and you’re sort of saying, ‘Do you know what? I made the most of that time,’ or, ‘I did something special on that day,’ it’s about making those memories.

“It’s not necessarily going out and doing something, is it?” Charlotte continued, as she explained how she marked her day.

Ben has also been making the most of time in lockdown with both his sons, as he recently shared a rare insight into his home life.

With restrictions to battle coronavirus being eased to allow the British public to spend more than one hour outside a day, the presenter has posted a video of him and his eldest son Jack enjoying the warmer weather.

Taking his 14-year-old son to a golf course, the presenter and Jack played a round of the sporting activity.

As the youngster took a swing and hit the ball, the father-of-two could be heard saying: “What a shot.”

In view of his 365,000 followers, the host captioned the short clip as he wrote: “Stunning end to the day – with a few holes at #wpgc.

“The course is in great nick and Jack certainly did this hole justice!! #golf @wimbledonparkgolfjunioracademy.”