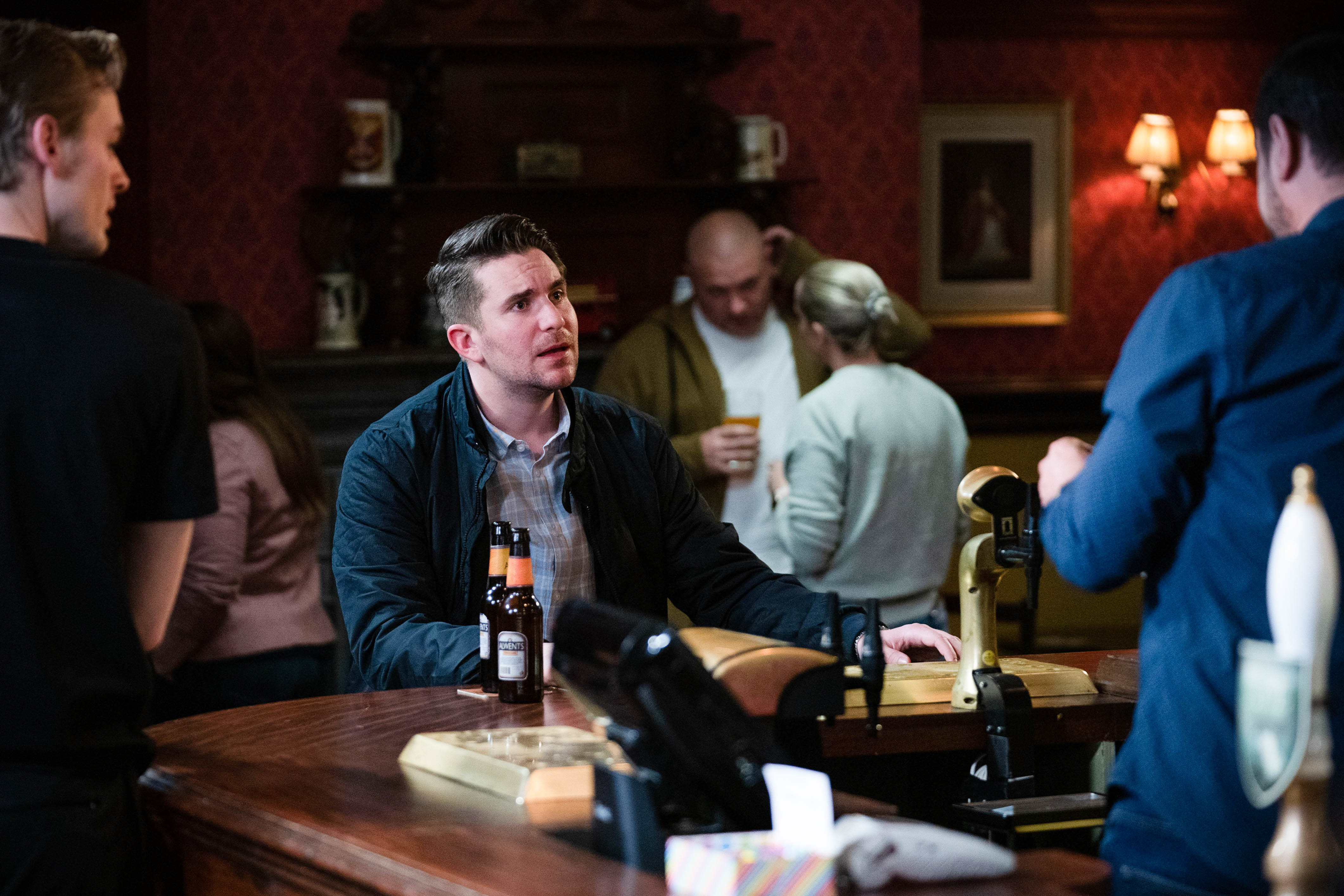 After Sharon (Letitia Dean) spotted Ben beating someone, she reminded him that if the man didn’t survive while in hospital, Ben could face prison for murder – again.

Time behind bars didn’t bother Ben that much, as he told Sharon committing the attacks makes him feel safer.

Coming up, trouble continues for Ben as he’s unimpressed to see Callum’s police poster has been vandalised.

The next day, Callum suggests to Ben that they spend time together for their wedding anniversary but with the defaced poster on his mind, Ben does his best to avoid Callum.

Outside, Ben spots a man, Rich, laughing at the poster and his anger grows.

Meanwhile, in the pub, Callum is helped by Zack (James Farrar) as he tries to get a good deal on Sharon’s old flat.

As Callum shares the good news with Billy (Perry Fenwick) and Lexi, Ben comes across someone he thinks is Rich and starts attacking him.

With Callum hopeful moving out of the funeral flat will mark a new start for him and Ben, could this secret destroy them?