Dan Walker, 42, joined BBC Breakfast hosts Charlie Stayt, 57, and Naga Munchetty, 44, on today’s weekend edition of the show to speak about all things sport. Due to present BBC’s Football Focus later on today, the presenter discussed what he and the other stars of the programme would be talking about. Although it seemed he was on time, in fact the presenter had only woken up moments before appearing on the red sofa, which left him a bit muddled and issuing an apology for the mishap.

After he was handed he reins to speak about sport, Dan made a slight mishap by stating an upcoming game between Liverpool and Manchester United was being played at the latter’s home ground of Old Trafford.

However, after a clip was played which gave the presenters a quick breather, the Football Focus star realised he’d made a mistake.

“I had brain fade earlier,” he began before the hosts could move on, going on to add: “It’s at Anfield the Liverpool Manchester United game.

“I wrote it down the wrong way around,” he commented and apologised to his co-stars to which the presenter took to social media to respond to viewers who were left in meltdown about the mix-up. 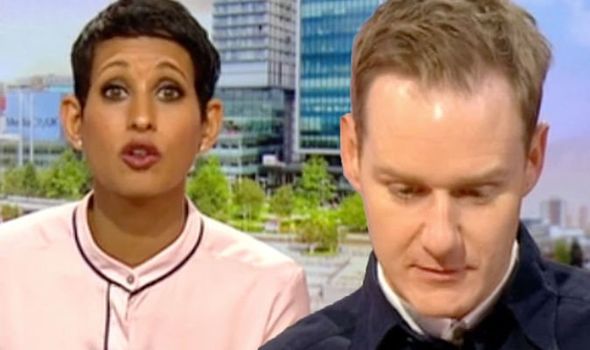 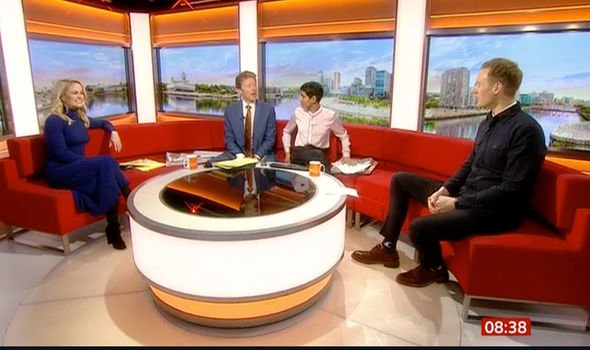 Taking to Twitter, Dan explained why he made the hiccup and addressed how he almost missed his stint on the show today.

In view of his 613,800 followers, the presenter wrote: “Don’t shout at me… I overslept and it’s still very early.

“#Anfield See you on #FootballFocus later,” he concluded, to which one fan responded by telling the host how he could better prepare himself.

“Again?! You need a new alarm clock Daniel,” they wrote, with the Football Focus host replying back about the unfortunate error. 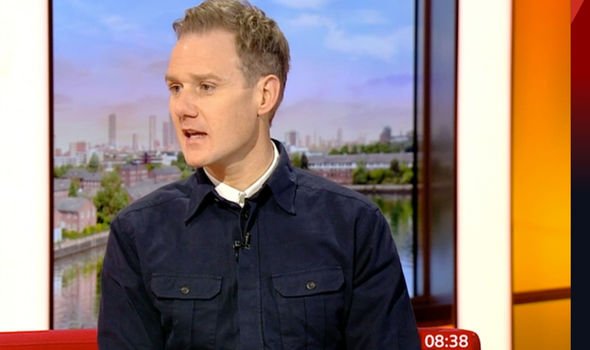 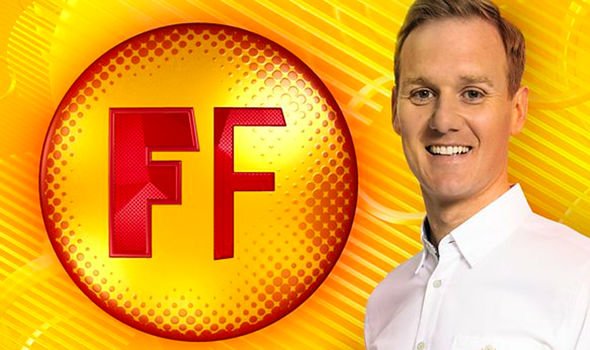 “Woke up at 8:16. On air at 8:32. New world record,” he claimed with a stream of viewers then commenting on the blunder.

One wrote: “Where do you live??? Next-door to the studio??? Glutton for punishment especially working on a Saturday morning.”

Another added: “Multitasking I’m impressed – tweeting whilst getting dressed.”

Whilst a third commented: “The panic running through your body when your eyes opened must’ve brought you close to a heart attack.”

Following a question from a fourth who asked: “Do you sleep behind the sofa??” Dan explained why he had overslept, referring to a work commitment last night.

“No, I was working here late last night so stayed in a hotel just around the corner,” the presenter wrote.

“I was like Linford Christie down the corridor,” he quipped.

Before ending his stint on the show this morning, the presenter joked he would get a heavy response online to his blunder.

Charlie rounded off the conversation by talking about Liverpool’s winning streak playing on their home turf, saying: “When the win comes, it’s so sweet.”

Off the back of the comment, Dan remarked: “Yeah it will. As it will be sweet when I leave the studio and check all my messages and all the people shouting at me about getting it wrong.”

The presenter’s co-star said: “You got it right in the end, that’s what counts.”

Just before leaving the studio, the BBC Breakfast star plugged his sports show, telling viewers to tune in at 12pm for Football Focus.