Louise Minchin and Dan Walker returned to the BBC Breakfast sofas to presenter Tuesday morning’s instalment of the breakfast show. As always, they were on-hand to give BBC viewers the lowdown on the biggest news stories of the day. However, when Minister for Business and Industry Nadhim Zawahi appeared on the programme to discuss issues such as the risk of higher tier restrictions in the north of England and the free school meals row, viewers weren’t convinced with there host’s grilling, as Mr Zahawi seemed to not let Minchin interject to ask further questions on several occasions.

Today’s programme saw the hosts continue to talk in detail about the ongoing restrictions amid the coronavirus pandemic.

It comes amid the news a group of Tory MPs from in the north of England have written to Prime Minister Boris Johnson to demand a so-called roadmap out of lockdown.

However, when Minister for Business and Industry Nadim Zawahi appeared on the programme to discuss the issues at hand, Minchin is said to have struggled to grill him.

On more than one occasion, the host tried to interject on what the MP was saying but was unable to do so as he continued to speak. 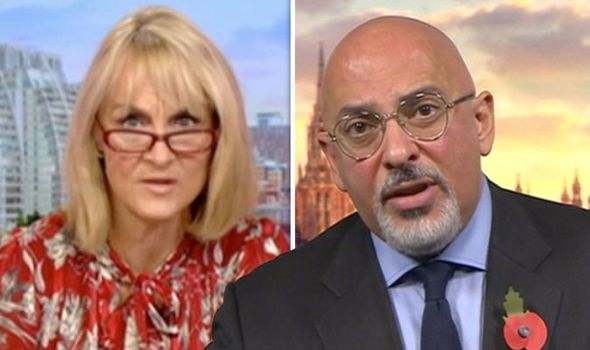 At one point, Minchin had quizzed her guest on how new support would look as the furlough scheme comes to an end.

Mr Zawahi said: “If employers have to close down they can get two-thirds of their wages in the tier three areas,” before the host interjected: “Can I…”

The guest failed to let the host talk as his comments continued, saying: “There’s support across the board for businesses as well as targeted support for Manchester and other areas.”

Those at home soon criticised the interview, with one sharing on Twitter: “Nadhim Zahawi is an awful interview #BBCBreakfast.” 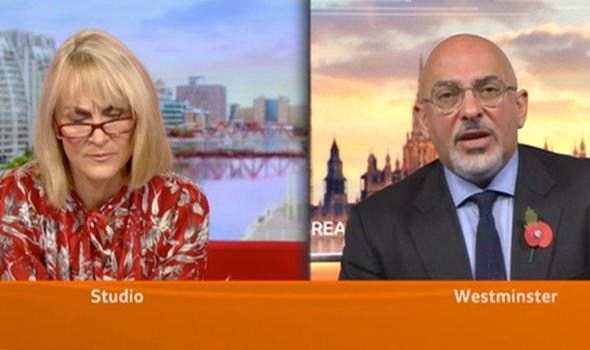 Another said: “Sorry – is this an interview or a party political broadcast??? Zahawi is all over her …Louise swimming out of her depth (see what i did there)  #BBCBreakfast @BBCBreakfast.”

Another commented: “Oh poor Louise what a weak choice to interview a cad like @nadimzahawi on #BBCBreakfast he has not answered a question just waffled on and no challenge.”

“That’s two easy gigs by @nadhimzahawi, first on #KayBurley and then on #BBCBreakfast! Really f****g disappointing, as he’s usually one of the easiest #Tory #Ministers to get rattled! There’s f**k all scrutiny whatsoever!” Criticised another viewer.