The actress, 81, grinned from ear-to-ear as she left the bash hand-in-hand with her partner, 55. 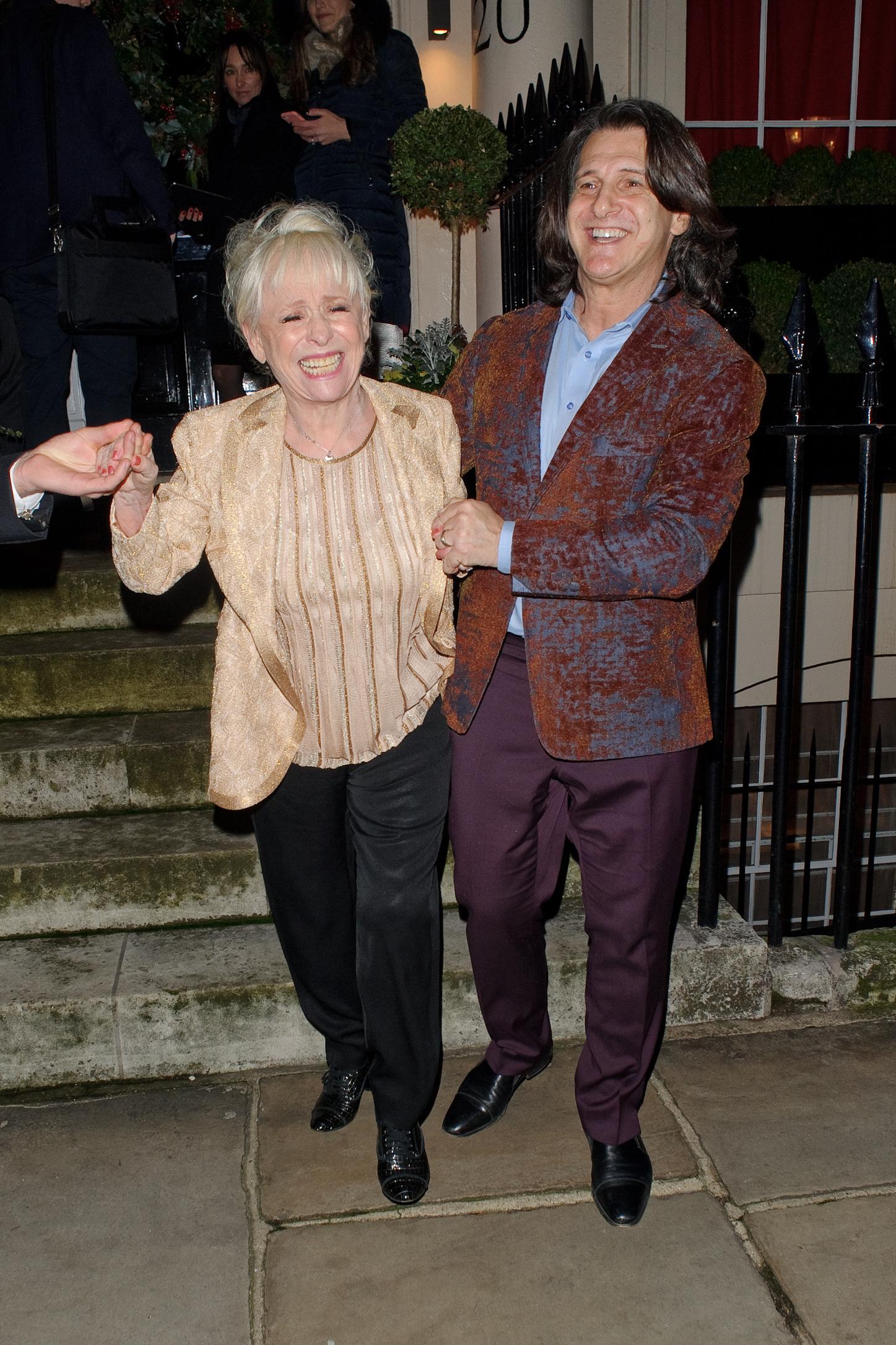 Former EastEnders actress Barbara wore a gold jacket and matching top which she teamed with a pair of black trousers and heeled boots.

Scott donned a red and blue blazer over a light blue shirt, and a pair of purple trousers and smart black shoes.

Carry on films legend Barbara, or Babs as she is more affectionately known, has not often been seen out in public after it emerged she was suffering with Alzheimer’s.

The star was diagnosed with the disease in 2014 but it was not announced until 2018. 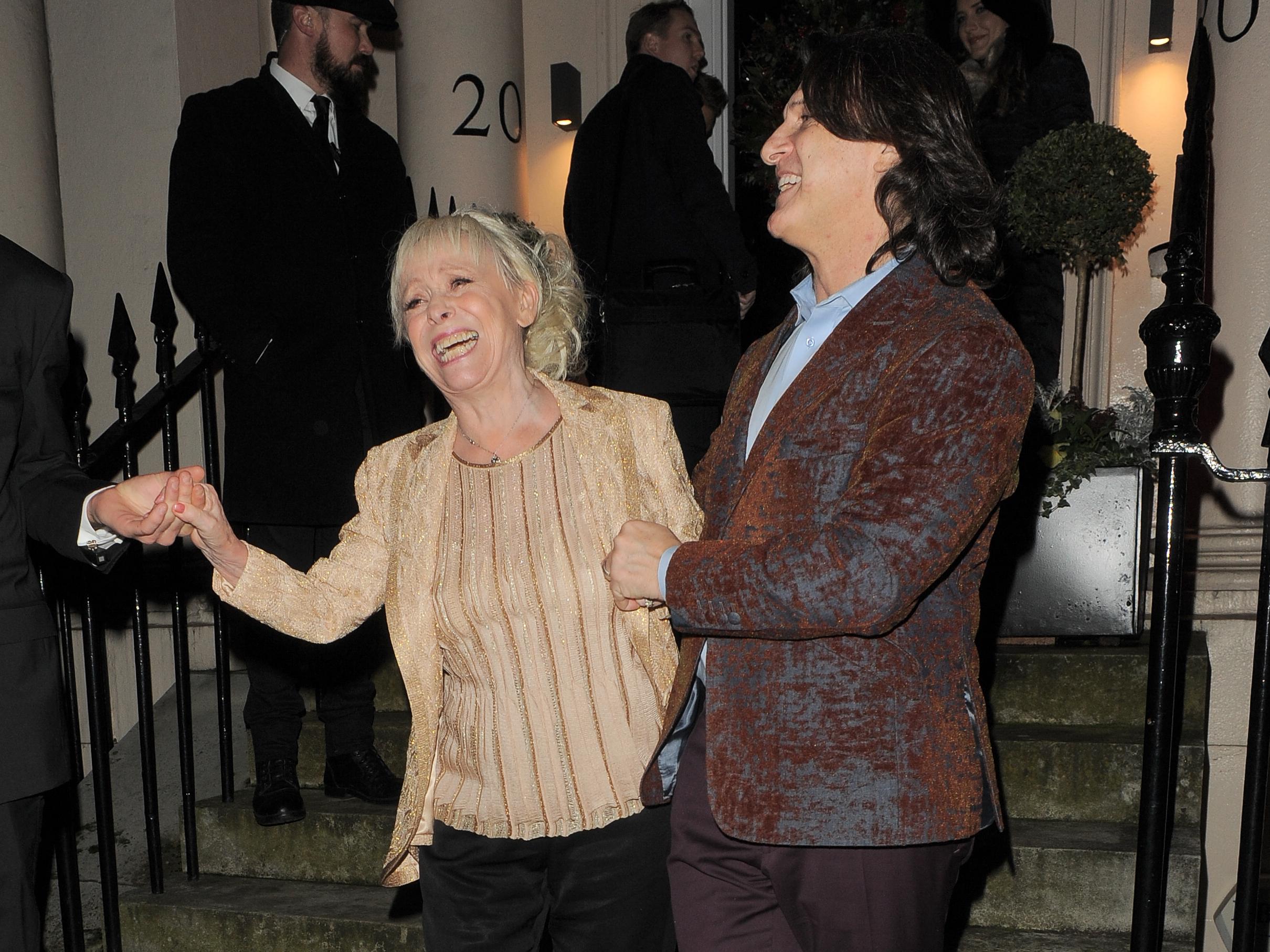 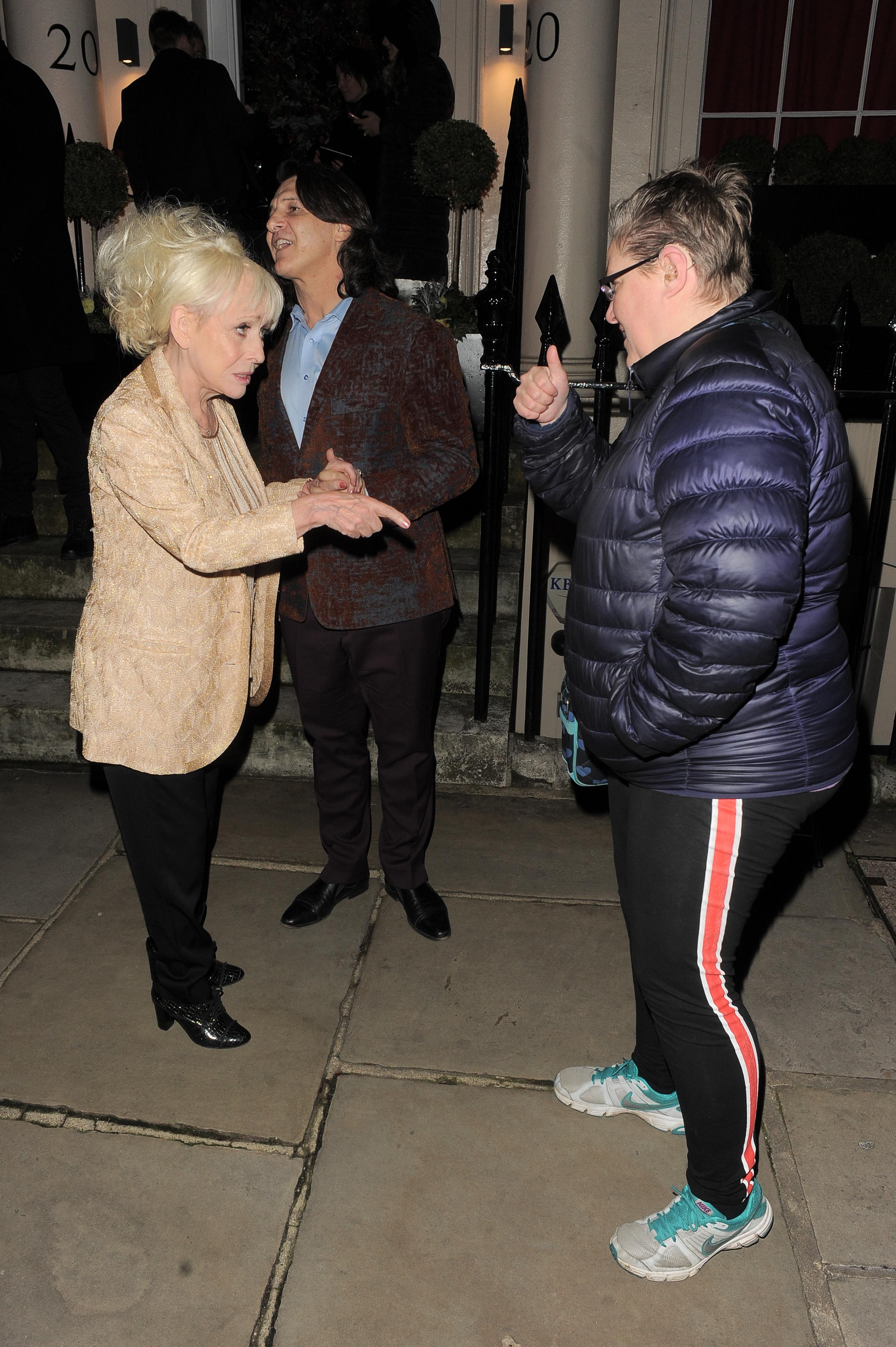 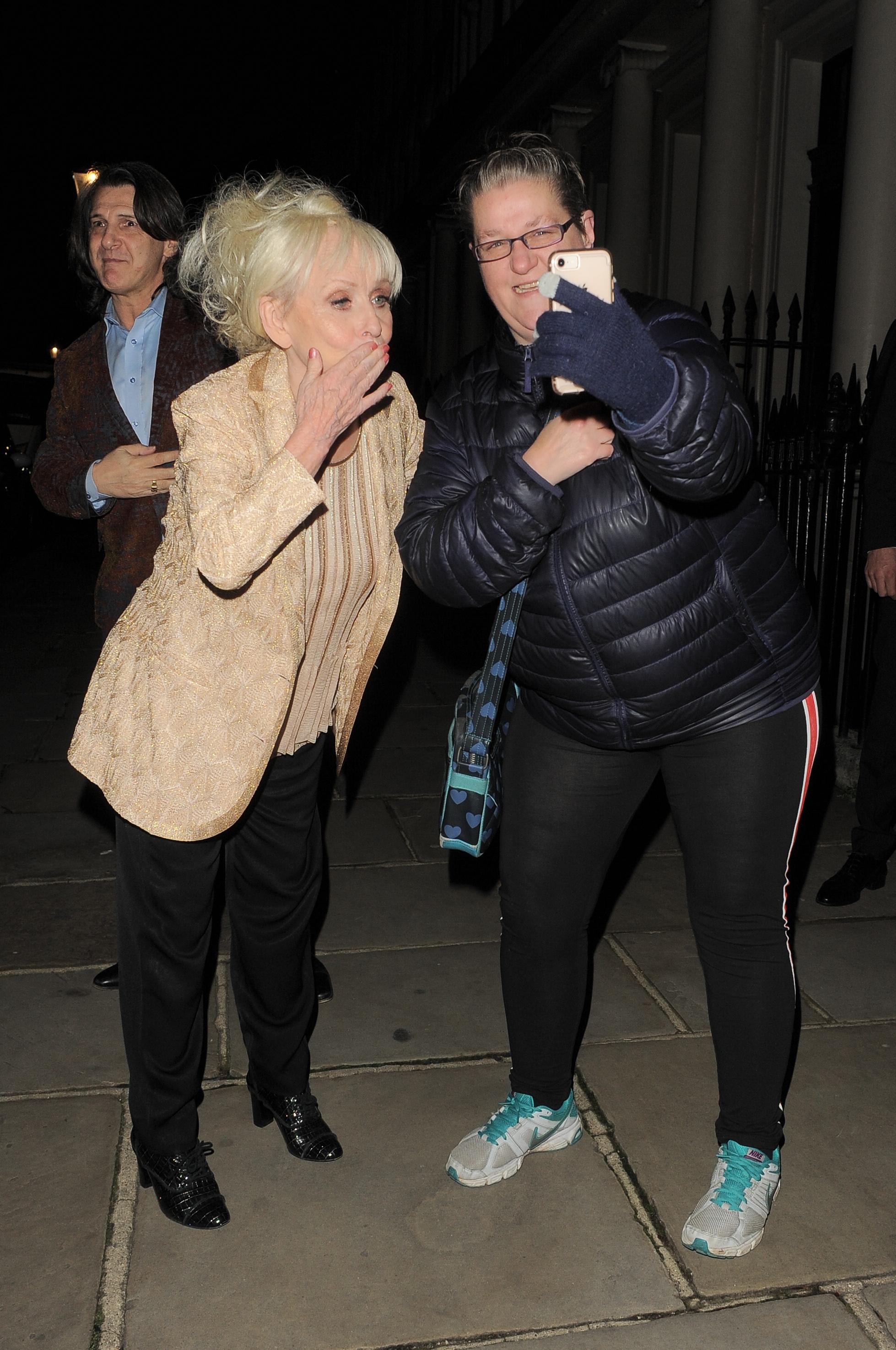 Barbara also made a public appearance last month with a trip to the West End to watch a show.

The 81-year-old EastEnders star was at the Theatre Royal Drury lane to see pal Bonnie Langford perform in 42nd Street The Musical. 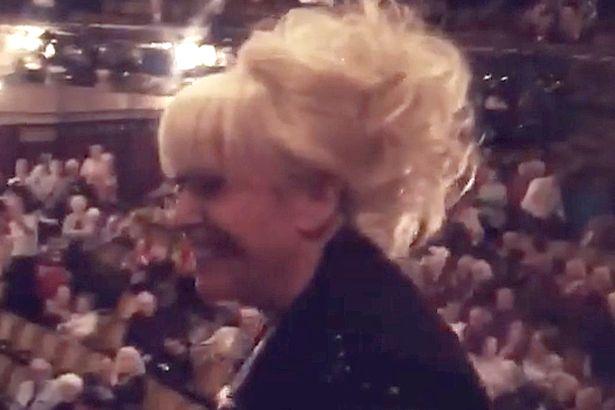 During the interval she crept into the Royal Box with former fellow EastEnders actor Adam Woodyatt, 50, who plays Ian Beale on the soap, his wife Beverley and Bab's husband Scott.

The crowd gave Barbara a standing ovation, which Woodyatt described as "so moving".

After the show, she was given a private tour of the theatre where she tap-danced on the stage.

Scott told the Mirror: “It was a wonderful day. The public are the warmest people in the world to Barbara. 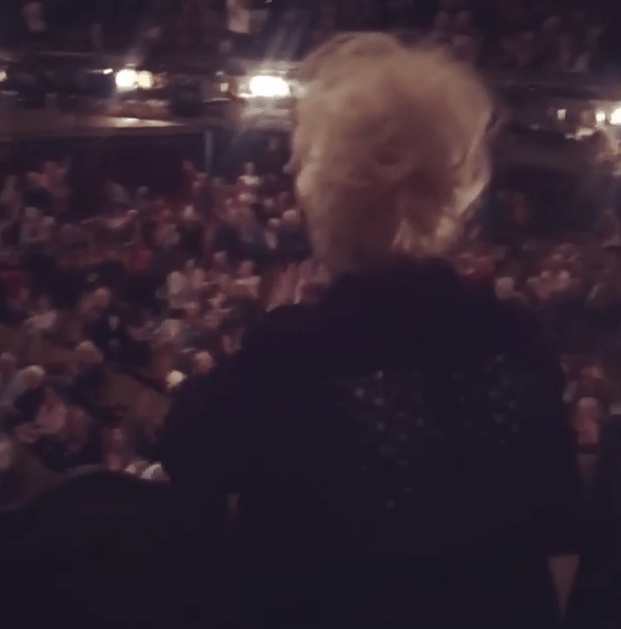 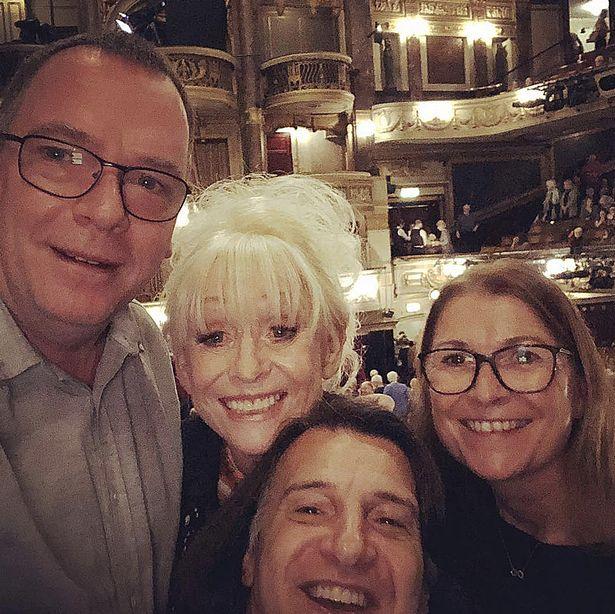 “It gives her such pleasure chatting to everyone and seeing them all and she never expects that reaction. Then she did an impromptu dance routine on the stage after the show.

"It’s like two different people once she enters a theatre. The old Babs emerges for a while. It’s wonderful to see those moments.”

Adam posted a video of Barbara in the Royal Box on his Instagram page. 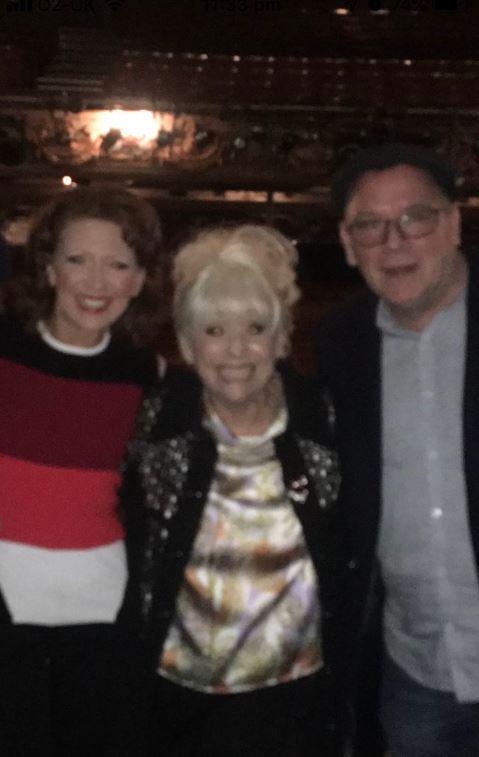 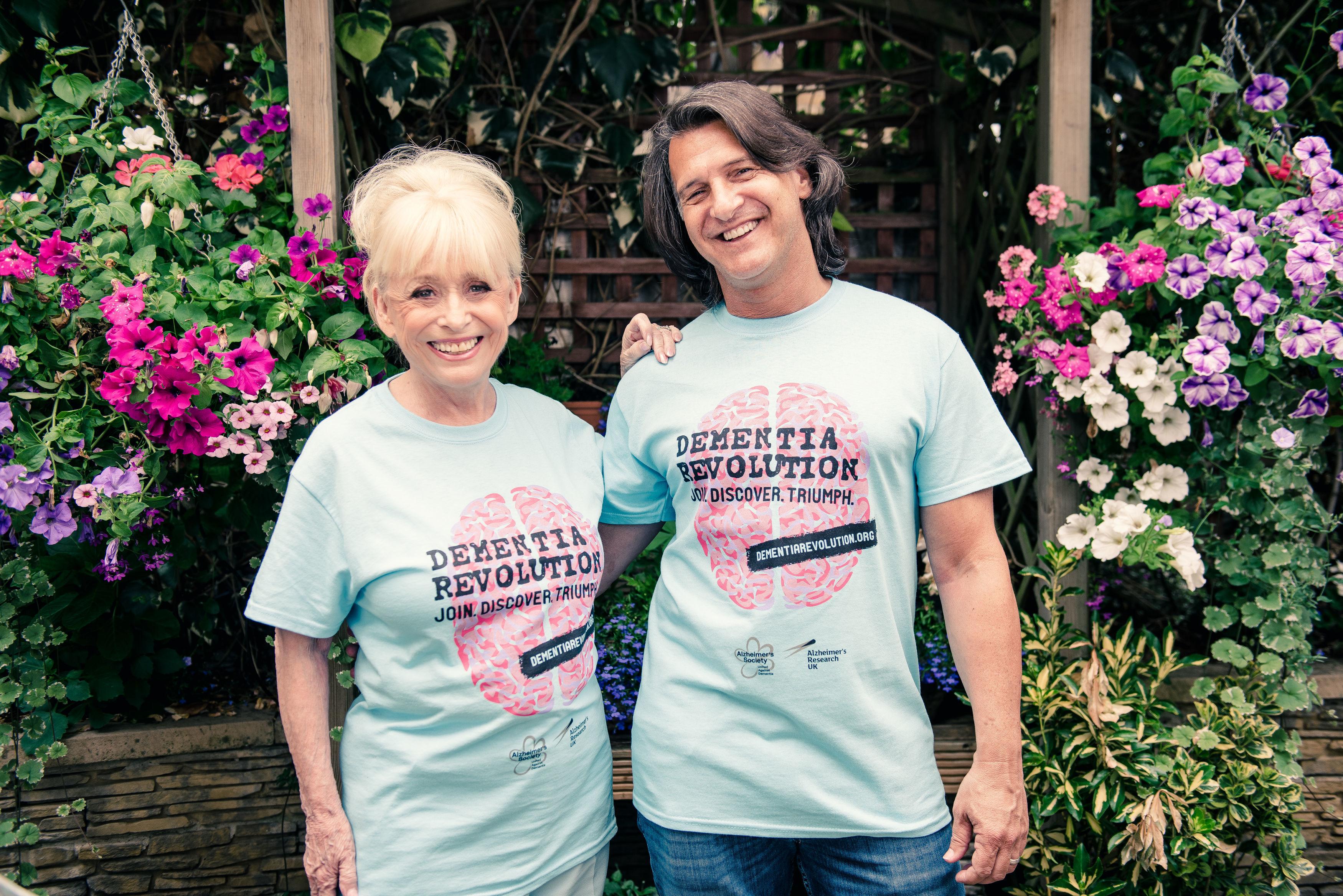 He wrote: “During the interval we sneaked her into Royal Box and the response from the auditorium was so moving.

“After the show she was even tap dancing. A day I will remember.”

Last month, the TV legend made her first appearance on camera since her devastating dementia diagnosis was revealed earlier this year.

She made a personal call-to-arms video message urging people to run next year’s London Marathon for the Dementia Revolution to raise funds and change attitudes towards the condition.

Husband Scott will spend his 56th birthday running 26 miles across the capital alongside a few currently unnamed stars of EastEnders who wish to support their former colleague.

In an exclusive interview with The Sun in May this year, Scott took the brave decision to finally reveal her illness as it was becoming increasingly difficult to keep it a secret.

He said: “We were really nervous about going public with the news…but when we did, there was such an incredible reaction of love and support.

“The public support has been mind-blowing. They’ve been so kind and compassionate.” 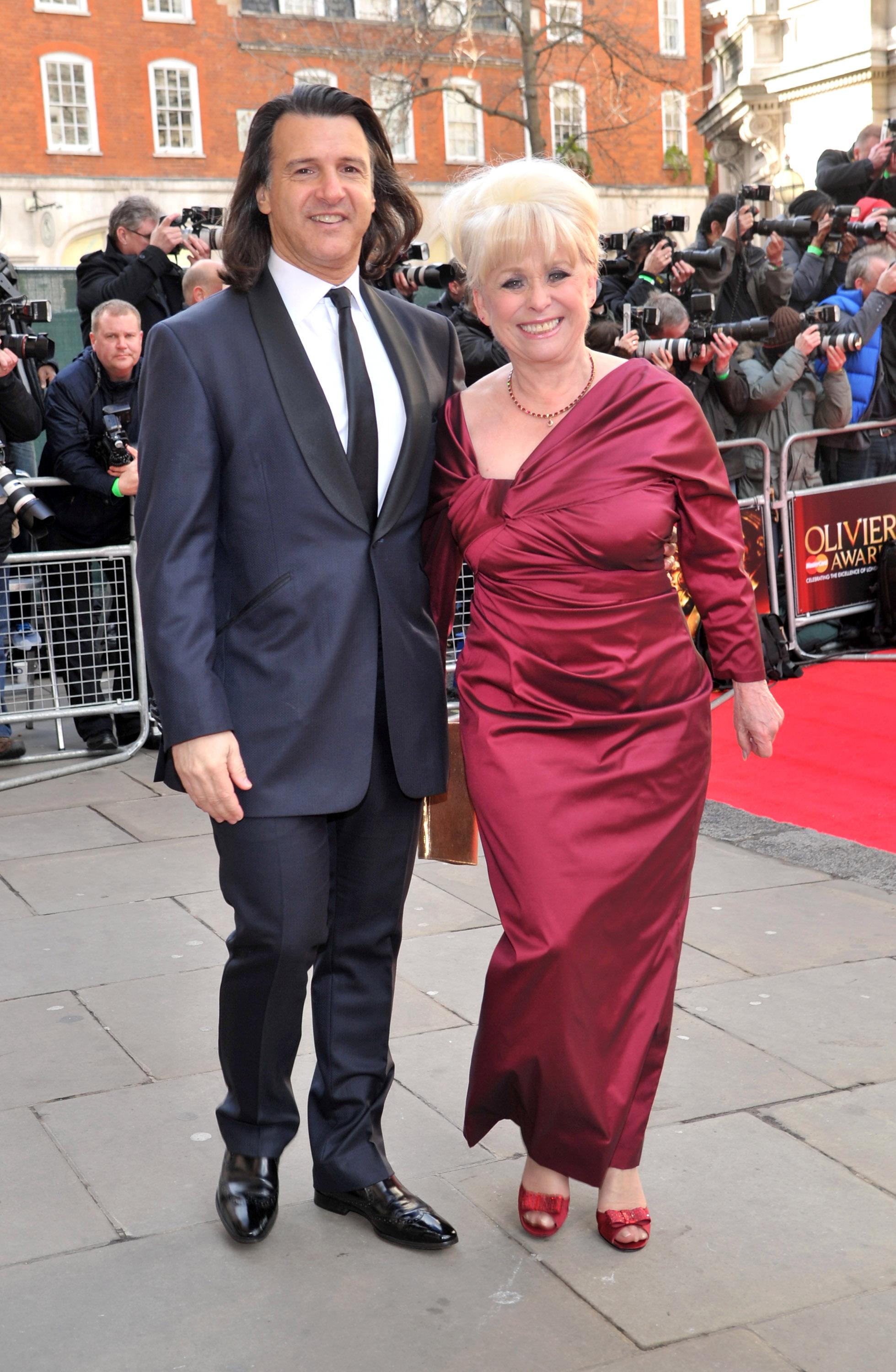