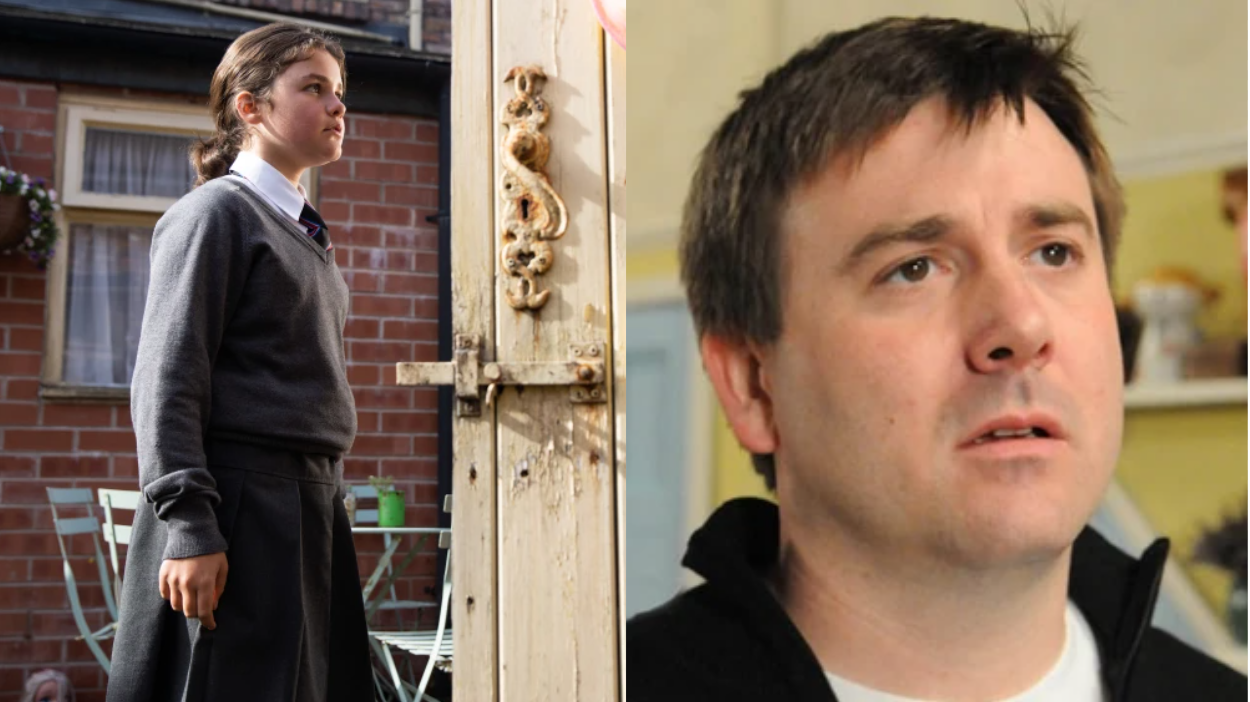 We know that Fiz (Jennie McAlpine) and Tyrone (Alan Halsall) have been up to their eyeballs in stress lately, trying to get Hope’s name removed from the book about John Stape which is being serialised in the Weathy Gazette.

As much as they attempt to protect Hope, Fiz and Tyrone are forced to accept that the book will be published as they cannot afford the £100k legal fees for a libel case.

When Hope discovers what’s going on, she’s furious and rails at her parents for failing to look after her.

As Hope decides to stay at Chesney’s (Sam Aston) house, Tyrone explains to Fiz how he bought all the stock from the local bookshop, including the cardboard cut-out in a bid to stop people reading the book.

Working together, Fiz hides the John Stape books as Tyrone distracts her in the hallway.

Sadly, their attempt isn’t a success as when Hope is in the backyard, she kicks open the door of the outhouse and is stunned to see a cardboard cut-out of her read dad and the books.

But how will Hope react?