Last year the iconic Marvel Comics writer died but managed to complete all his MCU movie cameos up to and including Avengers Endgame. The latter saw him have a brief line in the 1970 time travel scene. But now one fan has theorised that Marvel Studios always intended for Captain America to go back in time and be with Peggy and that Stan Lee, had he been in better health, would have played Old Captain America in the closing scene with Falcon. A tremendous twist, this would mean that Lee’s cameos would have been older Steve Rogers all along.

Reddit user MemTheDurgen has even pointed to a number of Lee’s cameos as evidence of this theory.

They wrote: “Captain America: First Avenger – This cameo would have been Steve later on wanting to visit himself in the past, perhaps for nostalgia, when he sees who he thinks is Captain America he says ‘I thought he’d be taller’ because he thinks he’s looking at a younger him.”

“The Avengers Stan’s line ‘Superheroes in New York? Give me a break’ could be Steve ridiculing the pastel look of the Avengers now compared to their gritty incarnation in Endgame, or just a remark of how inexperienced they were then.

“Captain America: The Winter Soldier – It makes sense for Steve to want to hang around his own exhibit as a guard, telling people about himself discreetly.

“It could have also been a job to help pay for the medical bills of an ailing Peggy Carter who we see in this movie.” 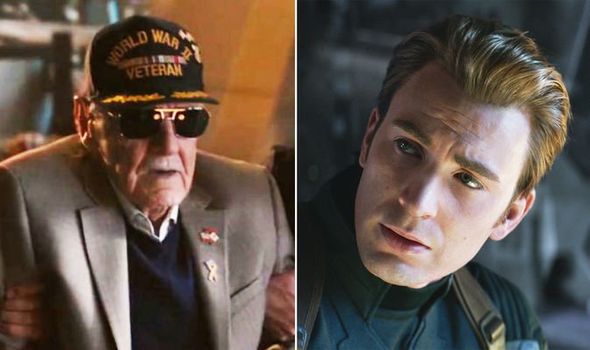 “Guardians of the Galaxy Vol. 2 – Steve is telling the watchers about the great time he’s had messing with the Avengers over the years.

“Avengers: Infinity War – Steve has seen plenty of spaceships in his day, really, these kids shouldn’t be shocked.” 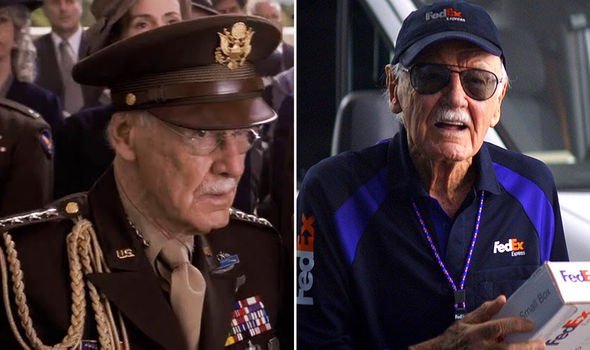 Meanwhile, another popular theory reckons that Old Captain America was at Peggy’s funeral.

Comic Book shared a post on Instagram of a shot from Peggy’s funeral in Captain America: Civil War.

The scene sees the pallbearers carrying her coffin towards the front of a church.

Fans will remember that Cap was one of these, but Comic Book reckon the white-haired old man also shown is his older-self from the end of Avengers Endgame. Are there two Caps here?