Episodes of the BBC show have seen experts giving unbelievable valuations for many wonderful and weird items but the most recent Antiques Roadshow, featured a “rare” Omega Speed Master Professional watch worth a small fortune.

Antiques expert Richard Price was thrilled to be presenter with a special moon which watch, which he explained astronauts “Armstrong and Aldridge wore on the moon in July 1969,” making it the first timepiece worn in space.

Richard began by asking the very lucky guest when he got hold of the watch.

“1968,” the guest replied with certainty as Richard remarked that it was “pre-moon”.

Talking about what he was doing around that time in his life, the guest revealed he was in the merchant navy and approaching his 21st birthday. 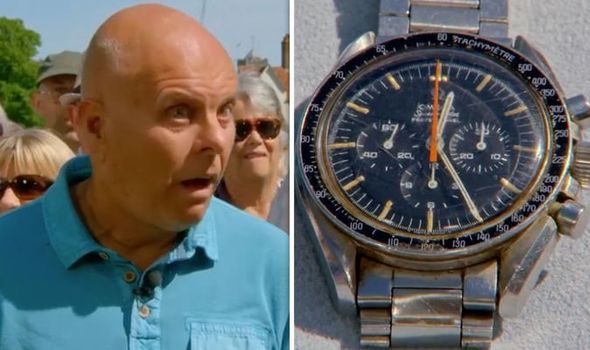 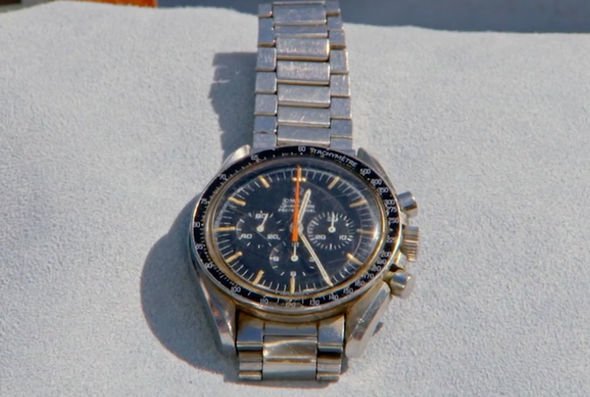 “My parents said, ‘What would you like for your 21st birthday?’ and I said, ‘A nice watch,’” the guest told Richard and the attentive crowd.

It was through a wholesaler in Hong Kong that he got hold of the exquisite watch whilst travelling for work, he recalled.

Holding a postcard with a picture of a ship sailing on it, Richard asked if that was the ship the guest was on. “That was,” the guest responded with haste.

“I sent it to my parents from Cape Town,” the guest said of the significance of the postcard before reading out what he’d written many years ago. 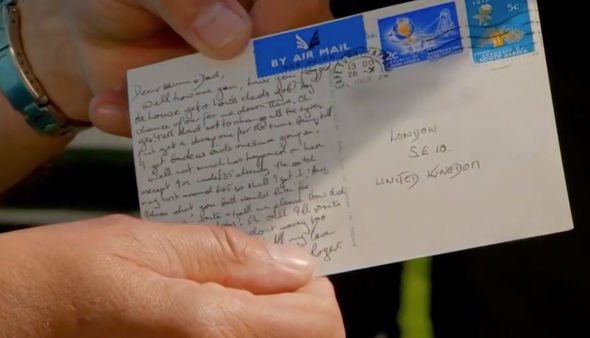 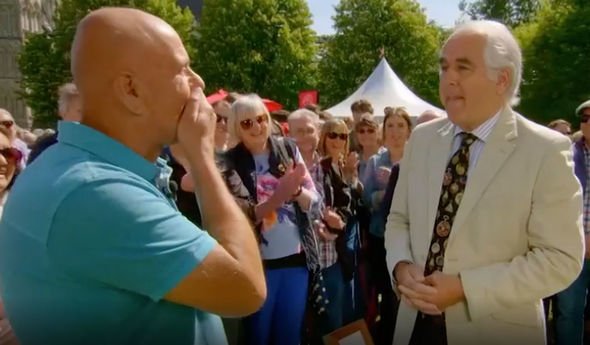 Struggling to read at first, the guest said: “I’ve seen a watch, it might cost £45.”

Thinking it was just an ordinary Omega Speed Master, Richard handed the receipt over to the guest who read the description: “Omega speedster.”

“It is in slightly scruffy condition, how long did you use it for?” Richard asked the guest while some members of the crowd laughed.

Giving it some thought, the guest recalled using it up to 1983, noting: “I was sailing quite a lot so it got a bit of abuse.”

Detailing the red hand on the watch, Richard said it was very “rare” to find on a Speed Master and explained it’s significance to the happy guest.

“It is the model that we refer to as The Ultraman made in 1968 only for a few months and most of them went out to the far east,” he said.


Richard got the guest to recall what he’d been earning then which was £10 a week which was his monthly salary.

“Okay how do you think it’s performed today?” Richard asked the guest.

“Well it’s done pretty well but I’m not really sure,” the guest responded with a smile.

Excited to reach its valuation, Richard told the guest: “I’m not going to stick my head out anymore but without any hesitation, £30-40,000.”

The guest’s jaws dropped in utter disbelief over his luck while the crowd gasped and applauded his good fortune.

“I trust that’s more than a month’s salary for you now,” Richard joked.

“Just a bit bit, bit more than my pension,” the overwhelmed guest said while struggling to find the words.

Antiques Roadshow airs Sundays at 8pm on BBC One.