When Antiques Roadshow visited Forty Hall in Enfield, expert Alastair Chandler had the opportunity to take a look at an Omega wristwatch. The owner explained how he paid just £4 for the item, 60 years ago and it was now worth £3,000.”

Alastair began: “So as a watch specialist, my problem is deciding which one of my watches I want to wear.

“But you’ve brought your watch along, is this part of a collection? Or this your everyday, go to watch?”

The gentleman replied: “No, this is my personal watch. I’ve worn that for over 60 years.”

“For a watch that you’ve worn for the last 60 years, I think it’s in remarkable condition,” the expert added. 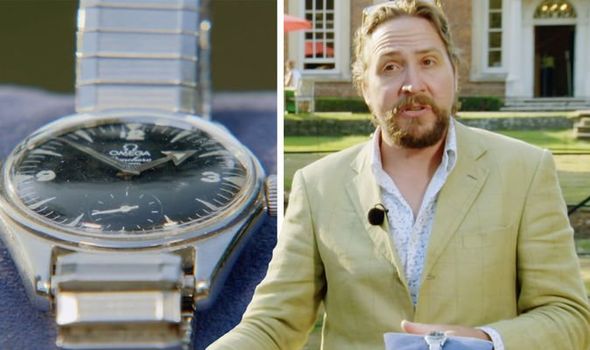 Alastair then took a closer look and explained the details of the item: “This is a Swiss made Omega Ranchero wristwatch. So, tell me, how did you come to acquire it?”

“I served in the RAF in the late 1950s,” the guest revealed. “One of my colleagues, a friend, used to buy things and then for some reason, three or four months later he would sell them for much less than he paid for them.

“That was it, he took it off his wrist and it’s been on mine ever since,” he added. 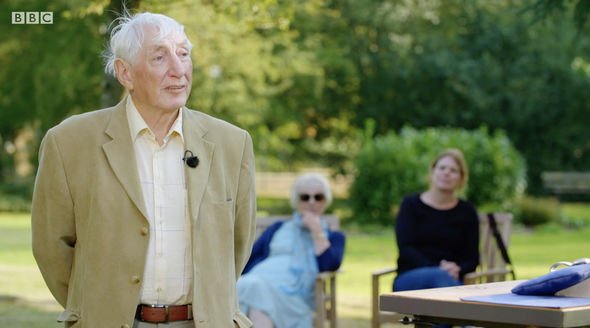 “What I particularly like about this watch, I just love the design and particularly the dial,” the Antiques Roadshow expert said.

“You’ve got this wonderful black dial with these very, very clear minute markets all the way round. It’s quite a military looking watch isn’t it?

“And that’s quite indicative of Omega of this period. When did you buy the watch?” Alastair asked and the man replied: “1959.”

“Okay. In 1957 Omega released three of its sort of main what they call tool watches,” Alastair explained. “So not watches to wear out and about, watches to work in. 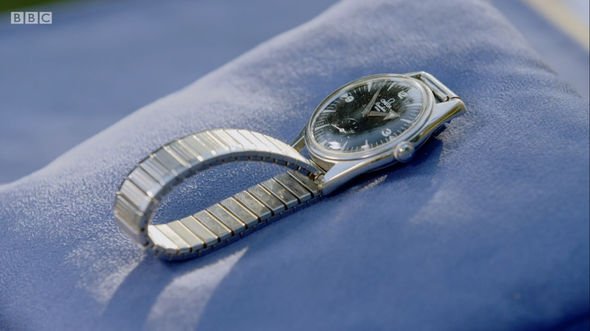 “You had the Omega Seamaster 300, you had the Speedmaster, which later when into space, and you had the Railmaster.

“Now, a year later, they produced this watch in 1958, but this watch, the Ranchero, was designed as a slightly entry-level watch, a slightly cheaper watch than the other three watches.

“The only problem Omega found was with the name, because Ranchero translates roughly to rancher or ranch hand, which didn’t seem to sit very well with their potential buyers,” he continued.

“So in 1959 they stopped production and just sold off the rest of them. They literally sold and produces this watch for about two years.

“Moving ahead, for now, it’s become one of those sort of watches that collectors are very interested in buying,” Alastair compete.

“Now you said you paid £4 for it…I think it if came up into auction now, someone would be happy to pay around £3,000 for this watch in this condition.”

The owner exclaimed: “Really? A good £4 worth.”

Antiques Roadshow airs Sunday evenings at 9pm on BBC One.