Antiques Roadshow visited Christchurch Park in Ipswich for a previous episode of the popular BBC show. Antique expert Alexandra Aguilar valued an imperial Chinese porcelain vase on the show and reduced the owner to tears when she revealed it was worth between £30,000 and £50,000.

Alexandra began: “Dragons in Ipswich that’s not something we see every day.

“So, please tell me what do you know about this vase and why did you take it here today?”

The guest explained the item had been in her family for years and had once belonged to her grandparents.

“When my parents died I got it because I really loved it,” she explained. 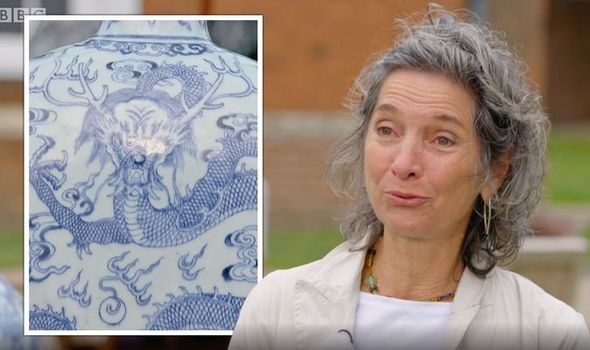 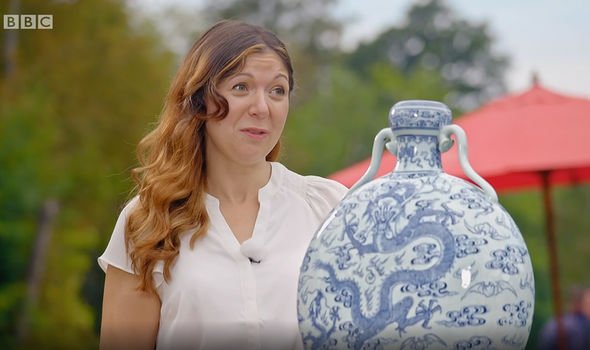 “I’m really interested to know more about it,” the guest added.

Speaking about the design, Alexandra noted: “You have this wonderful ferocious-looking confronting dragon at the front here, with these five claws and floating above this sacred pearl of wisdom.”

She remarked that judging by the decoration the vase was likely to have been from the 18th century.

However, she did spot some faults: “If we look at the base we can see there is quite a big crack there. 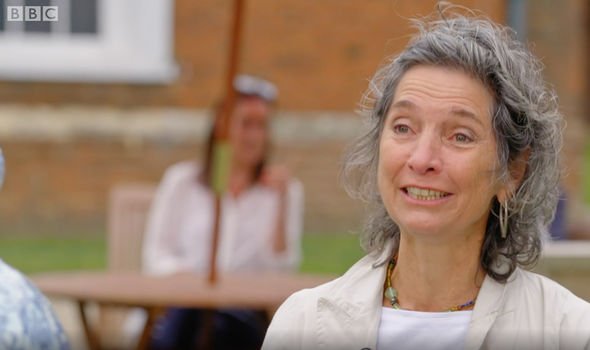 “It’s a manufacturing fault actually. It happened when the vase was fired,” the expert commented.

Alexandra also explained how the design wasn’t quite completed, pointing out that the bats on the vase were just outlines because: “They would have been painted at a later stage with colours.”

She went on to share her verdict on the value of the vase: “Even though it’s been rejected as a vase because of the flaws – you can see there are a few stains, a few dots – it’s still a very rare thing.

“So, at auction it would probably be worth thirty to fifty thousand pounds,” Alexandra declared.

Stunned by the valuation, the owner replied: “Oh. That’s still shockingly surprising. I thought you were going to say 30 to 50 quid!”

Alexandra exclaimed: “You have a piece of imperial Chinese porcelain in your house.

“I hope it’s good news. I hope you’re not too disappointed,” she said while laughing at the guest’s reaction.

Breaking down in tears, the guest replied: “I’m nearly speechless.”

“Now shall I tell you how much it would have been worth if it had been painted with the overglaze?”

“Okay yes,” the guest nervously replied, with Alexandra revealing: “It would probably be between two, three or four million.”

“Woah,” the guest exclaimed, as Alexandra thanked her for bringing the item in.