Antiques Roadshow is a huge hit in the UK and overseas in the US. During an appraisal on the American version of the show, an owner of a Henry Francois Farny painting was left in tears as expert Meredith Hilferty revealed the piece was worth over £200,000.

The guest revealed: “So, this is a painting that I was given when my grandmother passed away.

“It always hung right above her bed. Her dad, I’m guessing, would’ve given it to her after she spent the summer at a dude ranch when she was 19, in, like, the ’40s.

“Not sure if it’s a print or a painting, but when I got it, there was a mosquito underneath the glass.

“So I took it out to the front yard and I opened it up to get the mosquito out, so I could take it with me to college, and then it kind of scared me a little.”

“I closed it back up immediately because it looked like it might be real,” the guest added. 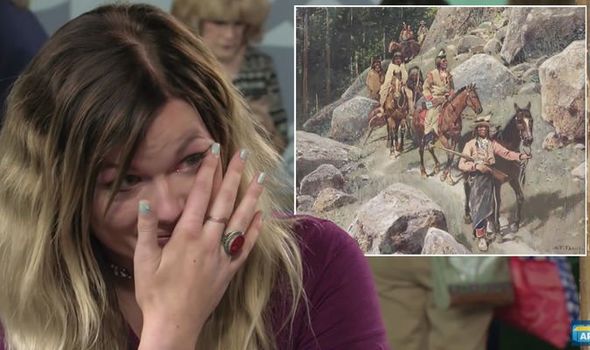 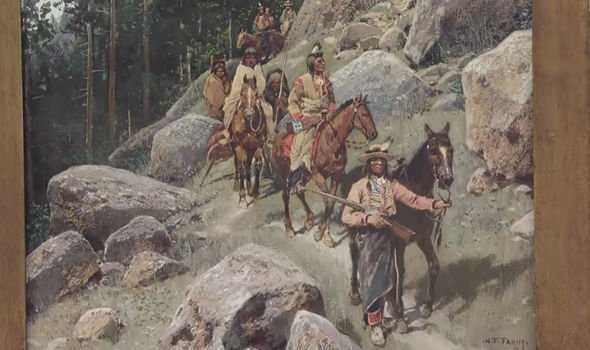 “It was appraised in, like, a general house appraisal twice,” the guest continued.

Meredith questioned: “Okay. Do you know anything about the artist? Have you done any looking into that?” 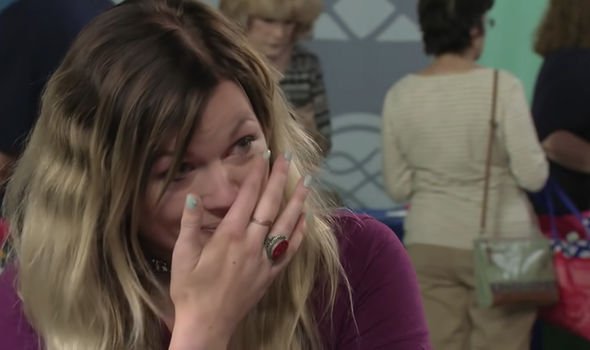 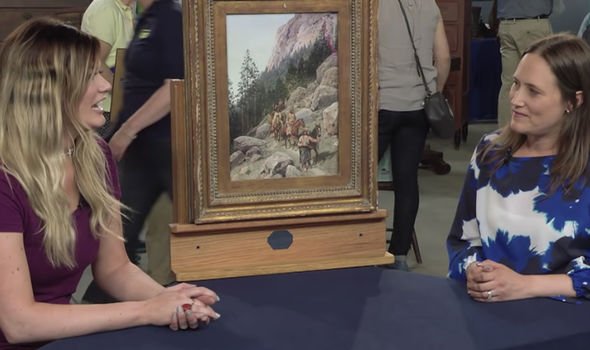 “I know he was born in France,” the guest replied. “And then he moved to northern Pennsylvania, so he could have been in the area at the time when he was painting it when it was given to my grandmother.

“And then he moved out to Ohio, but he had associations with, like, the Sioux tribe, so they actually adopted him in.

“And they gave him a cypher, ‘Long Boots,’ and that’s what that little circle underneath his signature is.”

Meredith explained: “So, that’s the artist, it’s Henry Francois Farny. He was born in France.

“He came to Pennsylvania when he was about six years old. And when he was living in Pennsylvania, he began a relationship with the Seneca Indians, and that’s really where his fascination with the different tribes began.

“This piece is really interesting because it’s a dense group of figures, which is very desirable in his work. He did, eventually, spend a lot of time with the Sioux Indians, and they did adopt and gave him the name, ‘Long Boots.’

“This is really his most prolific time. 1890 is about when we start to see some of his very best paintings. He represented the Native Americans in a very kind of peaceful, tranquil way, and you can see that in this painting.

“He didn’t ever really bring conflict into his work as some of the other artists from that time did Charles Russell and Remington kind of would show the conflict with the Indians, where he really wanted to just show the Native Americans in their natural environment without too many other things happening besides the landscape around them.”

Breaking down in tears, the guest said: “Oh… So I can’t hang it up. Oh, my God. Oh… That’s so much. I don’t even know what to say. Should I have left the mosquito in the back?”

“It’s actually not a bad idea that you took the bug out. Ultimately we would like for a conservator to do that,” Meredith replied.

“But the bug would have continued to decay and caused a stain or something that you could’ve probably had a conservator work on. But, no, it’s good that the bug wasn’t there any more.”

“Oh, jeez. Oh, my goodness. So I’ll keep it away from my dog,” the guest replied.

Antiques Roadshow continues on BBC One on Sunday at 8pm.